These IIT Madras students are getting ready to make cars 'communicate' with each other!

Dynamove is an integrated intelligent traffic solutions product, conceptualised by three 21-year-old IITM students, which will use a hardware platform to make transportation simpler, safer and smoothe

If you are wondering what the future in India looks like, here is what it is - our cars will be 'talking' to each other. And no, we are not kidding!

Three 21-year-old IIT Madras students have with their collaborative superpowers in AI, robotics, operations research and hardware design come up with an innovative solution to bring in features envisioned for self-driving cars to non-autonomous vehicles plying Indian roads.

Dynamove is a completely integrated solution for solving traffic issues, conceptualised by Rohan Rao, Abhijit Gupta, and Rajat Rao - three hostel wingmates, who have spent a considerable amount of time battling Bengaluru's (their hometown) traffic and mulling over how to solve it.

The team will be creating a retrofittable Advanced Driver Assistance System (ADAS), which will be placed in front of the driver of the vehicle - essentially enabling one car to be able to "talk" to another vehicle, to smoothen traffic flow. The ADAS system will host a range of features like camera, display and hardware accelerated vision algorithms which can predict collisions right before they happen. Apart from this, the product will also recognise traffic signage, lane departure and will also monitor the vehicle's health via predictive analytics. 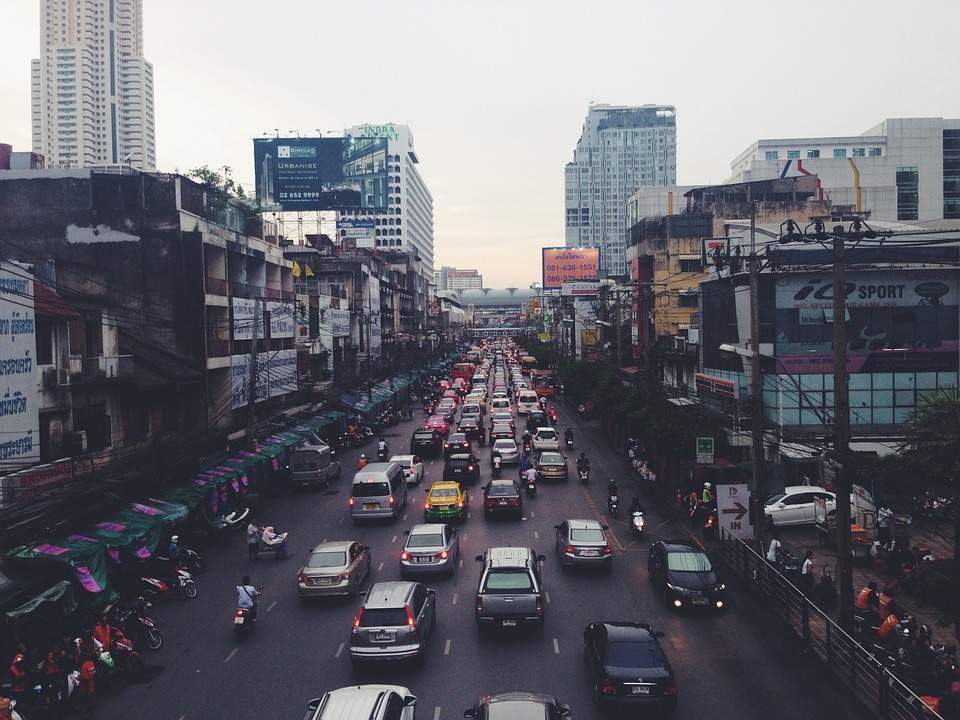 Cars overdose: There are around 25 million cars in India alone, with a 10% annual growth rate

What's better is that when Dynamove hits the market, the product will be pocket-friendly. "We have intentionally focused on low-cost innovations in the hardware design as well as the algorithms to ensure that it will be widely accessible to every Indian on the roads today," the team says.

There are around 25 million cars in India alone, with a 10% annual growth rate. Dynamove stemmed out of the need to address the traffic and transportation issues which India faces every day, making driving both smooth and safe. The India-focussed concept aims to integrate all aspects of traffic management to one retrofittable module, among non-autonomous cars. And what better than a device which can, in its own way, 'communicate' with other vehicles and traffic based infrastructure to make transportation easy?

While the team is looking to get their product out in the market by early 2019, they are quite aware of their challenges. "The main challenge that we face is in the diversity of skills required to build and distribute any hardware and since our plan is quite broad, we are pipelining our features with an emphasis on the core technology and we'll scale one step at a time to create a full-fledged operating system of sorts for vehicular traffic, apart from a bunch of engineering challenges," the team explains. But they do believe that their unique hardware architecture and state-of-the-art algorithms will help them solve issues one at a time. Besides, they are also fully aware that their entire conceptualised product may not be out by the expected time, however, they are looking at releasing chunks of it and upgrading it on the way.

Dynamove is also a part of Nirmaan - IITM's pre-incubation cell which will help them with seed funding and mentoring for their product.

The three-member team started working on the specifics of Dynamove's model only at the Flipkart Gridlock Hackathon last year, where they were finalists and eventually acknowledged the potential of their product. They now work on it full time with ten other IITM students working on various aspects of the product.