Pre-school be so mainstream: All you need to know about mom-toddler classes

Since the child gets to meet a lot of children of similar age groups, it is said that they find it easier to cope up better with the school and get away with the initial shyness

Once I overheard a conversation between a married couple. Their only child was then four and the parents were too hesitant to send the little one to school. “Isn’t she really young? The next 20 years of life will obviously be in schools and colleges,” the mother wondered. I don’t know what happened next. This was five years ago. Cut to 2018. If you see a young mother and her six-month-old going to a school every day, do not be surprised. Chances are that they might be attending mother-toddler classes.

If the concept sounds alien to you, let me explain — let us call it a ‘pre’ preschool. Babies as young as six-months attend classes here with their mothers or fathers, where the child is trained in basic motor, sensory, imagination and verbal skills. The parent tags along for obvious reasons. Since the child gets to meet a lot of children of similar age groups, it is said that they find it easier to cope up better with the school and get away with the initial shyness.

These programmes might be new to Indians, but they’ve existed in the West for a very long time. That is what inspired Sujata Iyer to start Mommy and Me With Su in Bengaluru. “I’ve attended a similar class when my daughter was a baby and I felt that that helped her a lot. So, when I moved back to India, I began the class here,” she says. Sujata encourages more parents to join the classes and says that it helps them adapt to their surroundings which might come useful in later years. “It’s not just the mothers. Fathers and other family members are also welcome. But not the nannies. They can stay out for some time,” she says.

Sujata Iyer, Founder, Mommy and Me with Su

Most of these classes claim that their sessions make the child smarter and improve their motor skills.

Now, let us look at the other side of the coin. Child behaviourists and psychologists all over the world have said that these classes are a result of unfulfilled desires of parents, which in turn forces them to push their child into different training sessions and classes right from a young age. They seem to try to inculcate skills in their little ones from a very young age.

Do you remember the Modern family episode where Mitchell and Cameron take Lily to a similar class, where they realise that their toddler couldn’t build blocks, while a few other babies could? You might also recall Mitchell’s face turning red with jealousy. Turns out, the problem is very real. “You can’t completely ignore this problem. Every parent wants their child to be the best,” says Vivienne Vidyasagar, who runs Rhyme n Rhythm in Bengaluru. Did we forget to mention that these programmes are primarily aimed at affluent urban parents? That is what we see from the cost from different centres. 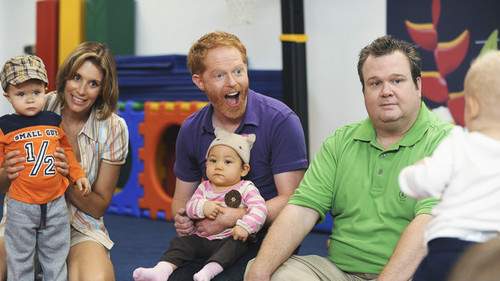 But parents who’ve attended these classes with their kids seem pretty happy. Richa, who took her son to a similar class in Chennai shares her views. “My son had shown a lot of improvement and these classes are a boon for new-gen mothers. But again, sometimes the curriculum gets too boring and the children might not listen to the classes,” she says.

Psychologists also say that the relevance of these classes vary from child to child. “For some children, it is definitely a boon as they might have good social skills. Also, they learn things easily in a group But others might find comfort in the individual attention inside their homes. The key is to make sure where your child is comfortable,” says Meghna Sankar, a psychologist in Kochi.