The second edition of the Indian Education Fair started with Mohamed Al Nuaimi, Managing Director and CEO of Mawarid Finance, inaugurating the fair at the Grand Excelsior Hotel, Deira

Are there good, safe hostels and is there globally relevant education? This was the question on pretty much every parent's mind as they walked in to check out what the top institutes in South Indian had to offer at The New Indian Express' Indian Education Fair 2018, that started on December 7 and will continue on December 8. Luckily for them, they found most of the answers.

Bringing to Dubai the best that South India has to offer in terms of education, the second edition of the Indian Education Fair started with Mohamed Al Nuaimi, Managing Director and CEO of Mawarid Finance, inaugurating the fair at the Grand Excelsior Hotel, Deira. He also visited all the 20 stalls set up, which were teeming with eager students accompanied by parents. All of them had the chance to interact with representatives of academic institutions, training academies and schools.

From six-year-old Sarosha Sylvestina, who is interested in arts and took the help of the psychometric assessment test to zero in on her calling to 17-year-old Ashwin Santosh, who was accompanied by his father and was exploring opportunities to pursue engineering in India, the fair had something for everyone. 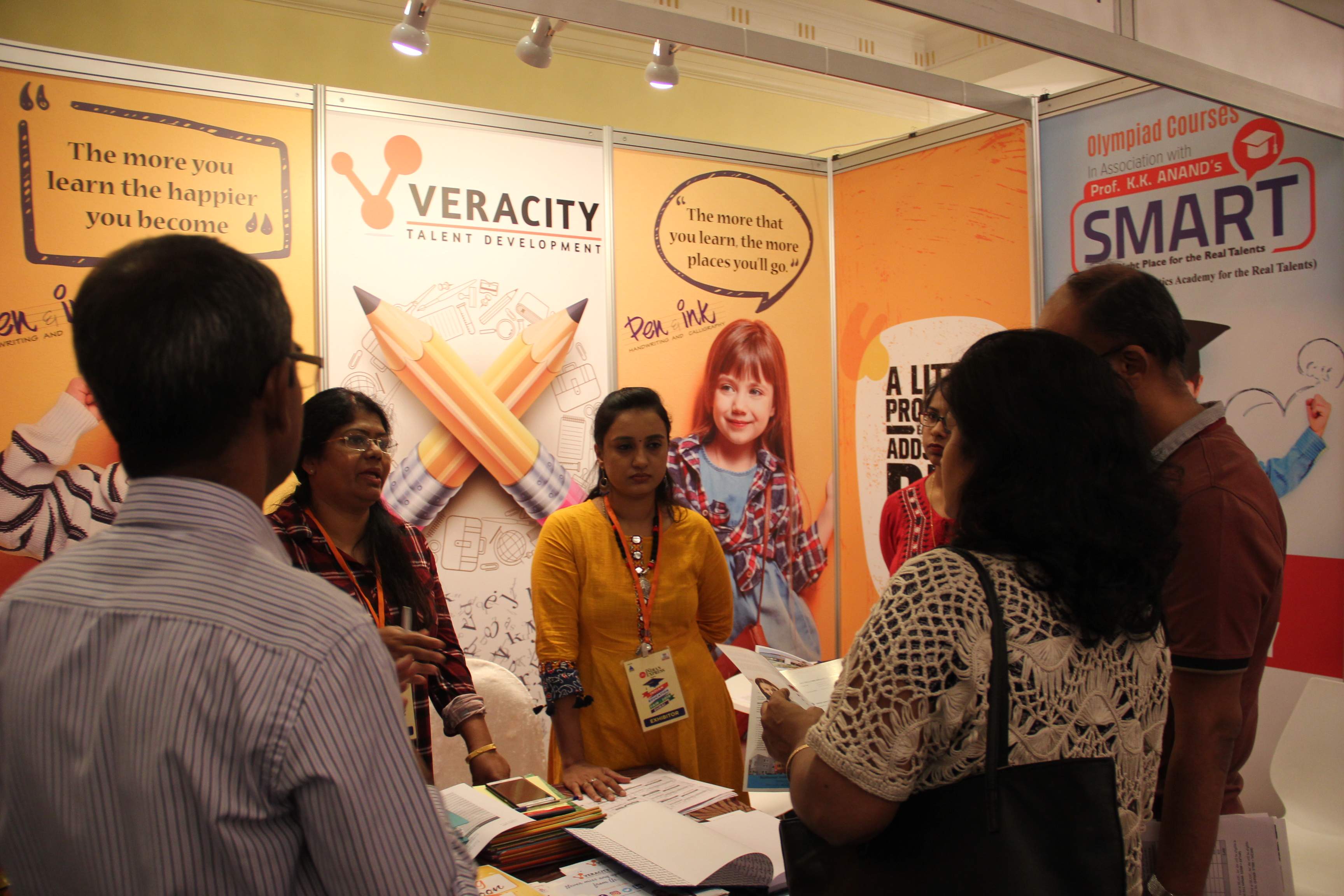 Right choice: A group of parents at a stall

Seshan LV, who was looking for opportunities to pursue Computer Science for his son studying in class XI, said, "What we are here to inquire about are the fee structures, scholarship opportunities and other details which will help us decide what is best for our son." Another parent, Rita Kapoor, whose daughter Chandini will be appearing for NEET next year, is keen that her child pursues Medicine in India. "I've heard such good things about education In India, especially the hostel facilities, which will ensure that my child gets the best education in a safe and secure atmosphere. And of course, Indian doctors are the best," she added. Rama Venkatesh, a 17-year-old who was keen on pursuing Bachelor's in Architecture said, "India is definitely one of my options."

Also, opportunities to take a psychometric assessment test to understand which field students are inclined towards, participate in goal setting programmes and learn the secrets of memory power from International Memory Coach John Louis were all available under one roof. Some of the institutes one could find were Vellore Institute of Technology, SRM Institute of Science and Technology, Manipal Academy of Higher Education, Hindustan Group of Institutions, Shankar IAS Academy, First Bench, Thamarai International School and more. 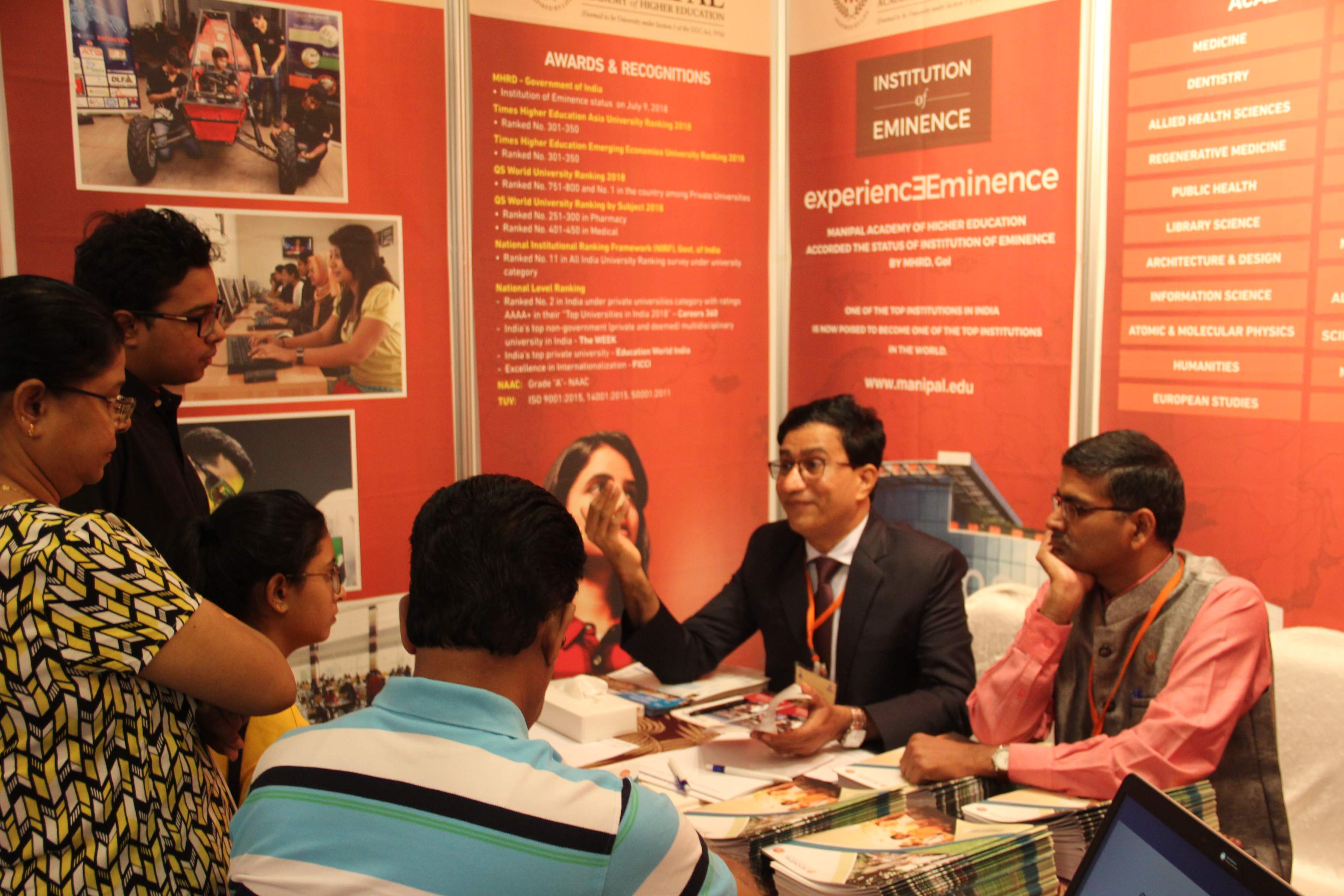 Learn it: The students could find a lot of courses suiting their interest

Suchanda Dutta, Admission Counsellor (International Relations) from SRM University, informed that the trends were overwhelmingly positive, "Parents are inquiring about MBBS in great numbers followed by BTech and other streams." She also added that parents were concerned about hostel facilities and safety. Najwa Jifri, a teacher from MES International School confirmed this and added that these concerns were standard among Indian parents in Dubai.

Smitha SundaraRajan from First Bench, a training institute for NEET and JEE based in Chennai, said that upon interacting with the parents at the expo, they gained the insight that parents prefer a system where video conference classes are supplemented with physical classes as well. This was of great importance for the universities as well.

(TNIE's Indian Education Fair 2018 will continue to be held on December 8 at the Grand Excelsior Hotel, Deira)