How IDSFFK has become an important platform for Kerala's student filmmakers

The International Documentary and Short Film Festival of Kerala (IDSFFK) was introduced in the capital city of Thiruvananthapuram in 2007. In its 11th year, the festival, which was organised by the Kerala State Chalachithra Academy for the Development of Cultural Affairs of the Government of Kerala as part of its recent efforts to jumpstart a vibrant documentary and short film movement across the state, was held on July 20 to 24. "The state has been trying to increase the accessibility and affordability of media technology and it has been working," says Tony Xavier, the festival organiser, "We offer film enthusiasts a chance to display their talents when it comes to an array of themes within the fiction and non-fiction genre." The festival works towards creating an environment where young filmmakers can explore the various concepts and themes that they contain.

We spoke to four winners of the Campus Film category about navigating the work of film in their youth and the importance of recognition at this time. Excerpts: 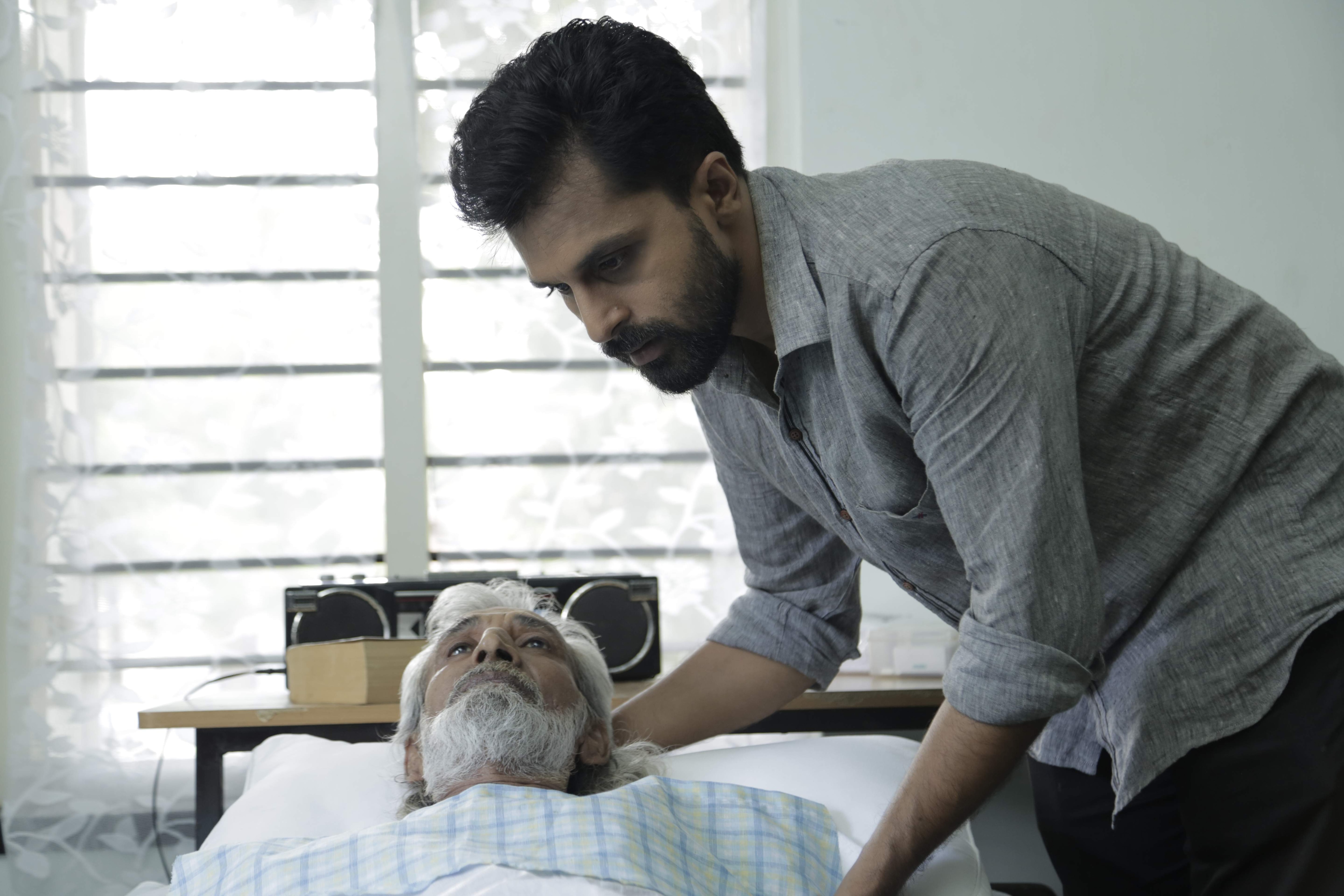 A life in review: The film tells the story of an old man and his caretaker

The film is about an old man who is paralysed and completely dependent on his servant, who is in a dilemma about fulfilling a complicated wish of the old man. We are going into their lives for a single day. What is interesting is that we get to share in their frustrations and various emotions. It is open to interpretation and we get to ask ourselves questions about the value of life and how important it is. We do not know what happens in that home after we leave. The story is based on a story called Rolling Stone by Sreekumari Ramachandran.

Basically, our structure was: I was in charge of direction, Uma Shankar was in charge of the camera, Prathyush Prakash was the editor and working on sound design. Although our institute, LV Prasad Film and TV Academy, is a private institute, the benefit we had was that we had a few limitations. We had a budget and we could choose whether we wanted to stick to it or not. Honestly, I have learnt that it is better when we have to work within a certain framework. For this film, the set was simply a single bedroom and a few people coming in and out. I have often felt that the restrictions have been a huge benefit for us because being able to stay within that budget and continuing to shoot a film in the way we wanted was very useful for us. It was a necessary evil that gave us a sense of seriousness.

After we completed our project, the college sent out our work to various festivals. Our institute is also in Thiruvananthapuram, so that was a benefit in some way. As a student, I have been be a frequent audience at IDSFFK and I have been to various other festivals as well. For a film lover like me, film festivals are like Mecca. So, to be able to have my film screened and recognised at such a platform was an honour. And from people's reaction to the film, I was able to see many perspectives I had not seen before. 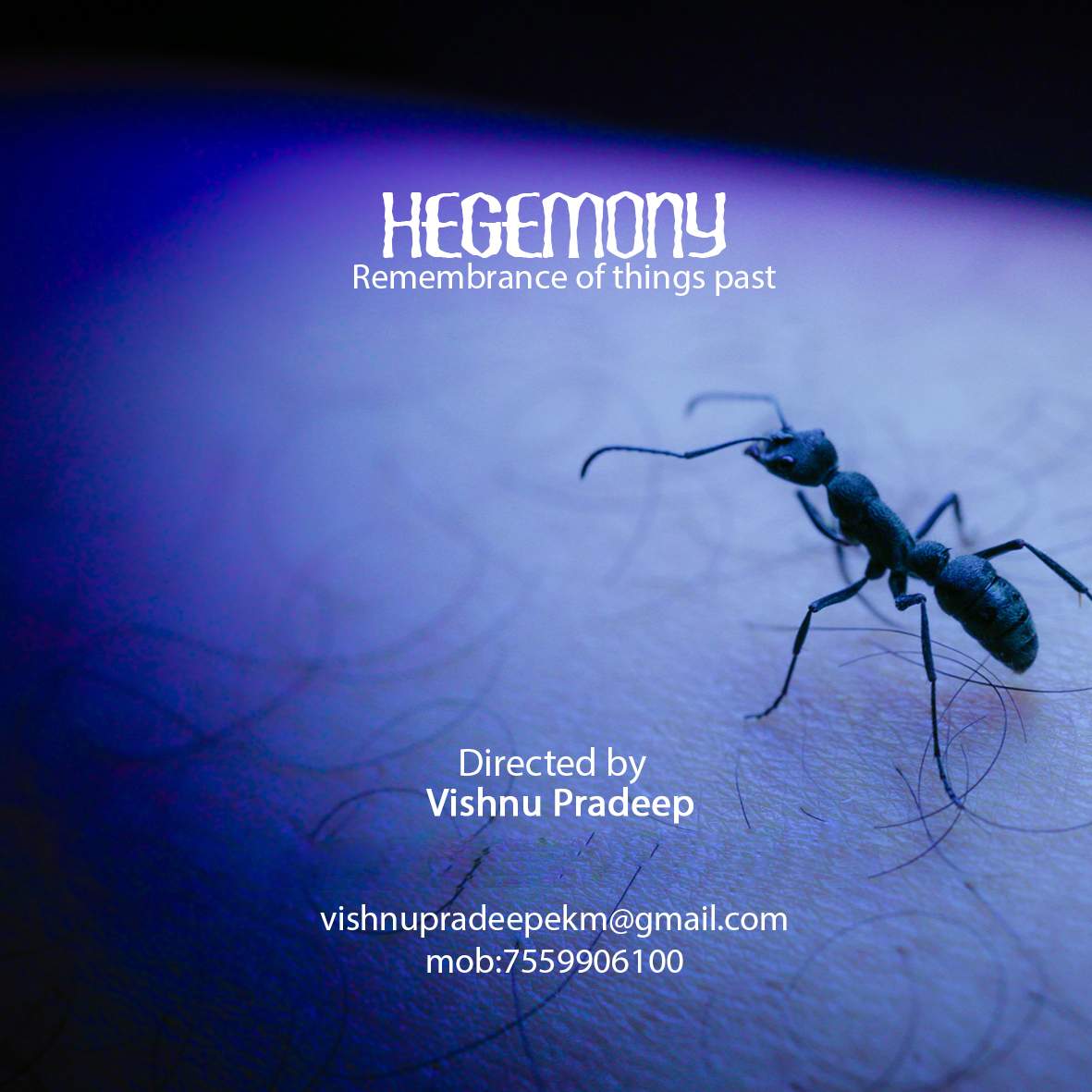 Dark dreams: The film explore the political powers that control us

Hegemony is a cinematic visualisation of a dark dream where the external political structures continuously hunt and suppress the inherent quest for freedom hidden deep inside people's consciousness. To each person who watches it, it is a different experience. Different people will have different stories to tell. This is a basic story about individual thinking and politics. It is about the political forces that control our lives from within and from the outside. They have been hounding us for so many years. It is basically the representation of a fantasy of this sort. It seeks to remind the general population that we do not control our own lives. It is corporate bodies who make decisions for us. So we have taken the example of an ant on a human body and it possesses symbolic value. It is a film that you have to watch to understand.

Financial aspects are extremely important when you make a film. A large chunk of the money we needed came from a friend, Lakshmi CR. We got almost everything, including support, from friends and our close-knit community. All we needed was a single actor and an ant. The role was played by a student from Law College, Vyshakh P and the concept itself was from Sreenivasan Ramachandran, another friend. For students to make a film is possible and often a requirement. But most people don't realise how difficult it is for us to do it. There are so many limitations when it comes to filmmaking. It might be easy to do it in film institute, but for those of us who study outside, it is a whole other story. I believe that the funding should come from the universities itself.

This is the first time that someone from our university, Sree Sankaracharya University of Sanskrit, is getting such a recognition. So even within the university and among our peers, it was a huge surprise that we were able to get this opportunity. So to be given this small nod in our favour is a huge accomplishment for us because students like us are rarely recognised. Even more than getting a prize, which is obviously given based on political preferences and various politics within the jury, what we did is prove to ourselves and other students like us that anything is possible. 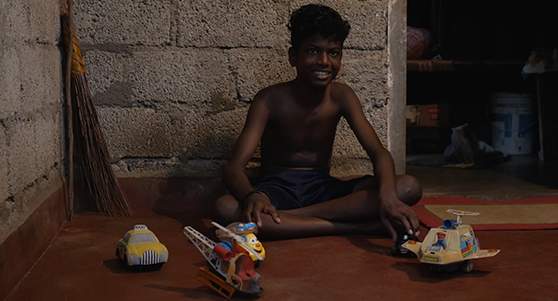 In the heart of conflict: The story is about four individuals who are changed by money

The film is about a conflict that arises between four individuals who plan to take part in an illegal job for money and how it changes their lives. It also focuses on this tendency of greed that we have in our lives. Four of them receive something that they do not deserve. It could be money or anything, but I represented it through blood money that was secured illegally. The story touches upon how differently the four react to it. Most of them are violent and involved in criminal activities. Although they are doing the same job, they have different approaches to life. So it illustrates this tendency of people to always want more when they receive something.

I never had a particular desire to create something unusual or special, I just wanted to make something I hadn't made before. In the amount of time we were given and the schedule, we were not working independently. So everything happens within this smaller framework, within the time and date that we are told to work in. I wanted to create something that was a little dark in nature, with a little violence because that is the type of film that we ordinarily watch. For us, it was a chance to try something. We have a lot more different stories to create in the years to come; this was like a trial run. An issue we all face is how to make the film we want to make inspite of all the limitations we face. So we learn to compromise and manage accordingly and it is all a part of the learning.

It is the institute that selects the films, we did not decide it personally. Once it was selected, it opened so many doors for us. It is a platform where people who love cinema come together. It is one space where we are all able to connect and work together. And since the audience itself is made up of people who have critically analysed and been exposed to so many different kinds of movies, they are able to give us valuable inputs and are able to understand our work. So, it is a great platform for people like us to present our work. To be able to screen our film in front of a crowd like this, it was a great honour and we received so many inputs from people who knew what they were talking about. 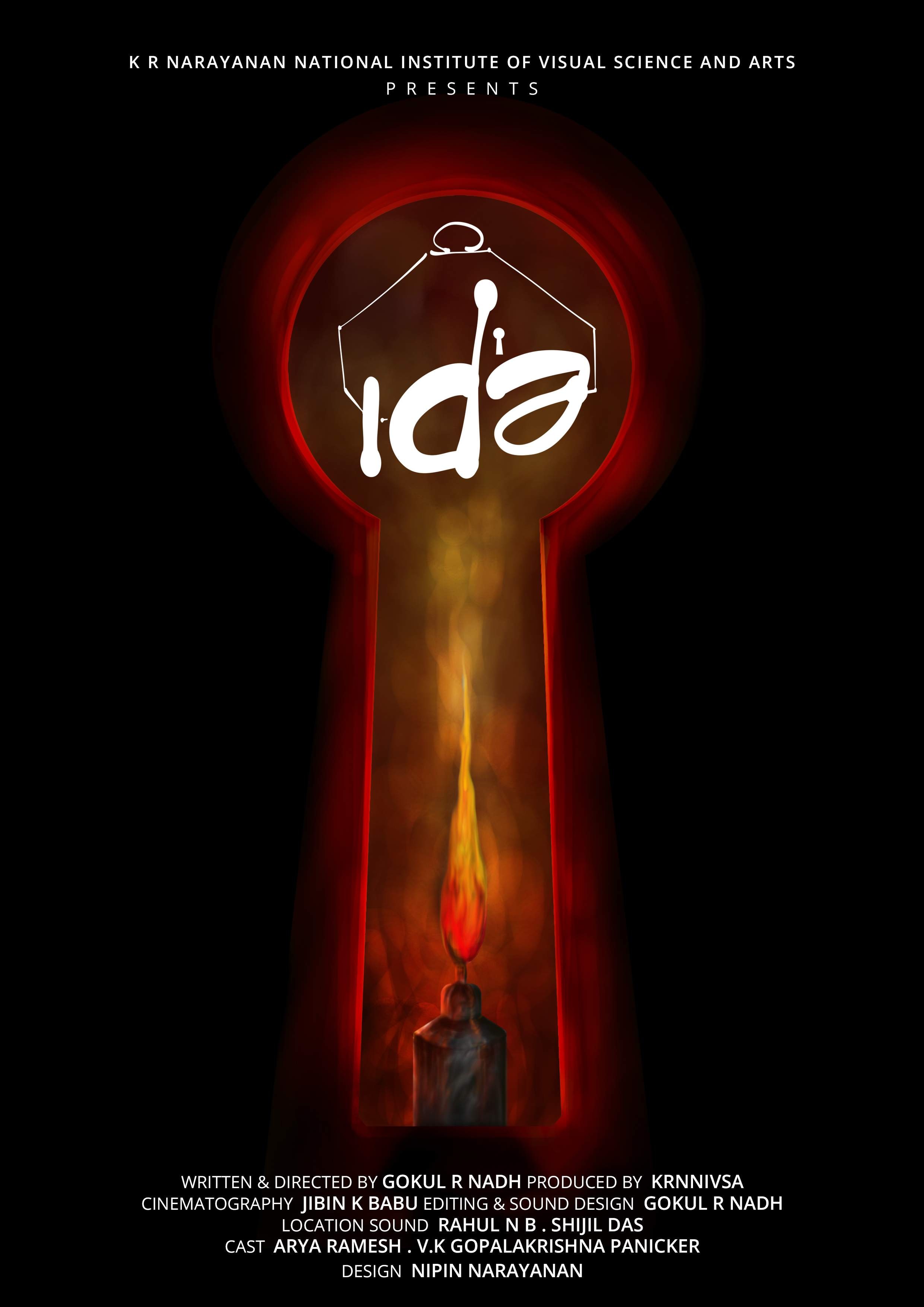 Mind the gap: Ida explores the gaps that grow between people

The film tells the tale of a young village girl whose life revolves around her day-to-day routine that involves looking after an estranged father, until she finds an old mysterious treasure box. The word 'Ida' means gap. It is about the communication gaps that grow within families. We say that it is the gap between two worlds. The daughter receives a treasure box in the film and she shares it with her father. She has a routine every day with her father which is changed because of this box and this alters the course of how they relate to each other, bringing a conversation between them. The issue could have been resolved through a simple conversation between them, but that is where the gap comes in.

Since it was a college project, each of us had a specific responsibility. For instance, the camera was handled by Jibin K Babu. It was the first time he was performing such a role so he used basics. The sound was also taken care of by people who were new to it. We grew together when we navigated our way through it. People who were studying different courses contributed by doing whatever it was they were capable of. For us, this led to some difficulties and also a few opportunities. All of us were students, so we were essentially figuring it out as we went along.

In my first year at K R Narayanan National Institute of Visual Science and Arts, it was our college that received the award for Best Film. Their were meetings with the director and a talk show event where we watched in awe as students. So this feels like a full circle. I've always had that excitement about it. I always wanted to participate and be a part of something as big as this. This film paved the way for us to come here.