Even after 70 years of functioning in India, British Council India is as enthused as it was when it started. But this 70th year is infinitely more special.

Wow! British Council India sure knows how to celebrate 70 years of not merely existing, but expanding and flourishing as well, is what we infer when we talk to its Director, Alan Gemmell OBE. In 2017, UK and India celebrated a bilateral year of cultural exchange — the UK-India Year of Culture — which was conceived by Prime Minister Narendra Modi during his visit to the UK in 2015, and indeed it has been special for both countries. But more so for Gemmell, who feels that, "though it's a privilege to be the director of British Council India at any time, the 70th year is something special."

So this year, they not only want to celebrate the 70 years that have gone by, but they also wish to inspire a relationship with Britain for the next 70 years. During this special year, their focus has been on increasing their digital presence in India along with concentrating on the northeast region and encouraging Indian women in the fields of STEM, Arts and more. They also want to connect with the youngsters of the country. So, through the plethora of activities that they have organised, their aim has been to reach out to the young. And since most of them are on their phones at all times nowadays, a bevy of exciting digital activities have been created to connect with them. "I believe in getting people with what they need at the right moment," says Gemmell.

He takes us through some of the most exciting cultural experiences and initiatives that they have initiated to celebrate the 70 years that have gone by. "We are inspired by India every day and all we want to do is share the stories of the things we have done together," concludes Gemmell. 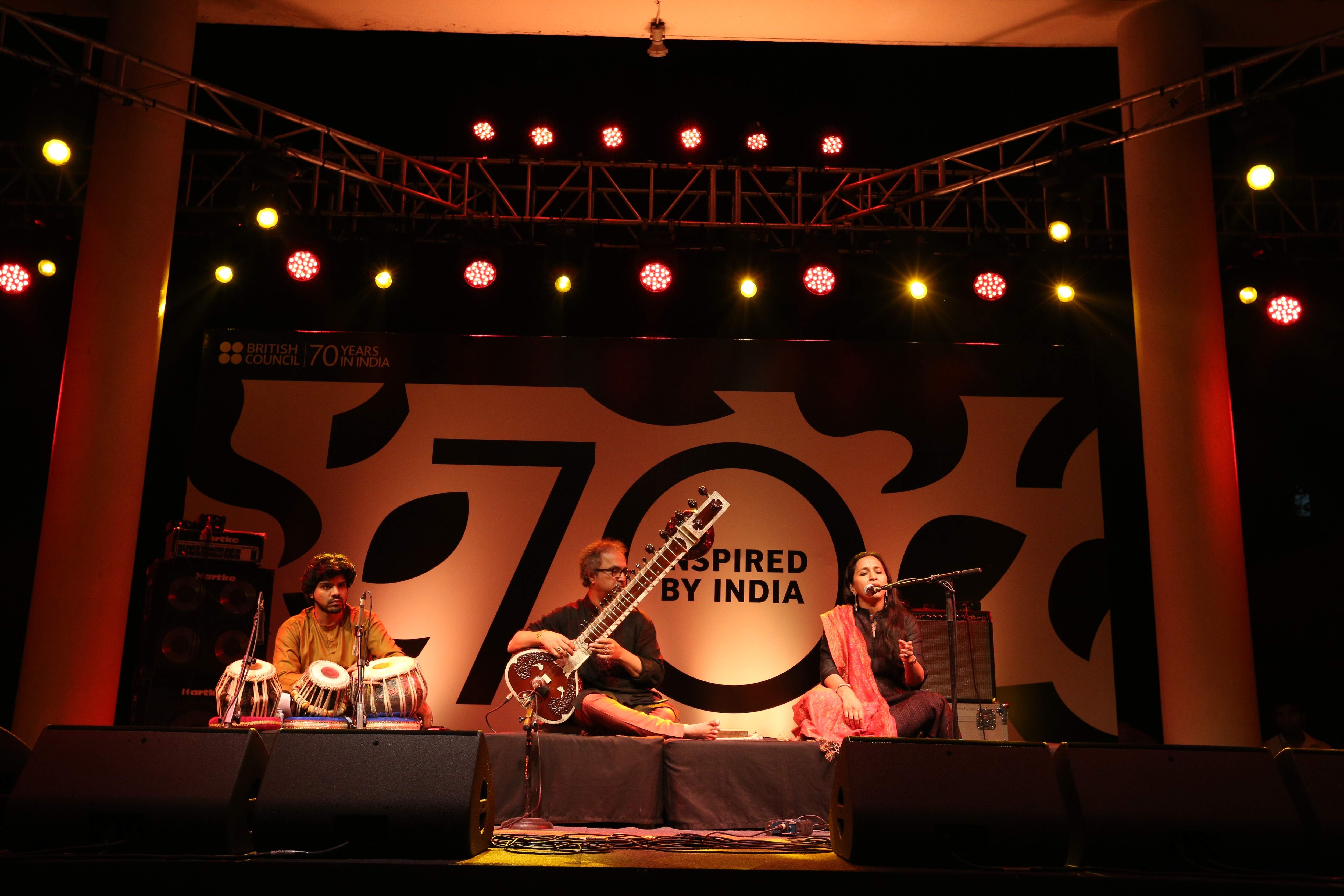 On stage: Mix the City, in action

Every city has its distinct sound and music, and Mix the City allows people to mix the unique sounds of Mumbai, Delhi, Chennai and Kolkata and create an original soundtrack. Gemmell was personally part of the team that developed this interactive medium in 2015 and more than two million people have experienced this till date. Developed alongside UK-based start-ups, Flying Object and Roll Studio, Gemmell's aim was to allow people to tell individual stories of their own city. "I personally love the Chennai mix. It really captures the soul and the spirit of the city," says Gemmell, with glee. Sivamani, Louis Banks and Taufiq Qureshi are some of the artists who are a part of this initiative.

Look at that!: Museum of the moon, Mumbai

Ever dreamt of directing one of the many scenes from Shakespeare’s iconic play, Romeo and Juliet? Well, here is your chance! With Mix the Play, you can even pick all your elements like the setting, music and cast. (You'll have stalwarts like Kalki Koechlin and Adil Hussain at your service!) All this and more will be possible through this interactive video platform. British Council India has collaborated with acclaimed director, Roysten Abel for this and Gemmell hopes that, "brilliant young people who want to be directors, and even actors, use this platform." Two's a crowd: Mix the Body in Bengaluru

Using this interactive dance platform, one can create a dance performance of their own on their smartphone. The dancers are from Bengaluru-based Attakkalari and from British choreographer, Wayne McGregor's dance company. "Dancers, through their choreography, get to create a new language," says Gemmell. And using Mix the Body, people get to express themselves through this language. 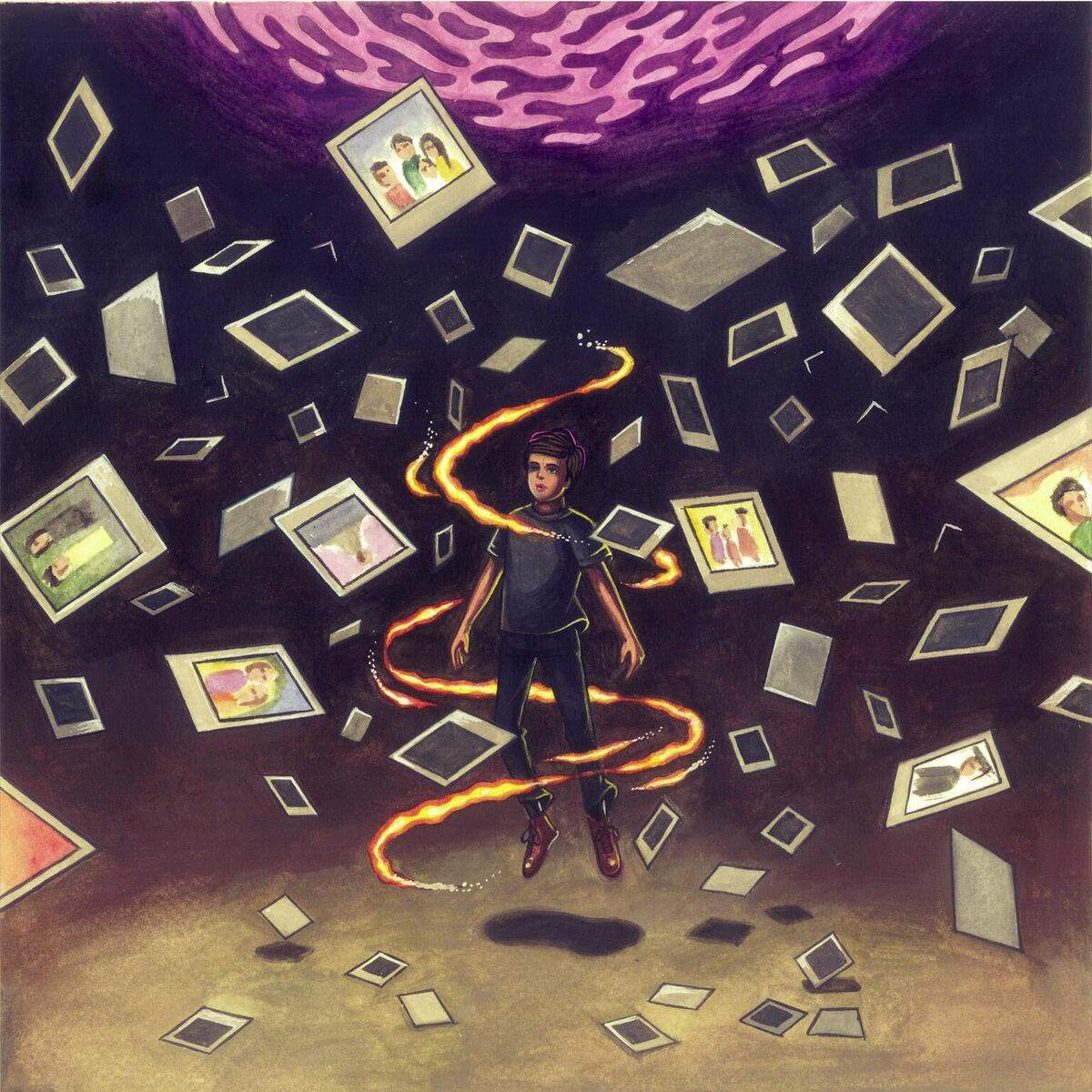 Picture this; the first sentence of a story is provided by Oscar-winning storytellers from Aardman Animations and the rest of it is crowdsourced from millions of young people. This story is then illustrated by seven artists from UK and India. This is how Saptan Stories came to be. Saloni Sinha was one such Indian artist who was chosen to illustrate. "We ourselves were surprised by the outcome," laughs the 30-year-old, adding that the project involved a lot of brainstorming. The story is about someone going through heartbreak and after a very Alice-in-Wonderland-like experience, finding some relief. Sinha, who shuttles between Hyderabad and Chennai, was so involved in the project that, "I had withdrawal symptoms after," she says, lightheartedly. 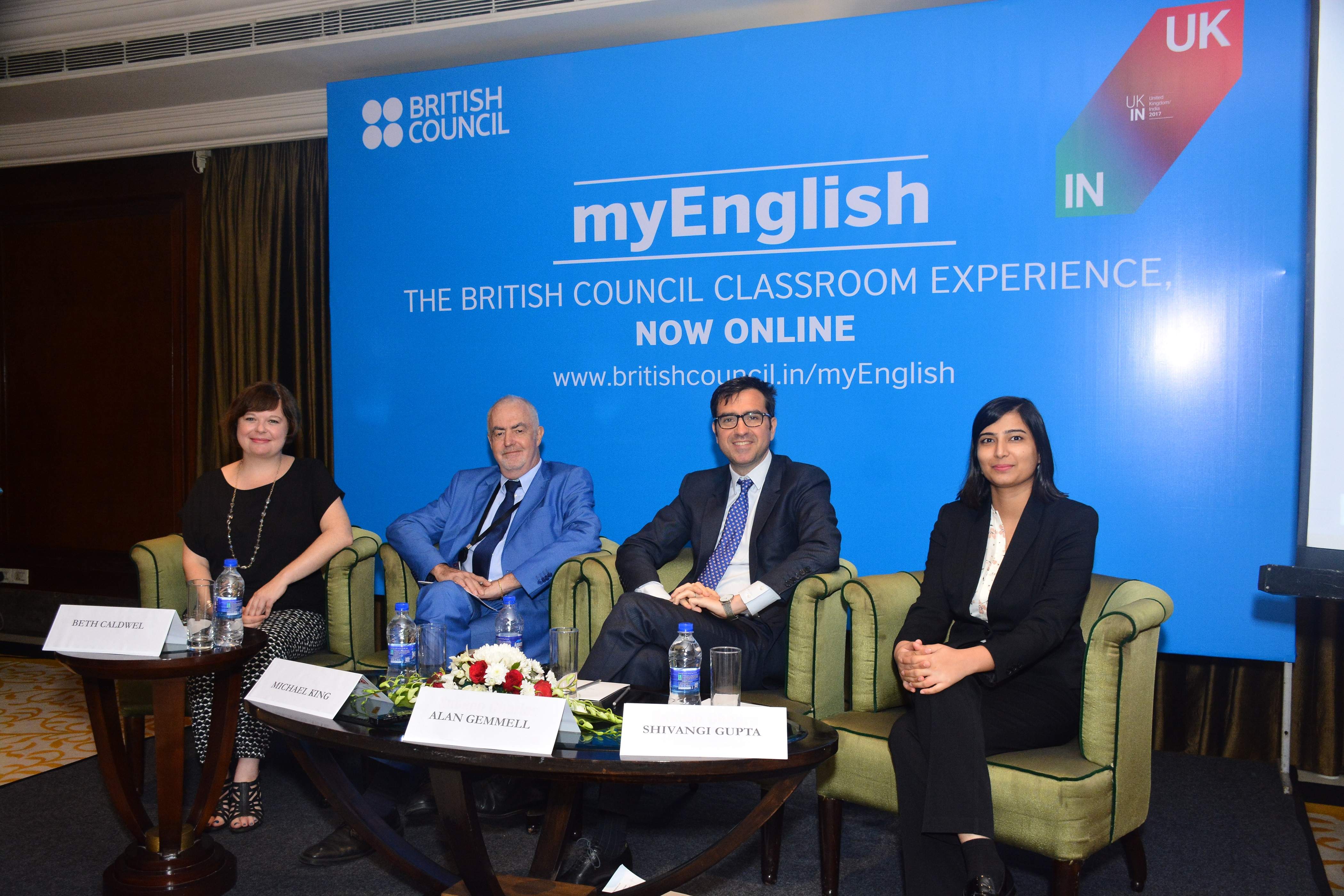 All smiles: During the launch of myEnglish

British Council has been teaching English since they existed, so it's safe to say that they understand learners and their patterns of participation and engagement well. Keeping this in mind, British Council India in 2015 launched myEnglish, an interactive online course, and since then has garnered 4,200 registrations. "We have distilled the best of our experiences into the course and want to help learners be autonomous," informs Shivangi Gupta, Assistant Director, English Language Services, British Council India. But these courses are not just for increasing English proficiency. They also focus on building employability skills like introducing oneself in a formal gathering, giving interviews, writing official emails, presentation skills and even body language. All this is conducted in a virtual classroom where "teachers are facilitators and students speak more," explains Gupta. 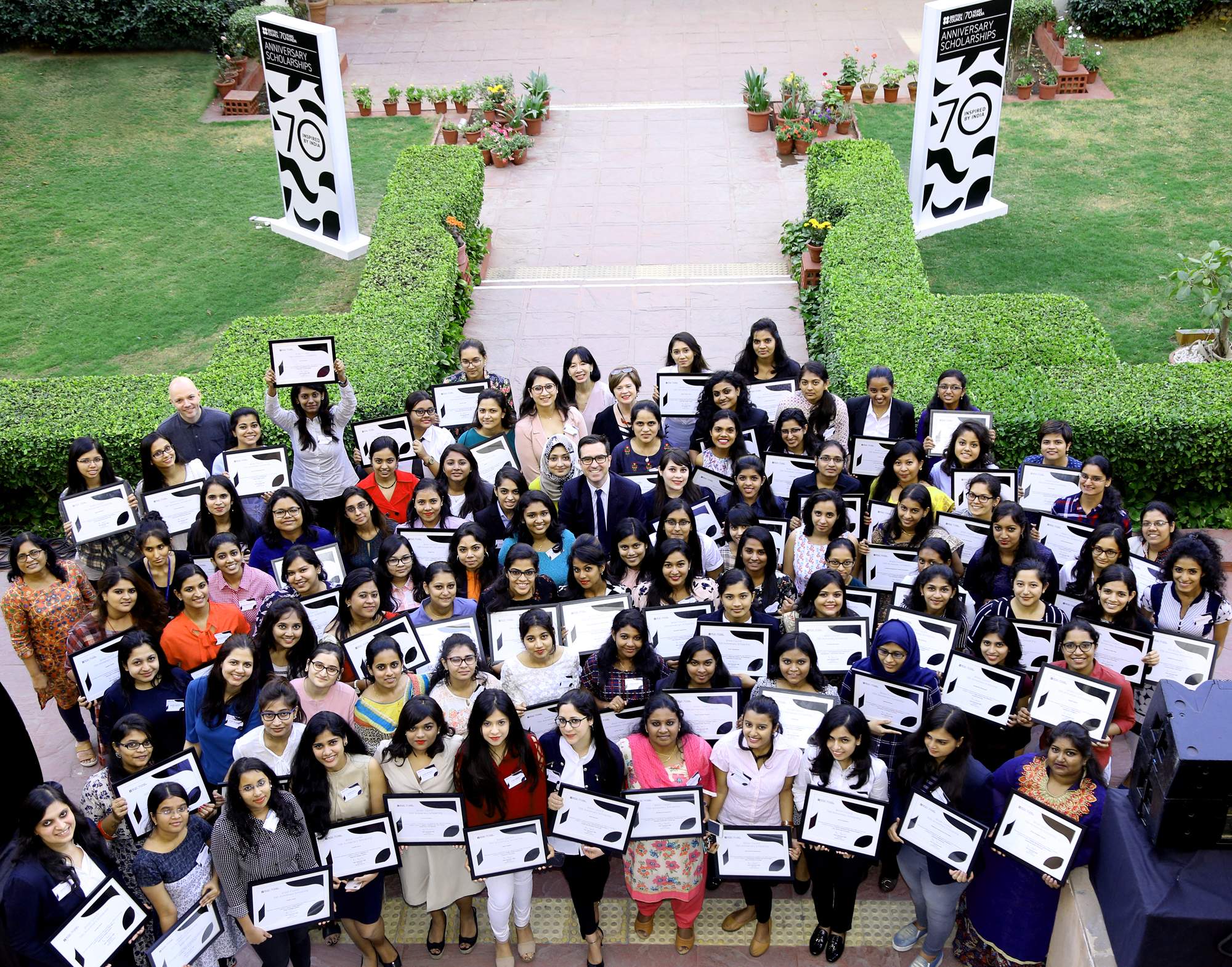 Hundred Indian women were recipients of British Council's 70th anniversary scholarships for a one-year Master’s course in science, technology, engineering or mathematics during the academic year of 2018-19. These scholars will be attending as many as 44 British universities and, as Gemmell puts it, “they will be fixing global problems, from climate change to drug discovery, and all the while, building societies we would want to live in.” 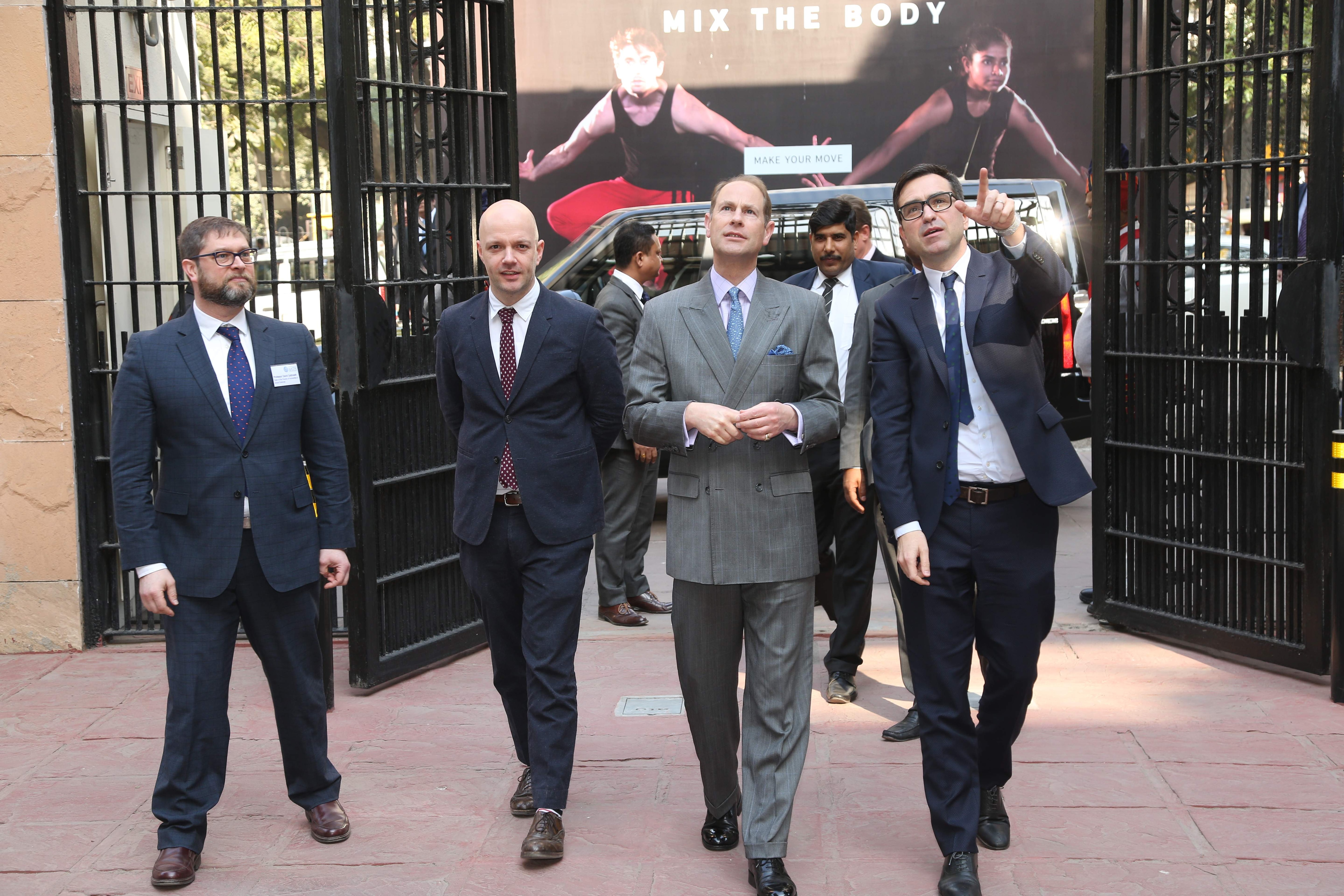 Rejoice, bookworms! As many as 1,00,000 British Council-trained English language teachers from government schools and 50,000 National Service Scheme students will be given free membership to their extensive online library. 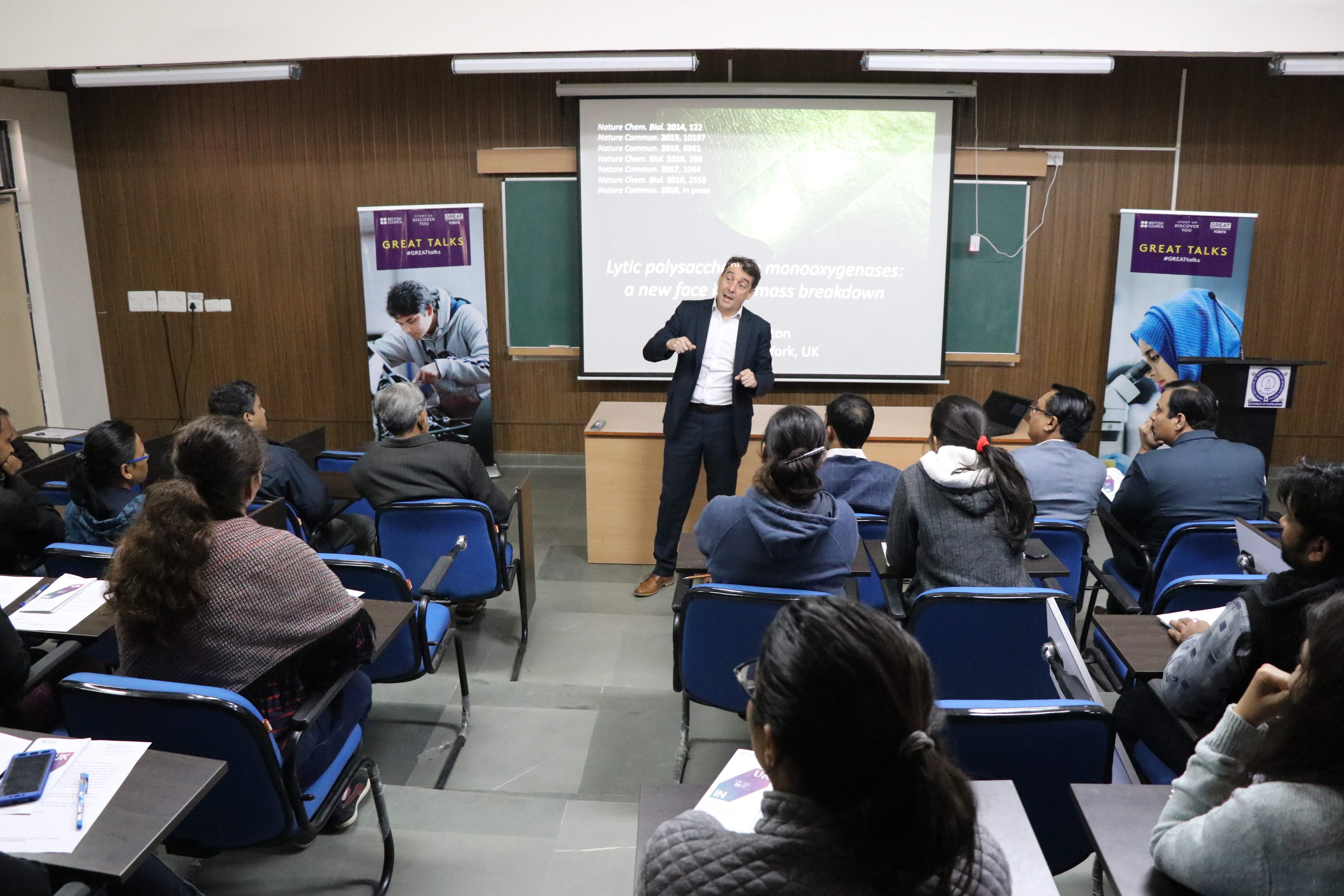 British researchers toured India to deliver lectures in the areas of STEM and more. On a previous occasion, we had spoken to one such expert, Professor Paul Walton from the University of York, who was speaking about 'Equality for Women: Why is it so slow?' in Guwahati, Hyderabad, Chandigarh and Delhi. He had notably spoken on unconscious bias when it comes to genders.