After 42 years, 22 friends from Trivandrum came from across the world to revisit an old house where they used to play. The nostalgia will get to you

Called the Ambujavilasam Roadies, this group of 22 friends met after more than 42 years in the ancestral house where they used to play, and understandably sentiments ran high

The doors to the Kohinoor house have always been open. Just ask the little boys who would dart out of class as soon as the school bell rang so that they could march through the muddy path of Ambujavilasam Road in Thiruvananthapuram with their sweaty faces and worn-out cricket bats. Years later, as these men, now in their late forties and fifties, drove through the same alleys in their shiny cars and freshly-ironed shirts, it seemed as though they could hear their own prepubescent screams of joy muffled in the street corners.

It had been over 40 years and their enthusiasm has anything but waned. The Ambujavilasam Roadies, as they have dubbed themselves, are a group of 22 men from all across the neighbourhood, whose childhood was shaped by late evenings spent at their friends' houses. On November 5, they decided to catch planes, trains and buses from across the world to put everything aside for that one day where they could relive their childhood. 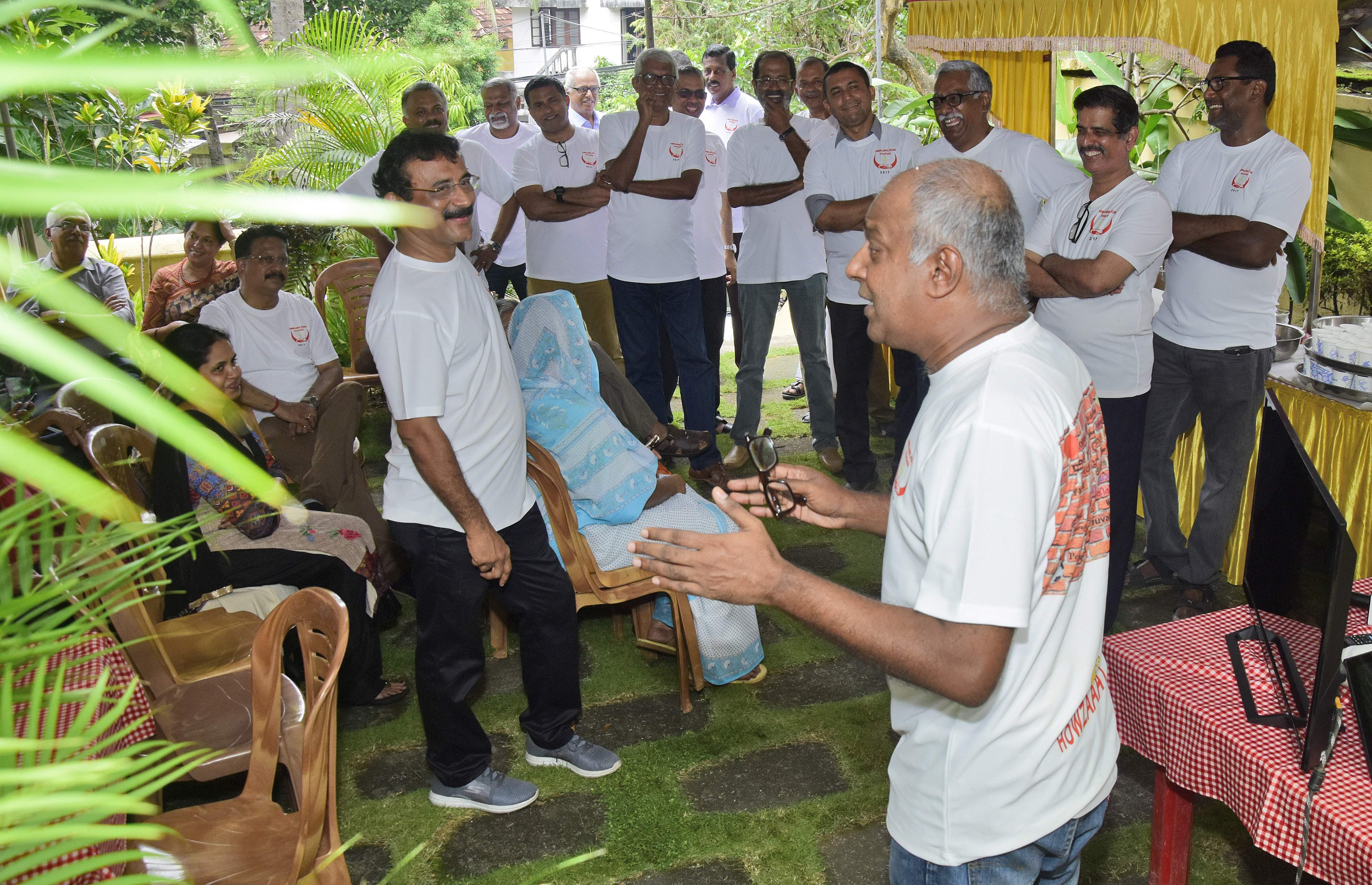 Meet and greet: The evening began with the sharing of old stories

"To me, this is a homecoming," said Roy K Cherian, CEO of Marketelligent, as his eyes glanced at the faces of his childhood friends, "We would play anything we could possibly imagine; it didn't matter if it was cricket or football. I can say without the shadow of a doubt that those were the best days of my life." G Asok Kumar, who is now Principal Secretary for Telangana Rural Affairs who had been nicknamed 'IAS Asokan' years before he actually earned the title said, "I thank them for giving me the confidence to become who I am today."

Asma Beevi, the matriarch of the house, watched the evening unfold with an unwavering smile. "I remember how they would walk into the house with their uniform in tatters and teeming with energy," she recalled. "Sometimes, their cricket balls would break the tiles on the neighbour's roof and when they came to complain, not a single one of the boys would be anywhere in sight!" 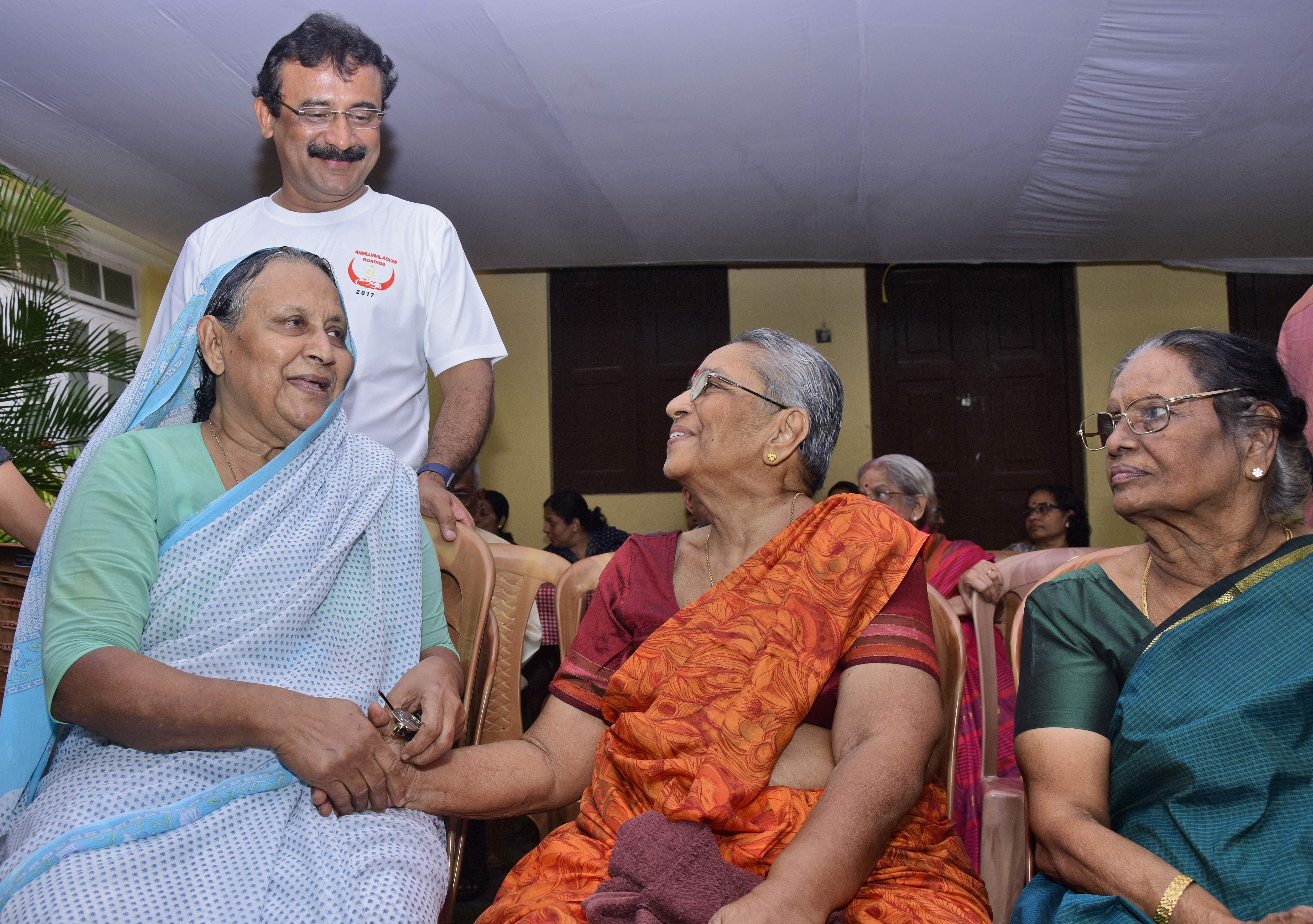 Good times: They were each accompanied with family members

Her five children — Mohammed Nizar, Najma Thasim, Shahir Kadir, Riaz Kadir and Haris Kadir laughed nervously as their mother finally discovered secret trips and scandalous anecdotes from decades ago. Haris Kadir, a Professor at Caledonian College of Engineering in Muscat, said, "I booked my tickets well in advance just so that I could be here. Most of us have had to travel a considerable distance for this; that's how important those years and these people are to us."

More stories were told, old rivalries dredged up and a few 'secrets' were spilt. The small pandal erected outside the house shook as it filled to the brim with laughter. Towards the end of the evening, the group made their way to the ground to play a nostalgic game of cricket. Their families watched on, surprised to see that those 22 little children still lived on in these men under their suits and ties. As the day slowly drew to a close, the air was thick with a thousand memories and many more to come.