The authorities aren't bowing to student pressure as they mount a huge protest. If anything they're hitting back

In a move that is sure to get the Students Union riled up, the Registrar of the University of Hyderabad has issued a notice to the Chief Security Officer directing the guards to photograph, videotape, search, detain, stop — pretty much anything, to "safeguard" the university and uphold it's rules and regulations. Students and alumni have dubbed the notice "threatening" and "totalitarian" in a slew of posts on Facebook. 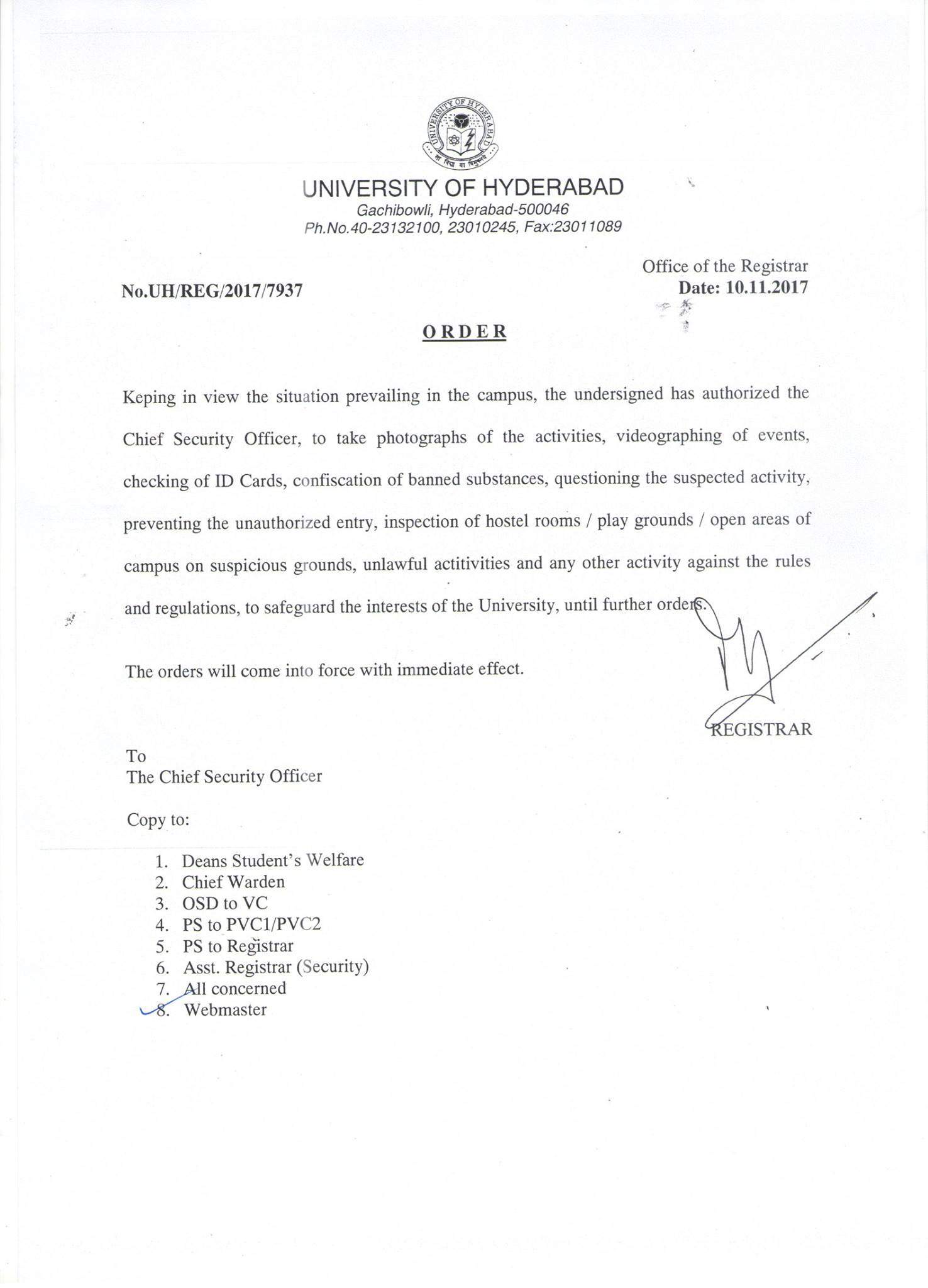 Hasty retreat: The notice was issued on Friday morning, mere hours after the students announced that they would be holding a protest at Velivada on the UoH campus

The protest is the latest in a ten-day saga that has been ongoing at the UoH that ended with 10 students being suspended and handed out various sentences for unlawful activities — including having a girl student over in a boy's hostel room and allegedly abusing the wardens who 'raided' their room.

The Registrar's notice read: Keeping in view the situation prevailing on the campus, the undersigned has authorized the Chief Security Officer to take photographs of the activities, videographing of events, checking of ID cards, confiscation of banned substances, questioning of suspicious activity, preventing unauthorized entry, inspection of hostel rooms/playgrounds/open areas on campus on suspicious grounds, unlawful activities and any other activity against the rules and regulations, to safeguard the interests of the University, till further notice.