Act out your troubles: Try Psychodrama to help yourself forget those bad memories

This therapy technique can help people open up and give a voice to the areas of their lives that have kept them shackled. Founders of Indian Institute of Psychodrama (IIP), to talk about the therapy

Want a space that allows you to explore, think and analyse without being preached to? Dr Herb Propper and Magdalene Jeyarathnam will show you how theatre can be used to work through one’s personal challenges. Storytelling therapy, drama therapy or psychodrama is a type of psychotherapy where people express their issues by acting them out in front of others. It helps people gain insight and resolve their issues by practising communication and life skills, so that they can use them in real life situations. We caught up with Dr Herb and Magdalene, the founders of Indian Institute of Psychodrama (IIP), to talk more about the therapeutic form and the training involved. Excerpts:

So what exactly is psychodrama? Can you give us the history behind it?

Dr Herb: It goes back to about 1920. It evolved over the years, but it was basically created by a psychiatrist, Dr J L Moreno, first in Vienna. In the early 1930s, he immigrated to New York and eventually set-up his first private mental hospital where he worked with people with severe mental disorders. It then became a training centre and from there it'd spread to many areas of the world - North America, South America, Europe, Taiwan, Korea and even Hong Kong. Psychodrama is a form of group action therapy, but it is also used in experiential education. It can also be used in organisations and companies to help better communications and relationships at the workplace

What does the training session involve?

Dr Herb: The training process is almost entirely experiential. One learns the method by going to psychodrama sessions and becoming involved in the session in different ways. Typically, psychodrama happens when one person from a group acts out various experiential warm-up activities. They come forward to explore some part of their life or some specific issues through spontaneous role-playing. So, it's a group creative process in which one starts a psychodrama and no one, not even the director or the person who is doing the exploration knows where it is heading. There's another variation of psychodrama that is entirely group issue-oriented. It's called sociodrama, where one can explore any particular social topic, problem or issue that the group wishes to explore. For instance, we've done sociodramas on male-female relationships, sexual harassment and so on. There's no limit to what one can explore. 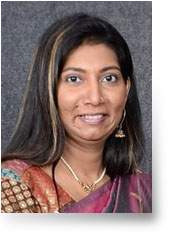 This psychotherapeutic methodology is the best I've come across. It helps people dive into their core, which really needs the work and they are able to change what they need to. I think the healing is very holistic and beautiful, and this form of therapy is truly empowering for every individual

But how is psychodrama therapeutic?

Dr Herb: It is therapeutic in the sense that you enact a situation that stems from your memory. You are enacting it in real time, even though you're looking at something that might have happened years ago. However, because of some of the various methods that are used, the person sees the situation from a new angle and finds a creative way of reworking something that happened. We have the power to re-do things and to experience things not the way they were, but the way we need them to be. The outcome is to improve what I call emotional literacy. People who experience these methods are much more adept at seeing their own emotional process than others and are able to create mutual empathy. They are likely to move away from situations of conflict towards a situation of harmony.

What if someone does not want to enact the situation they faced? How do you get them to participate?

Magdalene: In our setting here, I don't think anybody goes to therapy looking for the methodology. I don't have a single person who says ‘I can't do this’. They come asking for psychodrama. Young people want to get trained. When I'm doing a workshop, they ask for training. In a few institutions, we are also doing a course.