When it comes to marriage, divorce, succession, property disputes and other civil issues, Personal Law is bound to grow by leaps and bounds

Many jurists question the idea that all law must necessarily come from the 'state'. The divide between the socialists and liberals is clearly visible. Liberal scholars openly embrace markets and re- ject all of the government. Legal Pluralism and Radical Libertarianism are well-recognised scholarly traditions. There is a consensus that the ‘state’ is not the only source of law. In several primitive societies, law developed gradually from customs in the absence of any sort of government. History contains many instances of pluralistic legal systems in which multiple sources of law existed. Accordingly, as per the Indian constitution, all religious communities and tribes are entitled to follow their personal laws. Personal laws deal with the intimate and personal matters like marriage, divorce, succession, adoption, will and more. A mature legal system leaves these matters to an individual’s religious or traditional beliefs.

Some personal laws have been codified, but even after codification, some space has been left to the customary rules. Thus, as per the Hindu Marriage Act, 1955, spouses should not be related from the father’s side for seven generations and for five generations from the mother’s side, but customs contrary to it continue to govern marriages in the South. That law is cultural is not a new idea. German jurist Friedrich Carl von Savigny argued that law grows like a language. It develops by silently operating internal powers and not by the arbitrary will of the law-giver. Law lives in the ‘common consciousness’ of people and is a producer and an object of culture. 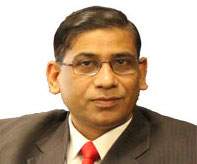 Fully aware: Knowledge of all laws like Hindu Law, Muslim Law and more is needed in this field

Since all communities will have marriages, divorces, inheritance, personal laws disputes are bound to arise. Moreover, we have Private International Law which deals with inter-country family matters. In the last two years, the country has debated the matter of triple talaq and several leading lawyers of the Supreme Court appeared during this case. The case, in fact, started as the Hindu law matter where Hindu brothers were not willing to give their sister her lawful share in coparcenary property as per a 2005 amendment to the Hindu Succession Act.

Recently, the Supreme Court had to decide the case of a Parsi woman who married a non-Parsi. As per Parsi law, she is not permitted to worship in the fire temple and attend the last rites of her parents. The court gave her interim permission.

When it comes to marriage, divorce and other matters, Personal Law will be needed. There will be more opportunities to practice Personal Law in the lower courts as the need for arbitration and personal litigation continues to grow in the future

In view of Family Law’s importance, the Bar Council of India has made two papers of personal laws compulsory. Intellectual Property Law is an optional/elective. All judicial services competitive examinations have personal laws in their course. Those who specialise in it are recruited as law teachers, whose salary is on par with IAS officers. The real legal action takes place in the lower courts. Personal Law lawyering is a great career as one will have plenty of cases of families, villages or towns. About 1 pc of people pay taxes and fewer still commit crimes but everyone marries and dies and thus Personal Law litigation remains an attractive option. It gives an opportunity to take up the cause of gender justice. To be a good personal law lawyer an understanding of diverse family laws and command over constitutional discourse on the right to equality is necessary.

(Prof (Dr) Faizan Mustafa is the Vice-Chancellor of NALSAR University of Law, Hyderabad. He was the founder Vice-Chancellor of National Law University, Odisha. He has also served as Dean, Faculty of Law, Aligarh Muslim University and Registrar of AMU. He is the Founder-Director of KIIT Law School. He is the advisor to National Law School and Judicial Academy, Assam. He is known for his institution-building abilities and democratic leadership. He is also a visiting faculty at several reputed institutions in India and abroad. He has visited and lectured in several countries of the world. He has earlier served in UAE. and Africa. He was also consulted in the drafting of the Asian Human Rights Charter of Asian Human Rights Commission, Hong Kong. He has worked in unexplored areas like Copyright Law, HIV Law, Art.356, Strict Liability Law, Freedom of Information Law and more.)