The specialists in sports medicine can serve as consultants, counsellors, performance enhancers and even educators — as conditioning and health become huge focus areas

In India, sports is now being taken as a serious career option. Besides games, there are many other areas in the field which are gaining popularity such as sports medicine, management and so on. Sports medicine has great scope and is slowly picking up as a profession in the country. Sports medicine and science help in the betterment of the performance of the sportsperson. All over the world, sports is an established field, but in India, it has recently started becoming popular because of professional leagues such as IPL in cricket and the ISL in football, badminton and wrestling. So, if a sport is becoming popular, you’ve got to have a great amount of back up for them in the field of science and technology. That is where sports medicine is going to matter in the future. Fifteen years from now, sports medicine will change because once people know that there’s scope not only for sportspersons but also for the backup support staff, they will rush to become a sports scientist or a sports medicine expert. 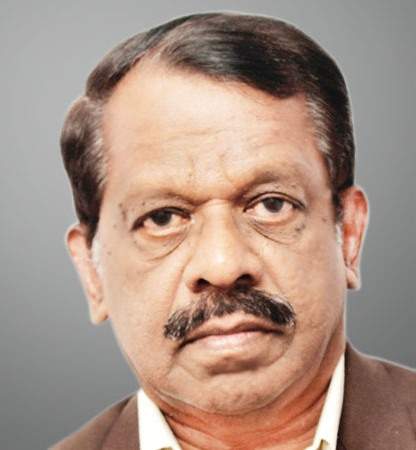 Currently, the scope is very limited for these people as the application of science and technology is not adequate. Even if you’ve got some knowledge about sports science and you’re well-trained, there are not enough takers or opportunities for these people. Sadly, money is hard to come by for sports medicine experts because unfortunately, hospitals don’t have a setup for sports medicine as it mainly deals with fitness and not diseases, unlike other fields of medicine that deal with diseases. Sports medicine is all about health and fitness. This means taking the fitness levels of a person from normal to the level of a sportsperson so that they can perform better.

A majority of government and private hospitals employ doctors who can treat diseases and not improve the health or performance of a sportsperson. This is a major problem that we are facing. But now, the country has woken up and reached a level where we have to produce good sportspersons and that is where sports medicine experts matter. That is the reason why sports nutrition and sports psychology are two areas that are sought-after in sports medicine.

The scope of sports medicine is huge and it is only going to increase in the future with the rise of the sports culture in India. Sports physiologists assess the athlete’s physiological condition and capacity to regularly monitor their progress

The role of a sports nutrition expert is primarily to monitor what sportspersons are eating or drinking and also decide the portions they take in. And the same goes for psychologists. Sports is always stressful — the desire to better your own performance and the weight of expectation is always there so there is a great element of stress involved. That is where sports psychology becomes important. Unfortunately, India doesn’t have many trained and qualified sports psychologists. So, sports psychology will soon be a sought-after field. The Government of India has taken a lot of measures to promote this field but nothing much is happening at the ground level, for the time being at least. The government is keen on promoting sports science and psychology through some courses offered by universities. But my only concern is about the low number of organisations that actually employ their own team of sports doctors or medical experts. Therefore, there is a need to find proper job opportunities for these trained people. Also, with increased lifestyle diseases, the demand for such experts is set to increase.

(The author is a consultant at Sports Authority of India, a member of the Anti-Doping Disciplinary Panel, National Anti-Doping Agency and Doping Control Officer at the Board of Control for Cricket in India (BCCI). Dr Chandran is the President of the Indian Federation of Sports Medicine. He established the Sports Medicine Centre, Sports Authority of India at the Jawaharlal Nehru Stadium, New Delhi in 1984 and administered it till his retirement in 2008. Dr Chandran has organised Sports Medical Cover and Doping Control in more than 100 national and international sports meets including world cups, world championships, Asia Cup, Asian Games, Asian championships, South Asian Games, Commonwealth championships, Davis Cup Tennis, Champions Trophy Hockey, IPL and National Games from 1977 till date. He has also captained army regimental teams in Hockey.)