A food specialist or a chef is someone who understands the concept behind cooking and is able to prepare or critique it to perfection and today, it has more potential than ever before

The future of the food industry will be fuelled through a growing interest worldwide in food, in general, and it does not look like it is going to die any time soon. A few years ago, this profession was not as serious as it has become now. It was merely about cooking and eating and having a good time. Of late, with the attention the art of cooking has received from the media, through travel and food shows and otherwise, it has received a huge push. Food has become very integral and people are conscious about what they eat and they know what they want.

It doesn’t stop at this shift in public perception. There are a lot of things that are branching out of food as a career. The primary one is to become a professional chef. However, not every person who has a love for food necessarily needs to end up becoming a chef. As food and the people who consume it change, so does the potential within the field. These can be summed up through the off-shoot careers that we now have. 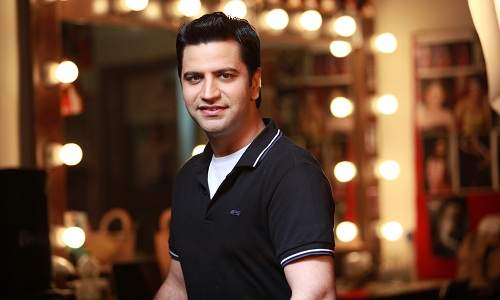 Cooking up a storm: Kunal has played host in many television shows such as Masterchef India

The first such option would be food blogging, which is not just about going to a place and reviewing it anymore, but has become about exclusively travelling to a certain place, sampling things and reporting back.  You can also review brands, which could include particular restaurant chains or food that comes in different packets, specifically for you to review it. When a company launches a new product, food bloggers are sent samples.

The next one is, a lot of food companies have begun hiring people who are experts in cooking or understand flavours. Today, many chefs work on board with large corporate firms. They do research and development for these companies that work towards finding and developing unique flavours to market. There is also a growing demand for people in the area of health and nutrition. They specially curate menus for people and this skill is high in demand. So, as we move forward, people who understand food do not necessarily need to know how to cook it.

Of late, with the attention the art of cooking has received from the media, through travel and food shows and otherwise, it has received a huge push

Another tool and one of the most important skills is growing over social media. I once met a contestant on my show whose entire profession was clicking pictures of the things that she eats and posting them on Instagram. If they play their cards right and gather a huge following, huge brands and offers will follow. The only investment you need is a smartphone and this will undoubtedly become more relevant as technology advances. The next area that can be exposed is food styling where people take beautiful pictures of food, the kind that you see on the promotional material of big brands in magazines, which are actually designed by them.

Food is a territory where we are able to see a huge vacuum and a lot of scope. There is a lot of exploration that can be done with regional food across the country. In this aspect, you can learn more from a small sweet shop near your ancestral home than form an international degree. There are gems hidden within our community. You can start with that or you go with whatever is trending in the world. This career may test your patience, but you must put your head down and learn from a place or a person who may or may not pay you, but is ready to teach you. Start humble and the money will follow.

(Having served the world with his delicacies, Chef Kunal Kapur is revered by every food connoisseur. He is an Indian celebrity chef, restaurateur and media personality. Born and brought up in New Delhi, Kunal pursued his education in Hotel Management from Institute of Hotel Management, Chandigarh. Having worked with some of the leading hotel chains like the Taj Group of Hotels and The Leela Group, he was recognised by the Ministry of India for presenting Satvik cuisines to Prime Minister Narendra Modi and German Chancellor Angela Merkel, in Bengaluru. Winner of several culinary and television awards, Kunal has been recognised as one of the Best Chefs in India by India Today and has won the Dr S Radhakrishnan National Media Network Award. Kunal has played host in many television shows such as Masterchef India and Junior Masterchef India.)