Come injury or illness, this girls’ cricket team from Chittoor knows how to keep their head in the game

Such is the commitment of the all-girls cricket team of Zilla Parishad High School Kadapanatham in Chittoor district of Andhra Pradesh that they turn up at school even on Sundays just to play the game they love. On one such eventful weekend, K Hemavathi had her head in the game, as usual. She was already a good softball player and during the pandemic, working as a manual labourer had only strengthened her. She is known for her hawk-eye precision when it comes to fielding. So on that weekend, while the eighth grader was fielding, the ball hit her right above the eye and the girls immediately summoned their Sports Director Chiranjeevi Raju and English Teacher Balaji Velayudham.

Hema was taken to the doctor, given a TT injection before receiving about three stitches. All this while, she did not shed a tear and endured it all silently, though Velayudham sir's heart was going out to her. And the very next day, on the inauguration of the cricket facility for the girls at the school, Hema played with her trademark stoic expression. "It was her grit that inspired the other girls too," says Velayudham. That day, a cricket match between the staff and the girls ensued. The staff members won, but by their own admission, it was the girls' match through and through. And though we weren't there to witness it, we are sure that was the case. 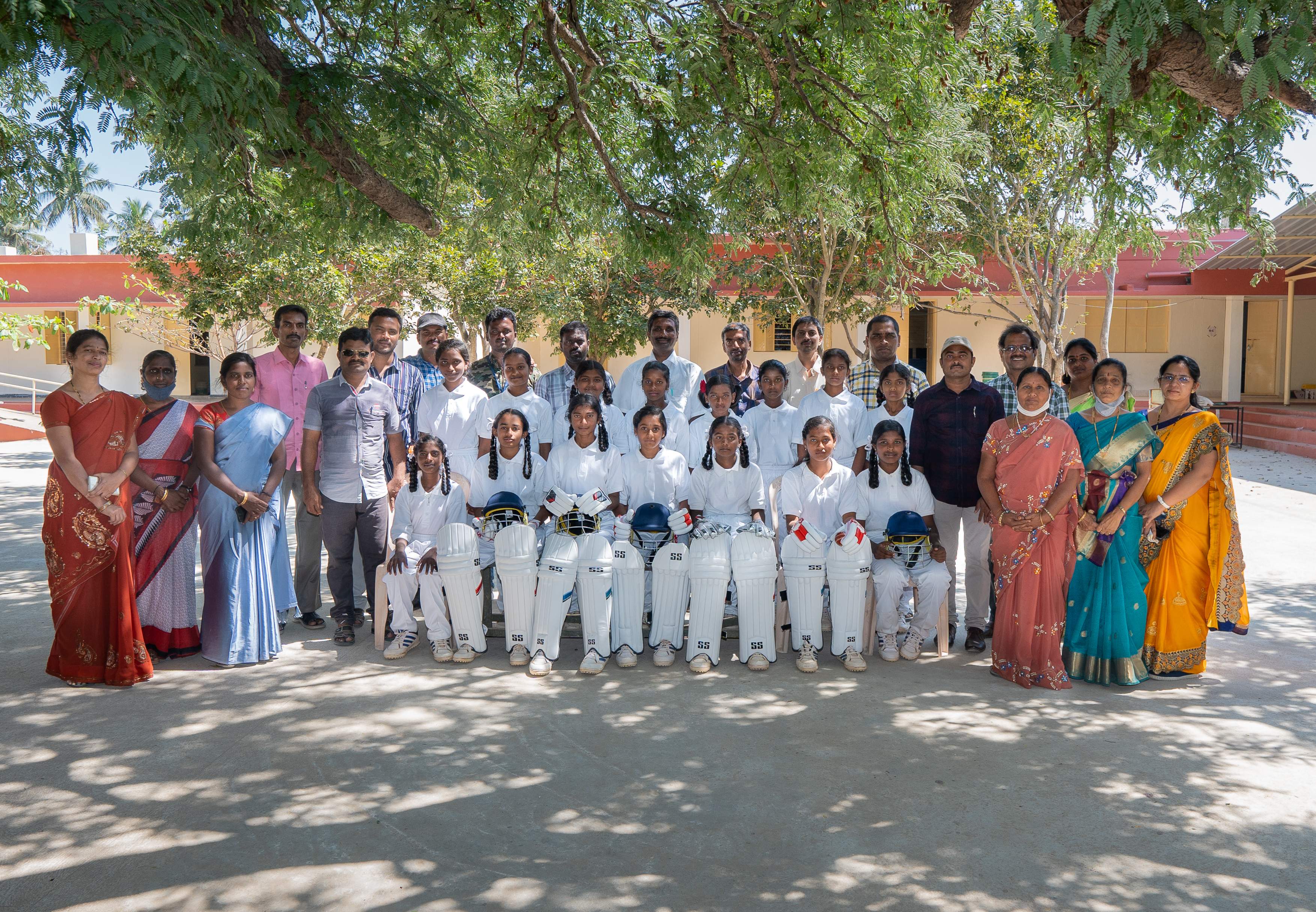 Chiranjeevi has 18 years of experience as a Physical Education Teacher and a BPEd from AECS Pavan College of Physical Education, Kolar. He has been working with the girls on their game and indeed, has worked very hard. Then there is the NGO Joining The Dots (JTD) who gathered four and a half lakh rupees from their Freedom Walk initiative to start a facility at the school that is girl-centric. Apart from four cricket kits and one wicket keeper kit, nets, skipping ropes, hurdles, handballs and volleyballs were procured with the help of the funds. "We wanted to do this for the girls because from our observation and numerous surveys, the sports infrastructure ratio of boys to girls is 90:10," informs Dhananjay Ramakrishnappa from JTD.

SM Lokanatham, a sports teacher from a nearby school, also pitches in when it comes to offering tips

The trio also tell us about another Hemavathi in the team who is a wicketkeeper. Short in height, big on observation — Muthukuri Hemavathi is a quick learner. This student is a keen observer and it is on the strength of this skill that she picked up all that she knows about wicketkeeping. 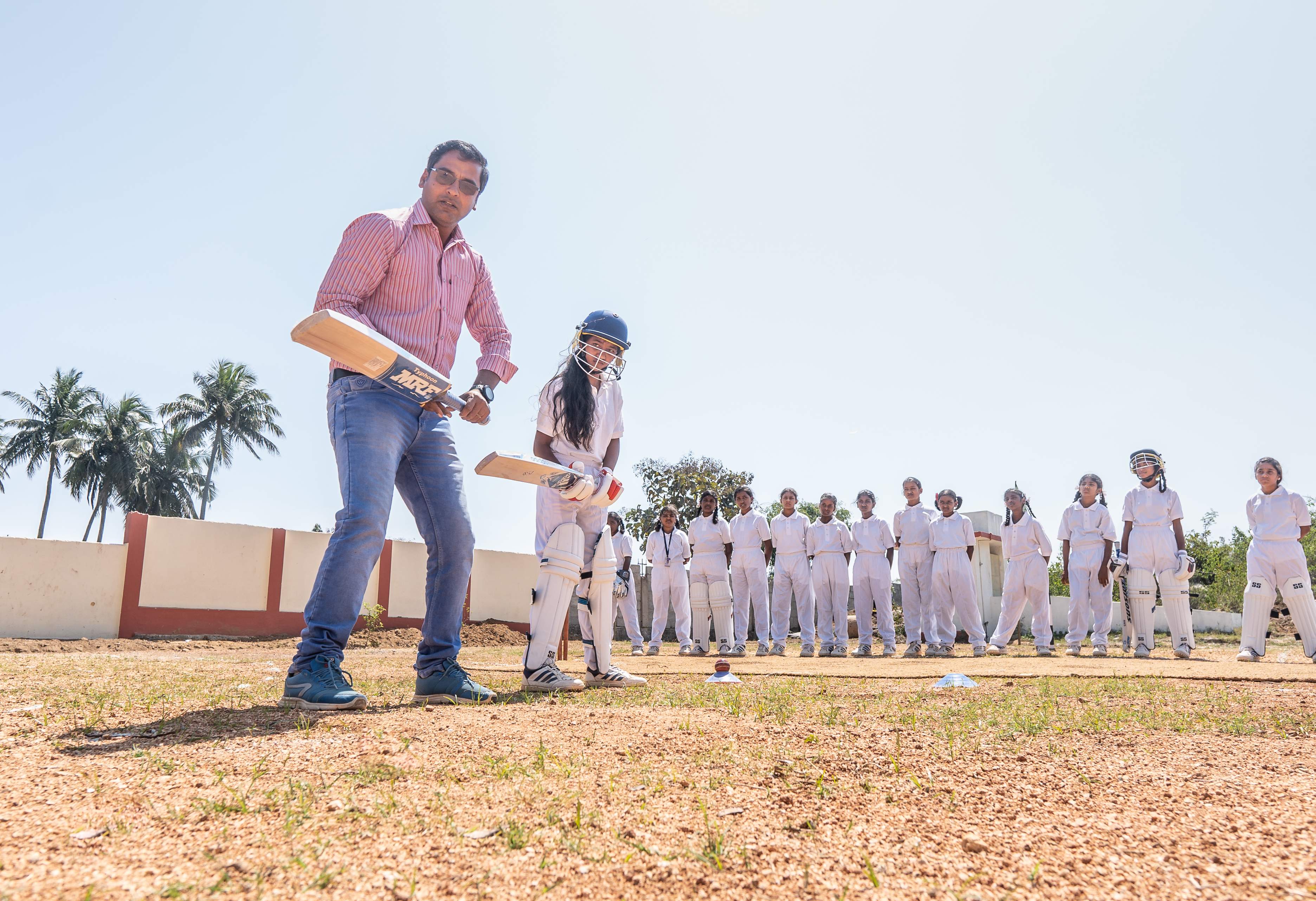 Their focus is on excellence and they believe that with dedicated professionals like Chiranjeevi, within a span of five years, they will have at least one girl from the school on the Indian cricket team and at least a few playing for Andhra Pradesh. "Once girls are actually given opportunities, they know how to grab them and make the most out of it," says Velayudham, showing immense confidence in the abilities of the young girls. Even Chiranjeevi affirms that with the support of one and all, indeed these girls can go far. And we will be in the stands, cheering for them all through.

These stars of women's cricket
- Mithali Raj: Captain of the ship, she is also the highest run-scorer in women's international cricket
- Harmanpreet Kaur: This all-rounder from Punjab is an Arjuna Awardee as well
- Smriti Mandhana: In 2018, she was named Best Women's International Cricketer
- Jemimah Rodrigues: Before entering cricket, she played hockey for India

For more on them check out facebook.com/jtdfoundation