These students from SRM-AP have an app to rent out spaces for urban farming. Here's why it's unique

All the four students in team Urban-Bowl are third-year Computer Science and Engineering students of SRM-AP. They are in the habit of applying and participating in various hackathons regularly

There are so many abandoned spaces around us. How many of you would agree that they could be put to better use instead of being used as parking spaces or areas where weeds reign supreme. The case is not very different in the USA. So, when four students from SRM University, AP were selected for the international hackathon that was a part of ETHDenver, an international conference organised by Ethereum Foundation — one of the largest platforms for blockchain technology — they racked their brains for a problem to focus on. At the US Blockchain Technology Hackathon, they were competing against more than 2,000 students from around the world and all of them were encouraged to think in three tracks — open track, impact track or problems in and around Colorado. Another requisite was using blockchain technology in the solution. "We chose problems in and around Colorado," says Vemuru Thiru Srinivas Teja, part of the four-member team that includes Koushik Bhargav Muthe, Pushyamitra Kollipara and Sai Krishna Rohit.

Another four-member team from SRM-AP won a bounty of $2000 from DAOstack for their idea Securenote, which claims that if their idea is implemented, no complaint will go unnoticed

Since they were staying at an Airbnb, a portal which facilitates lodgings, they took the idea of rental spaces and gave it a new spin. "We thought: Why can't people rent out empty spaces so that urban farming activities can be carried out in those plots?" shares the 20-year-old. Their focus was also on fulfilling some of the Sustainable Development Goals (SDGs) proposed by the United Nations and they succeeded in doing that too. "We actually weren't able to submit our idea on time due to a few glitches but upon requesting to explain our problem to the judges, we were allowed to submit it anyway," he says with a huge sigh of relief. 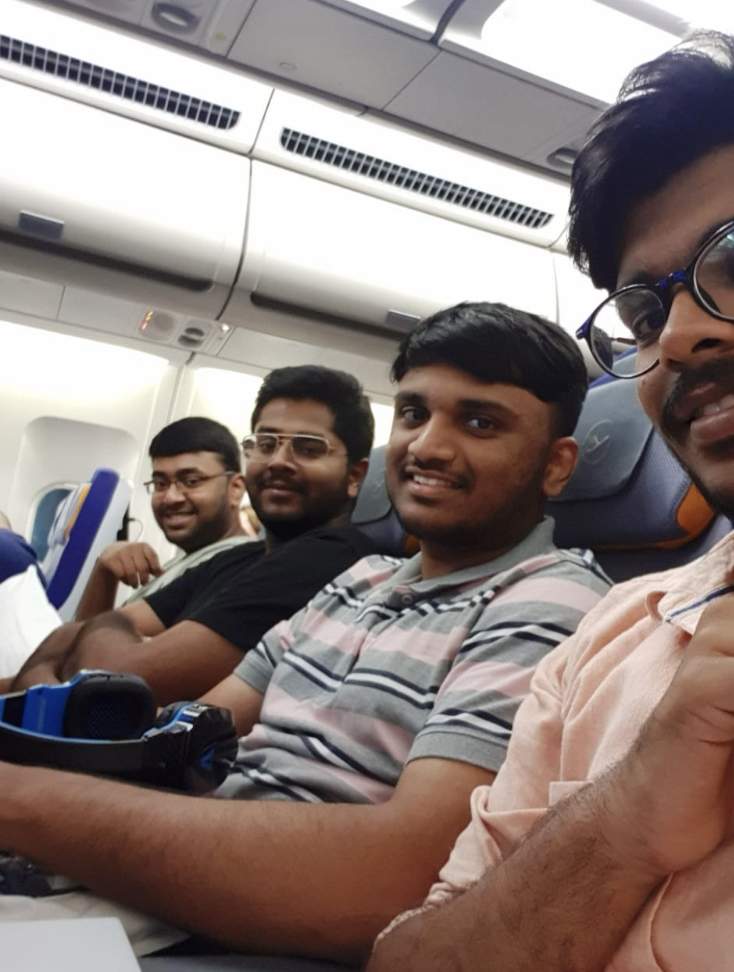 Their project, Urban-Bowl, is a web application that offers the very service they envisioned and uses Meta Mask, a cryptowallet and a gateway to blockchain apps, for payments. It was at the Next Tech Lab at SRM University, AP that these students learnt about blockchain and other leading technologies. "We even got to meet Vitalik Buterin, the Co-founder of Ethereum, which was very exciting," says Srinivas, who was born in Tirupati. They bagged a bounty of $500 from SKALE and $500 from DappHero, a portal that allows you to add blockchain to your website. How's that for some exciting news?