Girls who came wearing Burqas were not allowed entry into the College premises. The students said this was not the case earlier

The SRK College in Firzoabad denied entry to some girl students allegedly because they were wearing Burqa.

However, the College administration said that the attire has been forbidden because it is not a part of the uniform.

"This is an old rule that students have to come in Uniform and with ID cards. Since admissions were going on, this was not followed strictly. Now it has been completed. So after 11th September, entry without uniform and ID Card is not being allowed. Burqa doesn't come under dress code. Only the uniform which has been decided by the College will be allowed," College Principal, Prabhaskar Rai said.

Girls who came wearing Burqas were not allowed entry into the College premises. "Don't know why they are not allowing it. I did try to get inside but they refused permission for it," a girl said.

The students said this was not the case earlier. "No, it did not happen like this before," another student said.

He also refuted allegations that they were pressurised to remove Burqas. "No, they were not forced to remove their Burqas. They were told to come in Uniforms. Students should follow the rules decided by the College," Singh said.

However, the college website does not state anything about a uniform. The rules and regulations do speak of the fact that students have to carry their ID cards to college every day, but it doesn't specify anything about an uniform. 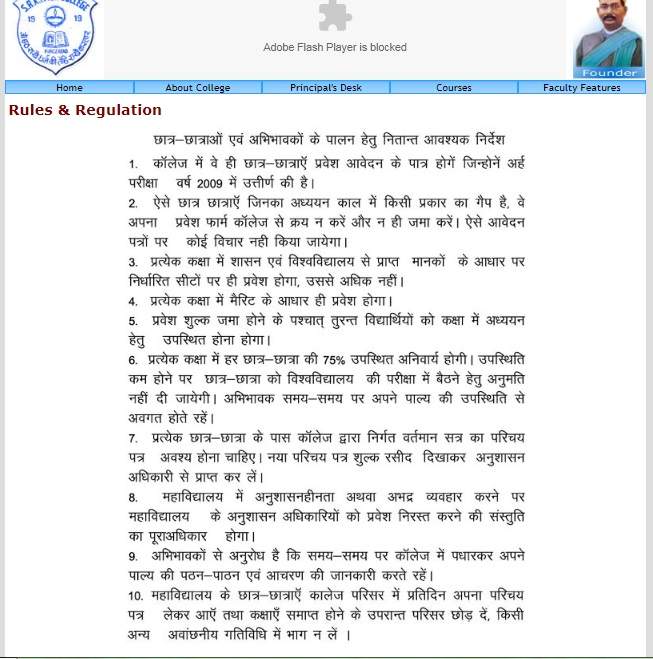 On Thursday, a similar incident took place at a college affiliated to the Aligarh Muslim University in UP. A group of AMU students complained to the local administration after some right-wing leaders allegedly asked the Dharm Samaj Degree College in the city to ban burqas and skull caps.