Classes of Zilla Parishad Primary School, Neknampur in Hyderabad are set to receive a facelift as volunteers of Dhruvansh will transform them into joyful sceneries

Every morning, students of class two of Zilla Parishad Primary School, Neknampur are greeted by happy walls painted with colourful motifs of fishes, submarines, pythons, turtles, dolphins and many other underwater animals. This underwater scenery tends to brighten up not just their classrooms, but their day as well. The classroom was painted by volunteers of the NGO Dhruvansh, popular for their conservation activities at Neknampur Lake. It was their efforts which turned the deplorable waterbody into a biodiversity hotspot. 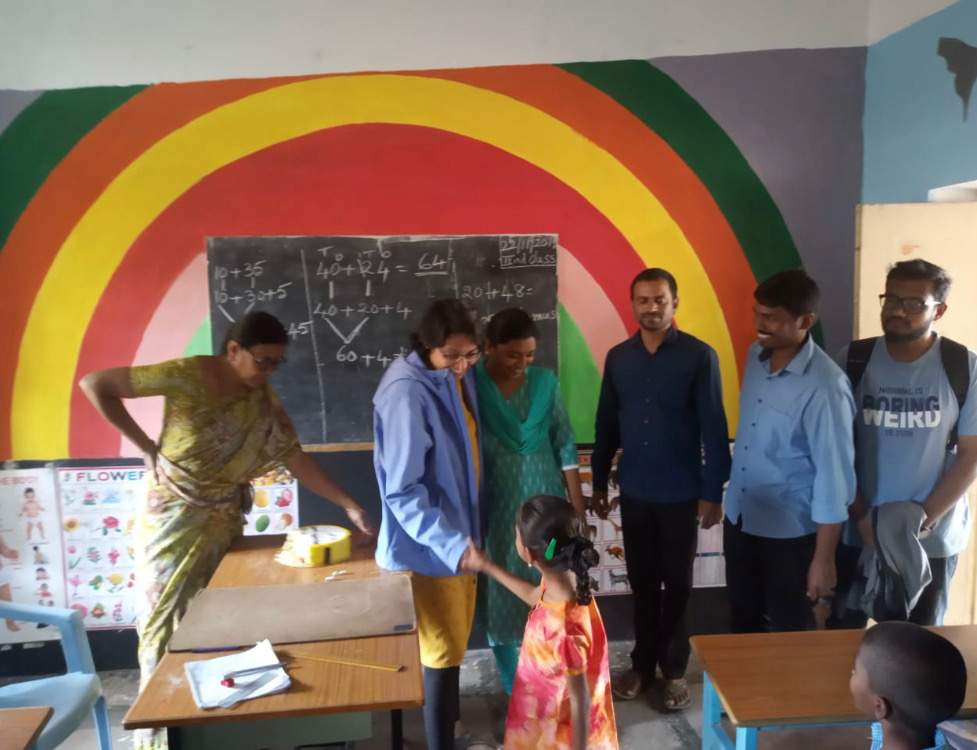 Focus on biodiversity
Madhulika Choudhary, Founder of Dhruvansh, and volunteers Neeraj, Tarun, Gopal, Sudheer, Soumya and Arvinda painted the walls on the request of the principal. But initially, the plan was to paint math tables or something from their syllabus onto the walls. "Being environmentalists, we reasoned that tables they will learn eventually, it is important that they grow their imagination and learn about biodiversity as well. That's how we came to the conclusion that we will give students a glimpse of what lies underwater," says Madhulika who has won several awards for her initiatives including Edex 40 Under 40 2019. The purpose also was to help government schools attract and retain more students.

The seven volunteers started their work on November 10 and it concluded by November 12. They used to paint from 8 am to 5 pm. "We were so excited and were waiting for the reaction of the students," shares Madhulika and needless to say, the reaction was that the students were spellbound. "Personally, I feel bad that government schools are compared a little too harshly with private schools. We want to help them in every way we can, I have two sons, while my first son has passed class 10, my second son is in class 5 and I am planning to enroll him in a government school," she informs us. Dhruvansh has conducted many sessions on the environment for this school. Students have helped in plantation drives and even clay Ganeshas were distributed to them in the past. 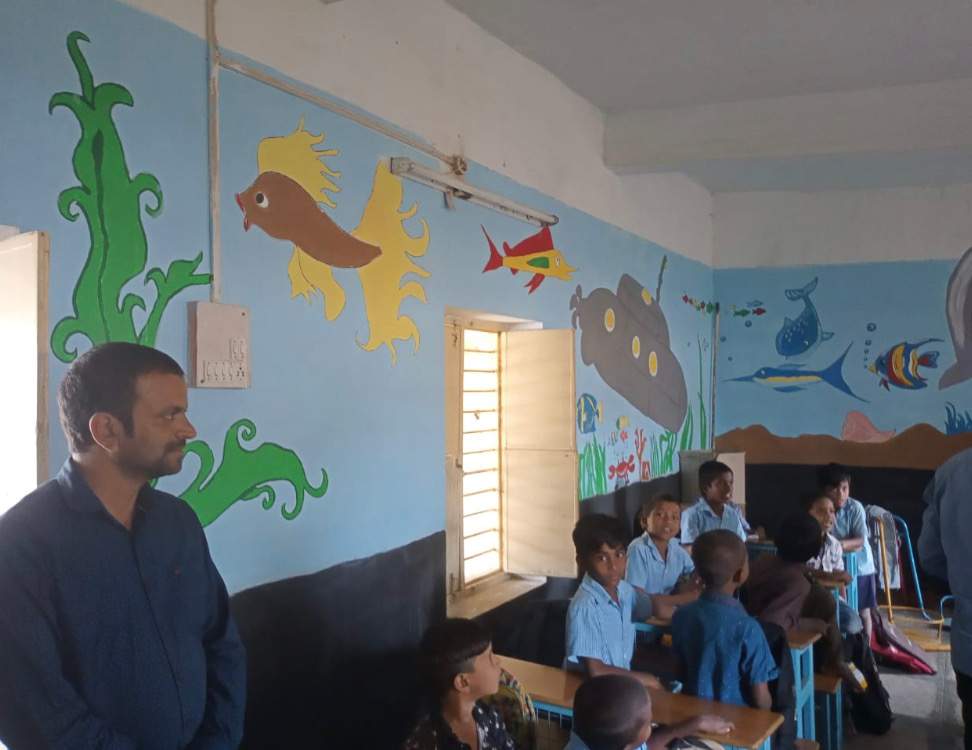 Walls of the classroom | (Pic: Dhruvansh)

On to the next
The NGO doesn't aim to stop with just one class. They want to paint one class every month, "On the condition that students will maintain it and not scribble on the walls," laughs Madhulika as she shares this. Next, they plan to paint themes like Jungle Book, which will cover topics like fruits and flora, and outer space, which will cover topics like solar systems. Speaking about how painting walls with such cheerful motifs can go a long way in sparking the imagination of children, Madhulika shares how upon pointing at a python and asking students what it is, they exclaimed, "Snake fish!" “The fact that they could imagine something like that is enough gratification for us," she says with a smile.

More scenes from the classroom 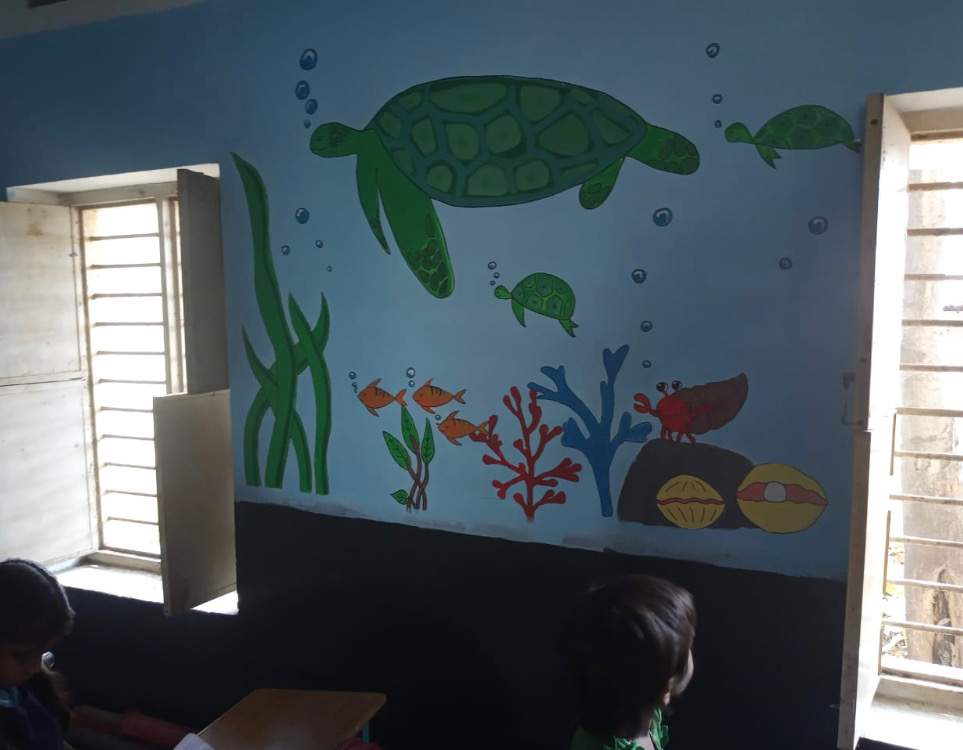 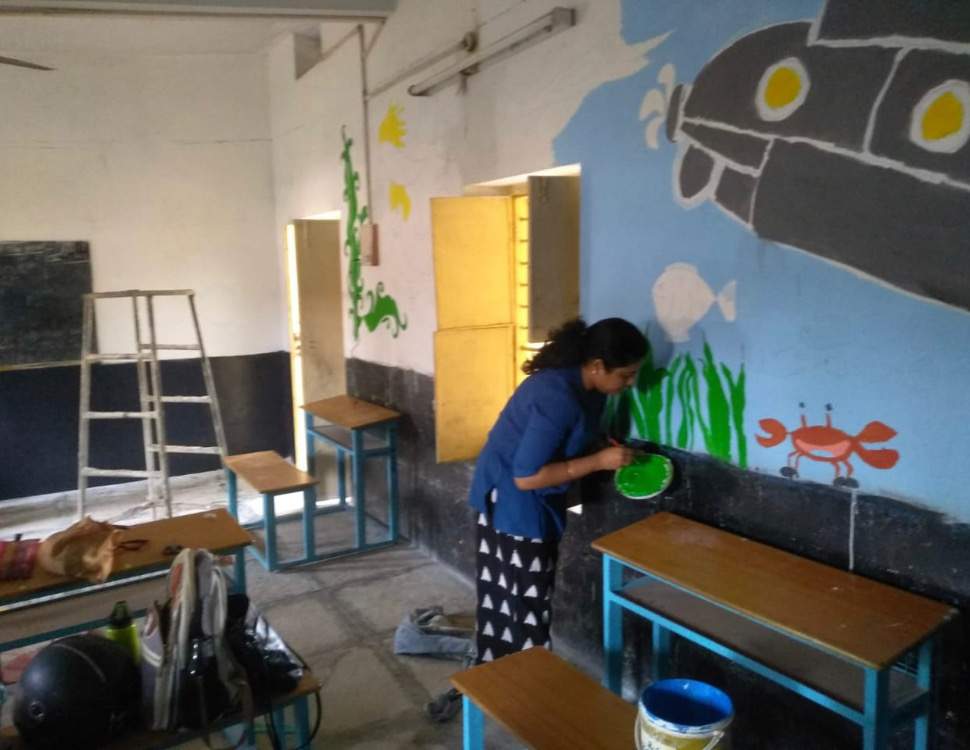 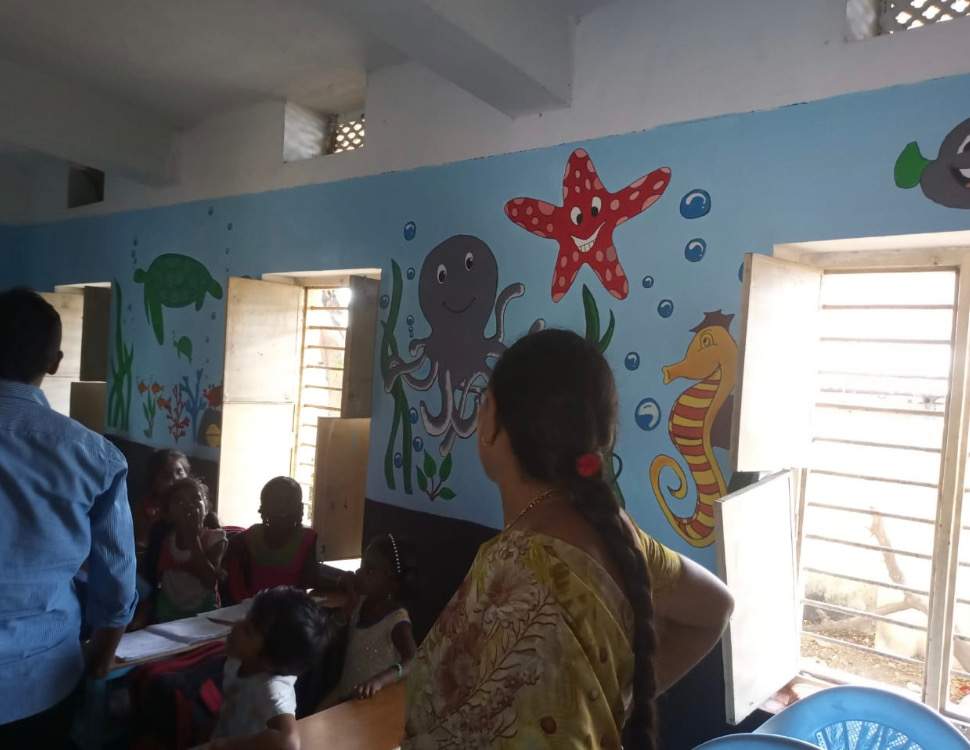