This Government School headmaster in Telangana is sparking a digital transformation for his kids. This is his story

Currently the headmaster of  Government Primary School in Old Nallagutta, he has spent 23 years in the education field already as headmaster of different government schools

Once upon a time, there was a child from the street who caught a teacher's attention. The teacher encouraged the child to join a school, took a special interest in helping the child through academics and one fine day, the teacher gave the child a blue dress. Now, this tale, called the Blue Dress, might be a fictional one Ch Showry read as a child, but this might as well be the story of his life, multiplied by a hundred, of course. Just like in the story, Ch Showry took a keen interest in government schools and has helped transform them into true temples of learning. And as he moved on from one government school to another, he left behind more than just the proverbial blue dress (in this case new uniforms), he righted the infrastructure, brought the student-teacher ratio to a healthy balance, arranged for new books and bags and in some cases, even set up digital classrooms. 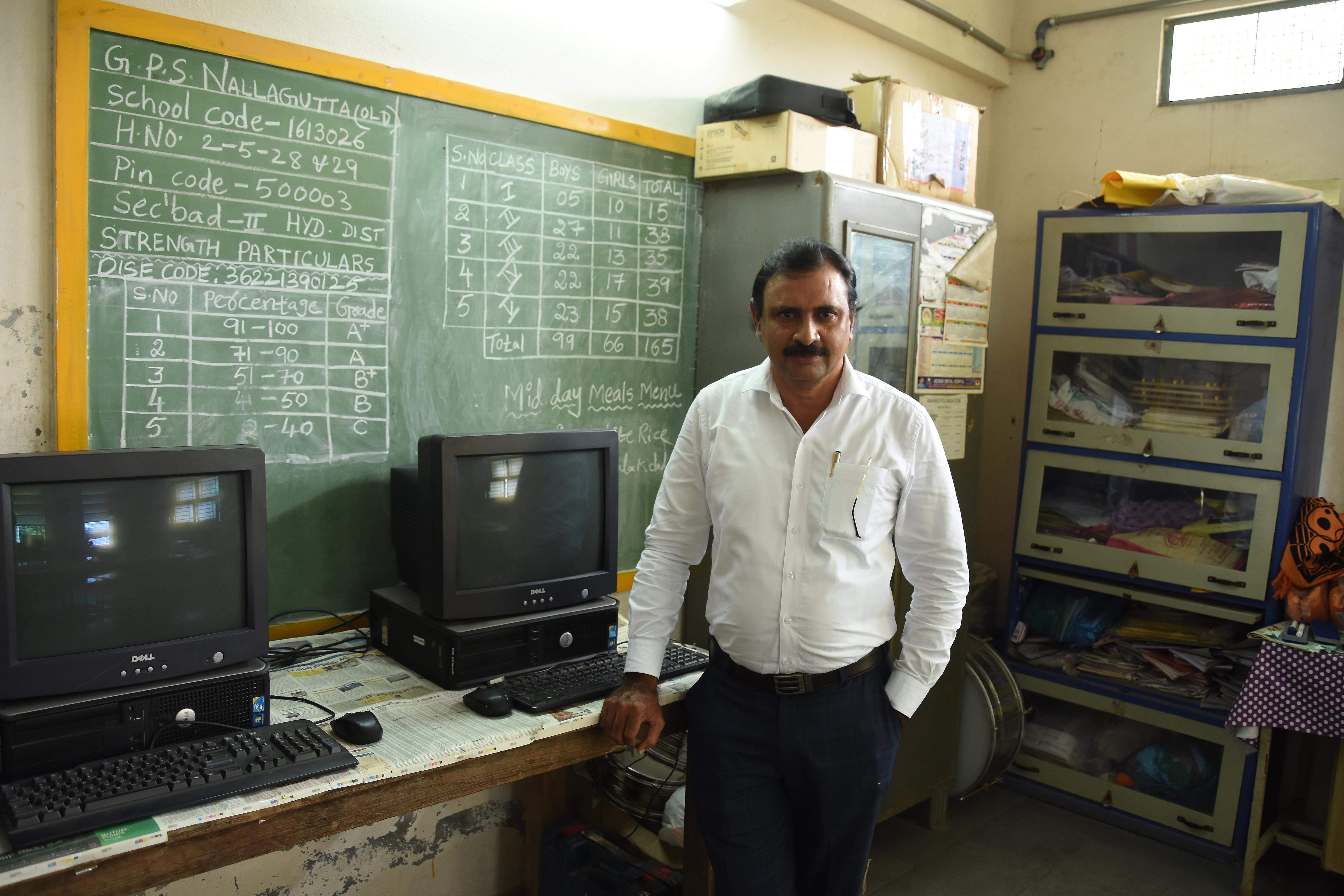 On a visit
When we walked into Headmaster Ch Showry's current school, Government Primary School in Old Nallagutta we saw a sizeable playground, an old building and lots of greenery. The 50-year-old ushered us into a digital class where students greeted us with a sing-song 'Good morning teacher'. The mood was happy and cheerful as they were singing along to the popular rhyme The Wheels of The Bus Go Round and Round while an animated version of it played on the projector. Then, another class was using an audio kit to learn alphabets, poems and more.

"Our second digital classroom is also ready and recently, our students received new uniforms as well," says Ch Showry. To boost the numbers of the school, the headmaster started LKG and UKG in this school, which had classes I to V, so that children could get an early start. He distributed as many as 10,000 pamphlets of the school through newspapers because of which students from as far as Lower Tank Bund, Bowenpally and Balamrai come to this school. "Parents pay the autowala `1,500 monthly so that children can come and study in this school," says the Dharmaram-born and laughs as he adds, "Some parents have even asked me to start a school in Malakpet." As a result, from a strength of 70, this school has grown to a strength of 170. Further, he wants to paint the walls of the school and use the baLA (Building as a Learning Aid) technique where a few lessons will be pictorially depicted on the walls of the school. He also intends to do something about the stench that erupts from the nalla behind the school. "Soon, this school will have such a demand that people won't get a seat in this school, just like my previous school," he shares and laughs. 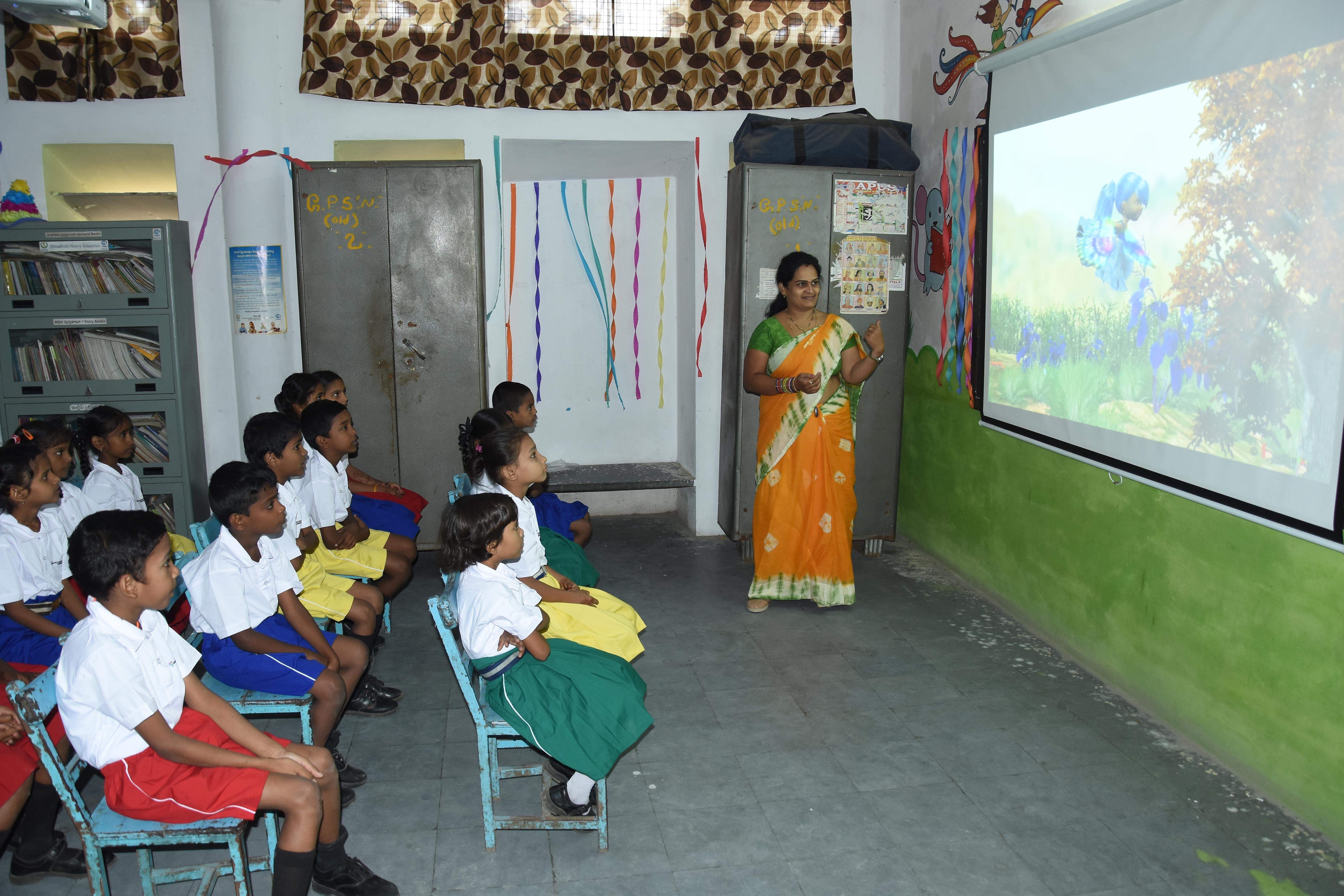 It must be noted that Ch Showry does a lot for students, but in the bargain, never neglects teachers. When he was in the Government School in Shaikpet, he built toilets for teachers which were otherwise very far away. At this school, he organises refreshing one-day tours for teachers, paying from his own pocket for it. He uses motivational videos to lift their spirits. For parents, he conducts sessions when needed, like last month, he conducted a session on dengue. They even counsel parents and help them with parenting. Students who have studied under him recently organised a medical camp in the school and even gave away kits to the children.

He is thankful for the support of teachers, the government and his donors who have been very helpful

On a mission to transform
"I took up this school on purpose because there is not much to do in developed government schools. I want it to make every school I take up the top government school," says the headmaster and this, we feel, summarises his ethos perfectly. He started with government schools in Dhoolpet, Secunderabad, New Bhoiguda, Shaikpet and is now in charge of the government school in Old Nallagutta. Every school he has been too, he has helped transform. "People have no hope on government schools also the language is a barrier as most parents want their children to learn English, but I am doing my best to fight that mindset," he says. He wishes that the government can allot more funds from their budget towards education and should send teachers to countries like Finland, known for its quality of education, for teacher training. "This state government is doing its bit by starting quality residential schools," he points out. And with their support, and the support of donors, he intends to do a lot more. 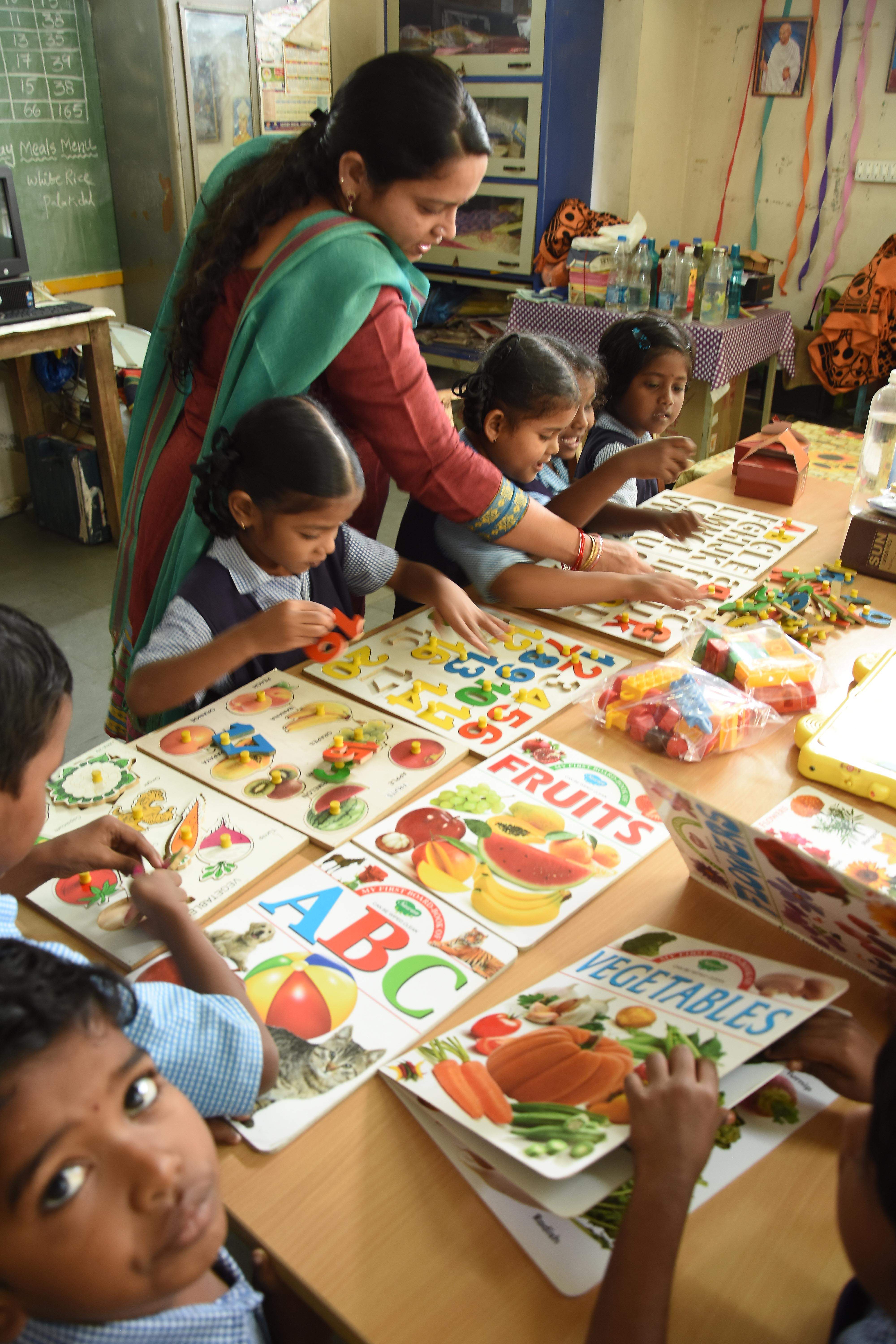 The headmaster had briefly worked as a Chief Accountant for a private school. We wonder if he misses a cushioned job. "I am satisfied with my job. I think even if I would be earning crores, I wouldn't be this satisfied. This satisfaction comes from the faces of smiling children I look at every day," he says and signs off. 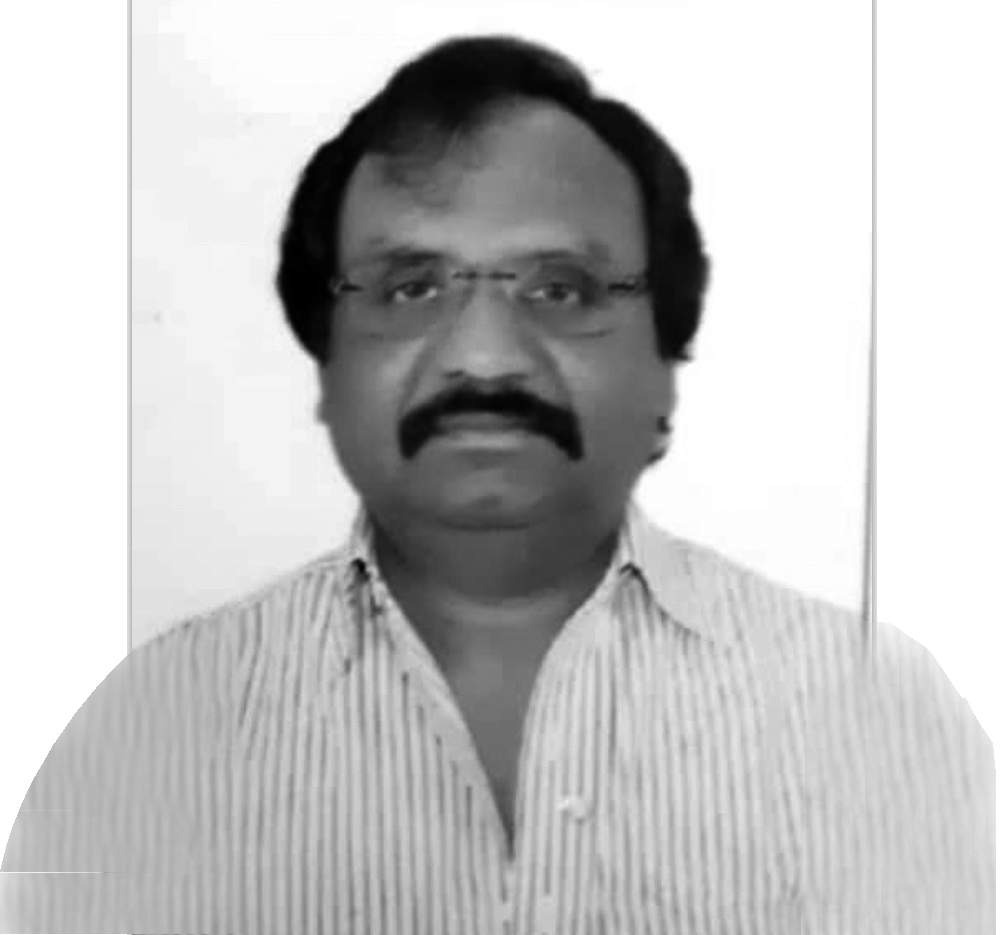 Manchukonda Foundation's Manchukonda Prakasham has always supported Ch Showry with his endeavours. In fact, the second digital classroom at the school in Old Nallagutta was recently inaugurated by him 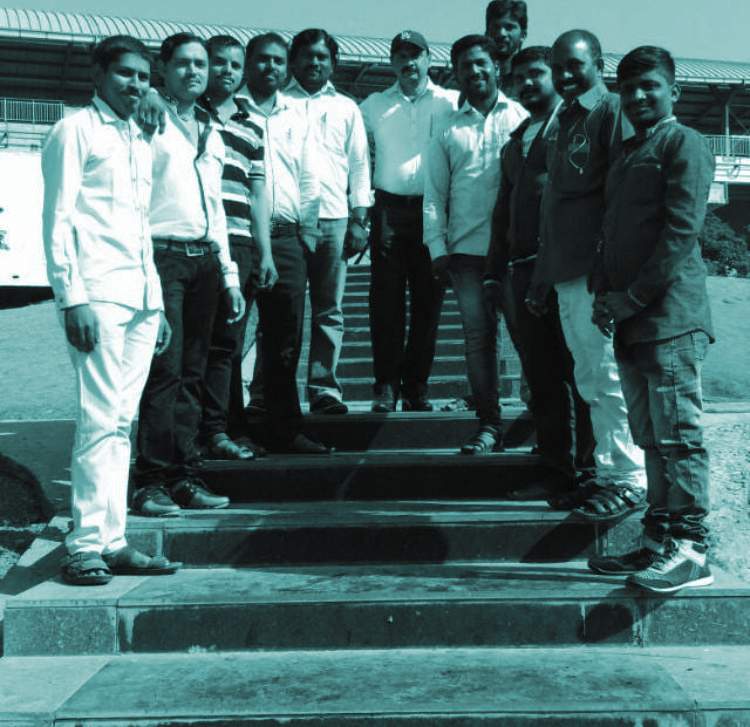 As a Secondary Grade teacher in Government Primary School Dhoolpet: It was the time when class VII student had to write Board exams. After school, he spent extra hours with the students to teach them and all of them passed the exam that year 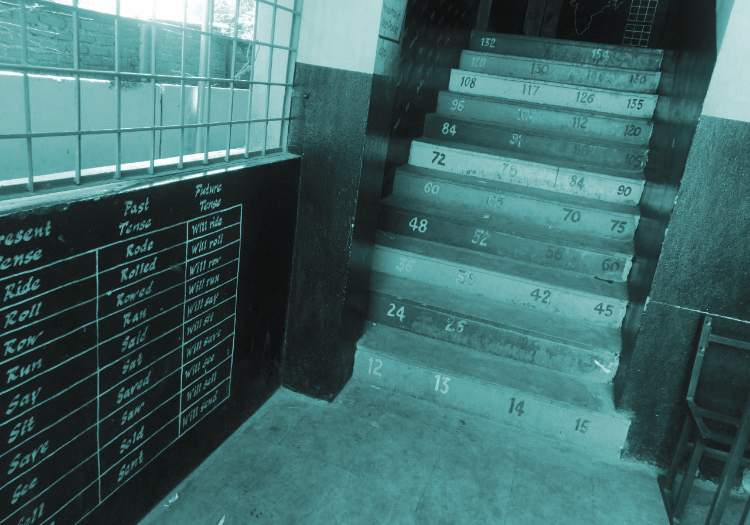 Teacher at Government School, Secunderabad: Got electricity and new uniforms for children. From 23 students, the number shot to 127 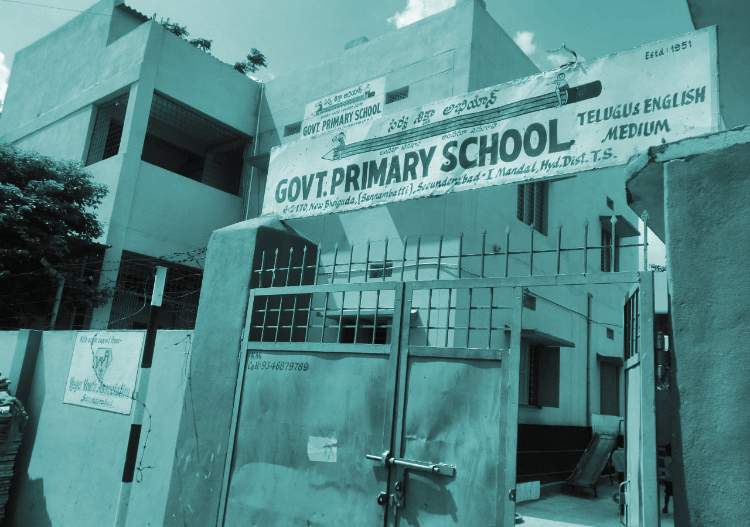 Teacher at Government School, New Bhoiguda: With the help of Sarva Shiksha Abhiyan, he got `45 lakh funding which he used baLA and painted the walls of the school. Officials from New Delhi, Punjab and Kerala visited the school 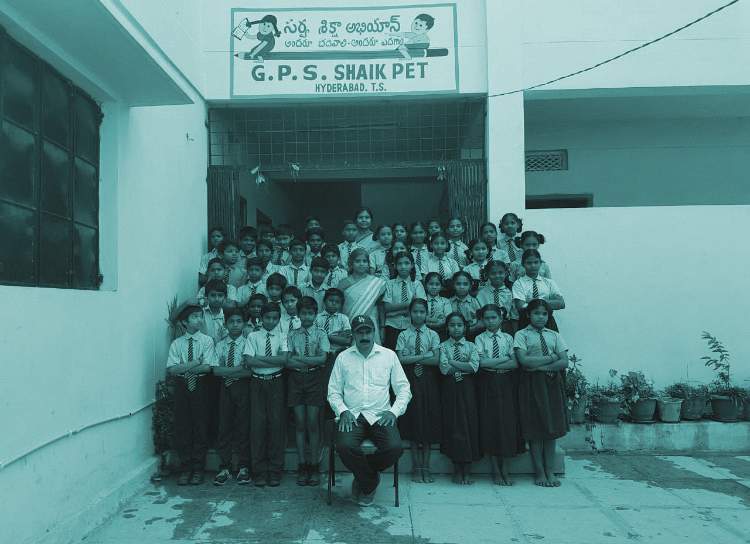 The headmaster at Government School, Shaikpet: With the help of Manchukonda Foundation, he installed water purifying plant and whiteboards. With the help of Sarva Shiksha Abhiyan, he built extra rooms. Volunteers from Ishva Foundation would teach art to students. The school won 53 medals in a tournament 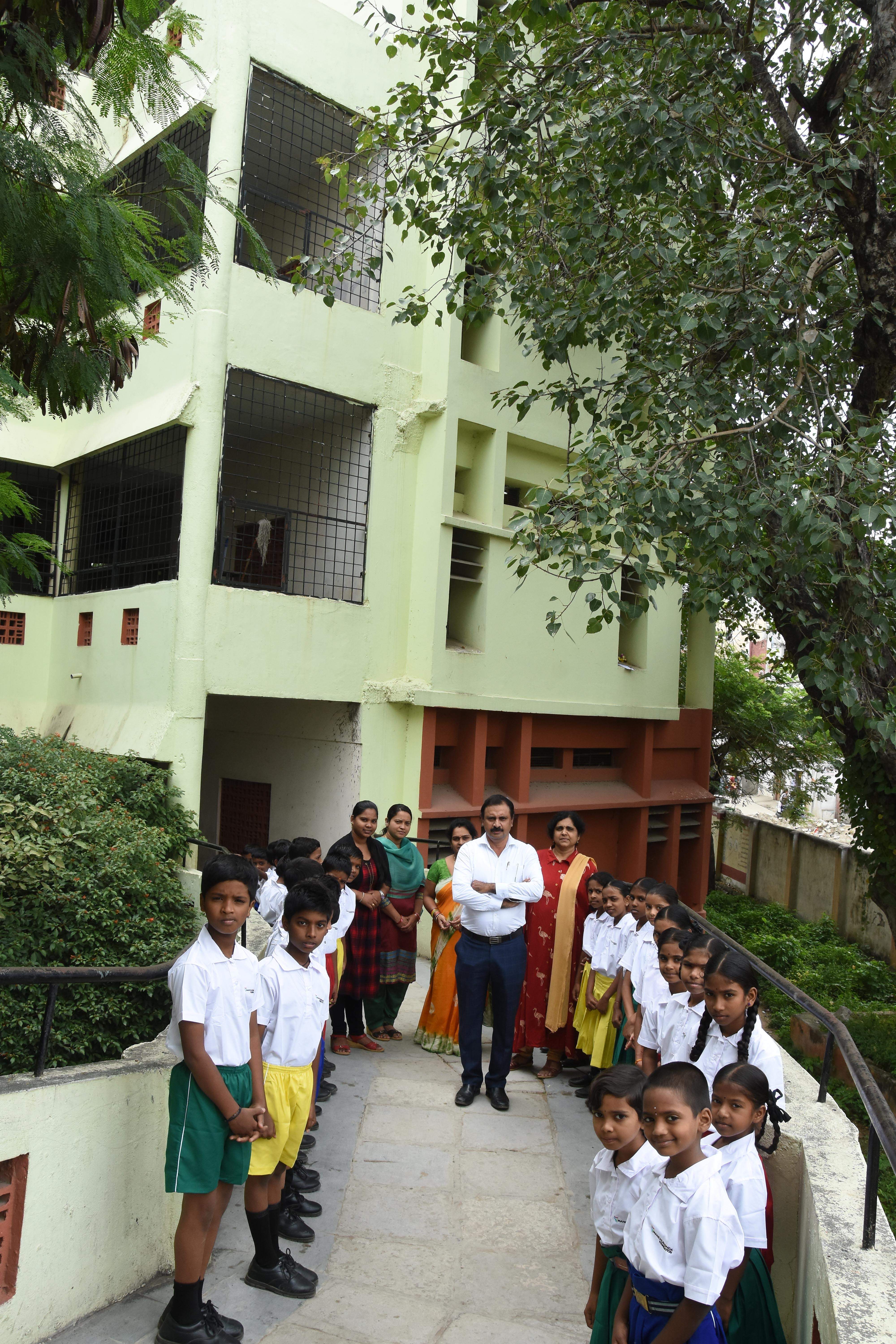 Let's read what the teachers and students have to say 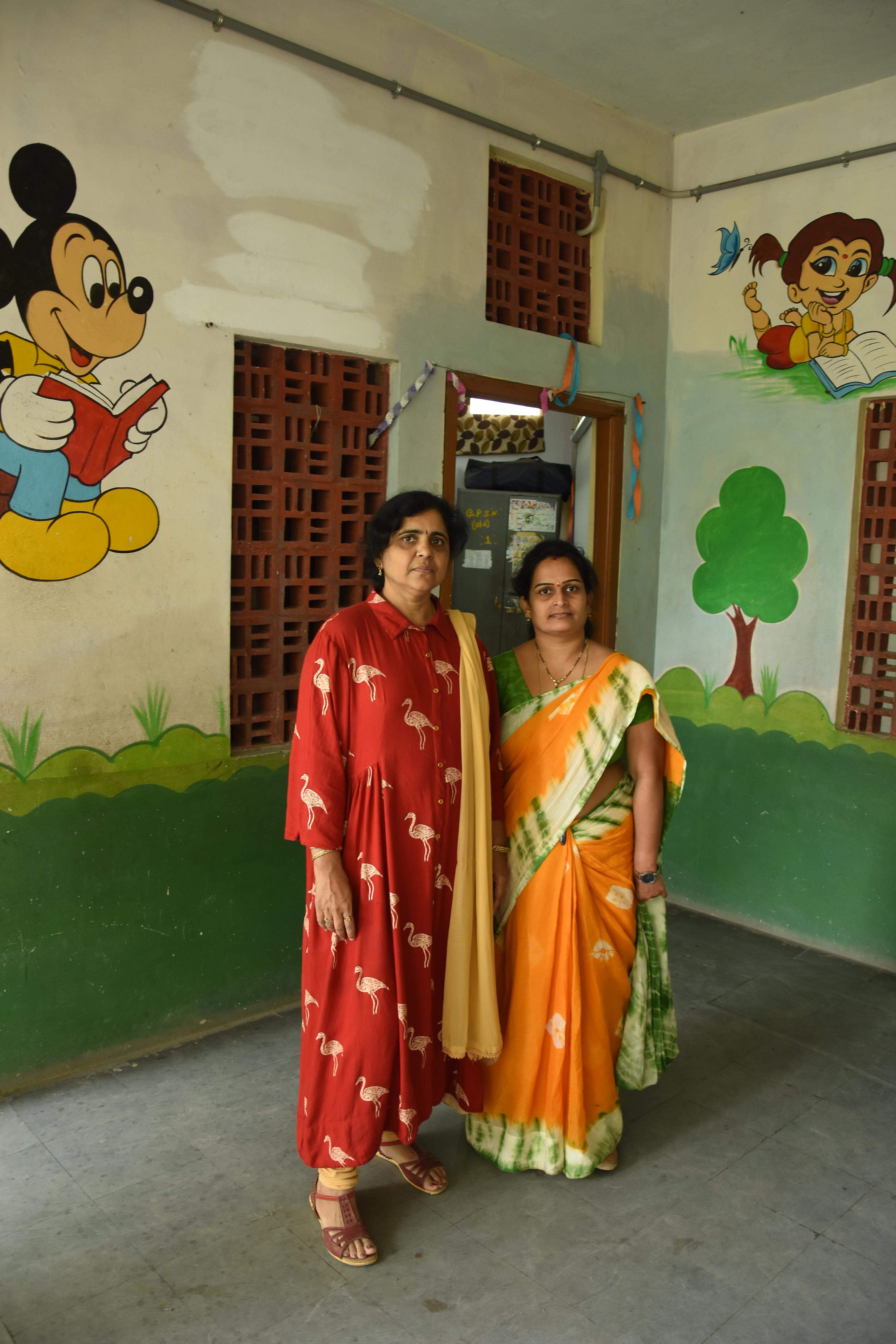 I have been teaching here for 14 years and have seen the school transform. With digital classrooms, it's so easy to help students visualise things like oceans and mountains

K Sailaja, Teacher (On the left)

Our headmaster has developed a school a lot and the strength is good too. Midday meals that are served are hot and healthy

K Udayasree, Teacher (On the right) 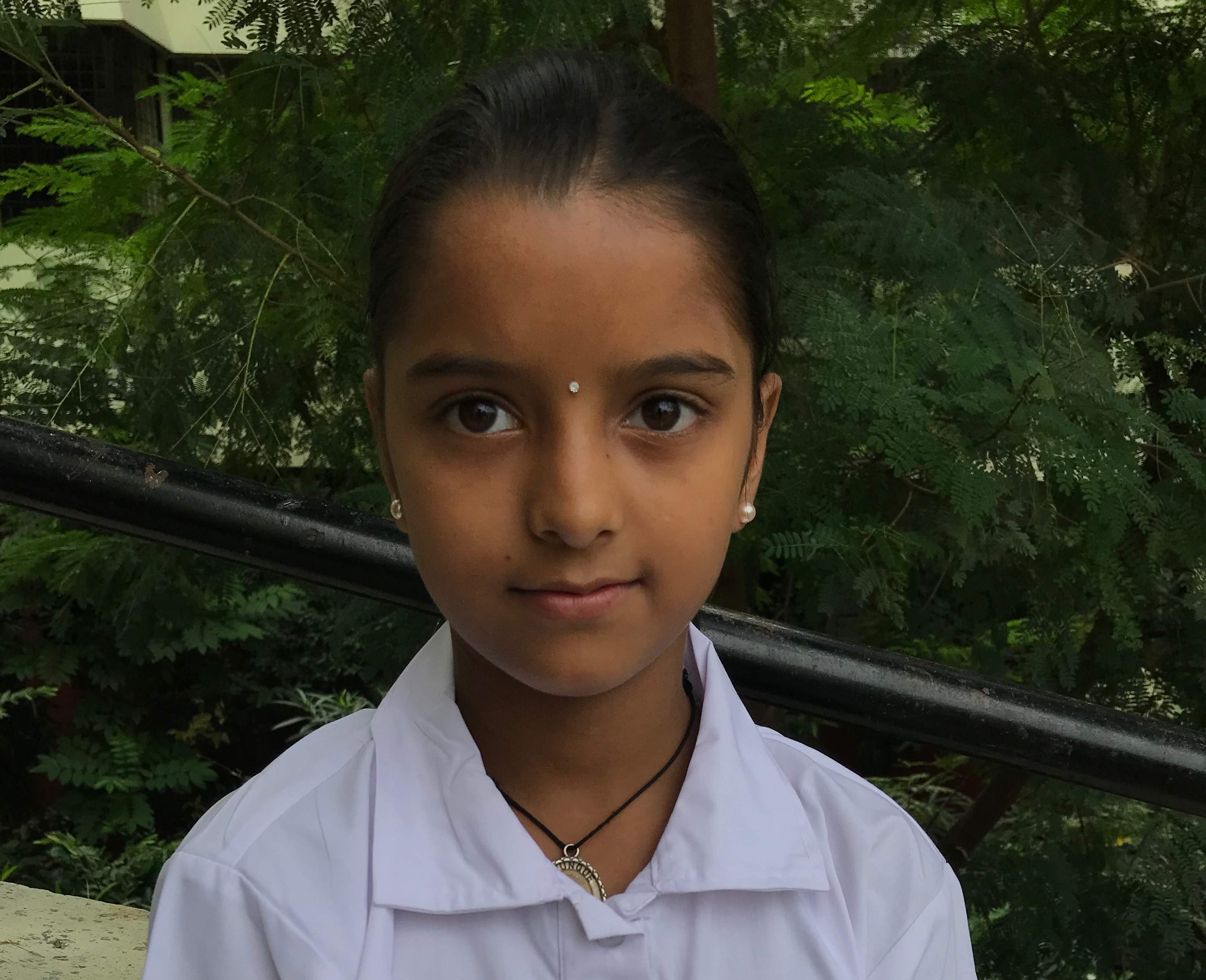 Teachers teach well and I like how neat the classrooms are 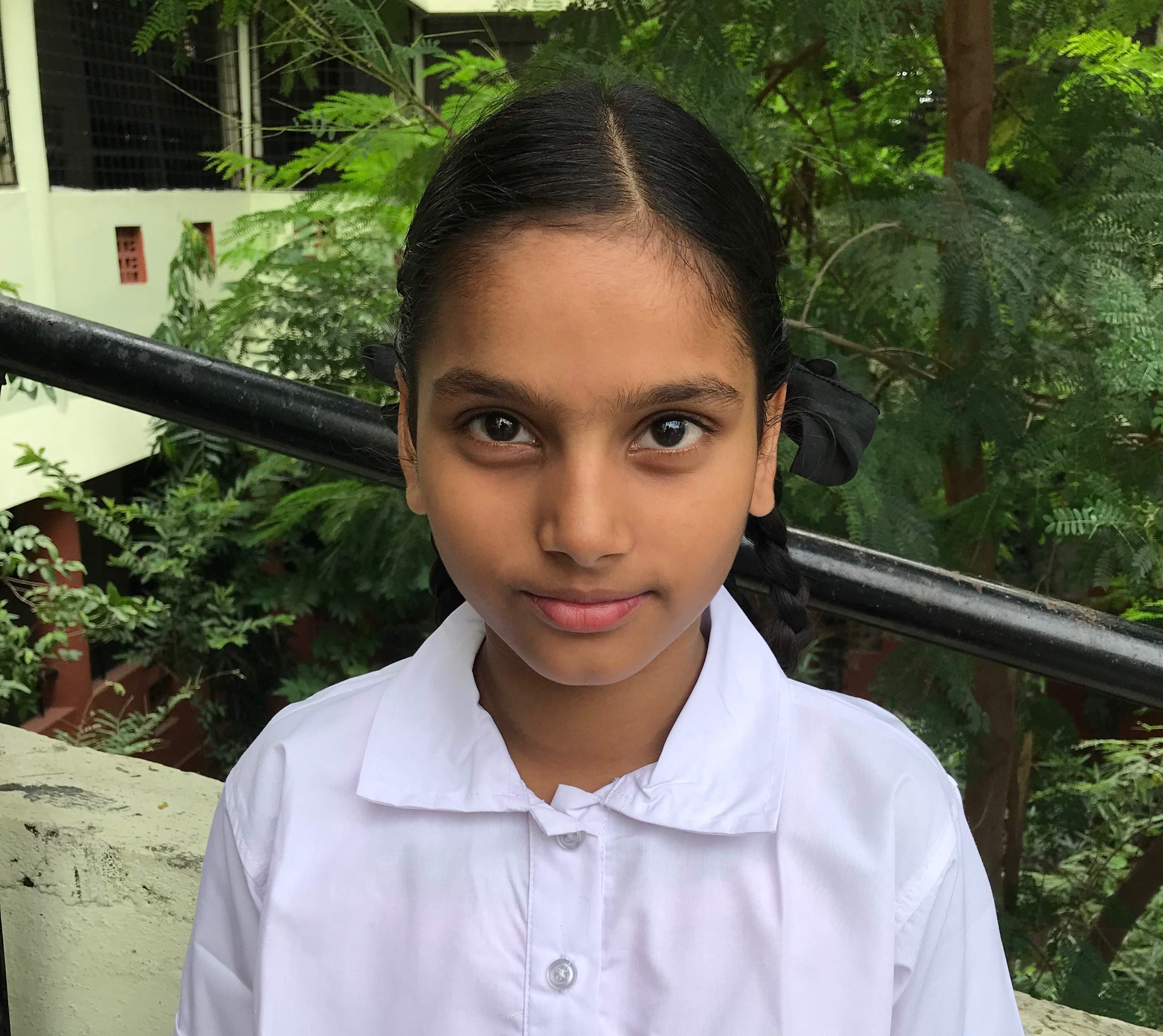 I like playing kho kho, kabaddi and shuttlecock in our grounds 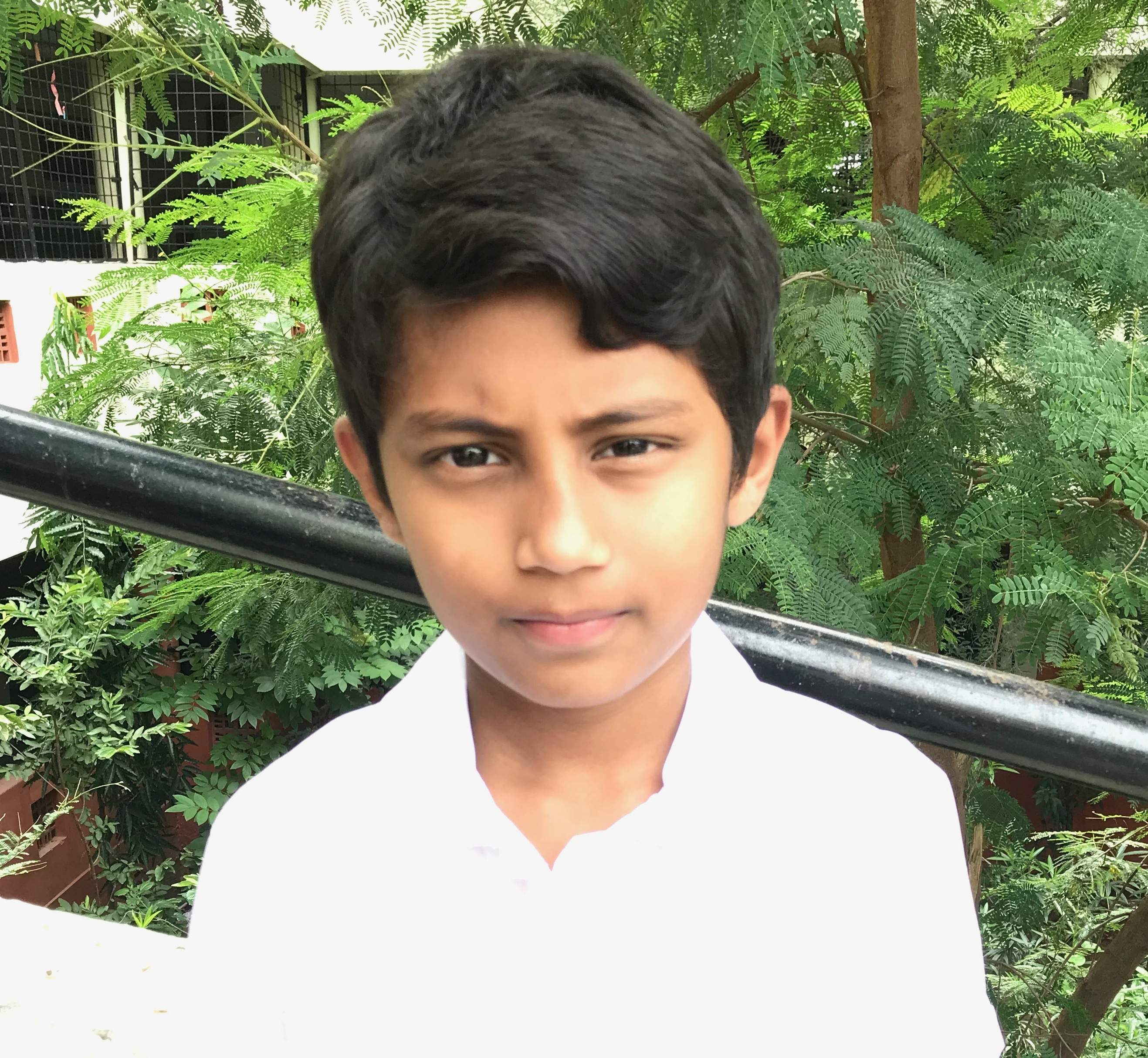 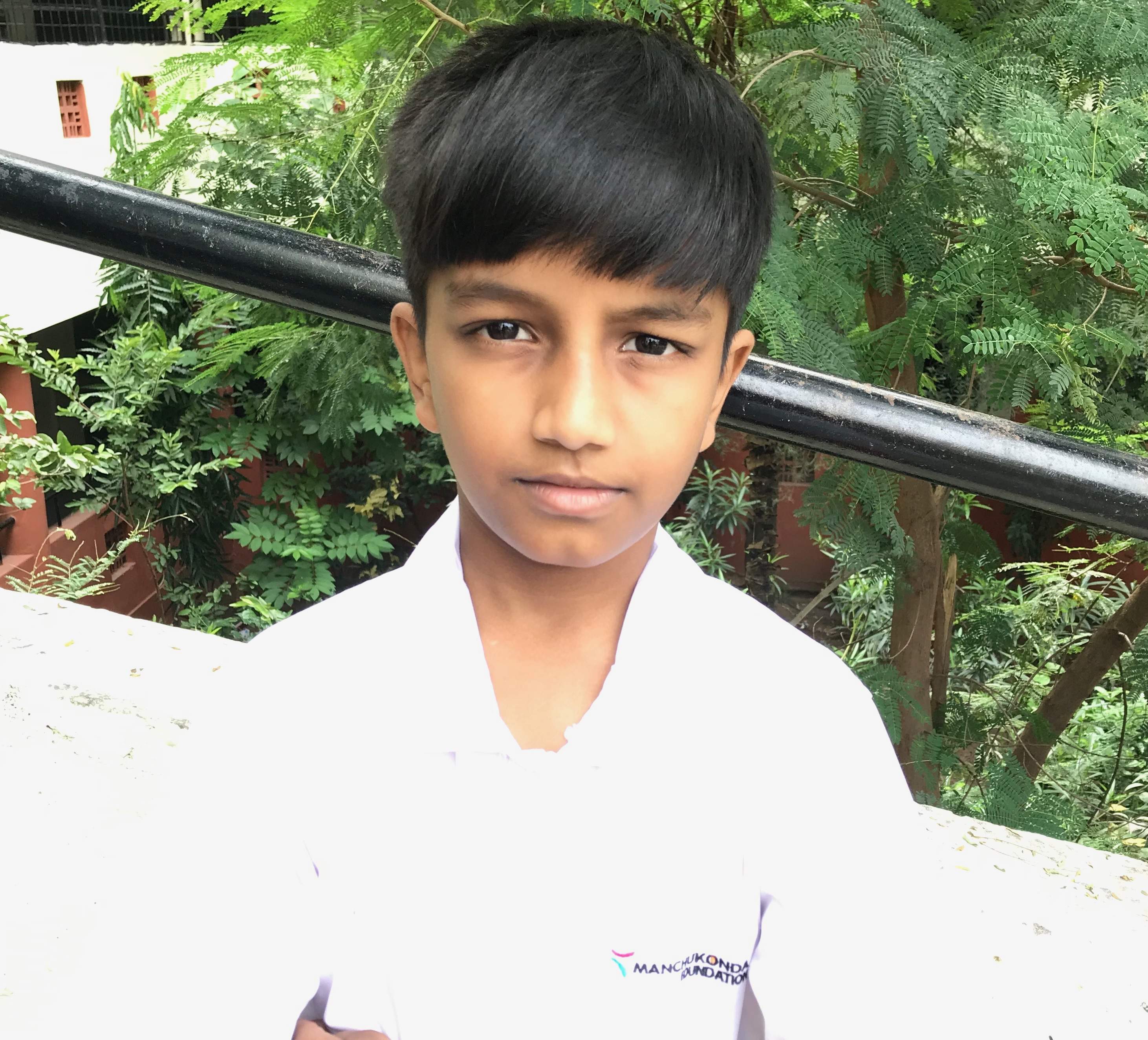 Reach Out to him on chshowry777@gmail.com