Their list of clients includes the Government of Odisha as well. They have also diversified into school uniforms, hoodies, cloth bags and more

T-shirts with the name and logo of respective colleges have always been a prized possession for students around the world. But it was only after talking to the founder of Fastech Fashions, formerly known as Ovotees, that we understood the kind of work that goes into printing these T-shirts. Abhijeet Sahoo and Biswojeet Kiro, students of NIT Rourkela, were troubled by the fact that there are no vendors in Odisha who could deliver T-shirts for their technical fest, Innovision. "We realised that every college might be facing a similar problem," says Abhijeet. 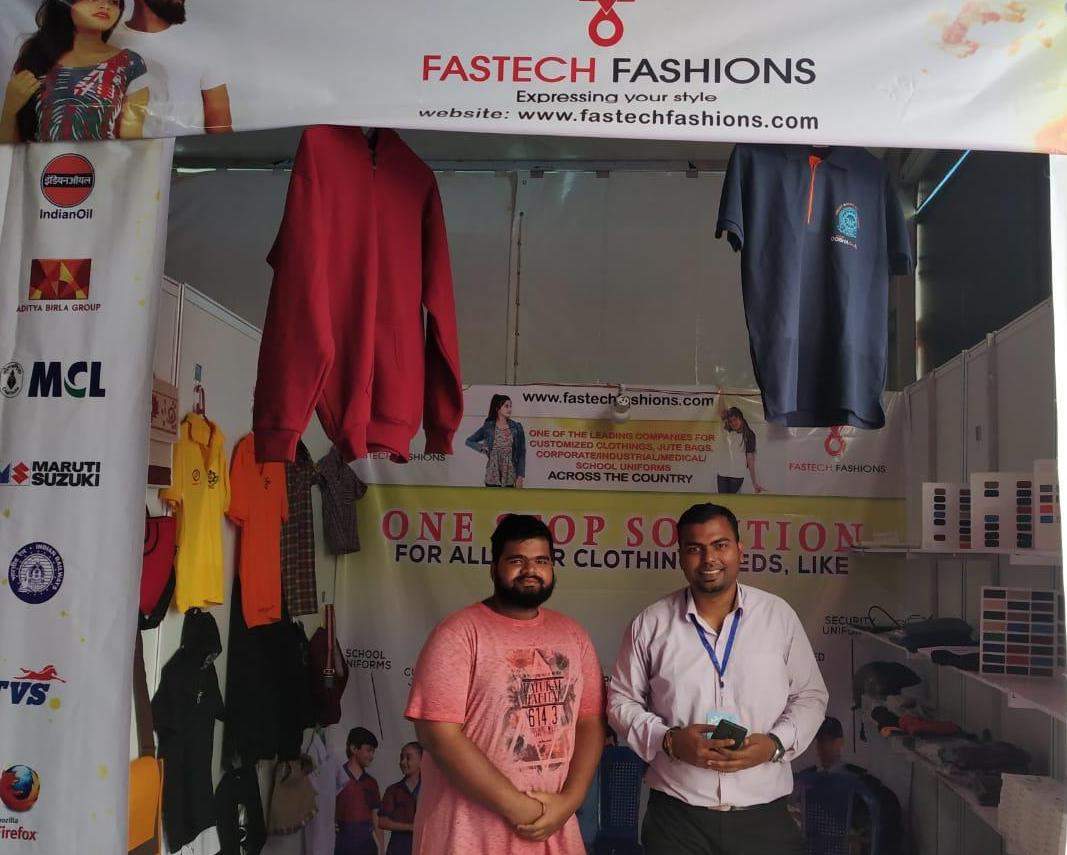 On display: At the stall | (Pic: Fastech Fashions)

So the duo decided to get into the business of printing T-shirts themselves. This took them to Ludhiana in December 2016, where they interned at a company in the same business with the desire to procure a printing machine from them. Of course, things weren't easy, especially financially. "It takes at least Rs10-15 lakh to set up this kind of start-up and being students, we did not have that kind of money," explains the 23-year-old. They borrowed money from their families and together with their savings, purchased just the main printing machine for Rs 3 lakh and brought it to NIT Rourkela and set it up in the space provided by the college's Foundation of Technology and Business Incubation. The rest of the machines, like an exposing and stretching unit, they made themselves with the help of local welders.

They have a clientele of about 30-40 which includes Ashok Leyland, Indian Oil, Vodafone, Xavier School of Management, DAV Public School and more. They even collaborated with the Odia film industry for movies like Mal Mahu Jiban Mati

But it wasn't like business took off immediately after and orders came pouring in. After an order of 40 T-shirts in the first month, there was a lull. Not just that, they were not able to live up to the quality they had envisioned. "I was in a state of depression and it was writing that held me in good stead. I wrote the book Breaking Barriers - From a Kiddo to an Entrepreneur and it pulled me through," says Abhijeet who was born in Khorda. But after the disappointing down came an uplifting up, they rectified their errors and hit the ground running. And guess what? Today, their list of clients include the Government of Odisha as well! They have also diversified into school uniforms, hoodies, cloth bags and more. All together: Time for a group picture | (Pic: Fastech Fashions)

"We took a few loans from State Bank Of India and now, have a stable team and can promise to deliver big orders too," says the alumnus of Royal College Of Science and Technology. Now that they have conquered Odisha, they have their eyes on other states as well. They want to set up another marketing office in Bhubaneswar and Kolkata as well. "We are even trying to introduce Sambalpuri fabric in school uniforms because our uniforms should reflect the culture of our state," says Abhijeet. So next time you are looking for a place to get your college T-shirts printed, you know who to call.