How Akshar Foundation is keeping kids away from child labour

On World Day against Child Labour, read how an innovative young couple is allowing children to revolutionise the education system by working as teachers

When nine-year-old Sanjay (name changed) first walked into the Akshar Forum School three years ago, he was an angry young boy with rags on his back and no sandals on his feet. “His father was an alcoholic, and his mother was suffering from a mental illness,” shares Mazin Mukhtar, co-founder and Associate Director of the Akshar Foundation. Poor and disgruntled, Sanjay was a bully at school, and would hit his sister back at home. Such was the life of many a young child in Pamohi, Assam.

Until Mukhtar decided to change all that.

Mukhtar credits his wife, Parmita, for helping him set up the school. He says, "She went from door to door, convincing parents and giving my dream a direction."

At the age of 15, Mukhtar was a student of Aerospace Engineering with a full scholarship at the University of Maryland. However at 18, he became disenfranchised with the education system when he realised that it was unfair and created disparities between students. He dropped out and came to India in 2013, where he met his wife Parmita Sharma, a graduate in Social Work from the Tata Institute of Social Sciences (TISS). Together, along with their Managing Director, Prof Aleka Sharma, they set up the Akshar Foundation in 2016, with a goal of creating a new system of education that gives equal opportunities to all students, regardless of their economic background and career inclinations.

Akshar Foundation’s model of education, which is recognised by the United Nations, helps students move through the curriculum based on their skill level, rather than their age. “For kindergarten and pre-school, our worksheets teach children how to read up to sentence and paragraph level. Then they move on to the Cambridge Global English curriculum for primary school. We have students who were child labourers until three years ago. They didn’t know the alphabet when they came to us. Within three years, with the help of this curriculum, they’re now studying standard 5 Cambridge English,” reveals Mukhtar. The most remarkable aspect of the school however, is the innovative meta-teaching model that they’ve implemented. “It was a challenge to keep students in school because parents believed that they could contribute better to the household by working in the factories or stone quarries. We then started the practise of getting the older students to teach the younger students,” explains Mukhtar. Under this system, the older students earn reward points based on their teaching, which can be exchanged as toy money for essential items like snacks, shoes, clothes and toys. “That allowed us to pitch to the parents that they will earn and learn in school. If they stay with us and develop their skills, they’ll constantly improve their earnings. And we tell them that if they’re sent to the factories or the stone quarries, they’ll earn the same wage for the rest of their lives and they will be stuck at that level,” Mukhtar says.

This system has helped parents understand the value of education in increasing earning power.

For the students themselves, it has been their salvation. In Mukhtar’s poignant words, “Money is seen as a kind of a base thing, but it has important social value. It is society’s way of saying that something is valuable. When Sanjay started earning for teaching, within a short time, his attitude was completely transformed from this path of violence and criminality, to the path of being responsible and caring for younger children. His anger is gone, he smiles a lot, and he has shown brilliant ability in Math. He is one of our best teachers.”

On the financial reward system, Mukhtar says, “We thought they’d use the point money to just by chocolates. But they buy sandals, clothes, food, and other basic needs. One ten-year-old bought toys for his younger sister. He didn’t have much himself, but he wanted his sister to have a doll.”

Another aspect that has contributed to this phenomenal turnaround is the respect they get from the younger students. “They call them “dada” which means elder brother, and they look up to them. The older students teach the same kids for extended periods. They start to take pride in what they’ve accomplished. They say, ‘My younger sister didn’t know how to add, and now she does because I taught her.’ That’s really empowering,” insists Mukhtar.

The Foundation has official Consulting Status with the United Nations, and they recently implemented their model at a government school in South Delhi to great results. The financial reward system of the meta-teaching programme reaped similar benefits for the underprivileged kids in Delhi like it did for those in Pamohi. “We’ve realised that this model works everywhere. Every kid wants access to basic facilities. Our goal is to reform 100 such schools in the next 5 years.” 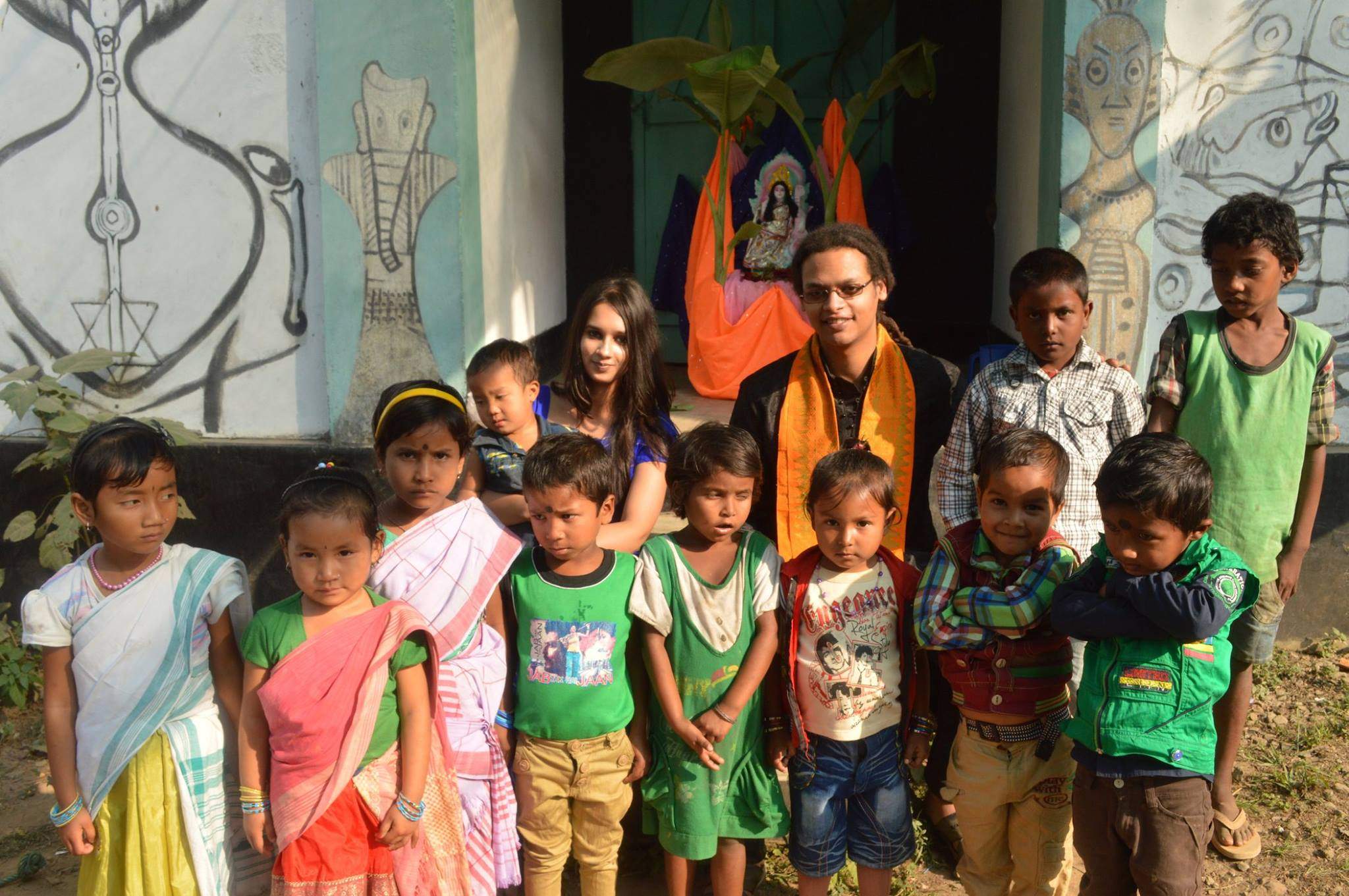 Many other foundations are coming forward to learn and replicate Akshar’s methods of wholesome learning. However, the school is currently running out of funds. “Oil India, which was funding us last year, pulled out because of the elections. Now we’re struggling to find resources for basic needs like petrol for our school bus,” Mukhtar says. The foundation welcomes donations on their official website.

Mukhtar gave up a job offer from Boeing to come to India and fulfil this noble dream. His inspirations include Tej Hazarika, son of Bhupen Hazarika, and Mahatma Gandhi, whose ideas of skill-based Nai Taleem continue to drive this young reformer even today. Mukhtar paints a picture of determination, as he leaves us with these words, “We want to have this force multiplier effect where each year, the students are more and more skilled at teaching, and the generations that follow are more and more prepared.”

Akshar Foundation requires their students to bring plastic waste from home in the form of school fee. This is to eliminate the habit of burning plastic among the locals, and to educate the students about the importance of recycling

Fixing the Future
Mukhtar’s focus on reinventing education focuses on these three things:
- Grouping of students by age rather than skill level to better assess their learning needs.
- Giving students financial incentives to stay in school because they are under immense pressure from parents to drop out and contribute to the family’s income.
- Schools need to be a direct pipeline to their careers. The entire system is a protracted college application process, and yet only a few students actually go to college. We need to recognise high skill based job such as carpentry, electronics, tailoring, landscaping and technicians in various fields in the education system so that these jobs gain more respect.

Scenes that the foundation captured: 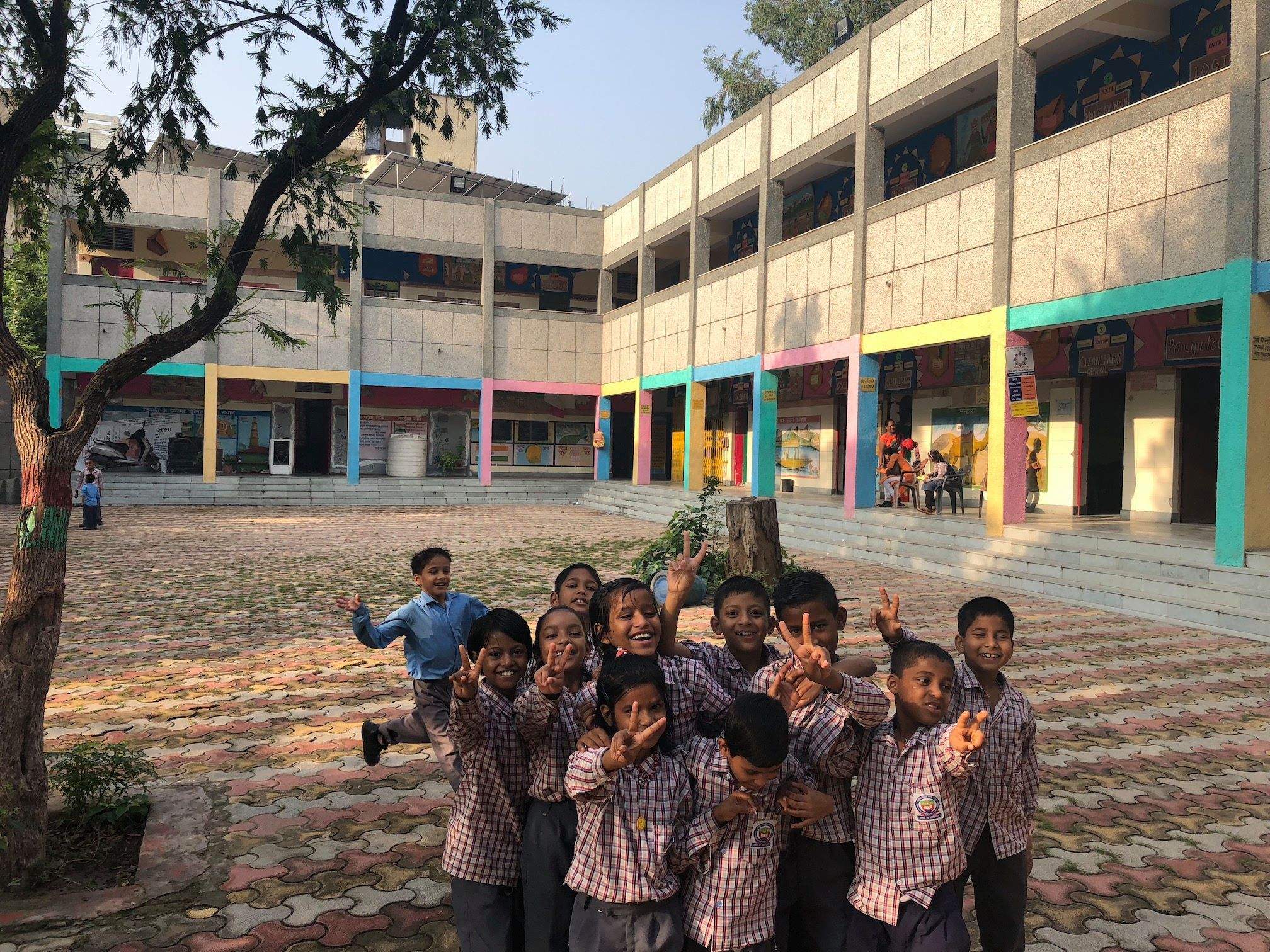 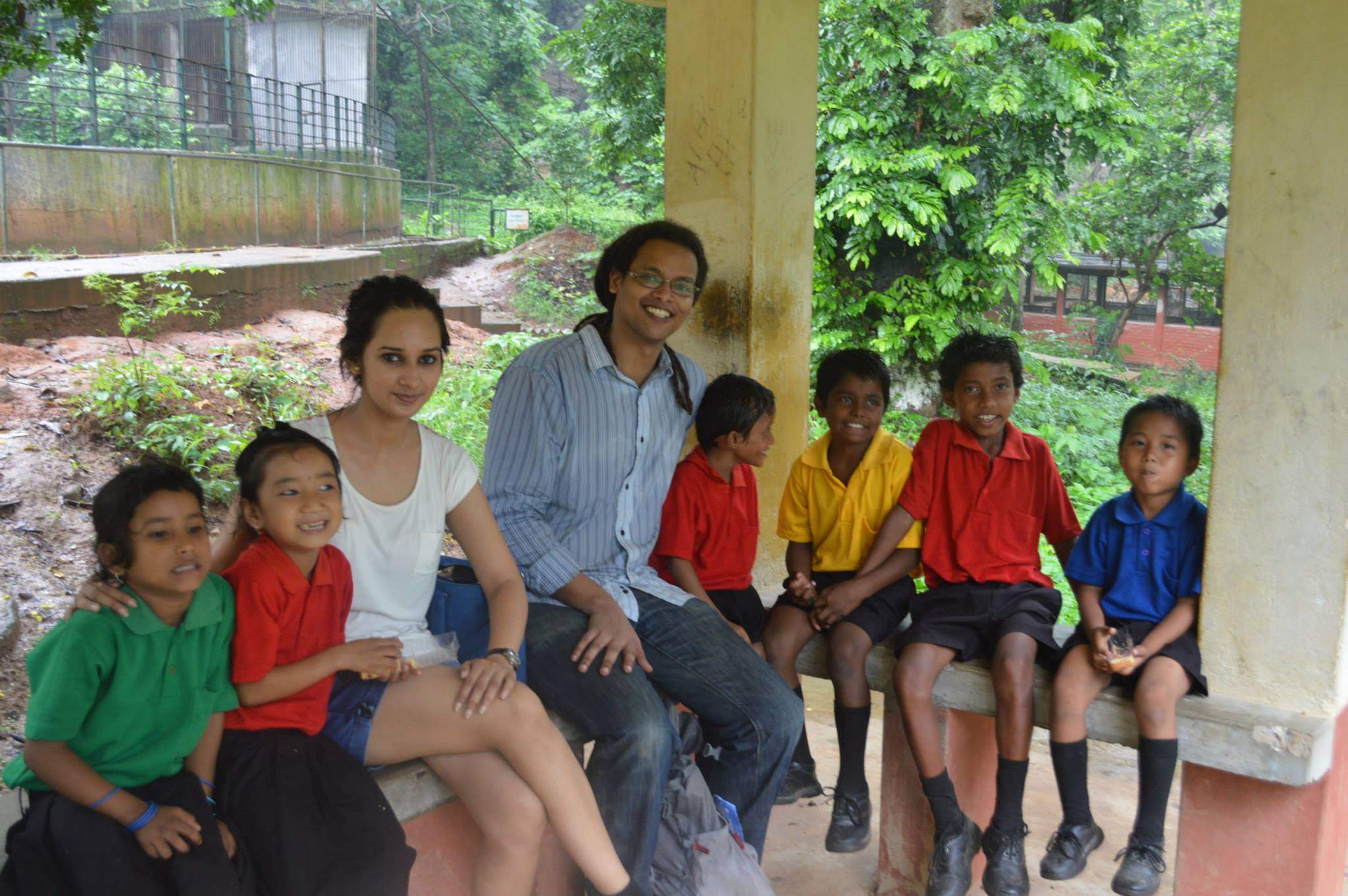