What's inside the time capsule that Nobel laureates buried during Indian Science Congress 2019?

The Time Capsule contains 100 different items that represent a cross-section of technology in today's India like laptops, smartphones, a drone, VR glasses and much more

Today's rapidly changing technological landscape leaves little to the imagination about the life we would have after 100 years. But it would sure be surreal to think of 2019 in 2119. During the Indian Science Congress, Lovely Professional University buried a time capsule on January 4 with varied items from phones to scientific pieces of equipment to seeds that will be unearthed after a century.

The time capsule, with 100 items that include laptops, smartphones, a drone, VR glasses, Amazon's Echo with Alexa and consumer durables like an air filter, induction cooktop along with scientific equipments like an ammeter, a two-stroke engine and also movies and books for science students in Class 12 and a mirrorless camera, was buried by three Nobel Laureates on the occasion of the on-going 106th Indian Science Congress.

"Earlier, major developments took place over a few decades while today new tech capabilities are being added to our lives every few years. The Time Capsule developed by us offers a representation of our technical know-how as it stands today. I am sure it will be a source of wonder and pride for the generation that digs it out in 2119," concluded Ashok Mittal, Chancellor of LPU. 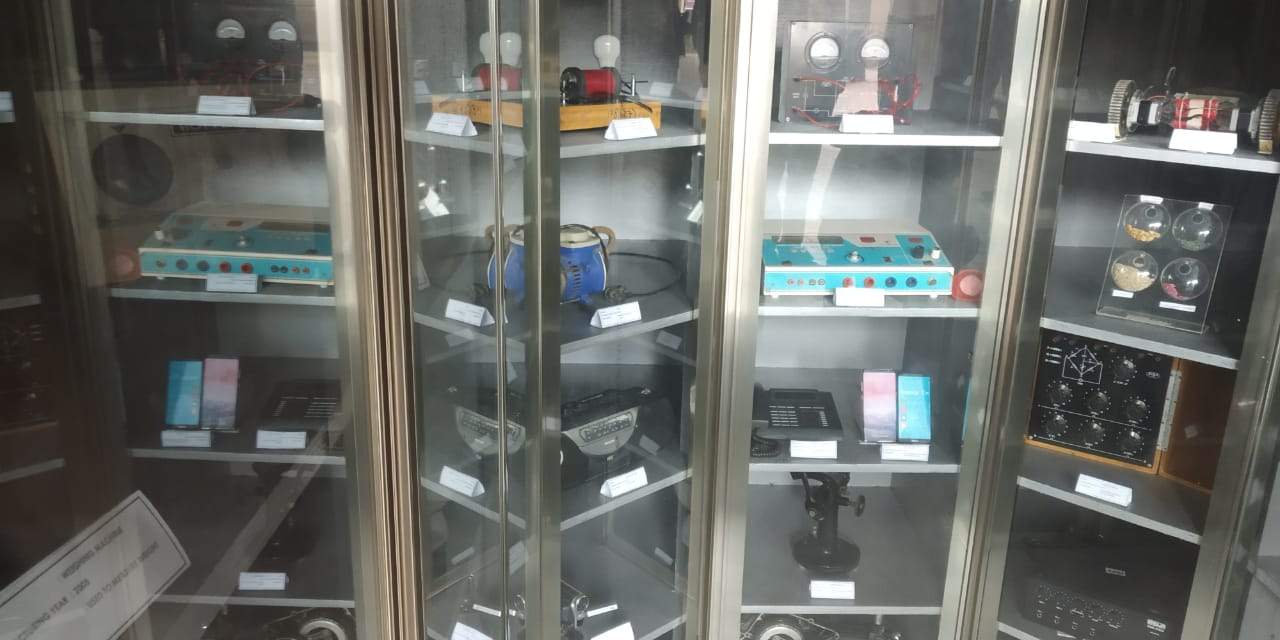 A time capsule for 2119: The capsule buried at LPU celebrates the latest Indian scientific achievements by preserving the replicas of Mangalyaan, Brahmos missile, and more (Pic: Prajanma Das)

Over 25 students across several departments of LPU were involved in building the Time Capsule. The items that have gone into the capsule were selected on the basis of an internal poll among students at LPU.

"The competitive nature of the scientists and the young researchers will lead to great inventions. There was a conjecture when people did not want to accept my work because it was different. But, the unity of science is what is amazing about it. I think all countries should have one place equipped with a world-class tech unit or an institution. India too doesn't have many places where practical work is being done. India is more into theory. If people who have gone to developed countries can bring back the tech from there it would be useful here," said F Duncan M Haldane, one of the Nobel Laureates. 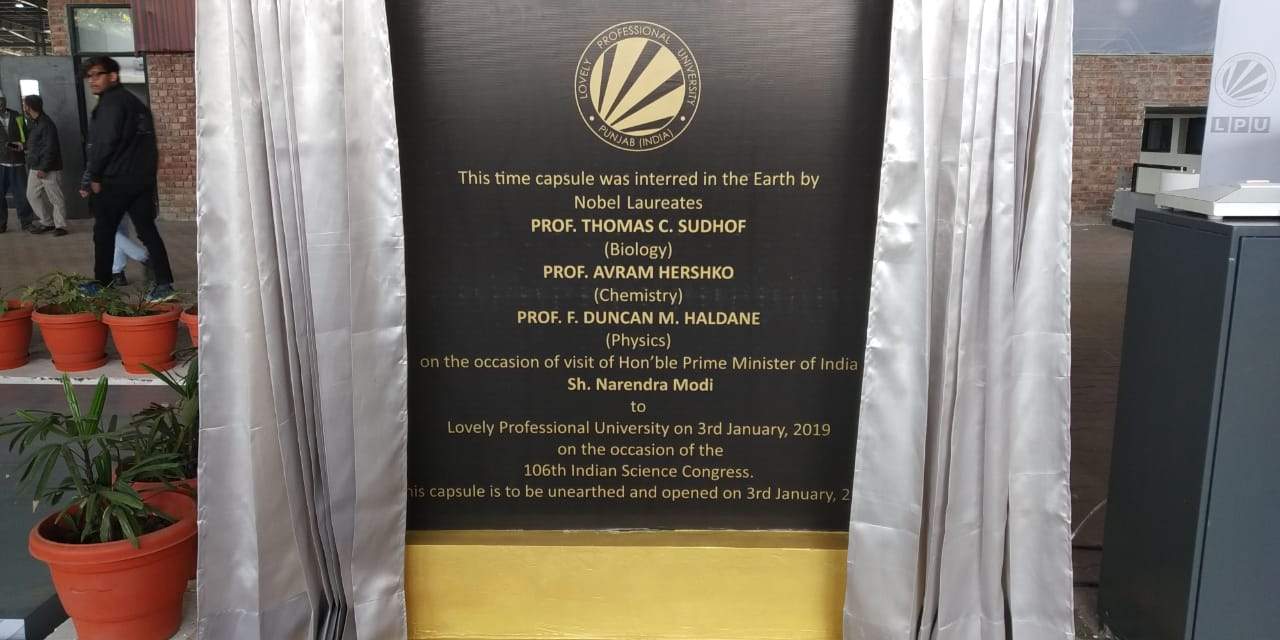 Into the future: The capsule was buried at a depth of 10 ft by three distinguished Nobel Laureates at the LPU campus (Pic: Prajanma Das)

He added, "But a major problem here is the change in government that brings huge fluctuations in the quality and the setting up of scientific institutions. India needs to spend more on experimental projects like China. India needs to reverse the brain drain. It has a large diaspora living abroad and it should try to get the talent back to the country."

The items that are part of the Time Capsule represent day-to-day technologies used in today’s India- landline telephone, smartphone, weighing machine, water pump, stopwatch, headphones, handy-cam, and pen drive. The capsule will also preserve several scientific equipment like rheostat, refrectorscope and double microscope. Some other products that will be preserved include solar cell, a hard disk with latest documentaries and movies.

The capsule buried at LPU celebrates the latest Indian scientific achievements by preserving the replicas of Mangalyaan, Brahmos missile, KalamSat and Tejas fighter jet. It also includes representation of services that enabled India to embrace digital transactions such as UPI.