If Lal Bahadur Shastri batted for the farmer and the soldier, then Narendra Modi is currently holding a flag for the researcher. Inaugurating the 106th Indian Science Congress at Lovely Professional University on January 3, Prime Minister Narendra Modi added his twist to the popular catchphrase, saying, "India's greatness lies in connecting the scientific advancements to the society and its needs. Lal Bahadur Shastri said Jai Jawan Jai Kisan and Vajpayee added Jai Vigyan to it at Pokhran. I believe it is now time to take one more step forward and add Jai Anusandhan to it."

Modi made a grand entrance at the meet and then proceeded to the stage for an elaborate photoshoot session with the Indian Science Congress Association.

Research scholars across the country, who had been continuously protesting for a stipend hike from the Ministry of Human Resource Development and Ministry of Science and Technology, only just met with both Union Ministers and came away with pro tem assurances that they will get "substantial" raises. So there is a good chance that they will find this newfound concern from the PM, who did not deign to meet or address them, surprising, at best.

The Prime Minister, during whose current term the number of IITs and IIMs has increased, seemed to suggest that India's population preferred to go to Government-run colleges despite having premier colleges like the IITs, "Over 95 per cent of our students go to state universities and government colleges even when the number of IITs, IIMs are no less in the country. Our strong research ecosystem must be developed in such universities and colleges. I call upon the Prime Ministerial Science, Technology and Education Council to discuss this issue in detail and formulate an agenda in collaboration with the MHRD."

Modi also spoke about how the focal point of research should be to help farmers better their lives, instead of focusing on businesses and corporations, "We should aspire to use the tech to help the poor farmers of our country. They can then make use of these advancements. Ease of business is being spoken about. Ease of living should be our real focus. The ISC has chosen the right topic. We need more progress to get to the New India we speak of." he added, (Everywhere there is) Drought and flood. Can we work on saving our country from them? Can we innovate technology to eradicate fatal diseases and malnutrition?"

The PM also said that he was not in favour of research that is done for the sake of scientific progress alone and was not rooted in practical societal application, "We need to link science to the lives of the common man. It's high time India takes leadership and we have to do it soon. We won't do research for research sake. We should envision ourselves as leaders whose research findings others will follow," he explained, before adding, "We have enlightened the world in the past and we need to do that again." 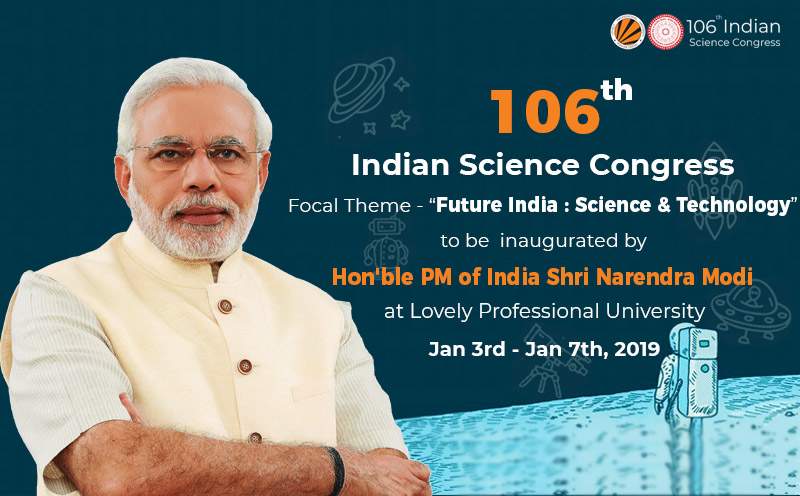 106th Indian Science Congress: Over 30000 scientists from over 60 countries are participating in the event which will also host four cabinet ministers (Pic: ISC website) 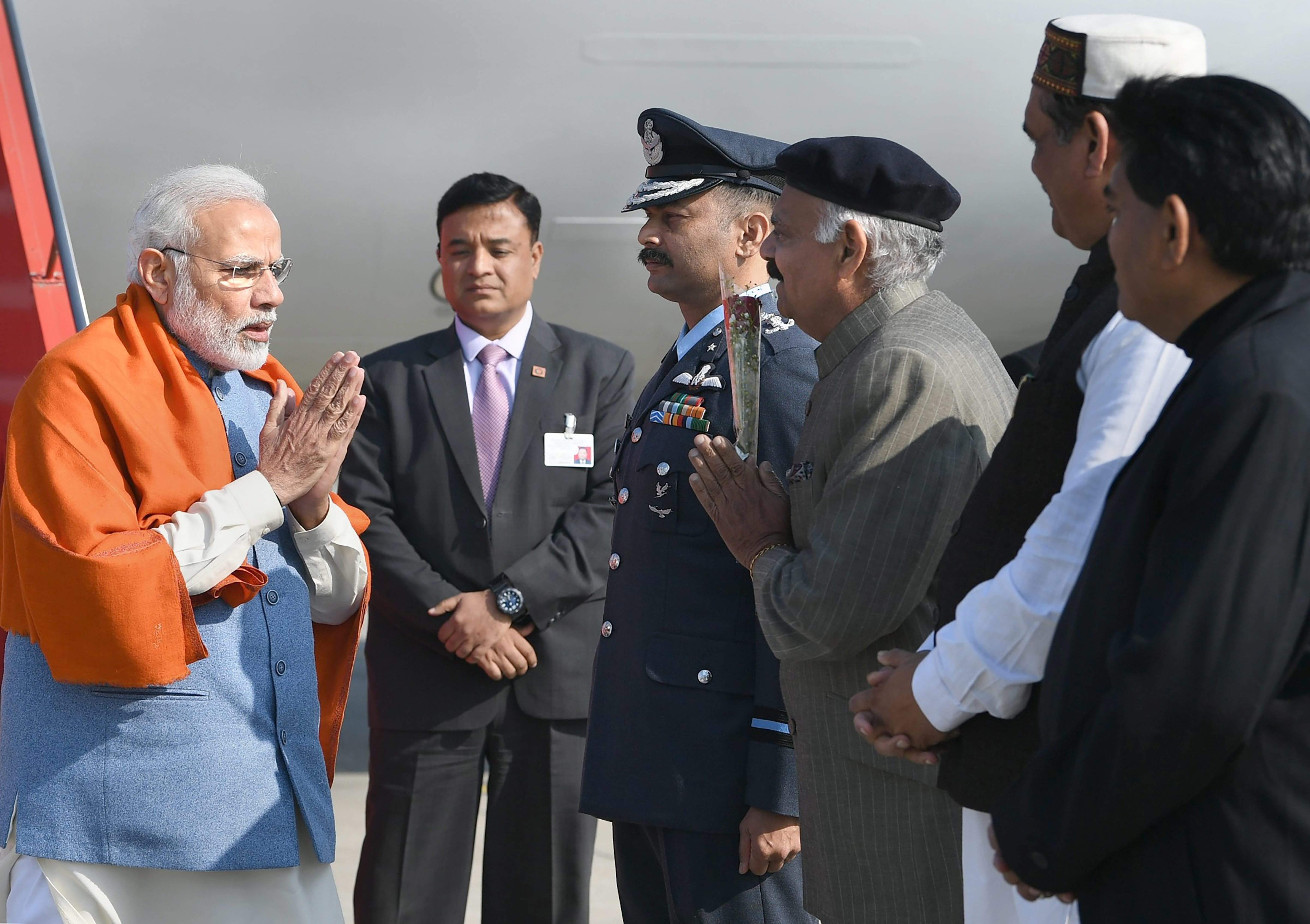 Under Modi, India has made significant progress in science and technology. I still have a fiery passion for working for the people like the PM taught us from the first day. My DNA has changed from that of a doctor to that of a scientist after being around them for so long. This is the Golden period of Indian Science and we are now comparable to the world's best

The 106th Indian Science Congress, being held in Jalandhar, Punjab from January 3-7, perceives the theme of FUTURE INDIA – Science and Technology in order to provide a platform to researchers, academicians and industry champions to share their findings.

The speakers include Hungary-born Israeli biochemist Avram Hershko, who won the prestigious Nobel in 2004, along with two others, for his work on the discovery of ubiquitin-mediated protein degradation. He is currently Distinguished Professor in the Department of Biochemistry at Technion-Israel Institute of Technology in Haifa and an Adjunct Professor of Pathology at the NYU School of Medicine since 2002.

British-born American physicist F Duncan M Haldane won the Nobel in 2016, along with two others, for his work on explaining properties of one-dimensional chains of atomic magnets and of two-dimensional semiconductors. He is currently the Sherman Fairchild University Professor of Physics at Princeton University.