The engineering students, armed with stones, hockey sticks, cricket bats and the other usual instruments tried to break into the block that holds the four law school hostels on November 24

Around 1,500 students of the KIIT School of Law are back home. The end-semester exams that were supposed to commence on November 29 have been postponed with a bleak hope of picking up sometime around mid-December, students confirmed. The placements for the final year students have been deferred as well. The riots and stone-pelting might have stopped but normalcy is yet to be restored. The future of the final year students also hangs in balance. But there has been no official statement from the university as of yet.

A female law student was eve-teased by a second-year B Tech Mechanical Engineering student on the evening of November 23 when she crossed the newly constructed men's hostel for the engineering departments. "This was not a one-off event. Students have been eve-teased and lewd comments were hurled at them before as well but this time the student stepped up to take action. We went in front of the B Tech hostel and demanded that the student should come down and apologise to her," said a fifth-year law student. "We were not violent. We said we will stand there till he comes down and apologises. He came down in a few hours and apologised. This was not like a walk of shame. Everyone was dignified and we thought the matter was settled."

Clearly, it wasn't. The engineering students, armed with stones, hockey sticks, cricket bats and the other usual instruments tried to break into the block that holds the four law school hostels in the afternoon of November 24. 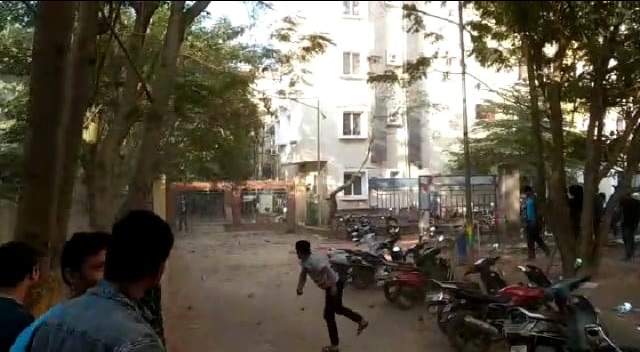 We closed the gates and resisted. They kept hurling stones. We didn't know why this was happening at first. Only later did we realise that these boys were actually on their way to the girl's hostel to threaten the girls who had complained and that they had also planned to ransack and pelt stones at the hostel

"Two guys had somehow managed to slip in and attempted to get into our rooms and hit some of us. Our juniors got hold of them and a scuffle broke out. We intervened and locked them inside a room so that no one gets injured any further," he explained. "But it did not stop there. Our rooms were ransacked and our personal belongings were broken along with college property. Twenty-two of us were severely injured." An FIR was also filed by the law students even though the authorities had discouraged that claiming it would destroy careers.

Police and Rapid Action Force were deployed on the campus and the law hostels and the engineering hostel in question were evacuated by the wee hours of November 25. "The authority called the parents of those in the girl's hostel in the evening and asked them to take their daughters home as they could not assure their safety. We were first asked to leave if we felt unsafe by the warden and a few other officials. Around 3 am were senior police officials came to the campus and asked us to evacuate the hostels. They assured us that we will be escorted under police protection to the train station, bus depot or the airport according to our preference." 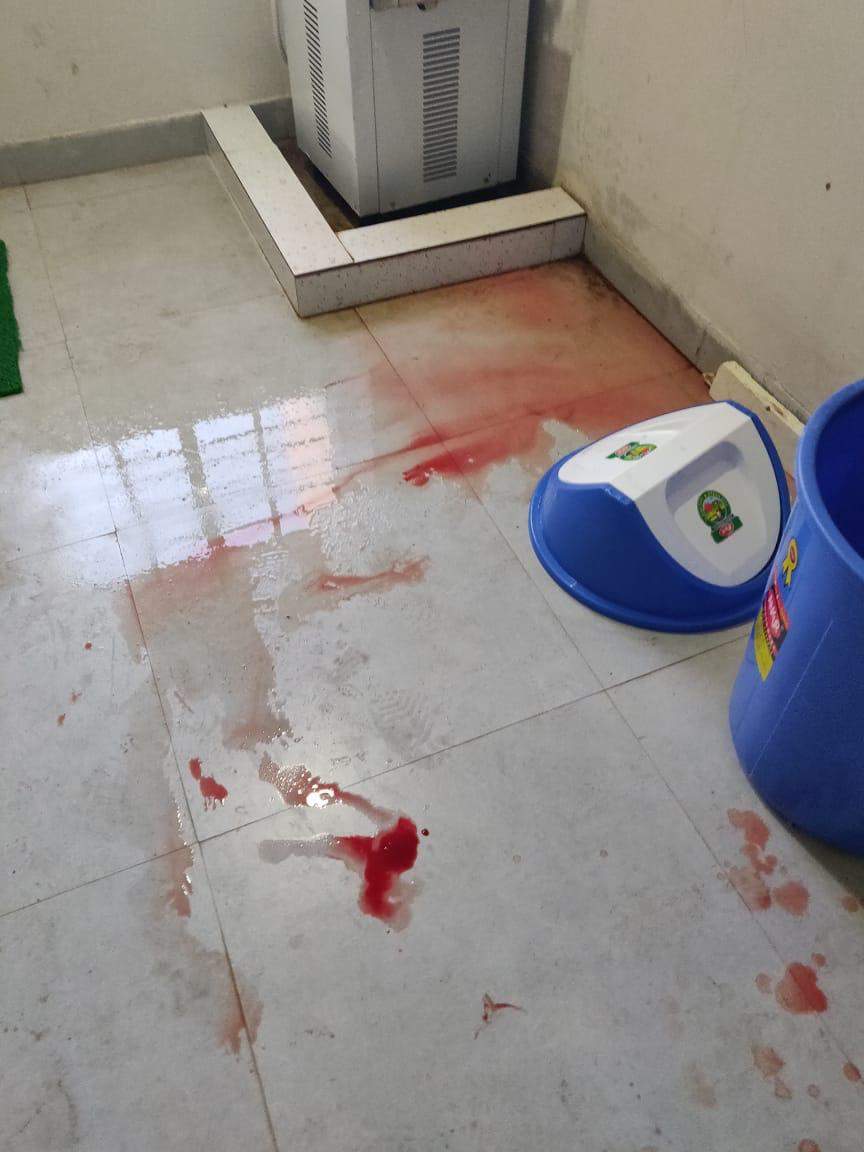 Blood Feud: More than 20 law students were injured in the scuffle

Numerous rumours and controversies washed over the incident and the institution over the past four days. Some claimed that an engineering student Saptarshi Mukherjee had succumbed to his injuries but Saptarshi himself cleared that out on Facebook.

We tried to get in touch with the Registrar and the office of the Director but there was no response. The only statement from the university is available on its official page, which reads, "Students belonging to two groups clashed last evening over an issue of eve-teasing on November 23. As a precautionary measure, two hostels affected have been vacated by the University authorities. As it is a matter of clash between two groups of students, the University has not been closed Sine Die and the classes of various schools are functioning normally. A few students received minor injuries in the clash. They have been discharged after the first-aid. Rumours of fatality are false. KIIT has a policy of zero tolerance towards such unruly actions and necessary steps have been taken from the authorities‘ side."