Taking a leaf from nature’s book, a team from IIT Mandi has developed a material that can harvest water from fog

Researchers from IIT Mandi have designed an efficient fog-harvesting device using 3D printing technology. The device can extract potable water from fog or the humidity in the atmosphere. Though the research team has just been filed for a patent the findings come at a very critical juncture.

Around 2,00,000 Indians die every year because they have no access to clean water. The Composite Water Management Index published by Niti Aayog warns that 21 cities are likely to run out of groundwater by 2020. The report, which draws on data from 24 of India's 29 states, says the crisis is "only going to get worse" in the years ahead. As cities and towns grow, the pressure on urban water resources is expected to increase — demand will be twice as much as the available supply by 2030. Water scarcity would also account for a 6 per cent loss in India's Gross Domestic Product (GDP). 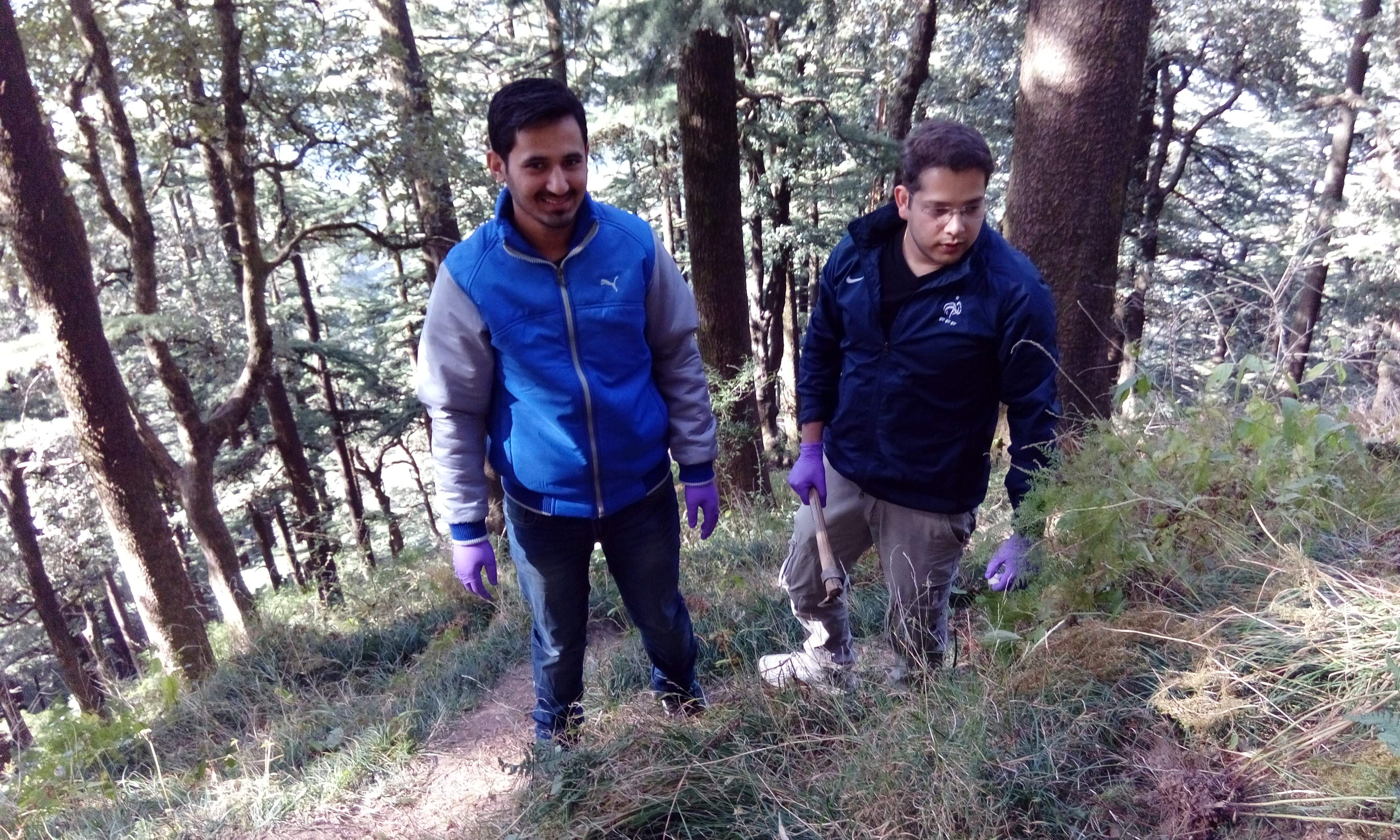 Field setup: Vipul (right) with a fellow researcher on the field during the research (Pic: Venkata Krishnan)

The research group has been working in the field of bioinspired materials and its applications in varied fields, such as fog harvesting, sensing, catalysis, etc. "It all started from the inspiration that we got from Bermuda grass (Cynodon dactylon), which is also called ‘dhurv’ in Hindi. This grows widely in India and is also abundant in our campus at Kamand. On one winter morning, my then PhD student, Dr Vipul Sharma and I were wondering about the accumulation of water droplets on the surface of the grass in our campus ground," said Venkata Krishnan, an associate professor at Indian Institute of Technology (IIT) Mandi, Himachal Pradesh. "We studied its surface micro and nanostructures, which dictate the nucleation, growth, movement and detachment of the water droplets. Overall, the research on Bermuda grass illustrated that the cone-shaped spines present in the grass leads to the nucleation of water droplets from fog or even the humidity in the atmosphere."

They studied Dryopteris marginata, (native to Himachal Pradesh), which possesses excellent water channeling properties and is commonly found in humid regions on the slopes of the hills and then Gladiolus dalenii, which is a domesticated ornamental plant. "Based on the learnings we have designed an efficient fog-harvesting device fabricated using 3D printing technology. This device has been tested for fog collection under simulated fog conditions in the laboratory and has shown very good results. We have applied for a patent based on the design and fabrication of this device," Venkata Krishnan added.

The material used for fog harvesting is an epoxy polymer, which is commercially available. It is the efficient replication of the surface micro and nanostructures of the leaves that matter more than the polymeric material used. "This device could be made available to the public and we plan to commercialise it sometime in the future. The area of bioinspired functional materials is an upcoming field of research although only a few research groups in India work in this area. We are planning to improvise the design by focusing on other flora and fauna, which possess intriguing micro and nanostructures on their surface. Two of my current PhD students are working in this field," he added. 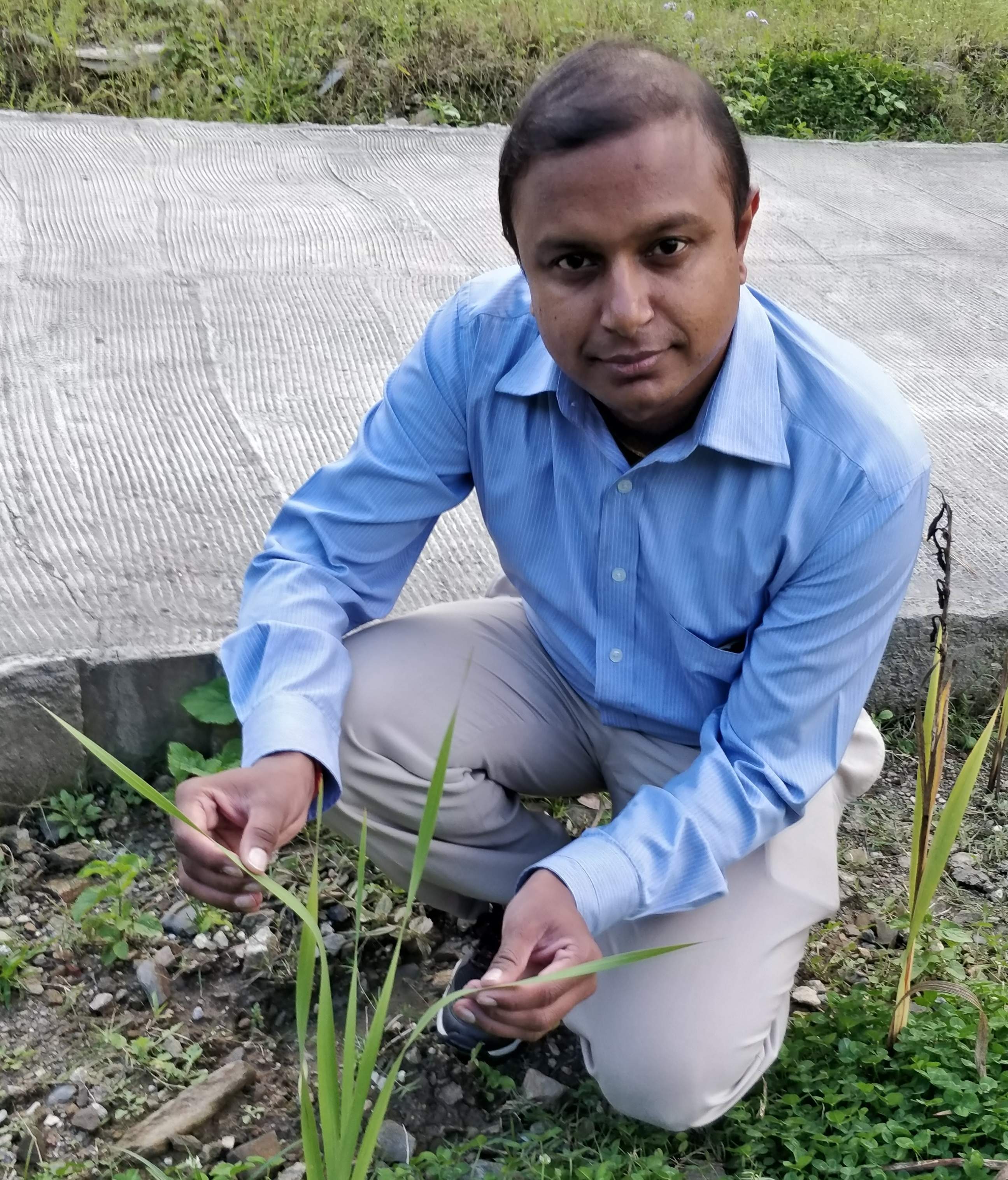 Source Code: The project by itself was not very expensive and was performed using a few thousand rupees based on the materials utilised (Pic: Venkata Krishnan)

The project by itself was not very expensive and was performed using a few thousand rupees based on the materials utilised. "The most expensive part is their characterisation using advanced scanning electron microscopy and other sophisticated techniques. Thankfully, our institution (Indian Institute of Technology Mandi) has most of these instruments in-house," he stated.

Krishnan feels that there is always scope for improvement, even if we are at our best. "Yes, I strongly think it is very important to invest in the human capital for a country’s development. This will allow us to scale new heights in several key fields," he said, when asked about the situation of R&D in India and the importance of human capital investment.