How this year's Children|Literature|Fun was extraordinary in terms of story telling sessions, games and paintings

This year's edition of Children|Literature|Fun went beyond books and literature. Children got to hear true stories of many achievers and were also taught a few tricks to keep a listener entertained

Oozing child-like innocence or thinking like them isn't easy for most adults. We grow to become serious while aiming to achieve our goals and dreams to the extent that we often forget that we are children at heart. With the hope of helping at least a few people discover that child inside, the Bangalore Literature Festival organised Children|Literature|Fun (C|L|F), a lit-fest for kids of all ages and their parents on October 27 and 28. Every year, the two-day festival has something different to offer. But it isn't just fun and games all the time. Children leave these sessions with something to think about and it changes their perspective on life and encourages them to take up challenges. Who knows, some of these children might even grow up to become famous authors! From storytelling sessions and meeting authors to clicking selfies and getting their signatures on books to even playing music, games and painting — all this was a part of the event.

With venue names like Malgudi (for kids aged 5 to 10) and Narnia (for kids aged 11 to 15), tr children's curiosity was piqued. Explaining the reason behind such names, Vikram Sridhar, Co-curator, Children|Literature|Fun says, "We named the venues after traditional and fictional places like Malgudi and Narnia as they are popular and till date, people still connect with them." He further explains how important it is to conduct such literature festivals for children at least once a year. "These kinds of festivals keep children and adults not only entertained but help them get to know more about their favourite artists and authors. For any child, lit-fests shouldn't be only about literature and books. Sessions like painting and storytelling through illustrations, pictures and music can bring out the artist in them. It helps them realise that there are wonderful careers out there like being artists, illustrators and writers that they can build on right from when they are young." 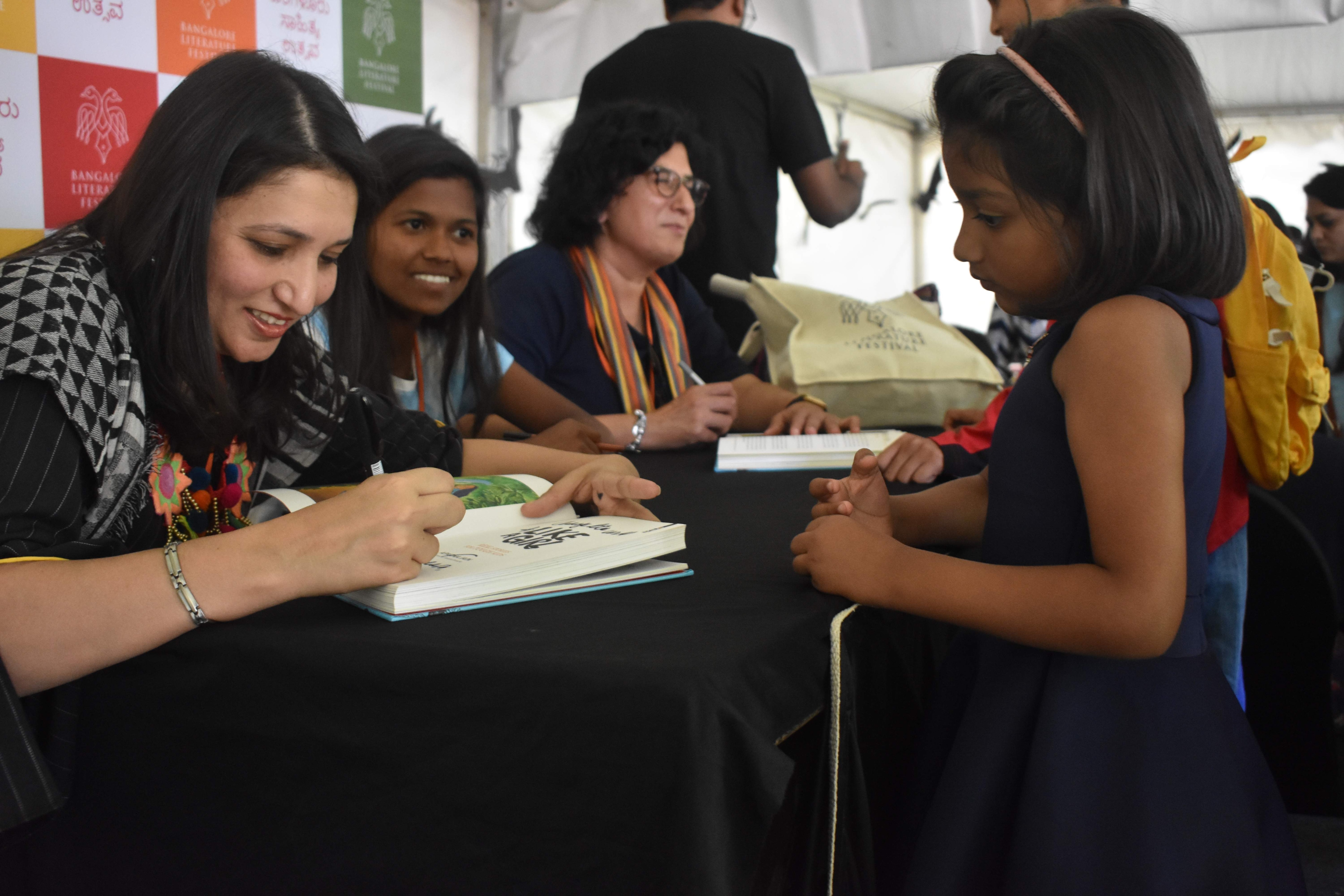 Girls can do it all

The two-day event saw many interesting sessions. The 'Like A Girl: Changing the World' session was not just a one-hour storytelling session, it was all about true stories. Author of the book Like A Girl: Real Stories for Tough Kids, Aparna Jain, was present at the session with two of the strong women she's written about — Poorna Malavath, the youngest mountaineer to climb Mount Everest and Sharda Ugra, a former sports journalist who rose to fame despite the gender bias and sexism that exists even today in the Indian society. Aparna's book is about the true stories of 56 women in India who are warriors, politicians, playback singers, sports personalities, journalists, photographers — basically every single woman who has broken barriers and continues to do so.

Poorna Malavath, who is now 18 years old, is from the small village of Tadvai in the Nizamabad district of Telangana. Her story of how she overcame challenges despite hailing from a remote village and not having much exposure to climbing and mountaineering moved the participants. Sharing her story, she says, "After my name appeared in the newspaper as the youngest girl to complete the expedition of climbing Mount Everest in 2014, my village finally got a bus facility. Until then, there were no buses or any other infrastructure as a matter of fact." Her journey of scaling Mount Everest was not easy. She had to undergo rigorous training at various levels and take up many small and big expeditions before she was selected for Operation Everest. 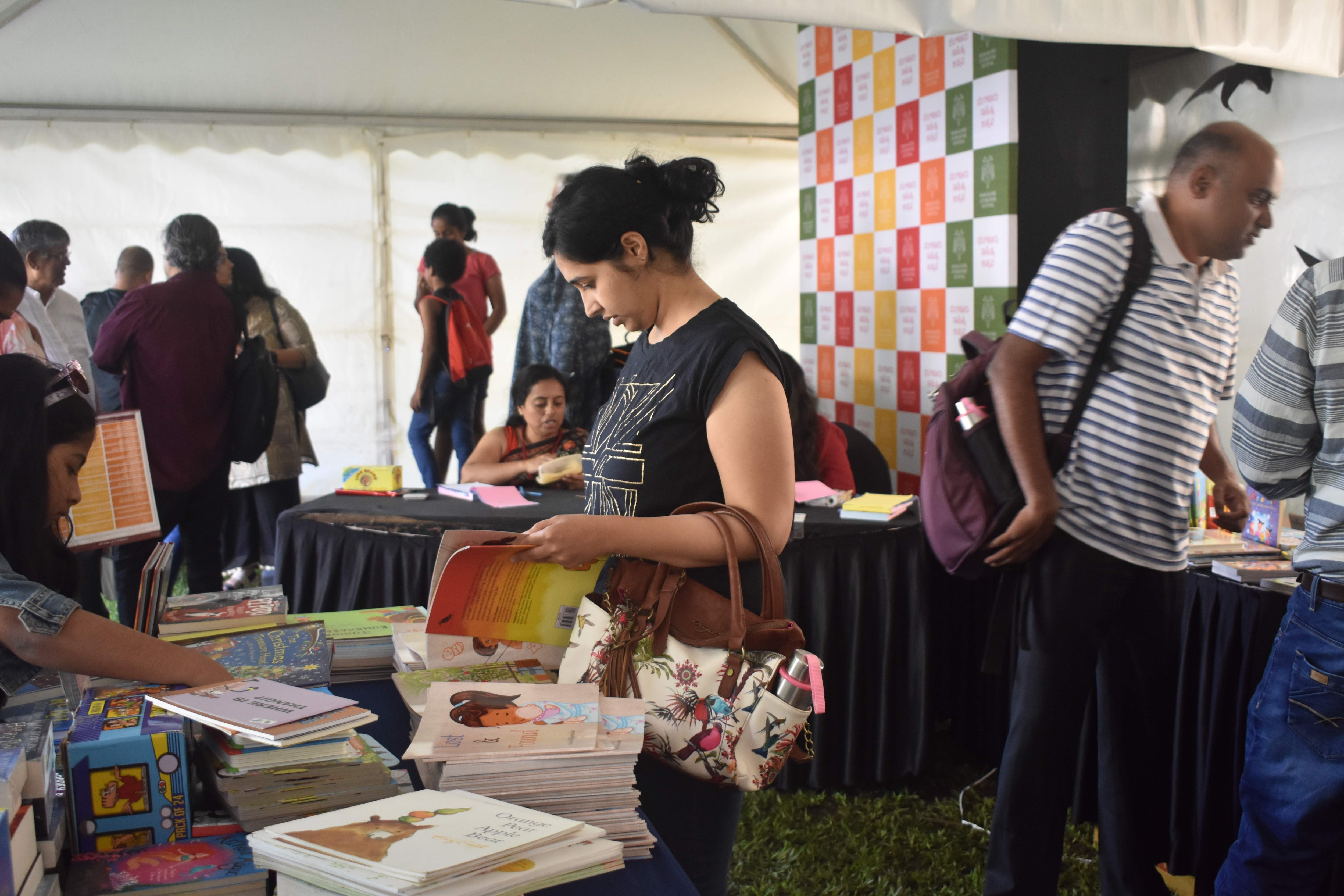 Playful read: Parents try to figure out some best books for their children at the book stall at Children|Literature|Fun (C|L|F)

"I climbed Mount Everest just to prove that girls can do anything. We have to be given proper support and equal opportunities like boys even in rural areas. Apart from Everest, I have also climbed Mount Elbrus in Europe and Kilimanjaro in Africa and by 2019, I have a few more tough expeditions to be completed on my list. After this, I will be free to take up the UPSC exams and become an IPS officer to serve the society," she says happily. While Poorna was narrating her story, children and adults alike listened intently, questioning her on what happened next and how she was able to convince her parents. Hundreds of kids lined up to get her autograph and Aparna's and Sharda's as well.

Aparna has now planned to write a sequel which will be all about men in India who went on achieve and contribute to the society. She says, "The research is ongoing and I'm trying to get in touch with men who have been unique in their profession. At this time of #MeToo and #TimesUp campaigns, this book will serve as an example for children to show them that there are men out there who can be looked up to." 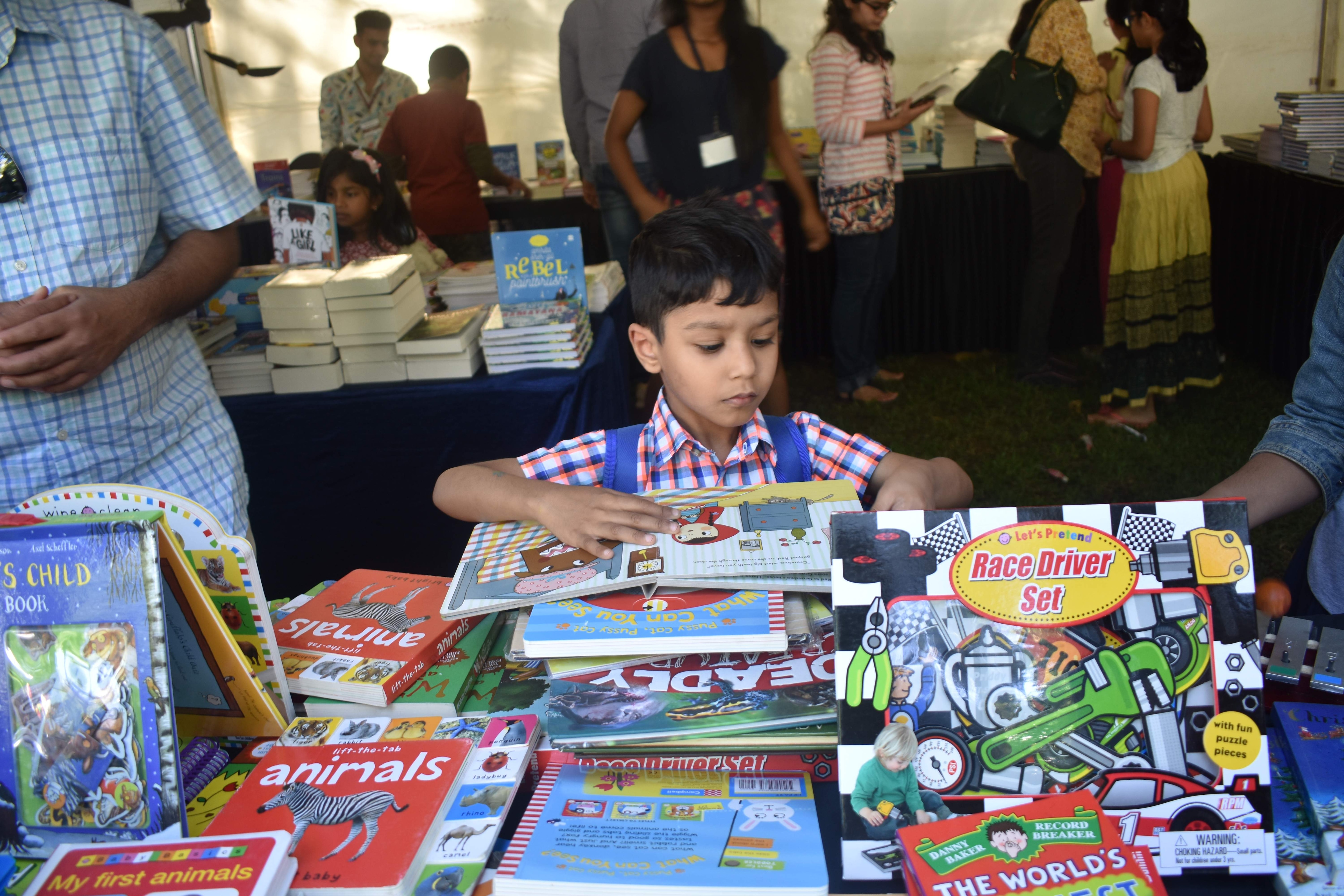 Serious reading: A bookstore set up at Children|Literature|Fun offered books of different genres and video games for children and adults

Another interesting session was 'Wassup Bangalore' that was conducted by famous Radio Mirchi jockey, RJ Jimmy. He began the session by asking the participants to close their eyes and imagine a superhero who would save them from aliens that have kidnapped them. When he asked them who they picked, some children said that their superhero was Hanuman, while others said Iron Man, Wonder Woman and Shaktimaan. Taking kids forward on the same story, RJ Jimmy helped them understand the various aspects of a radio jockey's job and how to keep listeners entertained. He says, "One needs to be creative and imaginative in what they do like talk about Iron Man or Shaktimaan saving them from aliens. The content and topics are available to every RJ, but how they present it to people is what makes them stand out." By the end of the session, the children could relate to the thought process of an RJ and what to expect if they become one themselves.

It looks like the C|L|F took children past the pages of any book and into a world of real-life heroes.