Why Madhan Karky's College of Engineering, Guindy anthem will make every alum nostalgic

Madhan Karky Vairamuthu wrote his first song, the famous,'Irumbile Oru Irudhaiyam' from Enthiran when he was still a professor at his alma mater, College of Engineering, Guindy. It was there that his award-winning career took off, so when he was approached to write the lyrics of the college's anthem, he didn't think about it twice. It was an instant 'Yes'!

Madhan wasn't just another engineering graduate who did engineering and then figured out what he actually wanted to do with his life. Even as a student, Madhan was passionate about engineering so, despite his success as a lyricist, Madhan has continued to work closely with CEG. So, if you thought that he gave up the engineering life to focus on writing, you can't be more wrong, "I probably do a lot more engineering than my other counterparts and that is because I had lovely and inspiring teachers in college. I still pursue engineering through research. Also, CEG is special to me because I met my wife here and wrote some great songs after getting inspired by the campus. I still go to the campus with my son and tell him stories about it, he said. 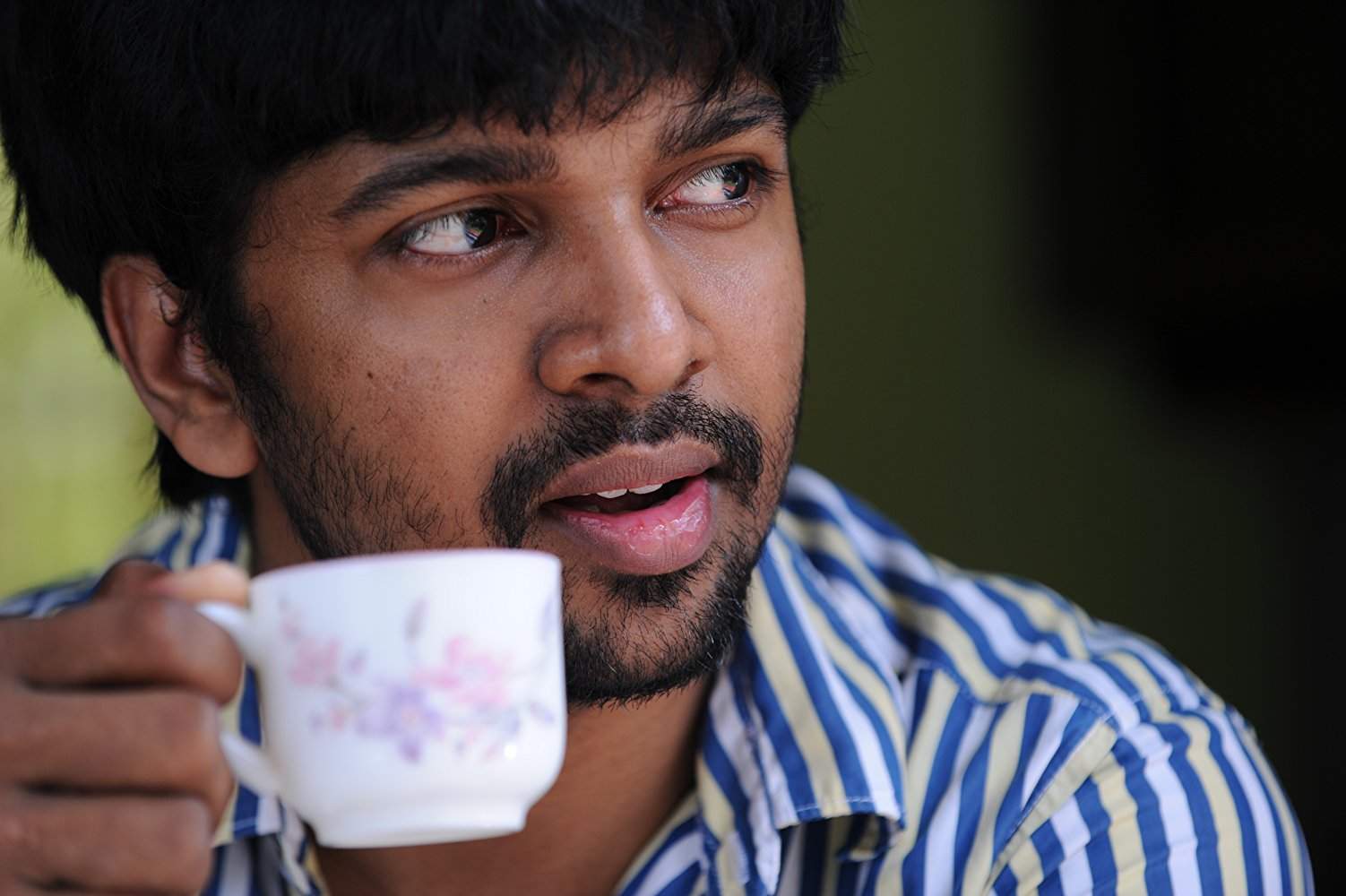 Lyrics of nostalgia: Madhan Karky shares a lot of fond memories with the campus especially because he also met his wife there

In the lyrics, Madhan has tried to bring out the true spirit of the college, "How many can say that they come from a college that is 225 years old? It is such a proud feeling. The lines - "Poriyiyal ennum puraviyil eri puviyai seyalal aaluvom" (mounting the horse of engineering, this world we shall rule with our action) is an indication of this pride. CEG is also a place that is like a factory of dreams. I've dreamt many a dream by just staring at a blank wall, there are other students who are just like me, I'm sure. I even told the videographers to bring in this imagery in the video too. So the lyrics basically bring out the spirit of the CEG campus," he explained.

When it came to who would compose the song, the alumni decided to ask Doopadoo, a venture that seeks to be a platform for popular musicians to showcase their non-film songs, set up by Madhan himself. "The lyrics were given to five composers who were asked to submit their versions and then the students in the college voted for their favourite song. The final selection was by a person called Jerald Felix," said Saravan.

Listen to the song here-

The song has been getting thousands of views ever since its launch and the team behind it has been getting appreciation from their alumni around the world, "Hearing the song as an alumnus really gives you goosebumps, we have the chance to relive all our memories with this song," said Saravan.

Perhaps, one of the proudest listeners of this song is D Vasudevan from the 1962 batch, one of the oldest members of the alumni association and its President. "I think the song has come out very well and I'm glad that all these years later it has finally happened. The college has changed so much in all these years. When I joined there were only three branches, now I've lost count. Also, when I was studying there were only two girls in my batch but now almost 50 percent are girls. So I'm a proud alumnus," Vasudevan said.

After the song came out, there have been various other colleges that have contacted Madhan to write their college anthems too, "I'm glad people feel so inspired by this song, despite it not being a film song or a commercial song. But more than anything I'm glad CEG's old students get to experience that little bit of nostalgia when they listen to the song," he said.