From Google to non-profit: How Atul Satija is building a bright future for Bengaluru's youth

The/Nudge Foundation,  is a one-a-kind non-profit that aims to empower youngsters through their Gurukul and NGO incubator. Atul Satija, the founder elaborates on their unique working model

The/Nudge Foundation isn't your run-of-the-mill, non-profit organisation that has adopted a normal course of the deployment. It was set up in order to bring in large-scale change quickly. Atul Satija, a former corporate giant who quit his previous high-profile job and the visionary behind this foundation, knew from the beginning that he wanted to approach the problem differently.

He applied all the entrepreneurial expertise he amassed over the years and within three years of its inception, The/Nudge Foundation has become one of the fastest growing non-profits in India. Located in Bengaluru, the foundation's incubator, N/Core, empowers NGOs and their Gurukul teaches life skills to underprivileged youth in a 90-day residential programme, all with the aim of eradicating poverty.

Excerpts from the interview:

What inspired you to quit your high-profile corporate job and join the social sector?

It was a very meditated decision. I started my career in the social sector while I was working in Google. Back then I used to donate to a non-profit in Delhi called End Poverty. I was offered a Board position and later, I ran the organisation as a start-up. Those two and half years in End Poverty gave me the confidence to follow my long-time desire to be in the social sector. Soon, I wanted to get into social sector full-time and that's how  The/Nudge was started in 2015. Raising the bar: Atul Satija handing over the certificate to a graduating student from the Gurukul

There is no dearth of NGOs in India. In fact, there are thousands of NGOs working for various social causes. What is The/Nudge Foundation doing differently?

There is a general lack of trust when people think of non-profit organisations. Often, the character of the NGO is questioned rather than its capability. There are several organisations that might be trustworthy, but their capability might not match up. Also, there are a lot of good people doing a lot of good things, but on a small scale. As far as The/Nudge Foundation is concerned, the question that we ask ourselves is ‘How do we get talent to create large-scale social impact?’. We have strong performance criteria and it is a professionally-run organisation. It is more rigorous than any other NGO and the idea we had when we set it up was to change how people perceive ‘non-profit’. We want to make working in non-profits as cool and as aspirational as any other job. When I look at our team, I feel that the foundation has managed to do that. Aim high: In order to successfully graduate, the students have to manage their days within their 200 karma point

How did the concept of the incubator come into being and what are the criteria for an NGO to be considered by N/Core?

Our premise is that the non-profit sector is different from the for-profit sector in a way that not too many people set up non-profit organisations. We are an organisation that leans on the capabilities of an entrepreneur. Innovation, collaborative skills, speed of execution, scale of operation and sustainability are the key pointers that we look for in a social entrepreneur. We try to stress less on their ideas, but more on their ability to conceive an idea and handle a problem. The idea of the incubator is to start off at an entrepreneurial level, so that students will turn into healthy adults.

Since liberalisation, we haven't seen much social transformation as compared to economic change. One of the most common complaints that we hear from CSR heads is that they don't find the kind of organisations that they need, in the area that they need and doing the work that they need. Enough action is not happening in the sector because the right talent is not attracted to the sector. Most of the support in the sector is happening in the reimbursement model of support, but the problem is that we need a scholarship model of support. To attract talent, we need to give students enough signal, wavelength and frequency so that the students will be able to relate to the sector. 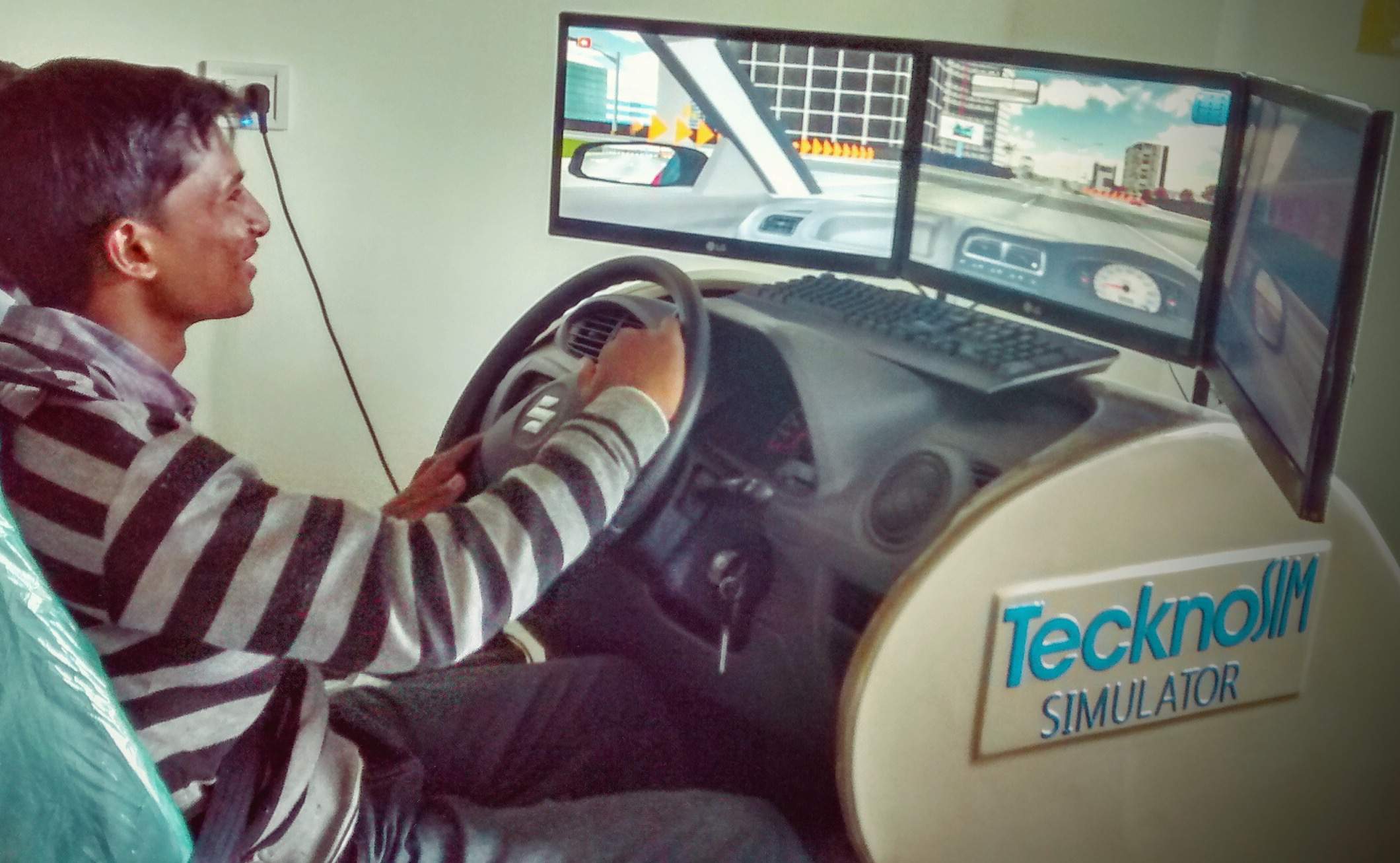 Steady hands: Driving is one among the popular livelihood options that students take up at the Gurukul

Could you brief us about the Gurukul system and how it works?

We started the first Gurukul in November 2015 and in February 2016, the first batch of 45 students graduated. Our first partner was Mphasis and we got more corporates on board along the way, thus increasing the number of Gurukuls. Presently, we have nine running Gurukuls and about 2,000 students graduating per year.

Our entire course is based on the Makerspace model that stresses on the importance of learning while doing. As part of this curriculum, students are given assignments for their self-learning. We monitor their progress through the karma point system. When they come in, they are given 200 karma points. Over the 90 days, any positive behaviour will fetch them positive points and negative behaviour will fetch them negative point. The student with the highest karma points gets onto the Dean's list.

What are your future plans for the foundation and what are some of the issues you are planning to tackle?

We want to expand our Gurukuls outside of Karnataka, most likely to Delhi or Mumbai, and also accept students from Jharkhand. We are planning to do a pan-India expansion by helping at least 5,000 students graduate by the end of this year. We also wish to decouple the rigid course structure and turn it into a loosely coupled model by providing students more choices, which would be best for them. Right now, we are providing a grant of 10 lakh to ten organisations as part of N/Core. We are soon planning to extend support to ten more organisations.