Eve-teasing a commonality in BHU say international students, feel being a woman in Indian society is difficult

While international girl students are subjected to misbehaviour by some inappropriate elements on campus, they also claim to be held in the highest esteem by fellow students

Foreign students enrolled in various courses at the Benaras Hindu University have kept cautiously away from recent strikes and protests on the BHU campus. Female students feel that eve-teasing is much more prevalent, and common here than in other universities like JNU or Delhi University.

The campus, with over 800 foreign students, has witnessed several protests after September 23 but has seen not a single foreign participant. Several of the students revealed that they would prefer to stay detached from the scenario. Talking about these issues is a sensitive issue in BHU.

"Yes we too face the problem every now and then since it is an open campus and everyone is allowed entry," says Tenzing (Tibet), a student of Mass Communication final year. 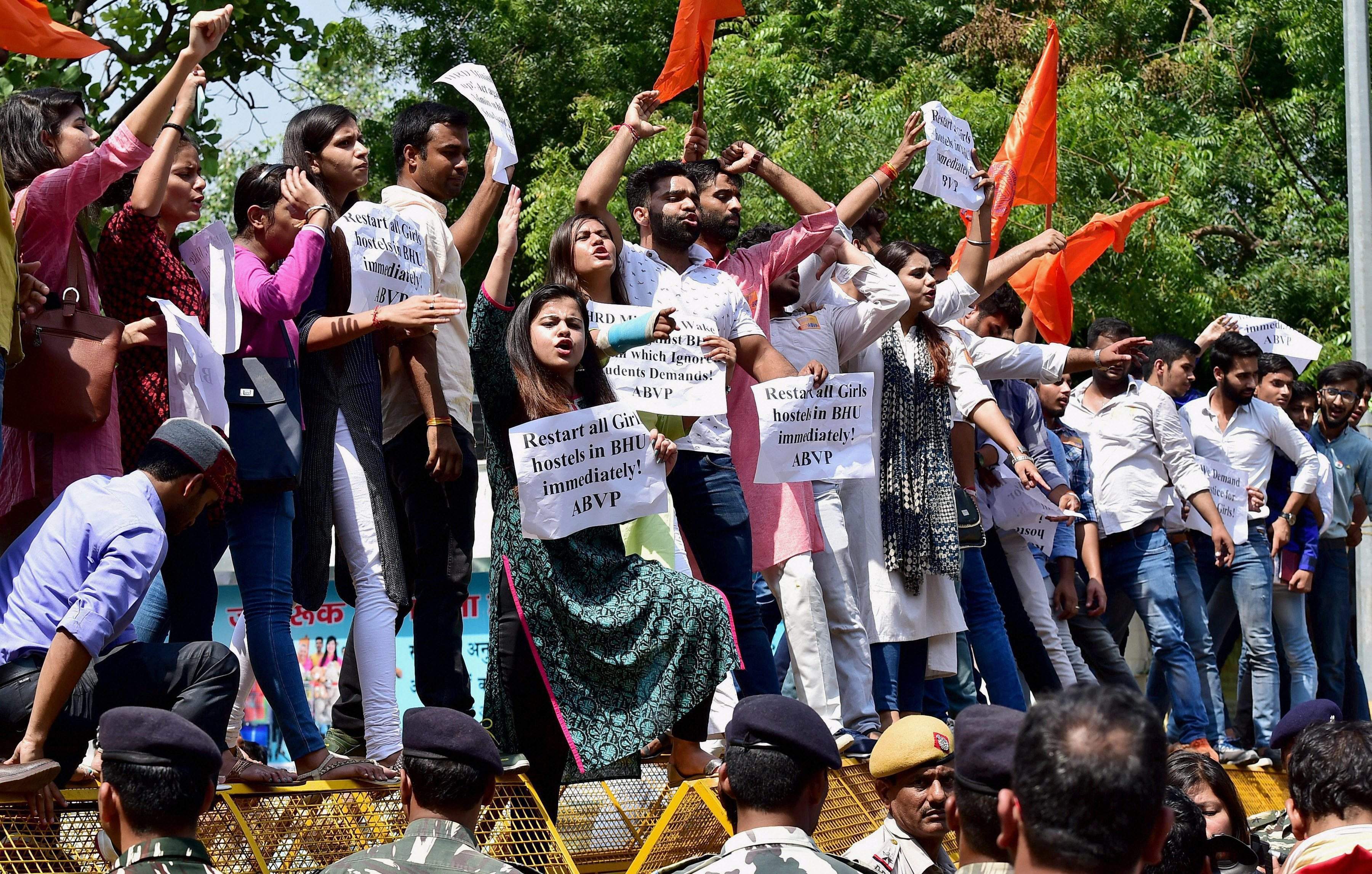 In or Out: The students also claimed to feel that misbehaviour towards girls on the BHU campus surpassed that of any other Delhi college

There are four hostels (two each for boys and girls) for foreign students on campus and have upto 15 per cent seats reservation under various UG and PG level courses.

While stepping out of hostel during the evenings is a bit unsafe for girls as they are sometimes ambushed by the rowdy, anti-social elements on campus," says Divyasha from Mauritius. She felt that despite not joining the protests, their problems were similar to those of their Indian counterparts.

"Being in a different country we have our own problems. We respect women a lot. It is very difficult to be a woman in Indian society," feels Ahmad from Yemen, a research scholar of English Literature.

A woman has to be a fighter, take care of the lives of everyone around making the family and then she faces such ugly situations as well. We feel sorry for Indian women," adds  Ahmad. Though he denies having faced any hostile situation at the hands of Indian students during his two year stay in BHU.

To this Tenzin feels that Indians keep foreigners in very high esteem on campus. They take good care of them. "Oh, We girls get special status and treatment by the BHU students," she maintains.

There have also been whispers about Indian students bullying their peers from Africa. "Yes there have been a few cases in the past and the girls have to face it more than the boys. But we get support from administration," reveals Warren from Zimbabwe, adding that girls also get called out often for their colour.