This postgraduate is minimising waste generation, maximising waste recovery and recycling, and is dignifying people working within the waste industry with his non-profit organisation Green Worms

It takes a village to raise a child and Jabir Karat’s entire neighbourhood rejoiced when he made it into Delhi University. Hailing from Adivaram, a small village in Kozhikode, he was the first one to go “further than Bengaluru” for his studies. While pursuing his graduate and a postgraduate degree in History, Jabir was chosen for the Gandhi Fellowship, an experience that took him across slums in Mumbai where the importance of waste management dawned on him and changed the course of his life.

“I wanted to do something different,” affirms Jabir, “Everyone I knew was working towards civil services or spending their time on a thesis that wouldn’t amount to anything following their course. I wanted to do something that would effect change in the lives of the masses.” Having spent a large chunk of his college life teaching children from slums, he realised that it was in the development sector where he found his true calling.

When I was in college, I would teach children living in slums. Interacting with them and their helpless mothers, to feel like we could actually make a difference in their lives, was the most rewarding feeling

As he travelled across the country, he realised that it was facing an issue that could no longer be ignored. “As a country we are becoming increasingly urbanised and commodified. And our sanitation system is one that is least prepared for the challenges that this will bring about,” he says, adding grimly, “The most threatening fact is that this is just the beginning. The worst is yet to come and we are not even talking about how this could impact us on an environmental and social level.” 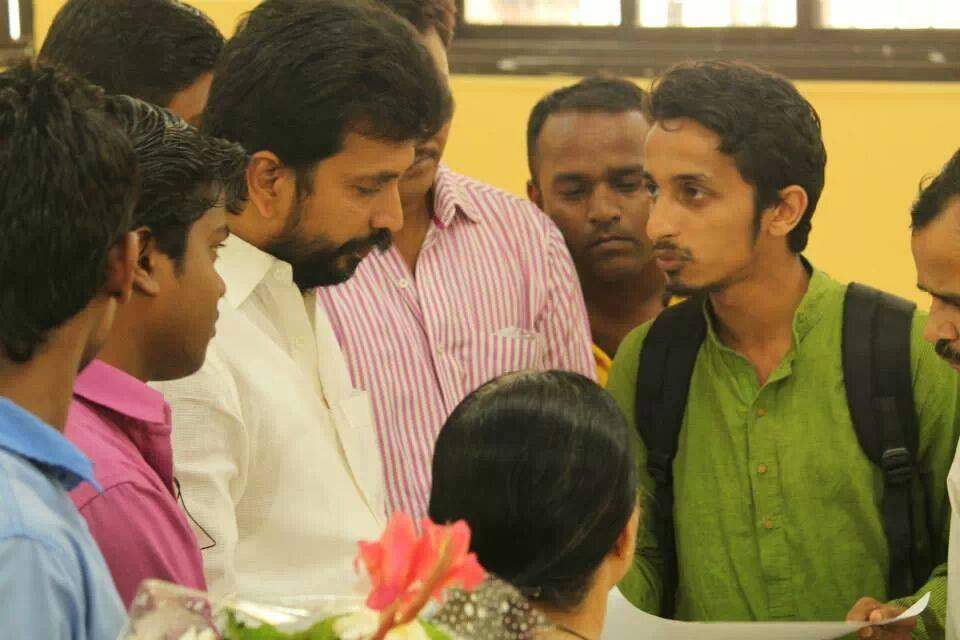 Clean sweep: Green Worms signed an agreement with the local self-government in Malappuram, taking over the waste management of an entire village called Karulai

To counter this, he established the non-profit organisation, Green Worms in his hometown with three major principles — minimise waste generation, maximise waste recovery and recycling, and dignify people working within the waste industry. The company has partnered with apartments, hotels, hospitals, clinics and housing colonies across Kozhikode to manage waste in a sustainable manner.

I asked myself the question, how can waste management improve our everyday life and simultaneously add dignity to the lives of the people who do it for us

In July, Green Worms signed an agreement with the local self-government in Malappuram, taking over the waste management of an entire village called Karulai. They have also joined the planning committees of the Kozhikode district administration, the Collector’s office and the Suchitwa Mission to introduce bio-friendly waste management at the local level. They also organise ‘zero-waste events’ such as weddings and exhibitions where they use reusable products and recover or recycle any waste that is produced. I always knew that if I started something of my own, it would be non-profit. Green Worms is a social enterprise that focuses on the lives of people along with the idea of managing waste

“When I was a child, I knew of an uneducated scraps dealer who used to be ashamed of the work that he did,” recollects Jabir, “This idea of feeling shame while working within the waste management industry was something that I had always wished to change. Today, the same man proudly announces his profession because he sees people in our company do it at a professional level.” Green Worms has employed 62 people including rag pickers and scrap dealers who are involved in waste collection.

“I do what I do because I grew up seeing how something can rot away because of poor management. When my own hometown became a tourist area, our beautiful lakes, forests and other natural resources were all destroyed. I lost my childhood memories,” says Jabir sadly. “So I want to make sure we can save whatever it is that we have left. It inspires people to make a difference on a small or large scale. With every little step, I believe that change is possible,” he adds with confidence.