Research scholars and budding scientists of Indian Institute of Science are as passionate about theatres as they are about research and experiments. They will be staging a play to mark the 81st death anniversary of their beloved writer Munshi Premchand in October first week.

The play titled Maikhana Munshi Pyaali Premchan'  comprises a cast of 25 science students. It is directed by two research scholars Madhulika Pathak and Yogaraj Banerjee. The idea for the play came about when they realised they all enjoy good Hindu-Urdu literature and adore the work of Munshi Premchand.

Preparation for the play has been in full swing from since the last two months. It was last staged on September 23 at the Jawaharlal Nehru Centre for Advanced Scientific Research, the first time being on June 30 at National Centre for Biological Sciences. The upcoming plays will be staged on two separate dates with two shows back to back featuring three short stories of Munshi’s.

Amit Roy, One of the artiste and event-coordinator of the play

He explains that many associate Munshi with serious plays but very few know that he wrote comedy as well. So, one of the plays titled "Nimantran" is all for laughs as the story revolves around two Brahmin friends always on the lookout for free meals.

However, the opening act of the event will feature the story of two female friends who exchange letters and have a strikingly different approach to life. The story is titled "Do Sakhiyaan" and Amit says that this play demonstrates how Munshi understood the female psyche, he laughs. “We adapted these letters into performance so there is a lot of creative innovation,” he shares. 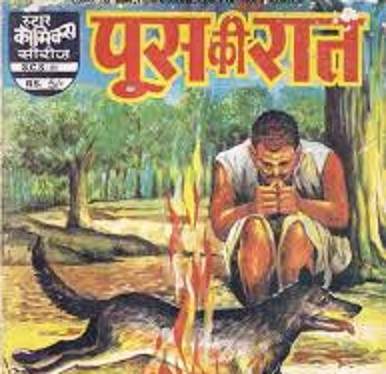 Amit Roy: Poos Ki Raat is the hallmark of Munshi's work and it will be the third play

The protagonist named Halku is unable to escape poverty despite the effort he makes. Towards the end, he finds solace in the agony. When all his crops are burnt in the fire, the otherwise happy man, concludes with the line “chalo mukti toh mil gaya”, which translates to ‘atleast I’ve been relieved’.

Each play is about 30 to 40 minutes and there will be fillers and intervals in between the series. The plays also have a musical base, with live music as well as recorded tunes of harmonium, sitars, table, vocal recital and jamboree.

The play was held on October 1 in Lahe Lahe with two shows back to back at 4 pm and 7 pm. The second event is to be held on October 8 in Rangasthala Auditorium, Rangoli Metro Art Centre at 5 pm and 7.30 pm.