The birth of education 4.0: Swiss management schools are now opening doorway for iPads in classroom

Replacing books with tablets is the ongoing trend for this Swiss school. Emanuel Donhauser, Chief Academic Officer, SHMS, talks about what led them pick up this trend

Over the past few years, it is has become uncommon to find chalk in a classroom as blackboards have been replaced with whiteboards and projectors. And in the near future, it might be the same case for textbooks too, as students are heading further into the digital era. Such is the case for Swiss Hotel Management School (SHMS) which has been recognised as an Apple Distinguished School for its continued efforts in creating an innovative and compelling 21st-century learning environment. Emanuel Donhauser, Chief Academic Officer, SHMS, gives us an insight on the revolutionary upgrade.

When did you feel the need for the change?

Our students used to use books, but over the years, we noticed that they were finding them less attractive and that is something we did not want. They would leave the books behind at school and it was not only a bad thing, ecologically, but also, it was a pity to see these wonderful books (that cost an awful lot of money) being left behind. Students did not want to carry ten books that would add on extra weight to their luggage. That’s when we considered other options and since our students are digital natives, we figured that the tablet technology is something that we could include. It's been five years since we introduced it and it's been a journey ever since. 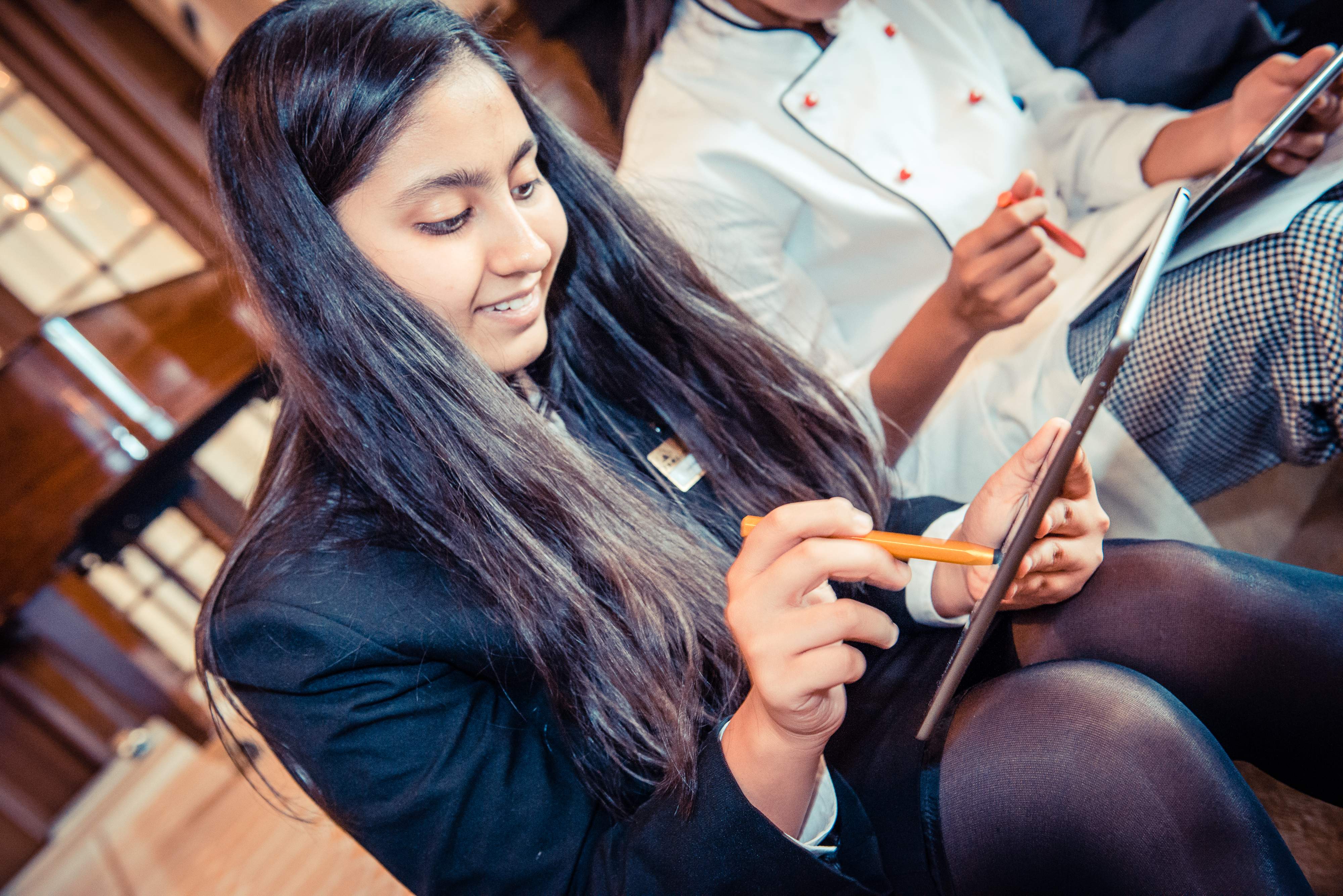 How did the students and teachers find the sudden change?

As a student, your biggest goal is to pass your exams and generally, people don’t like change because you have it in your mind that you know your teachers and you know what’s in the syllabus. But when it’s changed all of a sudden, it’s difficult for students to adjust to it. That’s where the teachers come in. Today, we don’t have any complaints about the change. Few of our teachers are very tech savvy and they want to learn new things, but there are also a few who think otherwise and are afraid of the new routine. Since we’ve been running this for years now, all our teachers are also used to it. The most important thing is that the success lies somewhere in the middle.

Education basically started out as education 2.0. That’s how it’s termed in the present. When we speak of digital technology in education, we’re using education 4.0 and that’s how quickly it’s evolving

What improvements have you seen?

Earlier, we would often have them memorise recipes since we have a culinary school. We don’t do this anymore. Now, if we ask them to make a hollandaise sauce, it would only take them five minutes to find ten recipes with slight variations on the tablet. They then find out the common ingredients and choose a recipe to use. Now, this might take longer than if I were to dictate the recipe and have them write it down, but this way the students become a part of this abstraction process, which they’re most likely to remember forever. It was also a bit difficult to monitor the process of each student previously, but now, it allows one to create a short movie. And storing data has become convenient with the cloud system. 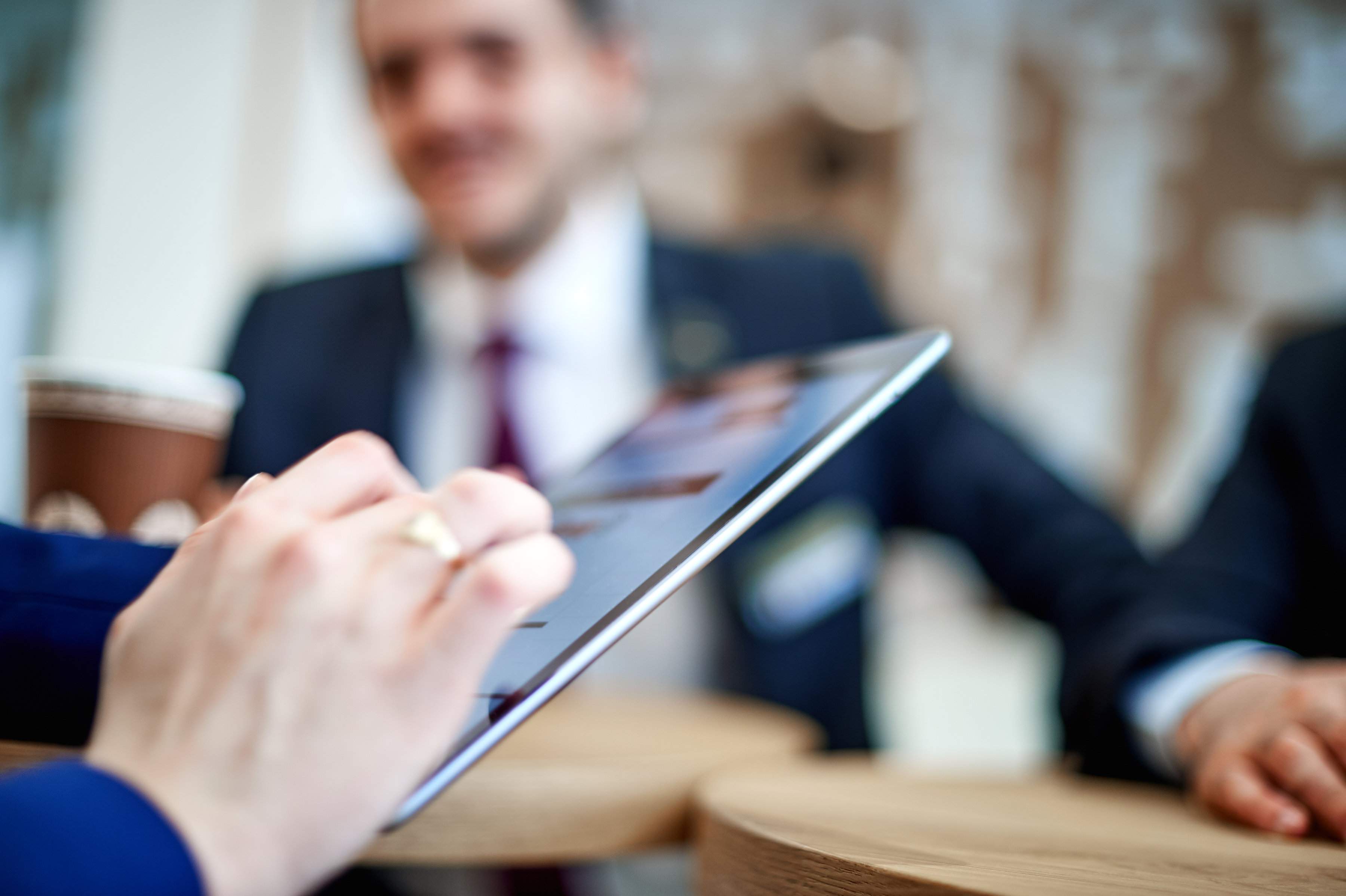 How do you evaluate student progress?

A tablet is just a tool. There are some things it does really well and there are other things that the technology is not useful for. For example, all of our students, during their hospitality study, have to submit reports during their internship in an industry. Now usually, this is a reflective report of about 3000 words and it needs to be graded, and anybody who has ever graded a 3000-word report can tell you that it’s not an easy task to do in a timely manner. So, for the first internship, we are asking them to make a five-minute video instead. This way, we’re able to see the place, meet their boss, their peers, see the kitchen and the front office and they need to tell us how well they were prepared. With this, it’s a lot more interesting and telling for the person who is grading the report.

Emanuel believes that education is still 1.0 in most parts of the world, which means that the teacher gives students a curriculum and tells them what to learn. The institution has students of more than 110 different nationalities. About 95 percent of the student body is international

What was the idea behind bringing in iPads as part of the curriculum?

For us, it was not so much about the iPad. We’ve been using Apple computers for all our companies and schools, simply because Apple provides the safety and security to protect devices from spam and malware. That’s why we introduced Apple iPads throughout our schools.

Do you feel the implementation of iPads was revolutionary?

What’s revolutionary about it is that it’s just a tool that allows us to use open source teaching and learning at your fingertips. Whether you use a tablet or a computer or a smartphone is secondary. The primary focus is that we use open source to help students learn knowledge that is out there. Recent studies have seen that most of the students gain their knowledge from YouTube and Google. They look for information through those means, so for us, it is important that we encourage them to find information that we want them to find through those tools.