Meet Dr Shyamashree Das who has battled the pandemic on all fronts, from testing to treating to now vaccinating

Dr Shyamashree Das was part of the team testing people for COVID when they came into KMC, finds Prajanma Das. She has also treated COVID-19 patients and has been involved in the vaccine drive

The pandemic has struck fear in every sensible person on Earth. But most of us could stay at home and at least feel safe. But thousands of doctors and healthcare workers who were reporting to duty every day never had that luxury. Dr Shyamashree Das, pursing her MD in Preventive and Social Medicine from Kasturba Medical College in Manipal, was one of them.

Dr Das has seen it all. She was part of the team testing people when they came into the hospital. She has treated COVID-19 patients and has also been involved in the vaccine drive. But she came to Manipal only in June after getting admission into the course. "Initially, I was in-charge of contact tracing and screening of patients who came in. Then, the unoccupied hostels (in the engineering and general college) were converted into wards and I was put in-charge of that. That was the first time I was in contact with COVID positive patients. Now, I am involved in the vaccination drive which is in its second phase," she said. Dr Das was working at the IRIS Multispeciality Hospital in Kolkata after completing her MBBS from the KPC Medical College and Hospital, Jadavpur. 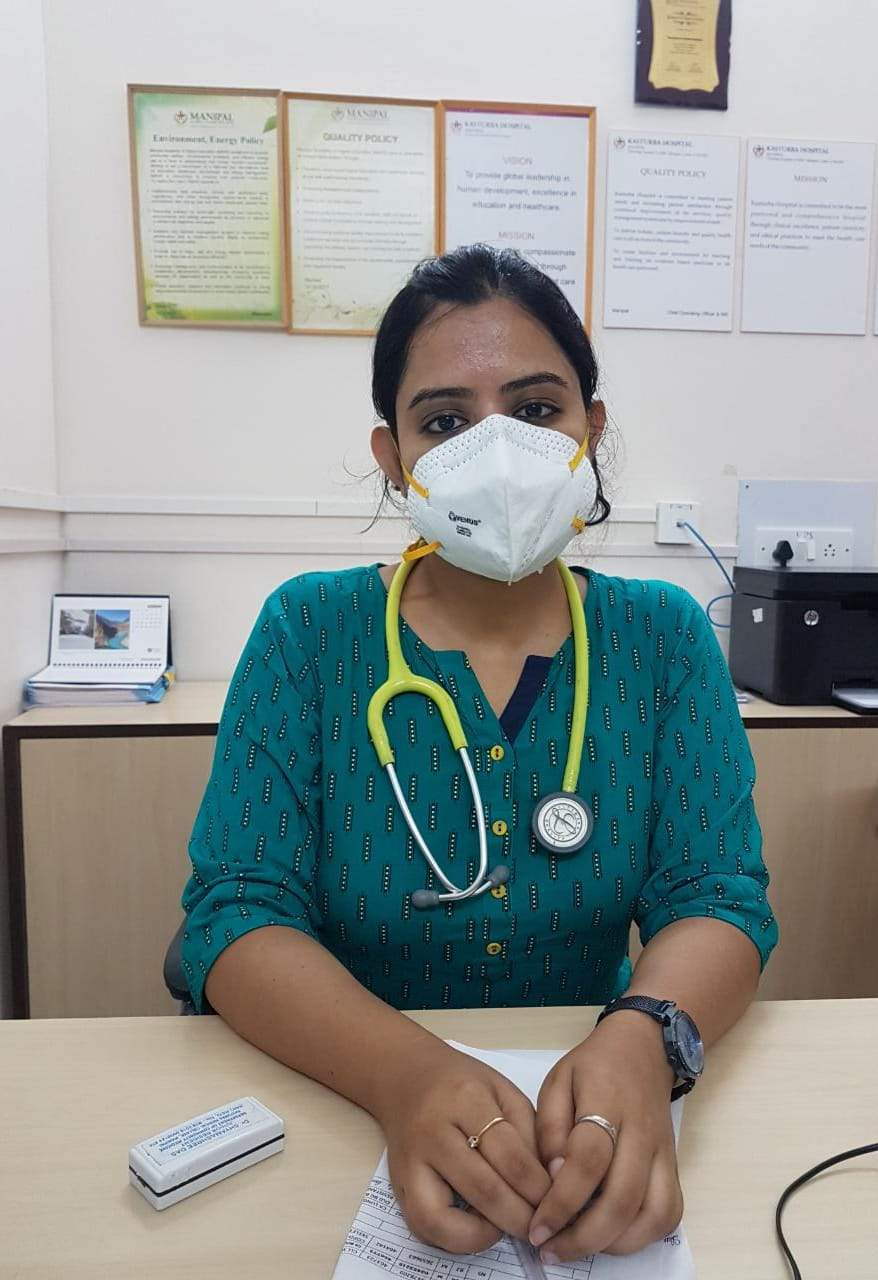 It was not just medicine though. When they were contact tracing, they also had to take care of the daily needs of those quarantined. "We were taking care of their groceries and anything else they needed as well. There was also a scarcity of food at that time," recalled Dr Das. "It was difficult to see what people were going through. A mother of a one-year-old had COVID and she had to be admitted. She was admitted again when her baby got the disease," she added.

Even though Dr Das was nervous wearing a PPE for the first time, she soon got used to it, she said. "When I first came here. I wasn't very scared. I am young, I was staying in a room alone. I thought that I wouldn't get it. But when my colleagues started getting infected, I was a little intimidated but soon got used to it. I was very nervous wearing the PPE for the first time. Over time, it has become just another gear, " said Dr Das.

A memory that will stay

"When I came to Manipal, the students had been away for months. The grass was almost as tall as me. The university town looked like a scene out of a film based on an apocalypse. That was a surreal experience," said Dr Das.