Cricket, football, hockey, wrestling, badminton, tennis, chess - young Indians have brought several laurels to our country in these sports over the years. But rarely do we get to see youngsters participating in motorsports, which is both risky and adventurous. Hopefully, with Yash Aradhya from Bengaluru in the picture, this won't be a rare sight anymore. This Formula 4 racer was recently awarded the Pradhan Mantri Rashtriya Bal Puraskar by the President of India, Ram Nath Kovind, for his contributions and achievements in motorsports. This 18-year-old who has participated in numerous races and championships across India and abroad started his journey with the adventure sport go-karting. 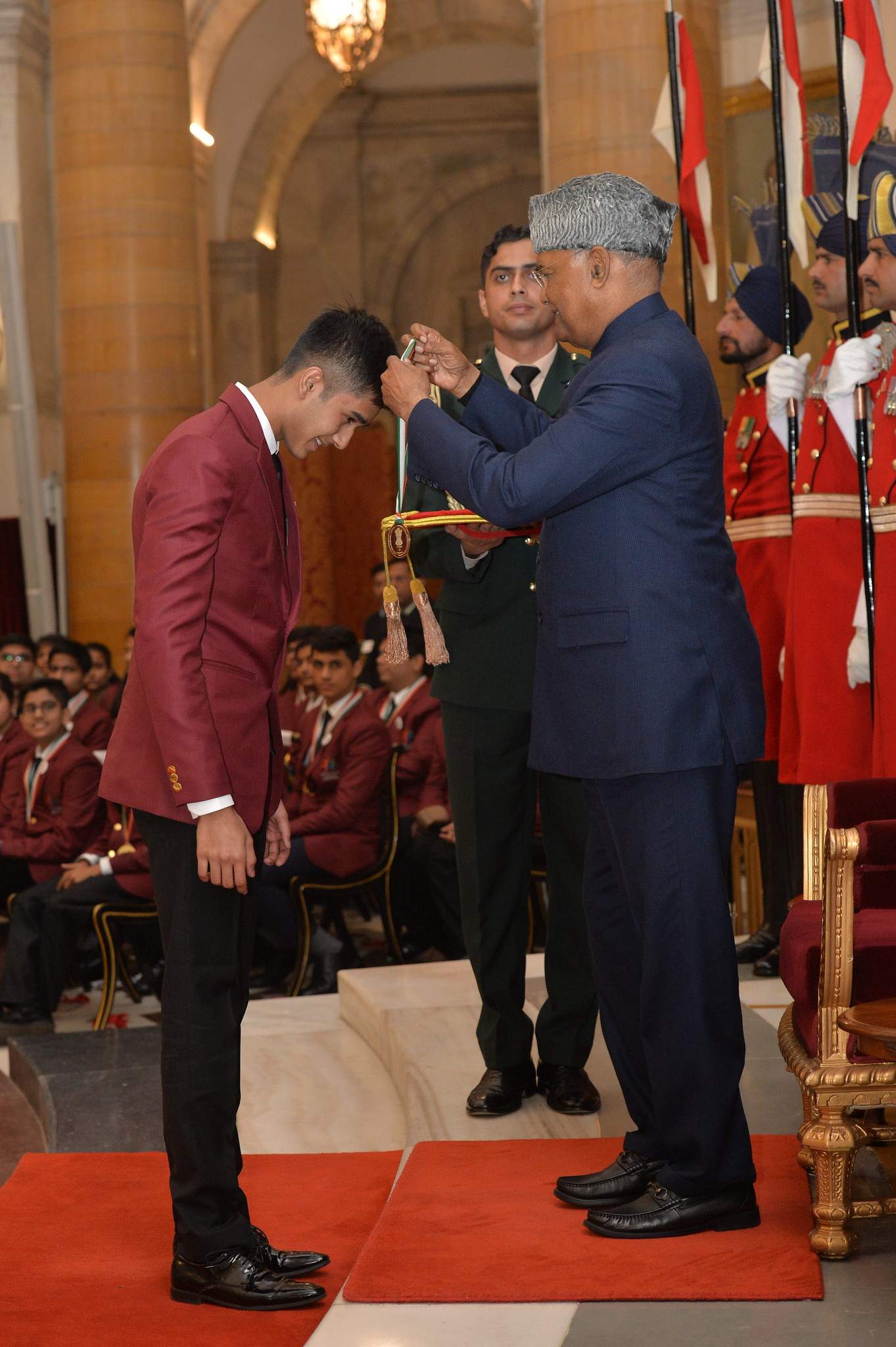 Yash explains, "I was only six years old and was always on the edge to know more about cars, their names, how the engine works and other aspects related to it. I would question my parents and would not stop until they answered my questions. Usually, when our family travelled to different places, we went by flight. But one day, my parents planned a road trip from Bengaluru to Mumbai. I was awestruck by the roads, the huge tunnels, the highways where vehicles moved at their smoothest. My father realised my interest in cars and racing early on. While I continued to dream about racing, I came across a motorsport magazine once. The magazine read 'Sahara Force India F1 team'. I showed that magazine to my father and told him that I wanted to be a Formula 1 racer."

A seven-year-old expressing his dream to be the Formula 1 car racer is unimaginable and an amazing feeling for parents. It was no different for Yash's father Sujith Aradhya. Yash tells us, "Back home in Bengaluru, I waited for my father with a list of questions about the race, the cars and the racers. He understood how eager I was to pursue my dream. So, he approached JK Tyres' Head, Sanjay Sharma. But his immediate reply was that I was too young to be part of racing and that I have to wait till I turn eight. They put me in touch with the racing mentor, Akbar Ebrahim, who is one of India's legendary racers and the first Indian to race in the International circuits. He has been mentoring me since 2012 and has helped me prepare for all my races. I started my journey with karting and it was a great beginning. In 2013, I participated in the JK Tyre FMSCI Rotax Max National Karting Championship and won the vice-champion award. I was really happy to receive this award and people were equally fascinated that a young boy was on stage. My father and I realised that it was a good start and there was no looking back after that. In 2017, I won the Champion Rookie award at the JK Tyre FMSCI National Racing Championship - Formula LGB 4. As the years passed by, I participated in more and more races and rose to national fame." 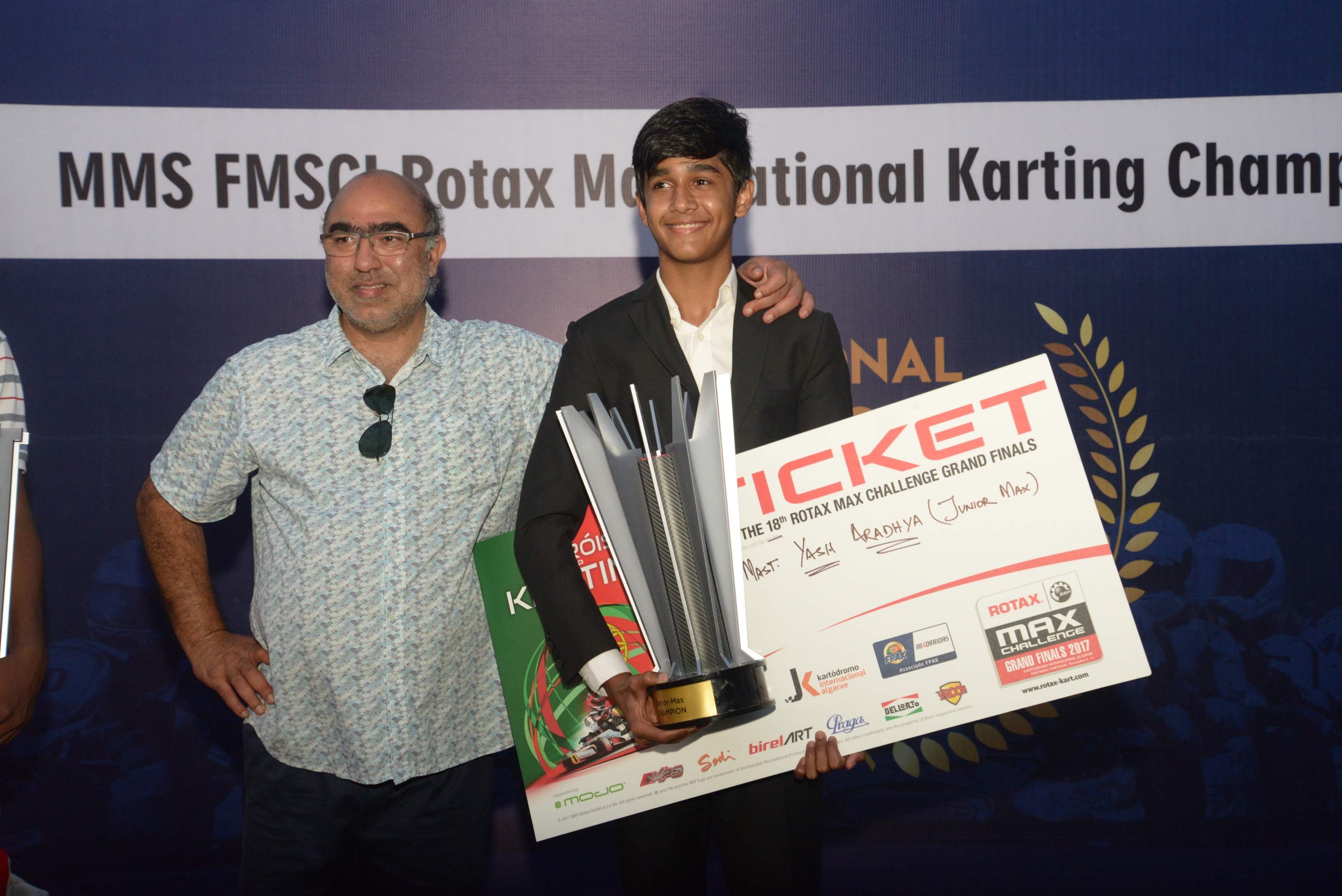 Yash Aradhya along with his trainer Akbar Ebrahim

While the boy became famous for karting and racing in India, he was nominated for the Federation of Motor Sports Clubs of India. This gave him opportunities to showcase his talent in different countries including Malaysia, Belgium, Spain, France, Italy, Portugal, Thailand, the Philippines and others. So far, he has won 13 National and Club Championship titles, 65 race wins and 14 awards. But it takes a lot of hard work, determination and training to be in this sport. Yash believes that a racer should be ready anytime to represent the country in any race. To this end, he ensures that he spends two hours every day working out and maintains the suggested diet. According to the standards of racing, the driver and the car seat must together weigh a maximum of 80 kg. Hence, it is really important for an aspiring Formula 1 racer to maintain their weight.

"For me, it is all about discipline, following a strict routine, working out and putting in extra hours during the weekend. I start my day as early as 6 am and I workout till 8 am, followed by breakfast and classes. Meanwhile, I communicate with my sponsors and give them a presentation of what I have achieved so far. These sponsors are the people who help me in terms of funding to ace my racing career. When it comes to diet, it varies from one person to another. In my case, I have been suggested a high protein diet and it is based on my workout schedule. I avoid eating junk and always eat healthy food including eggs, pasta and sometimes, idlies and dosas too," explains Yash who is currently pursuing the Commerce stream at Bishop Cottons Boys' School. 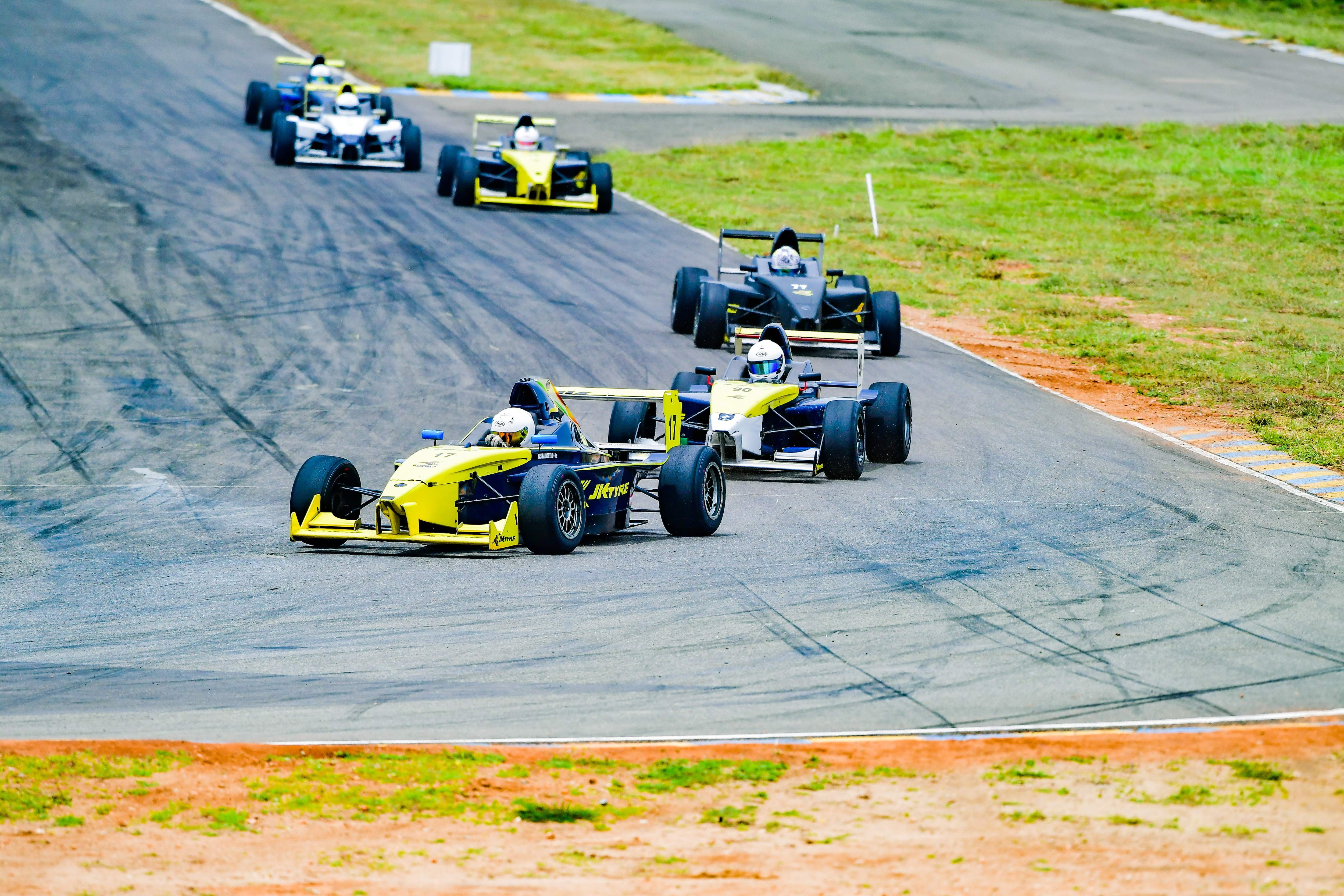 So when does he take the time to practise his racing skills? Yash says, "Unline other sports, motorsports is not practised every day. Racers, including me, prepare themselves physically and mentally throughout the year. We get to practise on the track or circuit only a few days before the actual race. When the races and championships are close approaching, I reduce my workouts so that I don't stress much. Once I get on the track to test the car, I focus more on the car, the tyres, I look at data, work with the engineers to analyse it and increase my speed accordingly. Currently, I am being trained by famous fitness trainer Ramji Srinivasan who lives in Chennai. He was the ex-fitness coach for the Indian Cricket team."

Motorsports is not just risky, it is also expensive and that is why Yash ensures to stay in touch with his sponsors and bring new people into the circle to ensure that his races are funded. According to Yash and his father, the racing suit alone costs more than `1 lakh. "It is made from fireproof material and is light to wear. The helmet for go-karting costs `65,000 and the one for racing costs anywhere between `1-3 lakh. There is no cash prize involved unless we participate in the Formula 4 races or championships. But in go-karting, we don't earn a single penny. Basically, my income comes from the sponsors and this allows me to participate more and achieve bigger. If I win a French Formula 4 race, then I get a free drive in a different championship." 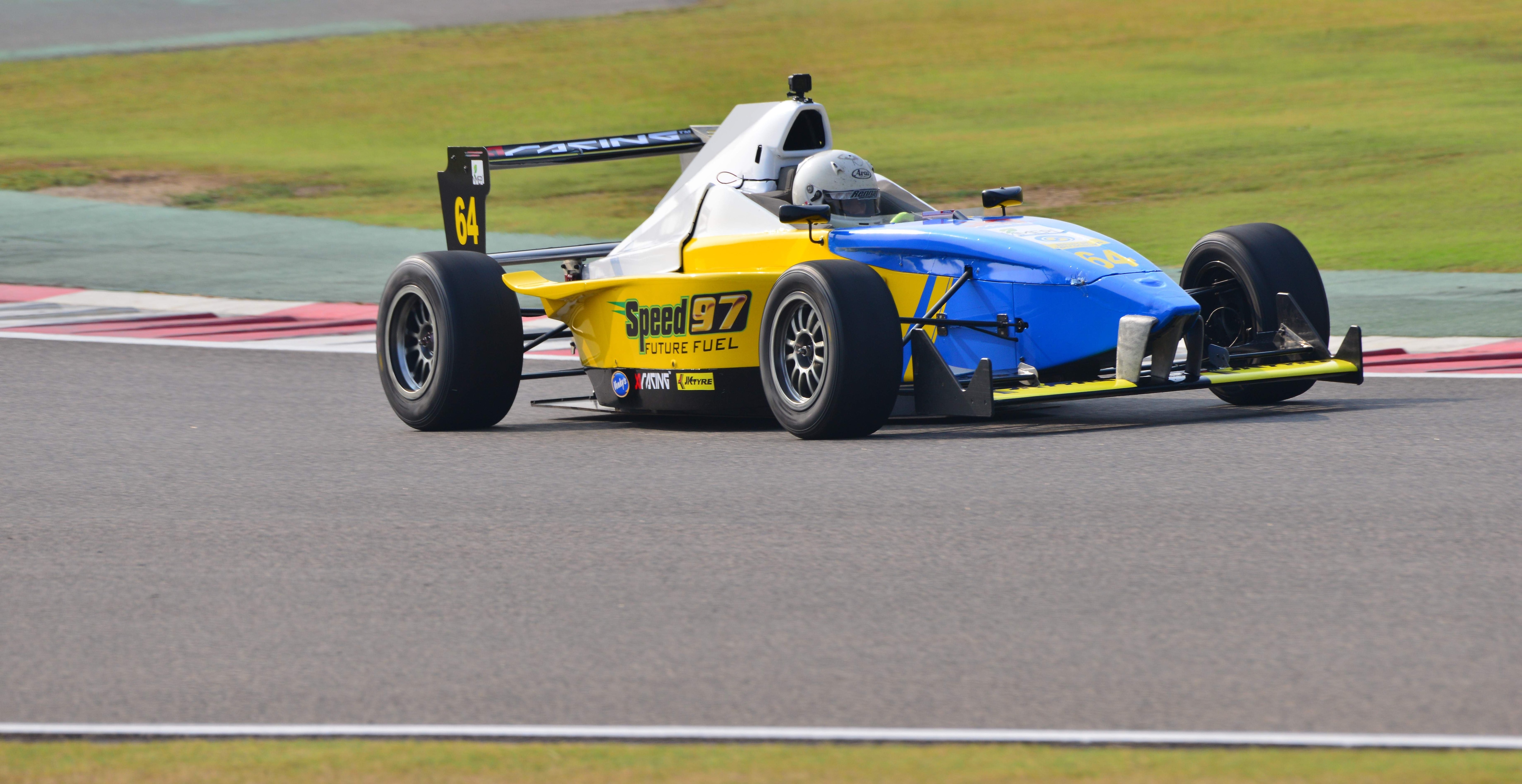 Recently Yash participated in the 2020 French Formula F4 and he was fortunate to be back in India before the lockdown was announced. He says, "For any sportsperson, two of the biggest challenges are facing your failures and getting sponsors for funds. For now, I am working on participating in another Formula 4 championship. Currently, I require `2.3 crore in funds for this championship and if I want to participate in the Italian and German Formula 4 championships, the funds go up to `7 crore (800,000 euros). Though this amount is massive, a lot of sponsors have come forward to fund my sport. My ultimate aim is to become a Formula 1 race like Narain Karthikeyan." 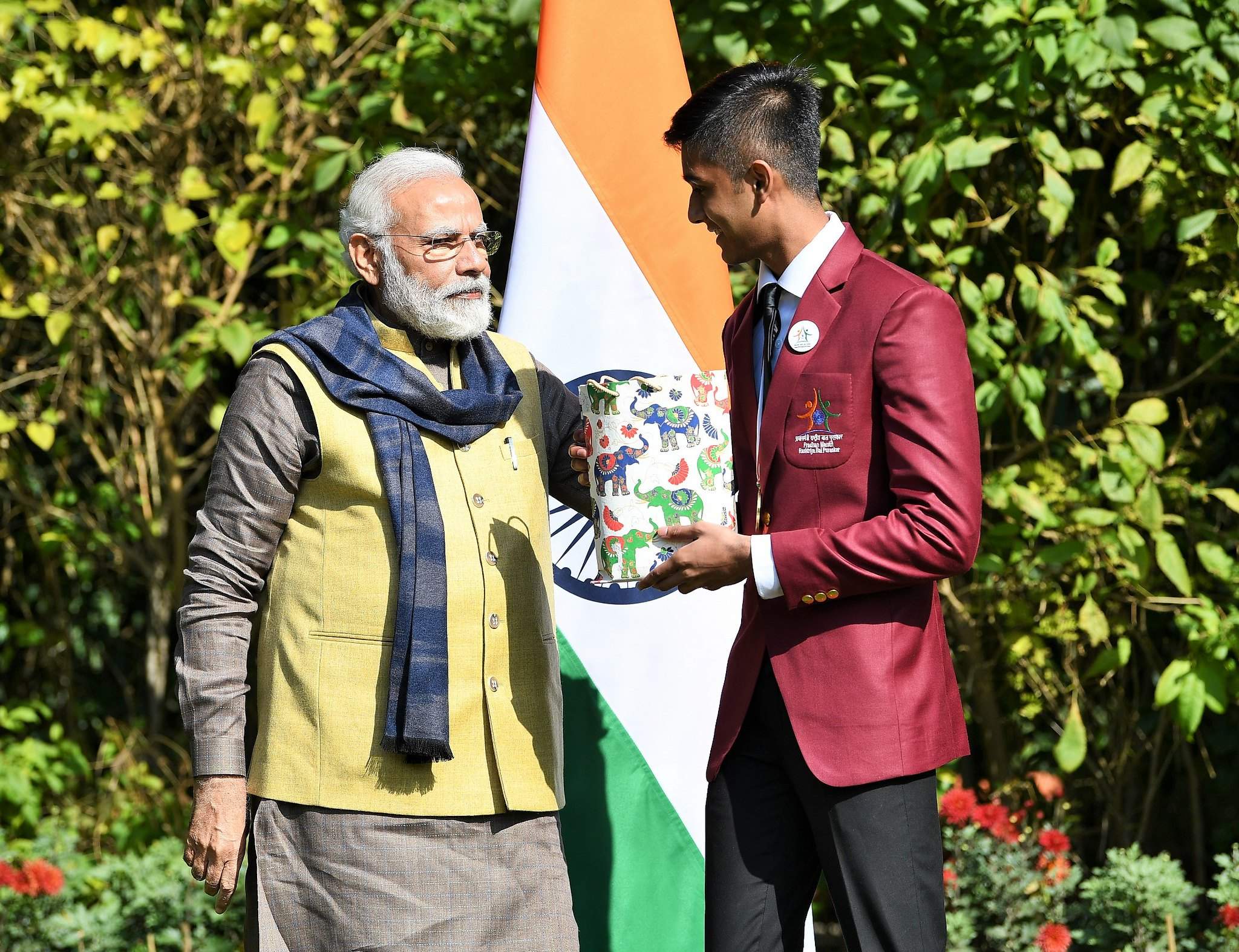 A few minutes with Modi

Yash is the first boy to win the Pradhan Mantri Bal Shakti Puraskar (name does not match with what is given at the beginning of the story) in the motorsports category in 2020. During his few minutes with PM Narendra Modi, he was congratulated and told, "This national award of high recognition should not be the end of your achievements. In fact, this must be the beginning of your future endeavours"

Yash's biggest achievements
On Karthikeyan's team
Yash was selected to race for Narain Karthikeyan’s SuperSpeed Chennai team in the X1 Racing League in 2019. He was the youngest in the series at just 17 years of age and he got to drive with the most experienced drivers

Go-Karting in Europe
Yash teamed up with PDB Racing of the Netherland for his CIK FIA Academy Trophy 2015 across Europe in Go-Karting. Former World Karting Champion Peter de Bruijn founded the team in 1998

You can know more about Yash through his website www.yasharadhya.com