Do you wake up every morning hating the way you look? Then you need to listen to Pallavi and Ameya's podcast Fat So?

Based out of Delhi, Pallavi Nath and Ameya Nagarajan are driving the conversation on body positivity and fat acceptance with their podcast Fat So?. They talk about accepting the body you have and not paying much heed to what the standards of an ideal body are in society. But, much like everyone else who has come to accept their body today, they learnt this the hard way.

Pallavi's life, till the age of 35, was governed by her 'fatness'. Everything she did or thought of was centred around her size. "Then one day, in 2014, I thought I would find out if there is something called plus-sized modelling. I came across Tess Holliday's profile and was blown away by the work she was doing. Inspired by her, I got my photos clicked, got featured in various publications but then, came the health part of it which people generally harp on about that. I read a book by Lindo Bacon — Health at Every Size: The Surprising Truth About Your Weight — which changed my perspective," says Pallavi. 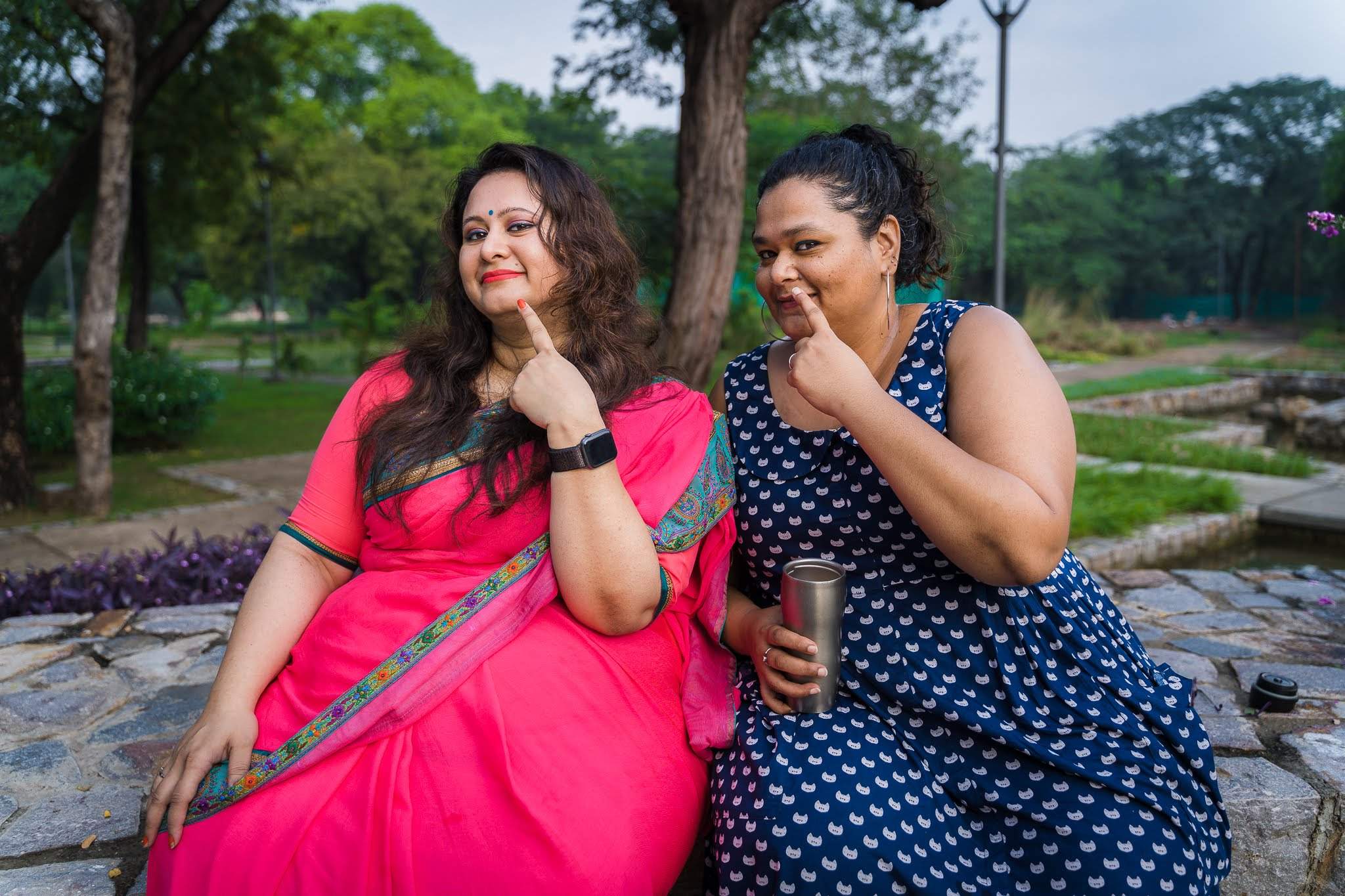 Then in 2019, Pallavi met Ameya at an event for plus-sized women. Ameya's story differed from Pallavi's at a pivotal point, she never felt held back in life due to her body. But she still couldn't associate with the term body positivity. "I think it works in theory but not in practice. It's just corporate logos on women who are not a size two," says the native of Hyderabad and adds, "There are two aspects to this. One where body positivity is looked at from the perspective of beauty standards — it can be dark skin, hair that doesn't fit the usual norms and much more — people are telling society that they look good irrespective of all this. For us, it went from being concerned about how we look through other people's eyes to the science behind the health factors and the need to reclaim our life as a fat person." Thus, Fat So?, their podcast, was started in 2019.

So, what is the difference between fat acceptance and body positivity? Well, their first episode is about that but Ameya explains it nonetheless, "Body positivity is the idea of being more accepting and loving of all sorts of bodies, of moving away from the representation of tall, light-skinned, thin bodies as the norm everywhere and much more. The problem I have with it is the enforced positivity — why should you be positive, why can't you just be indifferent — and also with putting the onus of change on the person who is subjected to fatphobia and fat stigma, instead of calling for systemic change that will remove the source of body negativity in the first place," she avers.

Ameya continues, "Fat liberation is a movement started by two black women in the 50s in the US with the idea of radically rejecting the sexist and capitalist social structures that make fat bodies the 'other'. It places the responsibility squarely where it belongs — sexist and capitalism social structures — and works to dismantle them. It doesn't tell you to do more labour (beyond what you do to ignore the fat stigma and fatphobia) to free yourself from the conditioning that tells you that you are ugly and worthless. It says that the conditioning itself needs to be stopped."

Fat liberation addresses a basic human right — dignity — feels Pallavi. "The lack of acceptance results in the whole world not designing for the inclusion of a fat person — spaces such as public toilets, restaurants, airplane seats. It involves a lack of attention — whether in resources on looking at what “fat” is in the first place. It is a fact that it is a naturally occurring phenomenon and it needs to be studied and understood so that people have access to the knowledge of how their bodies work and have equal access to medical facilities and other such 'privileges'. It is about fat being normalised versus the current demonised space it is in — so that fat people can also feel like normal people — a basic human right," says Pallavi. 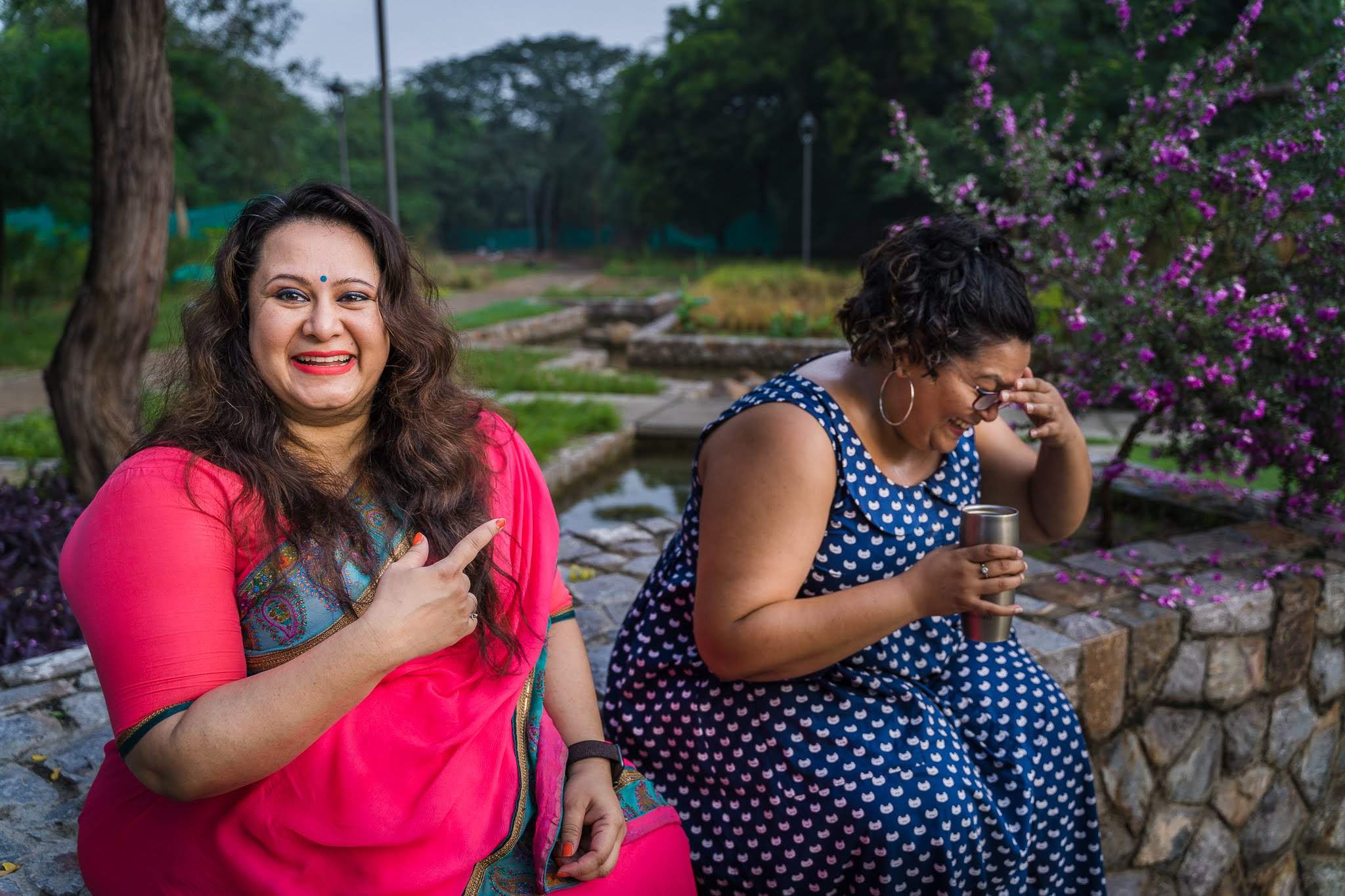 The ultimate goal is to just have at least one voice out there that is swimming against the current, that is calling out fatphobia and fat stigma, that is reminding traumatised fat people that they are not alone, that is reminding people that the word 'fat' is not in itself a bad word, say the podcasters. "The dream is to be able to buy clothes in shops, to not worry about whether you'll fit in a place or a seat, to see all sorts of bodies everywhere — because those will be the external manifestation of a transformed society that no longer thinks fatness is inherently bad, evil, deadly, cringeworthy, lazy, ugly... you get my drift," she adds, smiling.

Pallavi and Ameya say that they are trying to go a "little deeper, a little more into the mental and emotional parts of fatphobia, as well as explore fat stigma and fat liberation" with their new season — the first episode was out on October 4 at 5 pm. You can listen in on any podcast platform and also on sunoindia.in, that's the network that hosts the podcast. "So we're talking about mental health, shame, rejection, and so on. Season 1 was more about external things like how your body interacts with the world and people. This time it's how your mind reacts to a fatphobic world," they add and sign off.