In 2015, the Kumar family awoke in the middle of the night to find a bleeding puppy at their doorstep. They named her Minnie and slowly nursed the dog who was bleeding from the stomach back into good health. Last winter, Minnie passed away after a long battle with cancer. On the same day, Vipin, Moni and Akash Kumar set up Pawzz, a social enterprise which rescues and rehabilitates stray animals.

The family, which already had 10 rescued dogs at home, had grown tired after witnessing various instances of animal cruelty, the deaths of rescued dogs and the evil nature of professionals in their neighbourhood decided to launch the organisation to provide a platform to unite everyone associated to the space of animal welfare.

Since then, Pawzz has given more than 50,000 meals to stray dogs in Gurgaon and provides medical assistance such as neutering, vaccinations and rehabilitation of strays, temporary shelters and clothing. They also went around and made temporary beds out of cotton and rugs for dogs to sleep in when Gurgaon experienced one of its most chilly winters in 2019, they also identified stray dogs for neutering to control breeding. 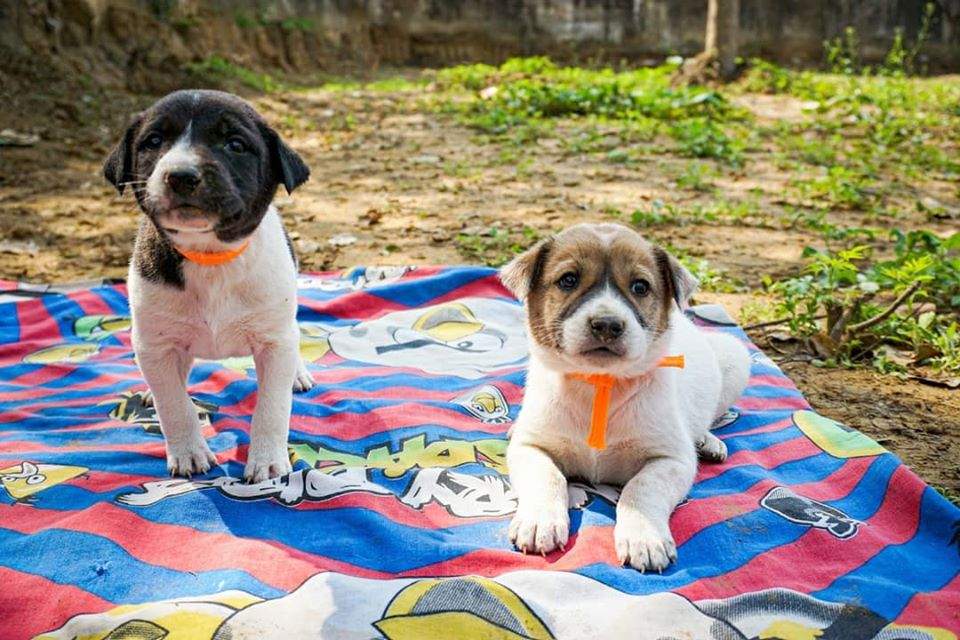 PAWS UP: The dogs are taken care of by the organisation

When Prime Minister Narendra Modi announced the Janata curfew on a Sunday, March 22, the Pawzz team realised something crucial. Vipin Kumar explains, “A majority of office complexes, restaurants, pubs, parks, markets and other public places occupied by human masses would be empty and the stray dogs and cats other animals would starve as a result of that. That’s when our team decided to launch the Hunger Project so we could gather volunteers and take care of the voiceless in the distressing times ahead.”

He continues, “We have been fortunate to have been helped by the police riders, community gatekeepers and the local police station around the area which we feed who have allowed us to feed strays when we venture out of our community. A major part of this problem is the misinformation among citizens that dogs spread COVID-19 which has been proved to be not true. This has resulted in them being beaten, poisoned and even driven out of localities.”Under the Hunger Project, Pawzz has helped spread awareness through social media in response to the widespread rumours about the virus by circulating notices issued by the Animal Welfare Board of India and Maneka Gandhi. The campaign launched when they called out to people in the area to contribute towards raising money to feed the dogs. Currently, they are still short of the amount required to feed the all the street dogs and they are a long way from achieving their target

“We need to expand our operations to feed more dogs and provide more feed to our volunteers as soon as our permit comes through,” says Vipin. “We provide the dogs with Pedigree, the same dog food brand we buy for our own dogs because we believe that the street dogs should get proper nutrition as well.”

So far, the hardest part for the Kumar family has been procuring the food. E-commerce portals like Amazon have slowed down services as a response to the lockdown. As a result of this, the project is faced with issues regarding the delivery of food due to travel restrictions. Because of this, the pet shops have also run short of the necessary supplies.

The best results of the project can be seen in the eyes of the animals that they have helped. Vipin says, “The animals have literally been ecstatic since the time we started to feed them. We have seen a huge number of dogs relocated to other parts due to the scarcity of food and the entry of other dogs in their territory. Irrespective of this, we could see with our own eyes that the animals who stayed behind were at the verge of starvation. We believe we have been able to make a difference as we have been able to unite people to come together and get feeding permits.”