At 29, Sudha Muttal has managed to deliver over 5000 performances and is changing the lives of young Dalit women in her village in rural Karnataka using the power of theatre

While we know that it is not easy, especially for women, to get recognition in the field of theatre, music and dance, some of them dedicate their lives to the pursuit of art and make a difference to society. Sudha Muttal is one of those people who fought many odds to carve a niche for herself as a theatre artist. Coming from a family of Dalits, she had to face several obstacles — but she did not let the caste discrimination or financial constraints come in her way.

This 29-year-old theatre artist narrates her tale, "No one would believe that caste discrimination existed and still exists in the education sector. I studied in a government school and we were always made to sit on the last bench. I remember teachers gave a lot of importance to students who came from upper caste or rich families and ignored students belonging to the economically backward classes or were Dalits. This ignorance grew to the extent that my friends and I left the school when we were in Class VII. We chose to do menial jobs and started working in fields and would tend to the cattle and so on. We would not earn much but at that point in time, the money was enough to fill our stomachs." 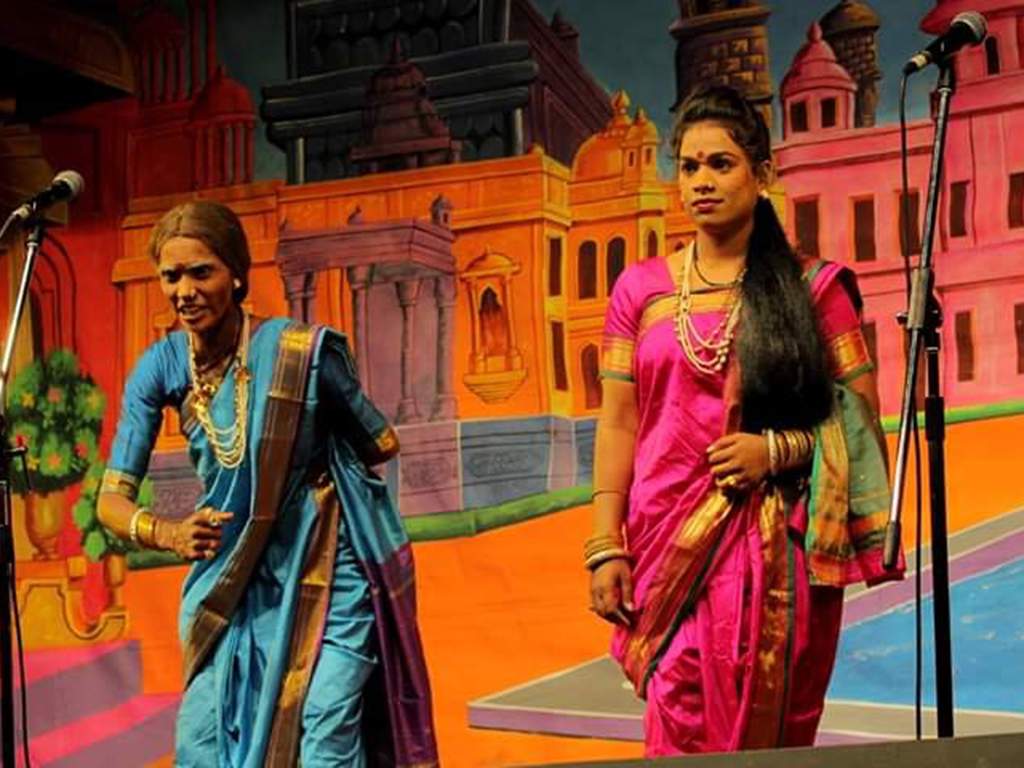 As days passed by, Sudha got used to the routine and she worked in the fields without any complaint. She even worked at a construction site to earn money to support her family. But little did she know that her future would change drastically because of the interference of one of her teachers. Sudha explains, "I don't remember the exact year, but Government of India started Kasturba Gandhi Balika Vidyalaya in our village Bannikoppa in Koppal. And they enrolled all the girl students, especially those who were school dropouts from poor families. One of the teachers who taught me in the government primary school enrolled me in the KGBV."

And life just changed all at once. She adds, "I think this was the turning point in my life because whatever I am today is all because of this school. Since it was a residential school for girls, there was no question of meeting my parents every day. It was tough to be away from my family but it made my life more disciplined. I learnt yoga, vocal music, dance and drama which shaped my future. I participated in every school level and taluk level competition and won several prizes. Soon after completing Class X, I did my PU at a government college in Koppal." 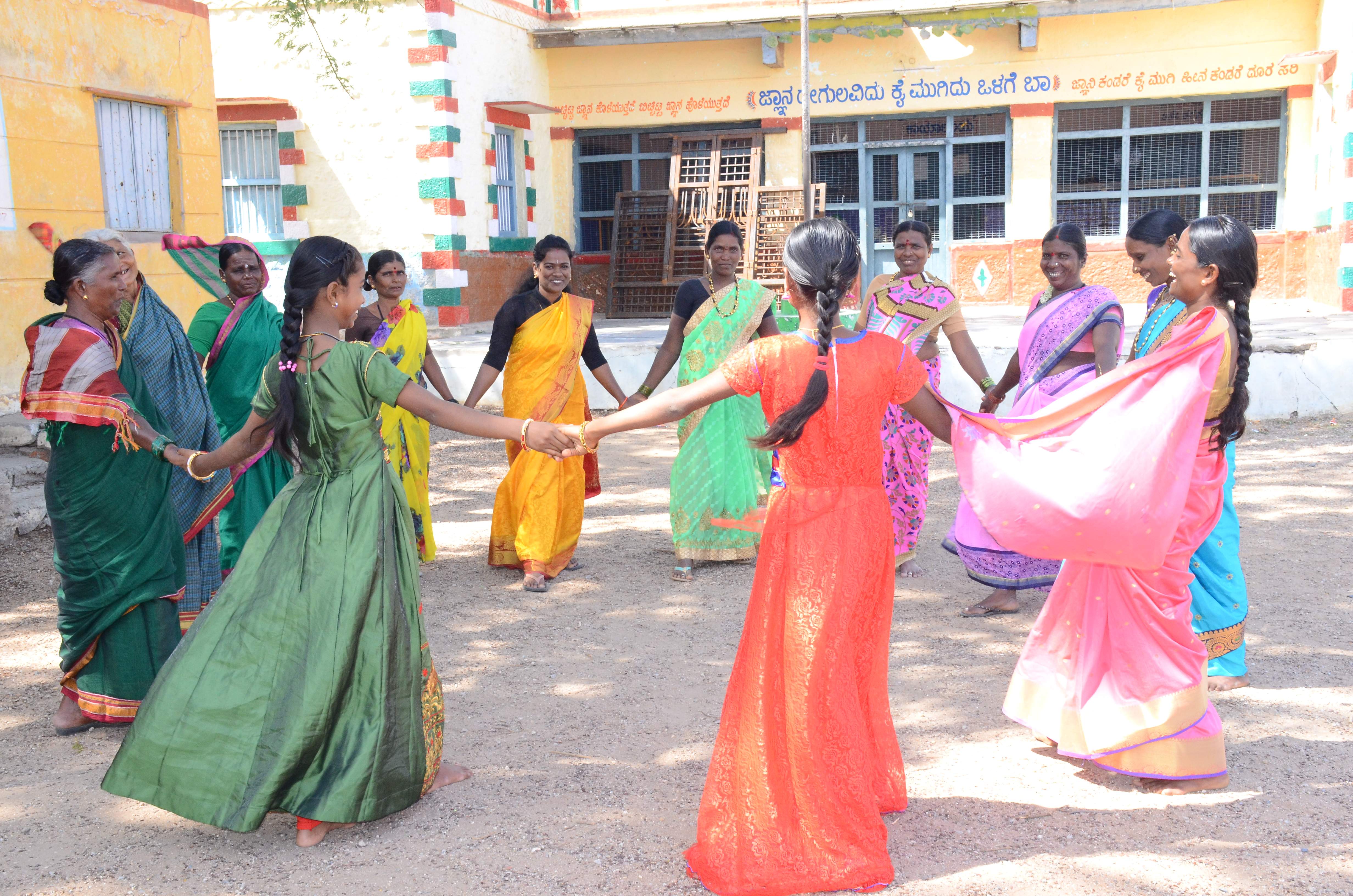 Before Sudha could opt for higher studies, she had to choose a stream that would get her a job and put her talent to use. That's when Sakhi, an NGO that works to empower youth and rural women, came to her rescue. "Sakhi handheld me in many ways but this was not the first time that I met them. They had trained me in dance and drama during my high school days and realised that I had the potential to be a great actor. The NGO had also paid my school fees when my parents couldn't afford to pay. Hence, they suggested that I pursue a Diploma in Theatre from Ranga Adhyayana Kendra in Kundapura. My elder sister, who worked as a librarian, encouraged me to take up the programme but my parents were sceptical of whether it would secure my future. I did not heed what others thought and went ahead and did it."

At Ranga Adhyayana Kendra, Sudha learnt the nuances of acting, facial expressions, dialogue delivery and honed her skills. But even before she pursued that diploma, Sudha got a break in theatre at the Rangayana in Mysuru in 2010. Malegalalli Madumagalu, a novel by Rashtrakavi Kuvempu was adapted as a play that went on for nine hours and consisted of 300 actors. Sudha, who has since been a part of this production more than 50 times, says, "I played the character of Subbanna Hegde's daughter Manjamma. I can never forget this play and my experience as an amateur artist. In fact, many people still recognise me as Rangayana's Manjamma." 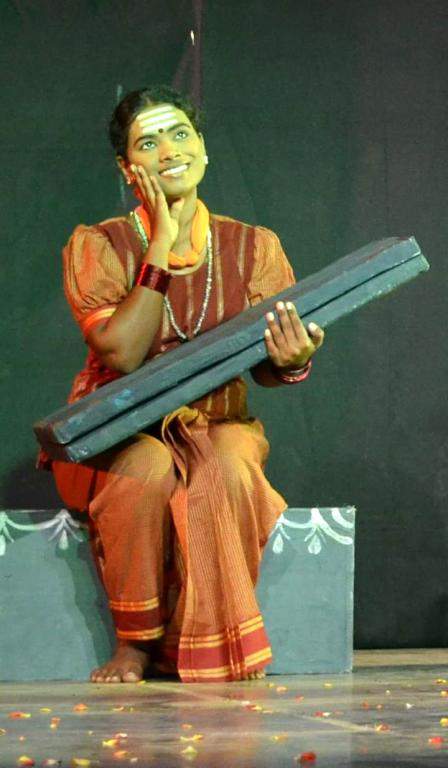 After the diploma, she was lucky enough to find work doing what she loved, "Soon after completing the diploma in 2012, I started working for the government. The state government hires artists on contract basis and give them a salary to be part of various projects. Here, we not only enact plays for entertainment but also work on projects designed to create awareness among people. The most recent one that we enacted was the life of Mahatma Gandhi to commemorate his 150th birth anniversary," she states.

Sudha travelled across India performing thousands of shows and gaining recognition. Gradually, her parents and villagers started respecting her and showcased her as a role model for many youngsters. People in her village, who had once mocked her for being a Dalit, would now boast of Sudha's accomplishments. "No one will believe me if I tell them that Dalits were made to wait to fetch water from the lake. We had to wait until a particular person from a upper caste would come and pour water in our vessels and pots. Now, this practice has been abolished but it took so many years of hard work to deliver a message that Dalits can also achieve anything," says Sudha, whose dreams are beyond anyone's imagination. What dreams, you wonder? Sudha's dream was to start an academy that can train people in her district in all the forms of art. Towards this end, she started her own organisation called Aksharadavva Savithri Bhai Phule Kalaranga Samsthe in 2018. This NGO was started to empower many Dalit youngsters and women like her. "Bannikoppa is a highly backward and agrarian region in Koppal. There are many families and people like me and art is the only medium to bring them to the forefront. Being financially backward, it is not easy for them to afford to learn music, dance or acting. That's why I taught them dance and music. Meanwhile, the school-going girls learnt acting and dance. Simultaneously, I started a night school for illiterate women. According to me, these women should know to read and write basic Kannada. If someone hands over a legal document to them and asks them to sign ot, they must be capable of reading it. Around 60 people joined my night school wanting to read and write."

Besides acting, music, dance, Sudha has learnt traditional forms of art like dolly kunita and kamsale which were once performed only by men. Isn't it a sign of women empowerment? Now, her team that comprises young girls has learnt these forms and they go around performing in different villages and cities. Sudha proudly tells us, "The money that we earn is invested back into our group. Recently, we started a Stree Shakti Scheme to apply for bank loans. The middle-aged and old women want to start a small scale business at home instead of working to earn meagre amounts in fields. But due to the pandemic, all the work is on hold. We hope the situation of uncertainty will clear soon and our group goes around performing across the state."