Being Anjan: This Kerala artist never let cerebral palsy get in the way of his colourful story

We trace the life of Anjan Satish, the differently-abled artist who managed to build the most promising career out of sheer passion for his art — despite having to cope with cerebral palsy

Satish K remembers his two-year-old son wrapping his small fingers around a pencil and drawing pictures for his parents to understand. Born with cerebral palsy, in addition to being speech and hearing impaired, Anjan Satish grew up with a paintbrush in his hands. "When we realised that our child was not like other children, our lives became about making sure that he would not feel that way. So, our focus was on speech therapy and physical exercise, we never really encouraged his drawing early on," his father explains.

At age five, Anjan stepped foot in a classroom for the first time. Here, he would communicate with other students and his teachers through his drawing. Satish says, "We didn't send him to a special school until he was in 10th standard. I'm not going to call it a blessing in disguise or anything, his condition is a limitation. He's cut off from society because of this. We wanted him to have the best life he could possibly have. The society around him spoke Malayalam and we wanted him to do the same, we weren't able to focus on anything else at the time. We used to read with him, try and train him to speak his first words." 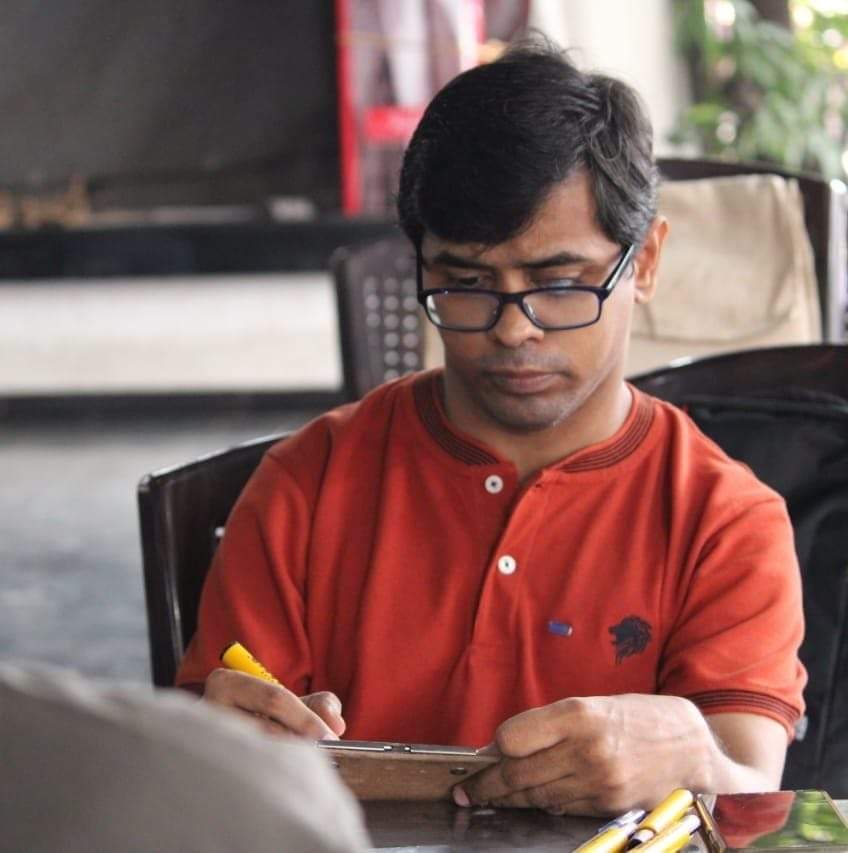 WORK IT IN: Anjan was made an honorary member of the Kerala Cartoon Academy in 2008

But like always, Anjan answered their burning concerns through art. At age ten, he was taken into surgery to extend his legs which were bent at the time. The boy who had crawled until then went through a successful procedure. Following this, he had to undergo relentless physiotherapy to be able to walk normally. As he was unable to attend school at the time, he had a lot of free time on his hands. What began as amateur sketches of nature, took a turn.

Anjan began to try his hand at cartoons and hilarious caricatures of people he knew. In 1999, they organised Anjan's first exhibition. A large number of people attended the event and showered him with love. This seems to be a turning point in this artist's life because it pushed him to really invest in what he was good at. Following this, his parents organised a number of art exhibitions at various venues in and around Kochi. With that, Anjan Satish became a well-recognised name in the city's art space. 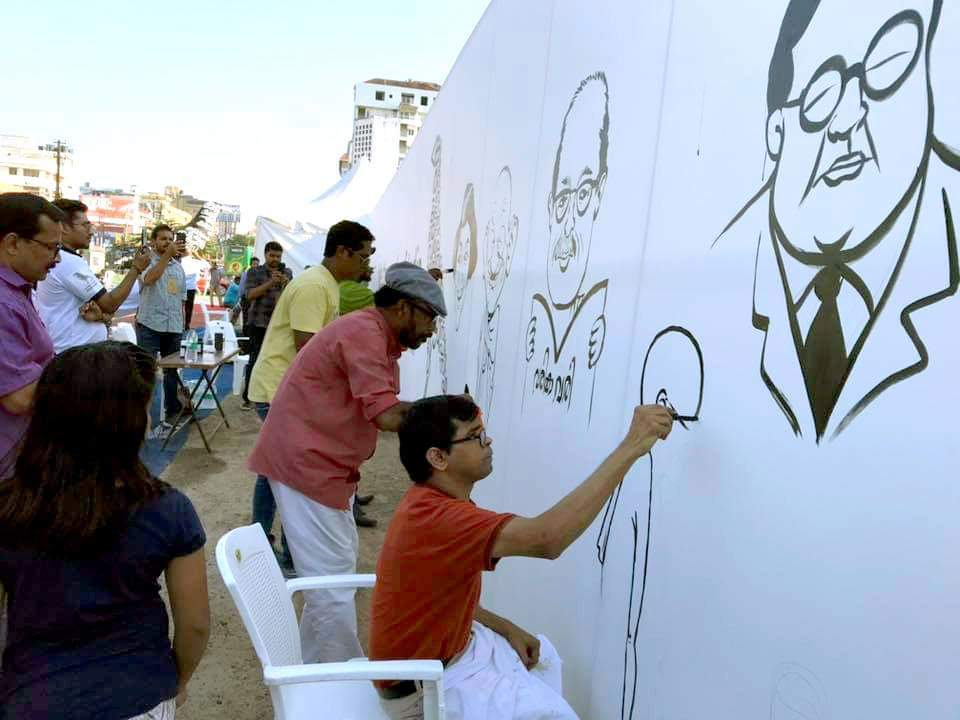 WORK IT IN: Anjan did his schooling at the Adarsh Special School, Kochi

In 2001, the artist released 12 paintings that have now been converted to greeting cards. The proceeds of all his work are donated towards a number of organisations that work towards the well-being of differently-abled children. Satish says, "This is his attempt to giving back. He has been contributing towards this every year since." In the same year, he received the first of many accolades, the Special Talent Award from the Rotary Club. He also went on to meet other great personalities such as Sachin Tendulkar and the late Dr APJ Abdul Kalam. In fact, a framed picture of him has been hung in the museum dedicated to Kalam in Rameswaram.

Today, aged 30, Anjan has made a space for himself on social media platforms such as Facebook and Instagram. Satish says, "My son has no relation to the outside world. His only window is social media where he has received infinite amounts of love and appreciation. Now, he has friends in every part of the world, from Yugoslavia to Japan!" Clearly, this family has built a world around their son's determination to let his art do the talking. And he's on his way to create the full picture.