Looking for a 2021 calendar that's all about hope? Check out this one made with the artwork of blind children

The Government School for the Blind in Kottayam has compiled the stunning work of their students into a calendar. We find out how it managed to make a difference

Life has been pumped back into the Government School for the Blind in Olassa over the past few years, thanks to the ingenuity of the children there and a handful of volunteers with an unshakeable vision. Last year, the team created a calendar with pictures of the children accompanied by beautiful illustrations by various artists. And after selling over 800 of them to help fund resources for the children, this year they have decided to reintroduce it with artwork by the children themselves.

One of the project coordinators, Teena Kondody explains, “It began around three years ago when we took the children’s work and began an auction. People could contribute any amount they wanted and it all went towards the children’s welfare. Then this became a regular thing, we sold them as greeting cards. Last year, it was one of the coordinators, Anandu Vasudev, who suggested that we create calendars using their art as a form of appreciation and as a way to help them.”

TEAM UP: The volunteers have been working together for many years

The team of volunteers have been working together for years now and for the calendars, they have been working with various illustrators and an organisation called Be Light, Be a Light which supports mental health issues. This year’s calendar features the work of the children themselves, with their permission, and the work of 12 different artists for each month featuring a task or idea to help deal with your mental health.

Teena, who is an artist herself, says, “When we first began working with the children, we began by initiating different projects. First, when I myself was asked to do a project, the only thing I could teach them was art. While some of the students here have been blind their entire lives, some are partially blind and others have lost their eyesight over time. So they have known that there are flowers and oceans.” 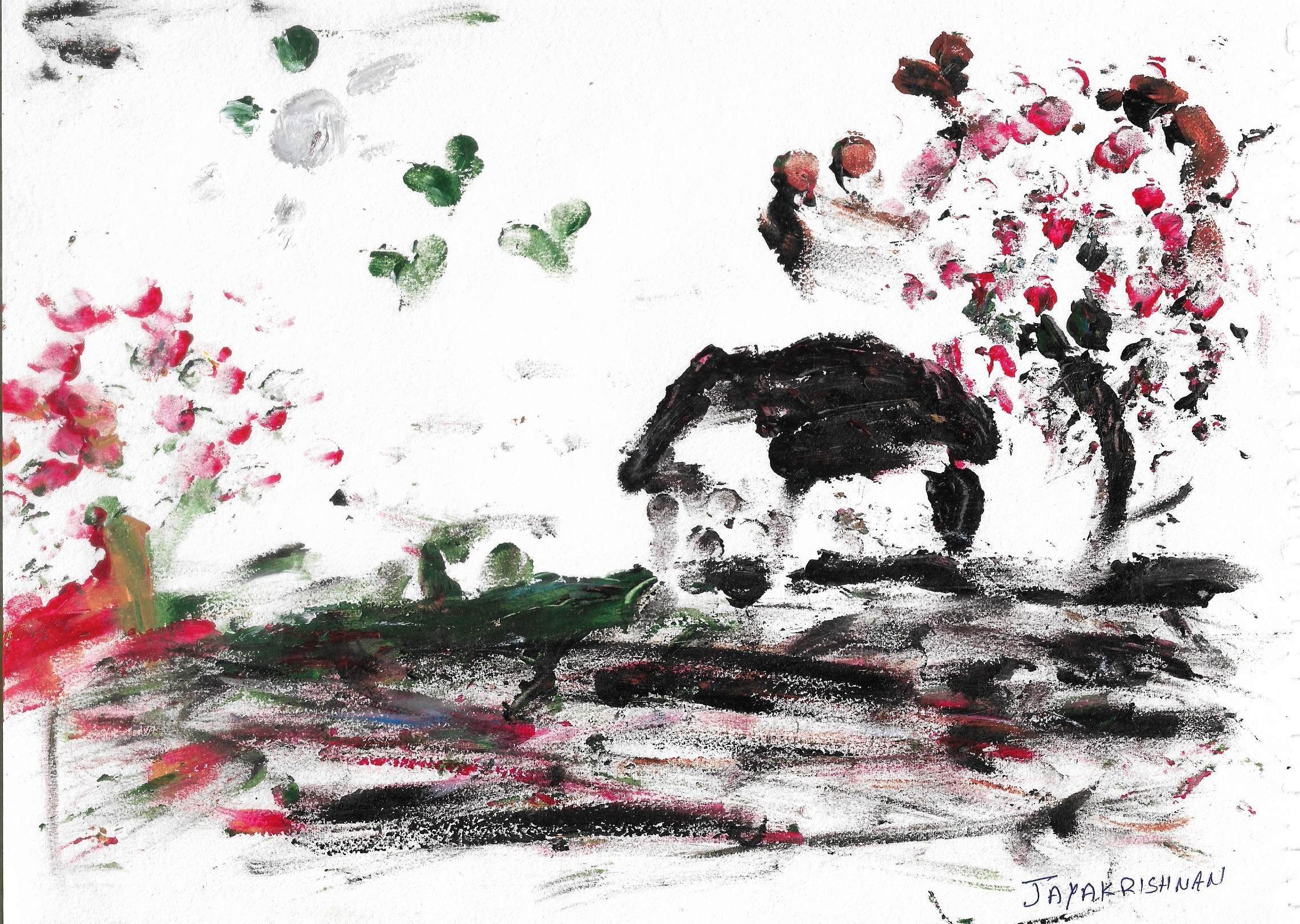 GROWING UP: Having started with just 15 kids, the school now has 45 students

She continues, “All of us, including myself, were shocked because we all assumed that it would be difficult for a blind child to draw. What we discovered was that when you introduce them to each colour, they can identify it by smell. Some of us have been artists for years but we could never have imagined being able to do that. Some of the fully blind children have volunteers helping them through it by holding their hands. And I can promise, they have drawn some extraordinary things. When we told these children that the sky was blue, we could see them learn from it.”

It was when the team felt a collective thought that the children’s work should not be limited to their eyes only that they decided to share it with the world. They have also introduced a Make a Wish policy amongst themselves to make the children’s dreams come true every four months, regardless of what it is. And in the last week of December, they plan to throw the school doors open to fulfil the children’s dream of spending the holiday with new friends. A chosen few lucky individuals can spend their Christmas with the children of this school who see the beauty of the world through their hearts.