This Bengaluru duo is making it easy for the elderly to learn online grocery shopping, paying bills during lockdown

As millennials have found it extremely easy to cope up with the e-commerce boom and life online becoming mainstream during the Coronavirus pandemic, there was one section which felt lost — the elderly. "On one hand we were asking them to stay indoors to stay safe but they are not adept with the new technology. They don't know about Google Pay or PayTM and suddenly all the e-commerce stores stopped accepting Cash On Delivery and now they were clueless," says Shreya Bajaj, who with her sister Surbhi started a platform called Easy Hai to empower senior citizens by teaching them all-round digital skills and making them independent. The duo, based in Bengaluru, started this during the COVID-19 lockdown and there has been no looking back since.

Shreya tells us that she first noticed the problem in her own family with their own grandparents. "There was this Zoom burst during the lockdown and it has continued. Families began connecting more over the internet and that's when we noticed that the older generation in our own house had no idea about smartphones and gadgets. My own grandparents who live in Delhi were finding it difficult to speak over Zoom or a simple task like how to order groceries online. Well, who do they ask what to do? Some of them haven't even seen a smartphone and suddenly everything is online. Imagine how they must be feeling. That's how we came up with the idea of Easy Hai," she adds. 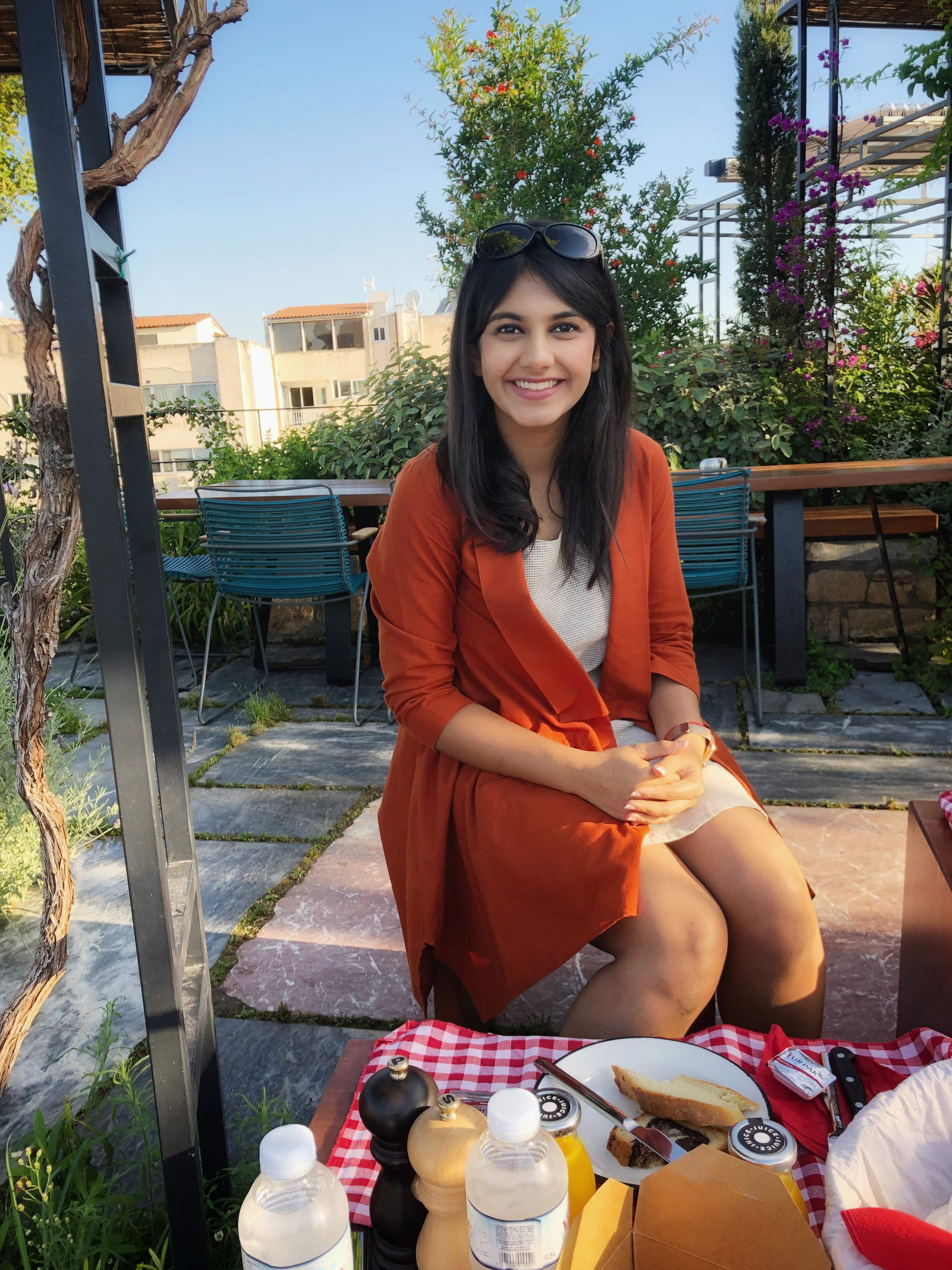 The duo, both businesswomen and having completed their MBAs, began taking classes for their own family members at first, teaching them how to use their phones to order grocery online, make payments online and more. "We thought why don't we do something to enable or empower them rather than doing it for them every single time. There are a lot of times youngsters are not available to do it for them so the answer lies in education, or the doubts will keep recurring. That was our motto," says Shreya. As word spread, more people began reaching them. "People began coming to us through WhatsApp. I had put a schedule of classes on Instagram just to make it easier. That post went insanely viral — over 50 people reposted and we got calls from all over the country. That's when we also realised that this is a largescale relatable problem, the elderly are intimidated by technology," says Shreya. The classes are conducted in Hindi and English currently but they are planning to launch in Tamil by September.

Thus the duo came up with a two-way learning system with Easy Hai. "We decided on two things - that the teaching cannot be pre-recorded videos, and the other that we need to have a follow-up session," Shreya tells us.

What and how does Easy Hai teach? People aged between 40 to 60 or even above can sign up for classes based on their requirements. They don't have to sign up for all the classes as they have a pay per class model. Users need to pay Rs 150 for one class. However, package deals for several classes, for example, five classes brings the cost down to Rs 120 per class while a package of 10 classes costs Rs 100 per session. Three sessions are held per day from Monday to Saturday, and a maximum of 30 people can join one session. The classes are conducted on Zoom. "Because the whole world started using it, they know what Zoom is, luckily they don't need to create an account and they can just click on the link. So we explain that to them over call and then guide them through to switch on/unmute their audio and videos. We also enable screen share and share everything live with them. Like for a Google Pay class, we showed them how to add their account, or cards like from the beginning to end. We also show them that things can go wrong, internet connection might not be available at points. They need to know things don't work even for our generations," explains Shreya. The duo not only teaches them how to use an app they also talk about the company, the technology behind it, reasons why they should use the apps and more. 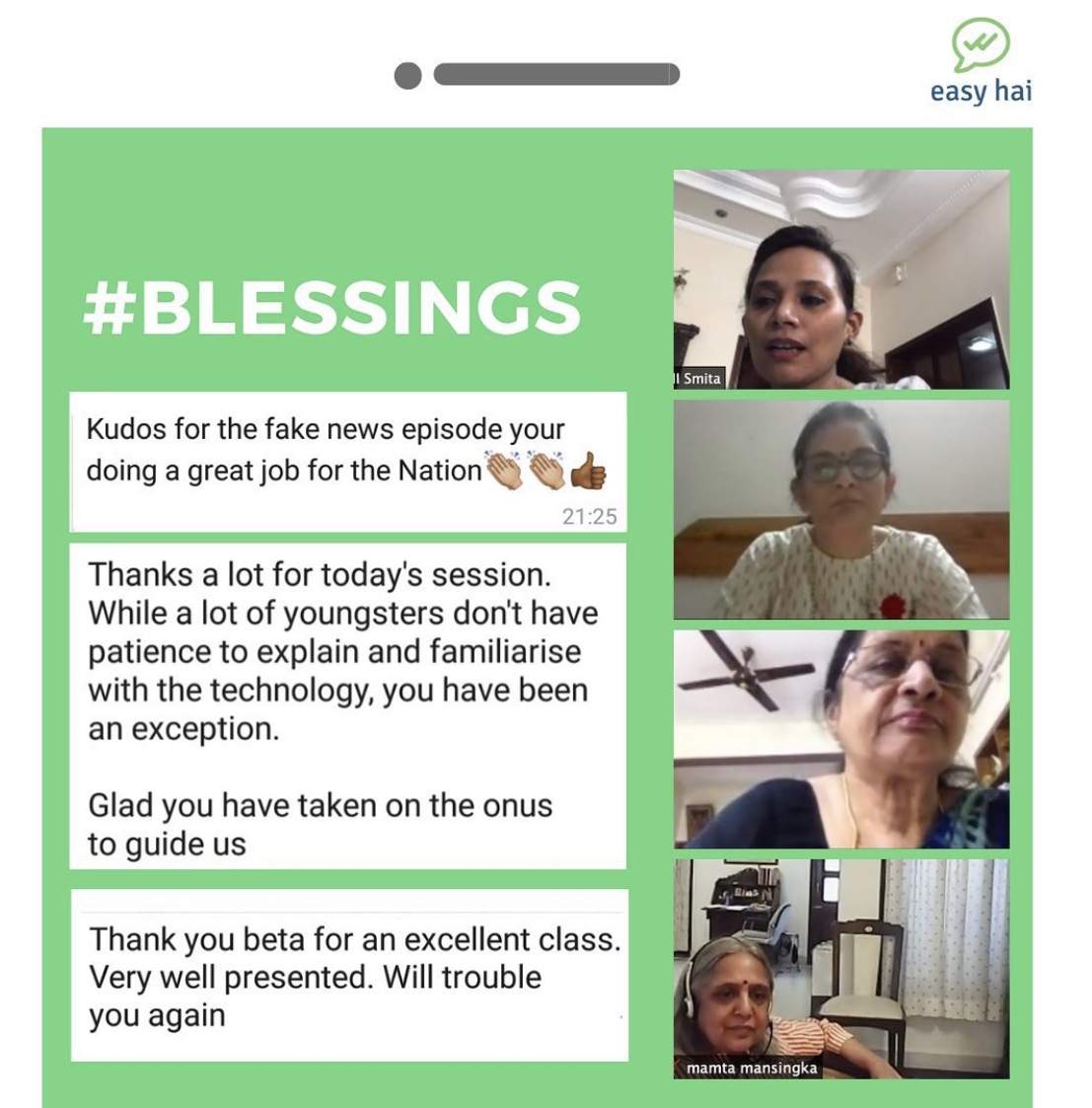 As for their future plans, Shreya says they are planning to launch an app. "It will take us another four to five months to finish work with the app, we only have a website now. We will also get more teachers on board," she concludes.