On March 28, four days after the nationwide lockdown targeting the Coronavirus was declared, medical experts in Kochi were asking the right questions. Having worked closely with the city’s migrant labourers, the National Health Mission Ernakulam and Centre for Migration and Inclusive Development knew that the virus could prove potentially fatal for some of the most overlooked communities.

The NHM’s Atithi Devo Bhava programme, a health drive for migrant workers in the city has been working closely in migrant accommodations. Louvia Kumaran, a Coordinator for the programme says, “We had set up the van before the lockdown. The idea was to visit migrant sites during mornings and evenings to screen people for Malaria, TB or leprosy. We would conduct check up and prescribe the necessary medicines.” 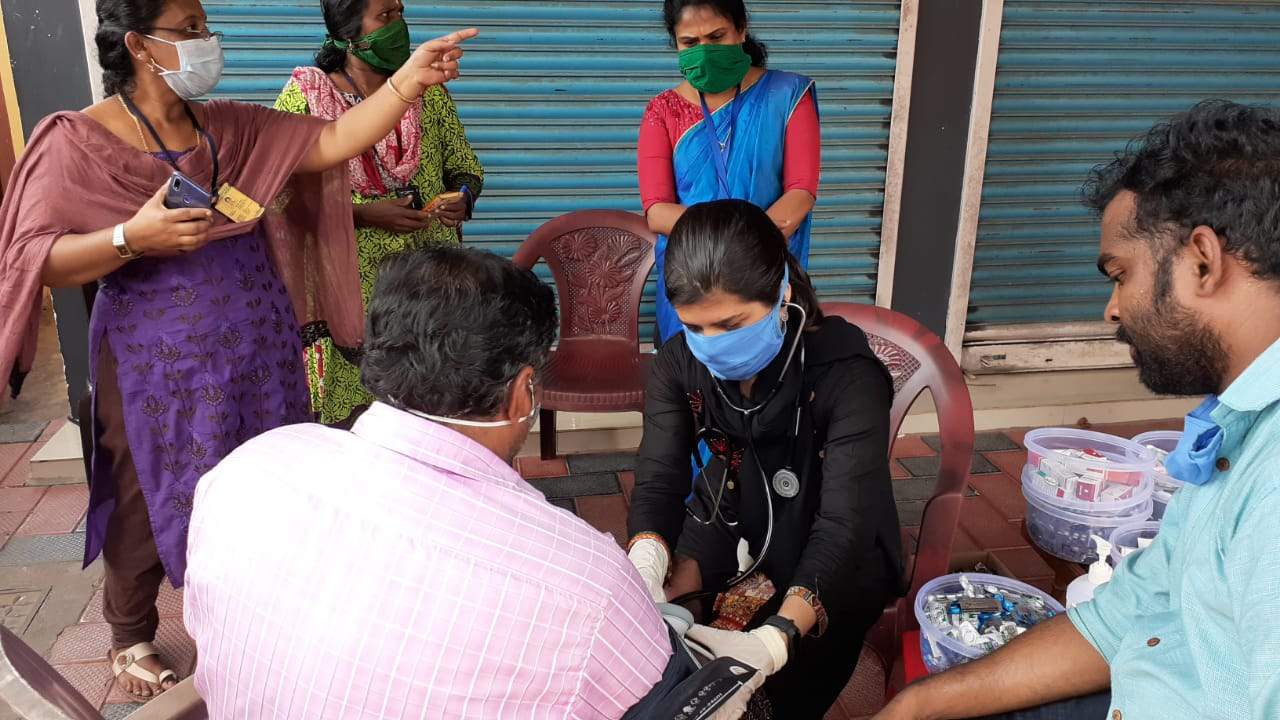 ON THE MOVE: 5 medical professionals and volunteers will be available in the van

With the COVID-19 outbreak, the idea was turned around on its head and used entirely to screen and spread awareness about the Coronavirus using the same mobile testing unit. The van, now dubbed the Bhandu Clinic, comes equipped with a doctor, a nurse, a nurse’s assistant, a volunteer who speaks the relevant languages and a Public Health Centre (PHC) inspector. They conduct the necessary tests and offer medicines if and when it is required.

If someone tests positive for COVID-19 symptoms, they are immediately referred to junior health inspectors from concerned PHCs to conduct follow up tests. Louvia says, “The people here have responded positively to this because they tests come directly to them and they receive the necessary follow up tests as well, it has helped prevent any outbreaks in such areas where people are usually living in large numbers.”

COVER ME: The programme has currently covered more than 42 sites

Currently, the programme is specifically being rolled out in areas where the population is higher. More than 42 sites have been covered where around 3000 people have been successfully tested. “When the outbreak initially started, our migrant link workers were working with NGOs to spread Information, Education, Communication (IECs) for the community. We used audio primarily because our giant 'break the chain' boards are lost on people who don’t speak the language. So our volunteers created informative audio recordings about concepts such as social distancingthat could be useful for the communities in particular,” explains Akhil Manuel, the District Migrant Nodal Medical Officer for Athithi Devo Bhava.

He continues, “The idea was that a migrant from any social strata should be able to understand our message. And in order to come up with this programme, we did not have to think like a migrant, we just imagined what it would be like for a Malayali to live abroad at a time like this, we would just need familiar and easily understandable advise through a medium we get. This is how we engineered this awareness programme.”

When the virus initially started to surge in Kochi, volunteers took stock of the numbers of people and reported it to the local PHCs who monitored the cases. When it started to spread between bordering residences, 2 mobile clinics were released based on a local plan. Extra care was taken to provide the necessary food to the areas. e organisation was under constant communication with the food dealers who included a number of NGOs including the Khalsa Aid. On a daily basis, food is prepared for more than 1200 people in a number of identified areas.