The Chekutty Story: How a doll became a symbol of hope for Kerala's weavers after the floods

It's been a year since the birth of Chekutty dolls. We take a tour down the memory lane, finding out more about the cute little doll, made out of Chendamangalam's handloom clothes

If she were a flower, without any political connotation, she would choose to be a lotus. If she were a bird, she would be a phoenix. But what is she? Who is she? She's merely a rag doll, something that easily fits in your palm. But at the same time, her birth was something that sprouted new seeds of hope for Kerala, which was badly hit by one of the worst floods in history, one year ago, in 2018.

It's unfair to beat around the bush anymore. We're talking about Chekutty, the miniature doll made out of handloom clothes from Chendamangalam, which got soiled in the 2018 floods. A year has passed since and soon, this cute kutty (Malayalam for child) will celebrate her first birthday. So, we decided to find out how much she has grown in the past year. And that is why we went to the place where she was born. 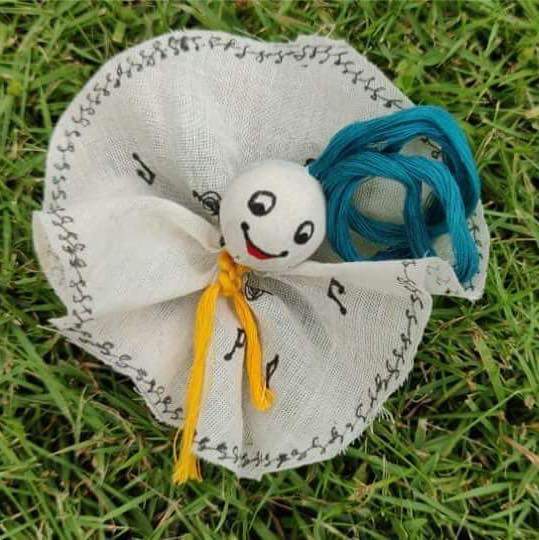 Want to make a Chekutty?: You can join the WhatsApp group Chekutty Koottam through Chekutty's website

The land of the looms

Chendamangalam is a village which is approximately 30 km away from Kochi. Popular for its looms, a lot of weavers have lived here for generations. Understandably, Onam is their favourite time of the year. That is when the whole of Kerala decides to wear white handloom saris and mundus and a lot of it go to the markets from Chendamangalam's looms. Like every year, in 2018 too, the weavers had saris and mundus much in advance and stocked them in the weaving units. Unfortunately, nature had other plans. On August 15, almost a week before Onam, the floodwaters entered the units and laid waste the stock. In one unit alone, the loss amounted to approximately Rs 21 Lakh.

Just gonna stand there and watch it burn?

"We have no option other than burning these clothes," the weavers told Gopinath Parayil, a social entrepreneur. Nobody wanted the soiled clothes. Even dry cleaning them wouldn't allow them to combat the losses. Adamant to help them, Gopinath called his friend, designer Lakshmi Menon, to find a sustainable solution. Little did they all know that that phone call would become a gamechanger and would lead to the birth of something as awesome as Chekutty. 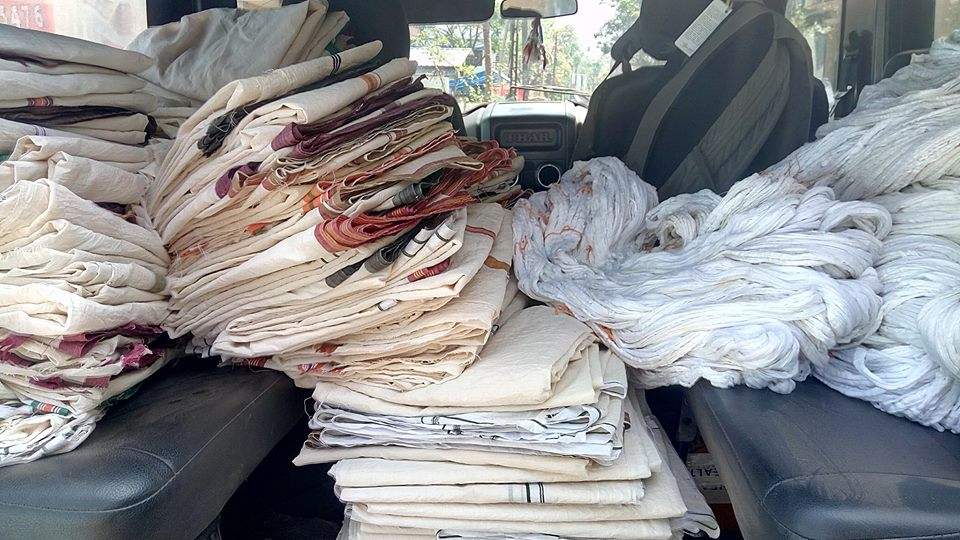 Hope route: The clothes from Chendamangalam

If Chekutty is Cinderella, Lakshmi Menon is her fairy-godmother. A designer who's popular for creating recycled and upcycled products, Lakshmi knew that she had to do something to help the weavers. "People were ready to buy their new stock, but what about the soiled clothes? When Gopinath called me, I asked him to buy five soiled saris. I have a responsibility as a designer to make something out of these clothes. That's how the idea of Chekutty was born," she says.

Chekutty expands to Chendamangalam Kutty or Cherine Athijeevicha Kutty, which translates to the child who outlived mud. It is followed by the tagline, 'Keralam onnai thunniketti,' which means Kerala stitched it together, metaphorically relating it to the way the state emerged from the floods. And that is how they took the weavers' stock and created the now-iconic dolls that went on to become a viral sensation and brought in a lot of relief funding. 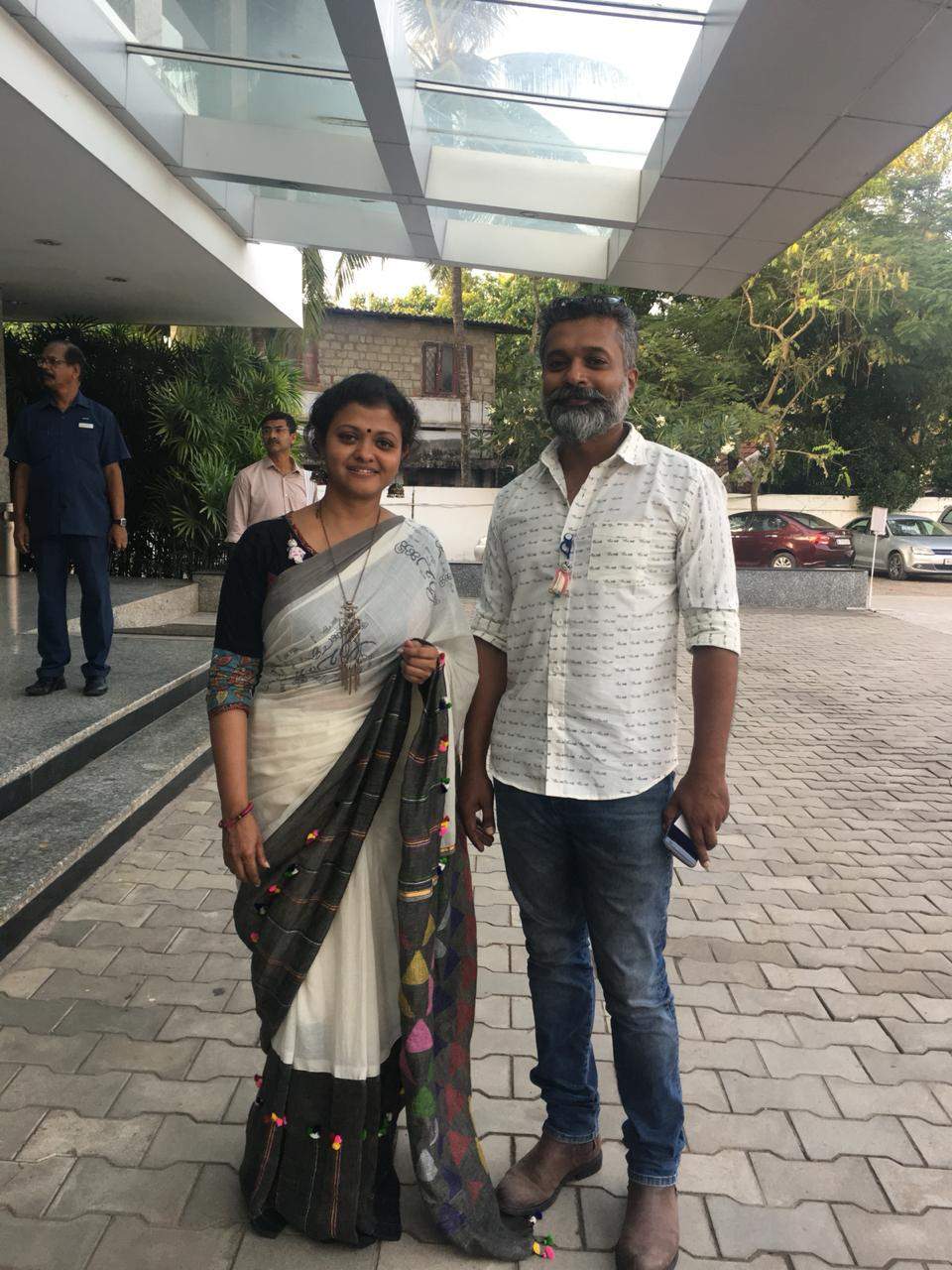 Sometimes I hold Chekutty like a newborn and pamper it. She's my firstborn and this child is adored by people all over the world

Statistically, 365 Chekuttys can be made out of a sari. Chekutty making is done by volunteers and the profit made out of sales is transferred directly to the Weavers' Society. "So many people were involved in Chekutty making that, in six months, we had volunteers in nine countries. The weavers chlorinate the soiled clothes and give it to us, which we send to the volunteers," says Lakshmi. Lakshmi has conducted a lot of Chekutty making workshops all across Kochi last year. "The price for each Chekutty is Rs 25. But some people even pay a higher cost for the doll. Thanks to all of them, we were successfully able to not just combat the weavers' loss, but even pay them a few extra lakhs," she says.

Four weaving societies were badly affected by the floods of 2018. The raw material for the Chekutty dolls is currently acquired from the fourth society and the dolls are made in Lakshmi Menon's house in Vaikkom. "Chekuttys are made only out of the soiled clothes. Using fresh clothes wouldn't be just to the cause," says Lakshmi. So what if all the soiled stock gets over? Would that mean an end to Chekuttys? Lakshmi says, "If there is more demand, we will make dolls out of fresh clothes, woven in Chendamangalam. But we wouldn't hide it from the buyers. But right now we have mundus enough to make 40,000 Chekuttys."

My child is going places

By now, you all know that volunteers are making Chekuttys in nine countries. But did you know that people in around 65 countries in the world own these dolls? "During the UN's Reconstruction Conference in Geneva, World Bank gave Chekuttys as a gift to its delegates. All credits for this go to Gopinath," says Lakshmi proudly. The hope that it has brought to this designer, she considers Chekutty her own child. "Sometimes I hold Chekutty like a newborn and pamper it. She's my firstborn and this child is adored by people all over the world. I don't mind dying now," she says.

Hope is a strong emotion. One that can bind people together. For instance, there is a 92-year-old grandmother, who handprinted designs on Chekutty's little frock. Another old woman, who was severely affected and traumatised by the floods started making these dolls to overcome depression. "She felt that she too contributed in helping the flood victims," says Lakshmi. Brand Game: Lakshmi Menon and Gopinath Parayil have now handed over the brand Chekutty to the weavers of Chendamangalam.They are now planning to build cafes, flood museums and disaster management training centres

She also narrates the tale of a mother and her little son who were regulars at Chekutty volunteer meetups. "The little boy, who until then spent all his pocket money on games and gadgets, started saving money and donating it to charity. The mother was thrilled to see a change in his attitude," she says. The stories do not end here.

It is true that the weavers of Chendamangalam are forever indebted to this rag doll. But is it just them who owe it to Chekutty? Apparently, Chekutty is now used as a tool in mental health workshops for children. "A psychiatrist in Medical Trust hospital, Kochi, uses Chekutty as a tool for suicide prevention. He tells them that if something so adorable can be born out of the dirt and flood, one can surely rise above the dirt accumulated in their minds," says Lakshmi.

There are two books on Chekutty now. One of them is authored by the Sahitya Akademi award-winning author Sethu. Lakshmi recalls the first time that she read the book. "I was on a plane when I read it. I broke down while reading it and was making sure that the co-passengers do not see my tears. Sethu sir had written it in an extremely touching way," she says. 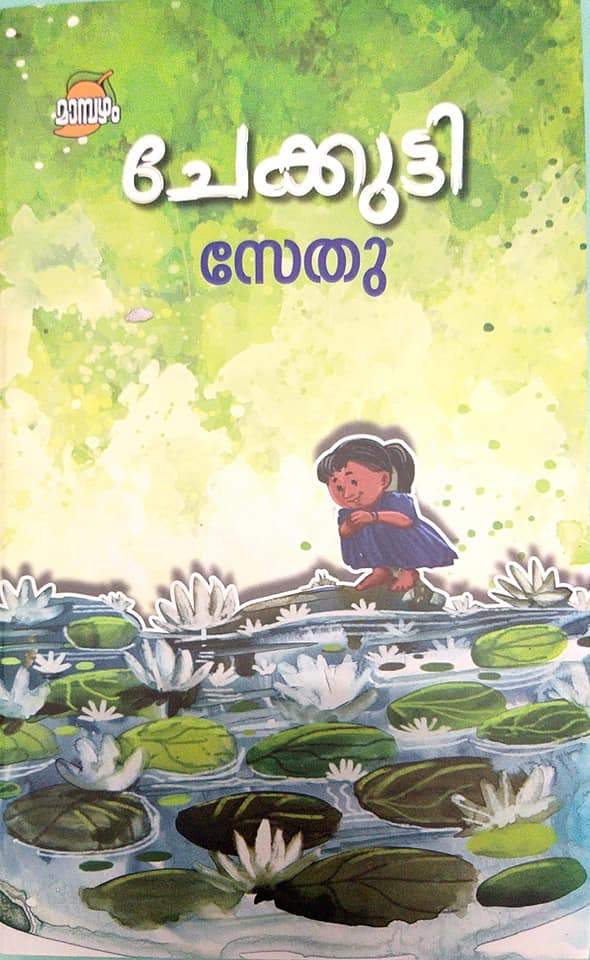 Book it: The book Chekutty by Sethu

Who said Chekutty is just a doll?

By now, we wanted to know more about Sethu's novel. For someone who's been writing for more than 50 years, Chekutty was his first children's book. The inquisition led us to Sethu's residence where he had to share a lot about his connection with Chendamangalam and the weavers. "I was born in Chendamangalam and I grew up listening to the sound of the looms there. I've seen these weavers toiling for hours just to make a pittance. Onam was their only hope and losing the stock for Onam would have been disastrous for them," he says.

When the floods hit the weavers last year, Sethu was one of the people who genuinely felt their pain. But that was when Chekutty was born and the weavers were hopeful again. "I was really touched by this initiative. That a doll so tiny and cute could do so much to help the weaver," he says. "The publisher DC Books have been wanting me to write a children's book for a while. So when these events occurred, I thought it was the right time to write a book. The cause was so close to my heart," he says. Here, even a kid feels that she has a mission to accomplish and she sets about her own work voluntarily. The way she lucidly conveys the message of peace and hope is very important

The book talks about a retired school teacher who makes Chekuttys voluntarily. She gets magical powers to infuse life into five such dolls. The childless woman starts raising these five dolls as her own children. The plot point here is when a former student of hers asks her if she could take the oldest child to Germany with her. "There is a lot of confusion. In the end, the child, Chinnu, decides to go abroad and promises the mother that she will be back. She has a mission there," he says. "Chekutty has a story to tell the world. The story of how people outlived a disaster with a simple thought. Such kindness and stories are important in today's world," he says.