This legal collective in Kerala is helping students fight for their right legally, free of cost

Your Lawyer Friend is a legal collective run by a group of law students and lawyers. We talk to a few of its members

If 'expectations vs reality memes' had to be applied in a real-life situation, the best case will be that of college hostels. Students often pictured living on their own and going out and coming back whenever they want, without being answerable to their parents. However, a couple of days into this, almost everyone would count days to come back home, thanks to the stringent rules and unrealistic curfews that most of the institutions followed. Inmates are often expected to be back in their rooms before sunset, sleep and wake up at a certain hour, follow a certain dress code (we're not talking of an orange jumpsuit here) and also not use electronic gadgets.

But then, in a span of six months, the Kerala High Court came out with two historic judgments, one in March and another in September. While the former did away with the discriminatory in time of a girl's hostel, the other said that the students have the right to access the internet and cannot be stopped from using mobile phones in the hostel. Now there's something that ties both these cases together. The students Anjitha Jose and Faheema Shirin, who fought these cases were assisted by a ' Legal Collective for Students’ Rights, who runs a legal aid initiative called Your Lawyer Friend exclusively for students.

Run by a team of 18 law students and 4 lawyers, this two and a half-year-old collective engages in policy-research and strategic impact litigation on matters concerning students’ rights. They encourage students to initiate a conversation with them when they are in legal trouble, and when matters involve questions of larger policy implication or the students lack the resources to take it to the court, they provide free legal assistance. You heard that right. Right from providing them with legal information, doing the required research and assigning a lawyer to represent them, they take care of everything. All that the students need to do is get in touch with these youngsters through Facebook, WhatsApp or email. 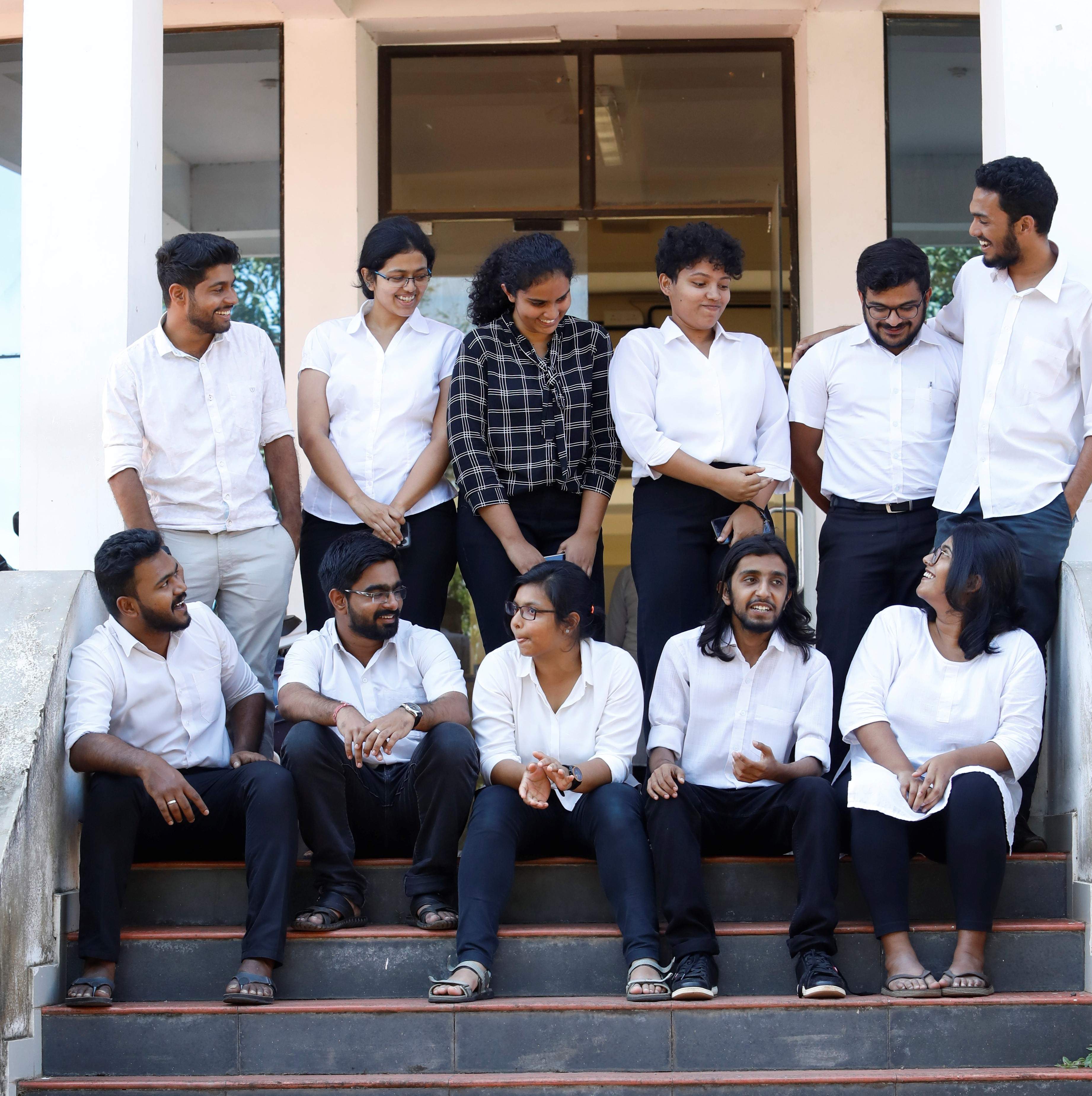 Of budding lawyers: Most of their volunteers study in NUALS, Kochi (Pic: Arun Angela)

"If the issue can be sorted out through a conversation, we do that or if it has to be taken forward, we assign them a volunteer. This volunteer is a law student who talks to them and collects all the necessary information. We consult lawyers associated with Citizens for Constitutional Governance (an NGO based in Kochi, formed by lawyers and social activists), and when the matters require legal action, these lawyers represent the students in courts," says Arjun PK, the collective's co-founder and former Executive Director. Arjun co-founded the collective when he was a III year law student in National University of Advanced Legal Studies, Kochi. Currently, he's pursuing his master's in law from Azim Premji University, Bengaluru.

So, what was it that prompted these students to start YLF? Before we talk about that, why don't you go two years back in time and remember the Jishnu Prannoy incident? A student in Nehru College of Engineering & Research Centre, Thrissur, Jishnu committed suicide after he was allegedly harassed by college management. Jishnu was made to write on a white paper saying that he had copied in an exam, based on a suspicion. But later, it was found that he hadn't copied. "Jishnu thought that the letter can ruin his career. But legally speaking, this is just a white paper. When your signature is not out of free will, it does not have any legal validity. Unfortunately, we couldn't do anything to help him out," says Arjun. 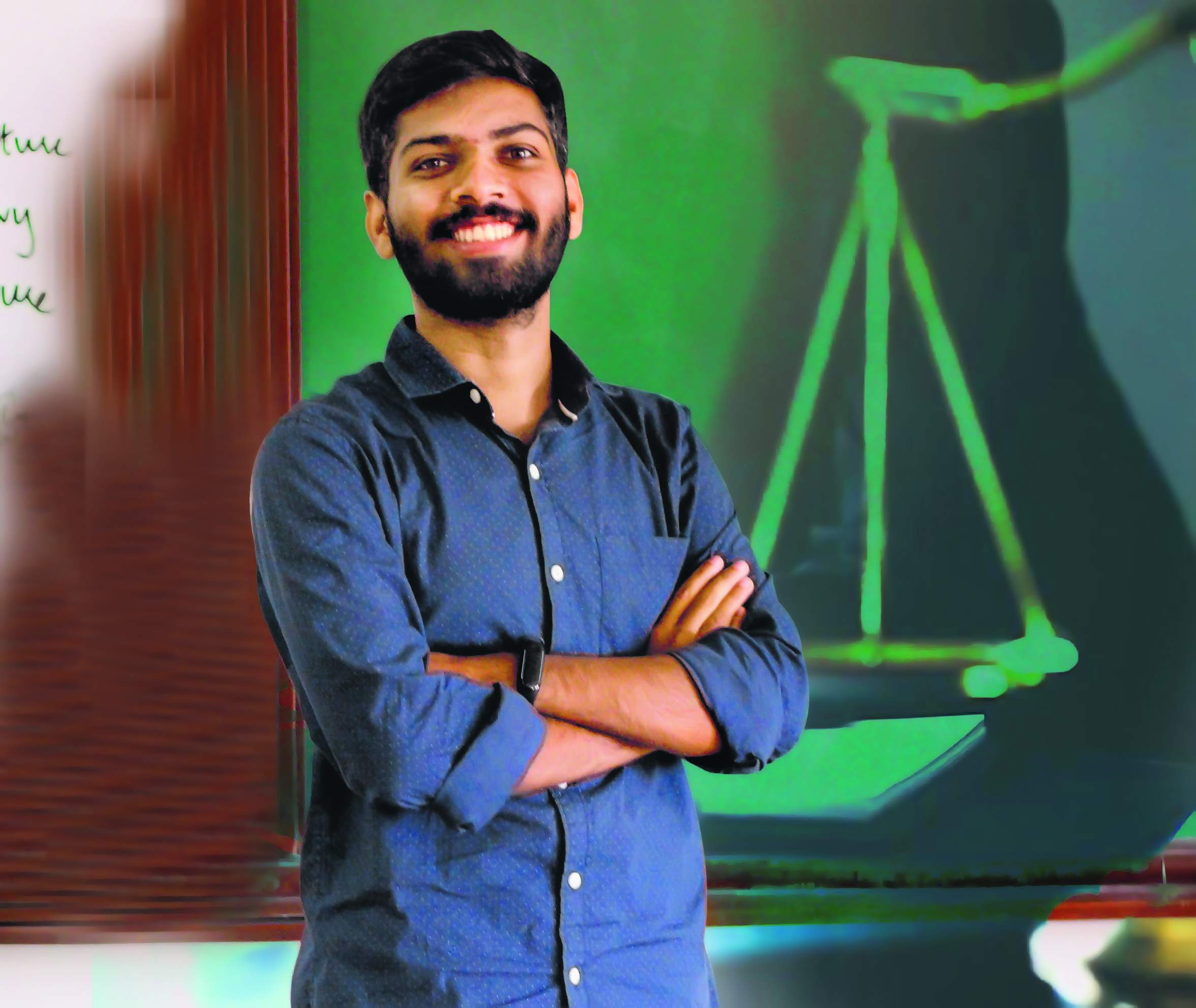 The Kerala HC was always regressive when it came to students' rights. There were no judgments those were as progressive as Anjitha's or Faheema's judgements

This was a trigger. A month since Jishnu's suicide, YLF was formed. "That was when we came together and formed the collective, encouraging students to talk to us and tell them what the law is. I also spoke to lawyer Manu Sebastian, who was associated with Citizens for Constitutional Governance who offered the organisation’s support. Currently, advocates Surya Binoy and Legith Kottakkal handle our cases at the High Court," he says.

Not quite surprising for Arjun, the very first case that they attended was from Jishnu's college. "Asma Mehnas, who was Jishnu's close friend found it difficult to cope up with the college's atmosphere, especially after his death. She wanted to leave the college, but the college demanded that she pay the entire course's fee. We took it up to the HC, which ruled in her favour," he says, adding that YLF has handled at least 20 cases against the same college. "In one more case, a student who was leaving the college in his second year was demanded the entire course's fee. Another student's mark list was altered and he was deliberately failed since the management held a grudge against him," says Arjun. "Right after the Jishnu incident, the students had stuck a poster against the college chairman, which was removed by a faculty. The students took a video of this. Now, an FIR was filed against these students by the management. We, however, got the FIR quashed," he adds.

They're currently handling a case against the management of Sree Narayana Institute of Technology Adoor. A student here was allegedly framed saying that he spat in the water cooler. The college also wanted him and his mother to apologise in the assembly and pay a fine of Rs 25,000

Even though they've handled a number of cases, no member of YLF will ever forget the Anjitha K Jose v State of Kerala and the Faheema Shirin Vs State of Kerala case. "The judgement in Anjitha's case was proclaimed long after she graduated. The case was adjourned multiple times and it prolonged even after she graduated and left the college. Also, since she had graduated from Kerala Varma College, we had difficulty finding a student who could continue the litigation" says Arjun. "In Faheema's case, however, we didn't expect such a progressive judgement. Thankfully, her parents were supportive too. But, we had to work really fast here because we had very little time," he says.

Based on the judgment, YLF is now planning to organise a campaign. "We are planning a campaign to ensure that all hostels in Kerala are free. Students should be able to use mobile phones and the timing should be equal," says Sreenath J, the collective's current Executive Director.

Since most of the members in YLF are students, they do have their set of issues. "We're all students, so managing this with academic work is hectic. Mostly, we work really late at night," says Arjun. "There are financial constraints. Our site was down because we were short of funds to renew the domain. Also, not many people know that we exist. We find it really difficult to spread the message," he adds. "Also, no college would want its students to know about us. We will tell their students about their rights," laughs Sreenath.