They party on the palam: How a group of citizens in kerala turned a defunct Flyover into a fun zone

In Malayalam, the word ‘akri’ refers to waste. Social entrepreneur Lakshmi Menon is a connoisseur of sorts in the subject, having created the famous Chekutty dolls from the Chendamangalam weavers’ flood-affected fabric. In keeping with her ideology that nothing is waste or akriology in her own words, she has decided to use her upcycling skills on one of Kochi’s most monumental pieces of akri.

The item in question is the infamous Palarivattom Flyover. Built over 3 years ago, the construction was closed indefinitely due to infrastructural flaws. Lakshmi says, “This bridge was built using a lot of money and resources. Look around us. We are living in a world where resources are depleting at an alarming rate. Even a single unit of rubble needs to be accounted for. People are struggling without even a drink of water, how can we toss anything away at a time like this?”

Today, a large group of residents gathered at the Edappally entrance of the bridge for an event called ‘Polinja Palarivattom Palam’ or The Broken Bridge in Palarivattom. The bridge, which is over 750m long, has been lying idle and unused for the past three years. A large group of people, old and young, gathered at the venue with musical instruments, kites and paint. It looked like a set of people ready to spend a day at the park, but the day was at a defunct bridge instead. 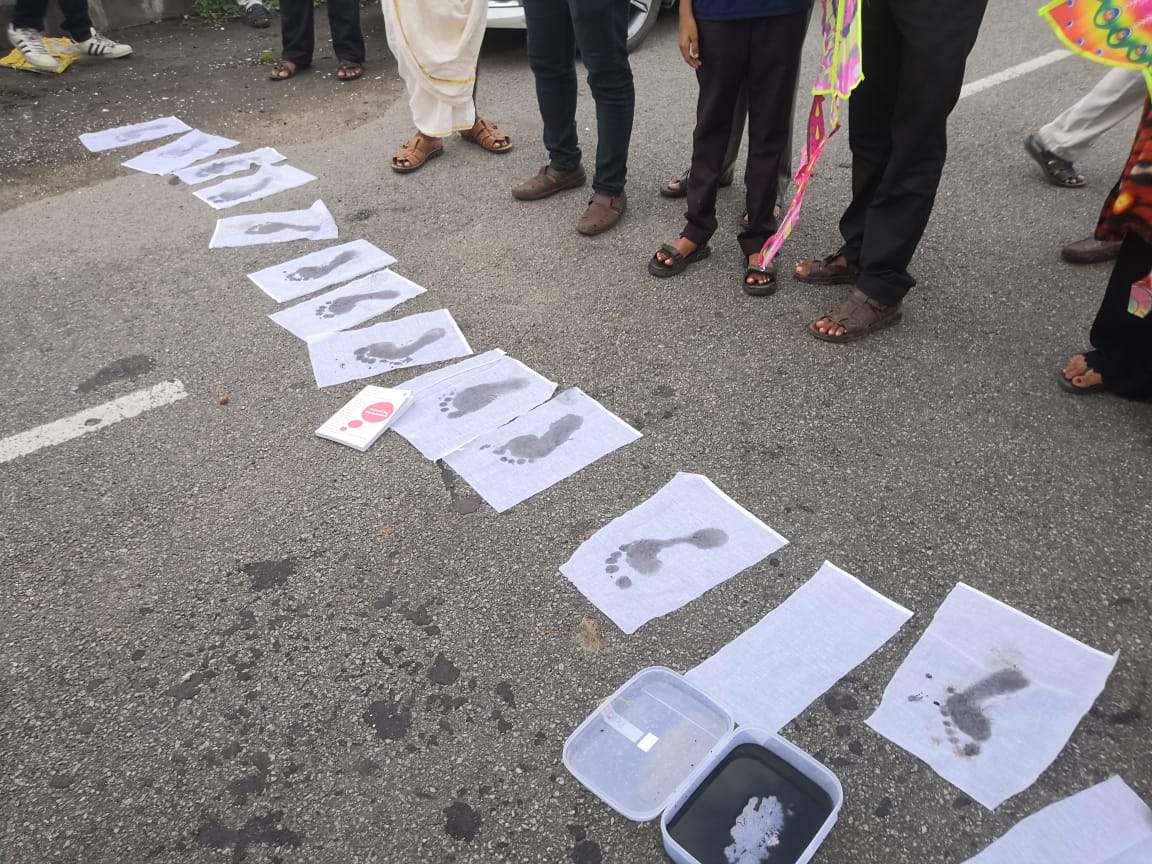 STEP UP: The group brought attention to government inefficiency

“We spent our tax money into building it, we at least have the right to step foot on it. Let them do whatever they want with it, demolish it or whatever. But while it's here, I thought, how can this bridge be of use to people?” asks Lakshmi, “It's better than cribbing about something you can't change. It is useless to just add more waste by wasting your energy as well. The damage has been done. Now, the question is what can we do with what has been left to us?”

When the people gathered from 4.30 in the evening to 6.30, they had not planned anything. It was just a bunch of frustrated citizens coming together. Joe Palokkaran is a founding member of the Ernakulam District Residents Association. He is also a committed member of the Anti Corruption People’s movement. At the age of 69, he was one of the first participants to dip his feet in paint and create a footprint of his own on the bridge and others followed.

“The greatest problem with our people is that nobody reacts to anything,” says Joe. “Reacting to such decisions and creating awareness is the only thing we can do but in Kerala, nobody bats an eyelid. The problem with this is that politicians and the officers of our PWD department take advantage of this mindset and make money. There are no people to speak up.”

FLY OVER: People flew kites at the venue

For many of the people gathered, it was just about seeing what this colossal mistake of a bridge looked like up close. The evening was packed with satirical gestures but with a solid nod to coming up with practical solutions. If not for anything else, the organisers suggest that it would be a wonderful open place for the elderly to go walking without the scourge of traffic. The even suggest that it could be used as a place for cycling thanks to the sloped terrain.

Following a brief conversation, the group engaged in a brief game of tug-of-war with a rope made out of the weakest coir available in the market. “It's probably stronger than the iron rods that have built this bridge!” quips Lakshmi, adding, “We had also asked people to bring any musical instruments and 'peepees' or whistles. You don't need to know how to play it, it's not like they knew what they were doing when they built this in the first place!” 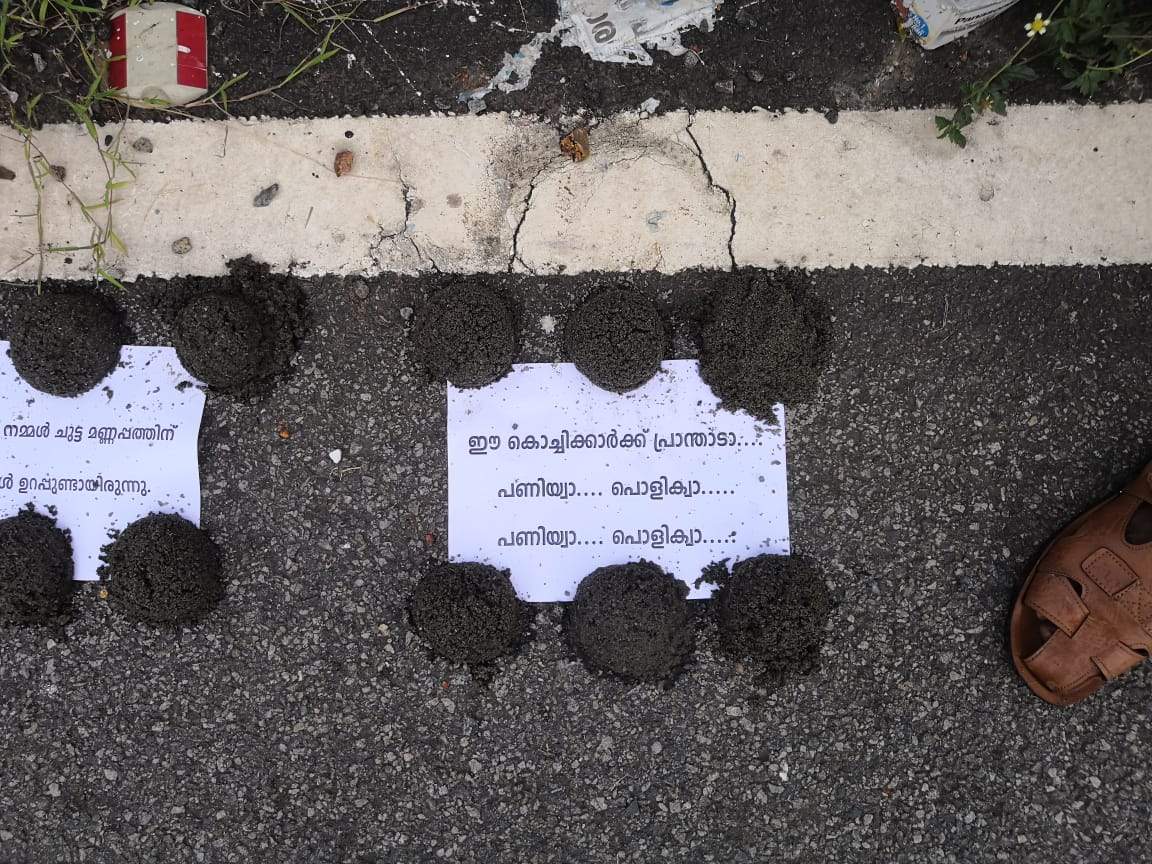 WASTE LAND: The bridge has been lying idle for 3 years

There were a range of games for the children to play from board games to anthakshari sessions. Kites, with their strings cut short were let out into the evening air. “We kept them short to remind ourselves how we limit putting ourselves out there in this time when we could be arrested for being a Maoist just for showing up!” It was also the first bridge where Swiggy managed to make a delivery.

Lakshmi has been carrying around a plastic parrot all day. The idea is to use it as one of those fortune telling parrots that are famous during carnivals in Kochi. Lakshmi says, “We were hoping it would tell us which bridge to hang out on next: should it be the one in Vytilla or Kundannoor?”