On this children's day, we bring to use some of the success stories from an NGO called CMCA and how they involved children in active citizenship

Usually, when children are in trouble, it is adults who come to their help. But at CMCA, children are trained to deal with problems around them. This 19 years old NGO focusses to transform children into active citizens by engaging with them in educational institutions through experiential programmes that impart values and life skills. Currently, CMCA reaches 50,000 young people in 11 cities and 450+ villages, in over 600 educational institutions. 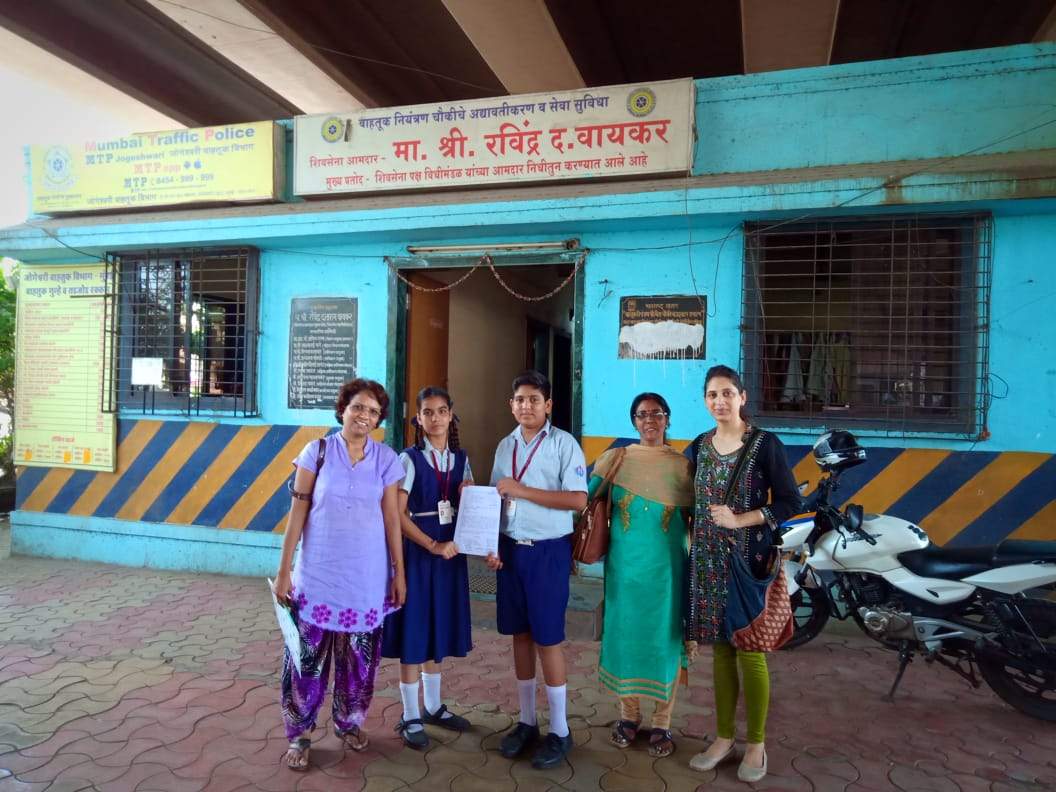 Kids who made their way clear to school gate (Pic: CMCA)

Make way for the school
When the unauthorised auto rickshaw stand blocked the entrance of Guru Nanak English High School in Mumbai, a bunch class VII students decided to talk politely with the auto drivers. Unfortunately, it did not work out. Hence they drafted a complaint letter, got it signed by all the students, teachers and principal and submitted it to the Traffic Police officials. Like always, the officials passed the buck and told students to write a letter to the municipal authorities to replace the auto-rickshaw union board in front of the school with a ‘No Parking’ sign. Nothing changed and the auto-driver continued parking their auto at the school entrance. During Traffic Police Day celebrations on the school campus, Archana, a class VII student asked the police why their complaint was partially resolved even after five months. That's when the cops levied fine to those auto drivers who ignored the sign and continued to park.

The students were happy that they to solve issues by themselves. They also learnt to communicate with the police officials or other officials to tackle problems.

A home for a family
Varalakshmi is one of the three children to her parents who own a bit of land and are daily wage workers in Karnataka. Being the older daughter at home, she is up at 6 am to help her mother with household chores. Around 9 am, she walks to her school which is three km away from her home. None of these factors has deterred her from participating in the Makkala Grama Sabha which is an initiative by the Karnataka government. In her first Makkala Grama Sabha, Varalakshmi spoke about her nine-year-old cousin Tanuja. While Varalakshmi’s family of five were residing in their own house, Tanuja, her parents and three younger siblings have been living in a hut for more than eight years.

Hence, Tanuja requested the panchayat officers to grant them a house. Moved by her plea, they have now completed uploading all the details of Tanuja’s parents under the BR Ambedkar Housing Scheme and Varalakshmi’s dream can now be a reality. In the next children’s village council, Varalakshmi will ask for a transport facility that can ferry children from home to school.