As we stand hot on the heels of the election results, the road ahead looks too blurry and vague to put our minds at ease. Young People for Politics (YPP), an organisation that works to mobilise the within the democratic process believe that this is when the real struggle begins. Founder Radhika Ganesh says, “I think all of us believe that the results will have a huge impact on our democratic process. We’ve discussed this widely and have come to the conclusion that once we know what the future is, we need an immediate physical collective. Young people from Kerala and Bengaluru have already been appointed as our campus ambassadors.”

Wait, let’s backtrack a little bit. Young People for Politics is an online initiative that has been working towards mobilising young people during the electoral season. Radhika explains, “Being political is something that comes fairly naturally to youngsters these days. But there are no viable platforms that can harness this potential or give them the space to become representative in their own communities.  Politics is currently a game of the wealthy.”

So as a part of their attempt to bring young people fighting for justice into the mainstream, the organisation began talking to them about creating alternatives and that’s how Young People for Politics began. Having started from the grassroots, the idea was to bridge the giant gap in politics: bringing together the urban youth who are very vocal and have access to opinion making platforms and bring them towards young people who need politics more than anything else and want to assert themselves in the political field. 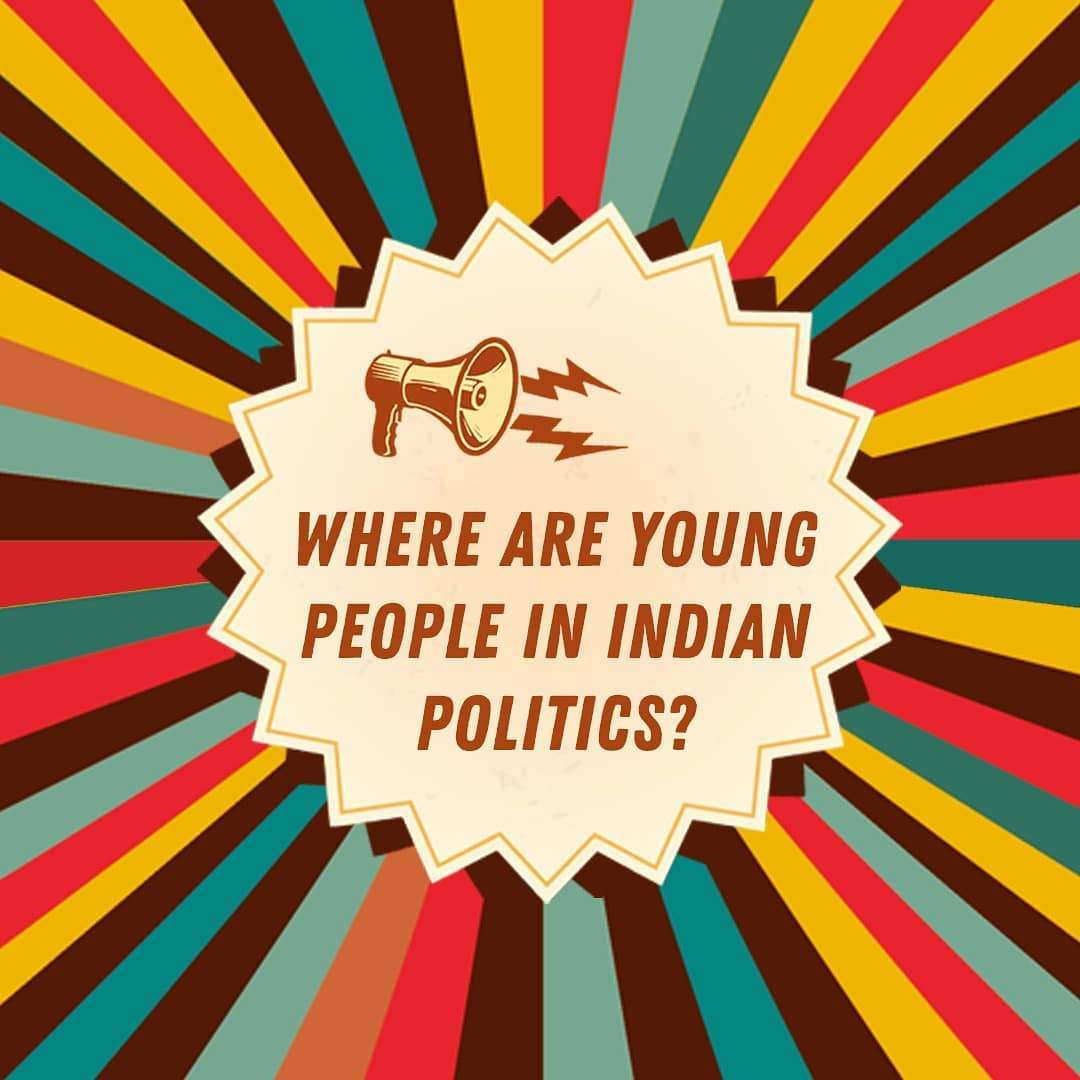 AGE RAGE:  The average representation in most states is 55

“We’ve envisioned this as a political forum which is extremely democratic even within itself,” says Radhika. She goes on, “We are widely open to anybody who has this idea and wants to talk about politics. India needs to go forward. We are slowly developing a set of principles that we are basing ourselves on and whether it is going to be at an electoral level or to do with the local body elections is going to be the next process for us to decide.”

The organisation’s work began when they began to look at the age data of candidates in the Lok Sabha elections. “We discovered an abysmal representation of young people in the candidate pool. India is largely a young people’s country with half of our generation under the age of 45. But the average representation in most states is 55.” How are these people going to represent a group of youngsters who are thirsting to have their voices heard? “We need to collectivise in our own spaces,” she answers with an unmistakable hint of conviction. KNOW HOW: YPP has created a repository of political information that has been generated through the grassroots

So YPP was set up for the current electoral season. Having already established a presence in the grassroots in Rajasthan, Madhya Pradesh and Tamil Nadu, the idea is to take the idea further. Once it was set up, it was social media that propelled the idea. With a treasure trove of youngsters thirsting for change, they began by creating a repository of political information that has been generated through the grassroots. This knowledge was used to create easily consumable content that has been spread around through platforms like Instagram and Twitter.

“We need the electorate itself to clap back,” says Radhika. “Most policy crisis that we face is because these outdated politicians do not view themselves as part of the electorate, it is merely a vested representation of them. We are a straightforward political platform that will expose young people to how politics works, the strategies involve and give them a platform to do the same.” Going forward, the idea is to initiate programmes in educational institutions around the country with the primary aim to bridge the gap between youngsters in the margins and youngsters in the city.