When she first moved to India from Australia in 1997, Kathy Walkling already had cloth pads on her mind. But it took her more than two decades to spread the same love to the people in her adopted country. Based in Auroville, Pondicherry, she is one of the masterminds behind the ‘clothing pad revolution’ as their brand has come to be known.

“Initially, I was struck by the challenges Indian women had to face when it came to menstrual practices,” explains Kathy. Along with her co-founder, Jessamijn, she set about on a mission to create a sustainable alternative to disposable pads for the women of Auroville. "We first came up with the idea of cloth pads for the women who lived with us in our community in Auroville," explains Kathy.

PADDED UP: These cloth pads are made from Global Organic Trade Standard certified cotton flannel

Initially, the idea was set into action in 1999. Kathy and Jessamijn first set about doing research across the locality around them in an attempt to understand the needs of rural women. “We were focused on building this up around the livelihood of women,” explains Kathy. “We realised that setting this up would also bring about an opportunity to offer livelihood opportunities for rural women. There are many NGOs in India working towards this cause. So we set up Eco Femme with this concept in mind and their support. We wanted to take an extra step and build up a working model that could be adopted to create a sustainable process.”

But getting them to make the switch was easier said than done, “The journey towards properly setting Eco Femme up was really very organic,” she explains. “We found that there wasn't really an easy way to get rid of menstrual products, especially when it comes to women in rural areas. Although women who live in villages are traditionally accustomed to using cloth pads, we had begun promoting them at a time when the government had just freshly come out promoting the free distribution of disposable napkins."

Kathy shares that she was able to discover the difficulty posed by unsustainable menstruation practices through personal experience. "Menstruation management is no laughing matter. It's something that people have to struggle with, especially in areas where women are not offered the luxury of privacy." Kathy points out that this difficulty was specific to women and that it was visible everywhere. As part of their research in rural communities in and around Auroville, the two women wanted to understand the knowledge and practices that were followed by local women concerning menstruation. She says, "We discovered that there were a lot of cultural dimensions in the way menstruation as a practice was approached. We learnt that the practices they exercised were extremely different. There are so many rules that need to be followed in places of worship or in the kitchen or whatever. So menstruation needed to be managed more efficiently than ever and we decided to take up this task."

The duo also discovered that a lot of women were being affected physically and had to deal with allergic reactions to plastic pads. So they decided to look into the ingredients and the products that went into making the products. "We learned a lot more by actually speaking to the women," says Kathy. "We learned all the challenges they face when it comes to managing menstruation - For instance, the cost associated with buying disposable products, getting rid of them and the waste buildup. So we realised that it wasn't easy either for these women to manage it on a daily basis," she adds. 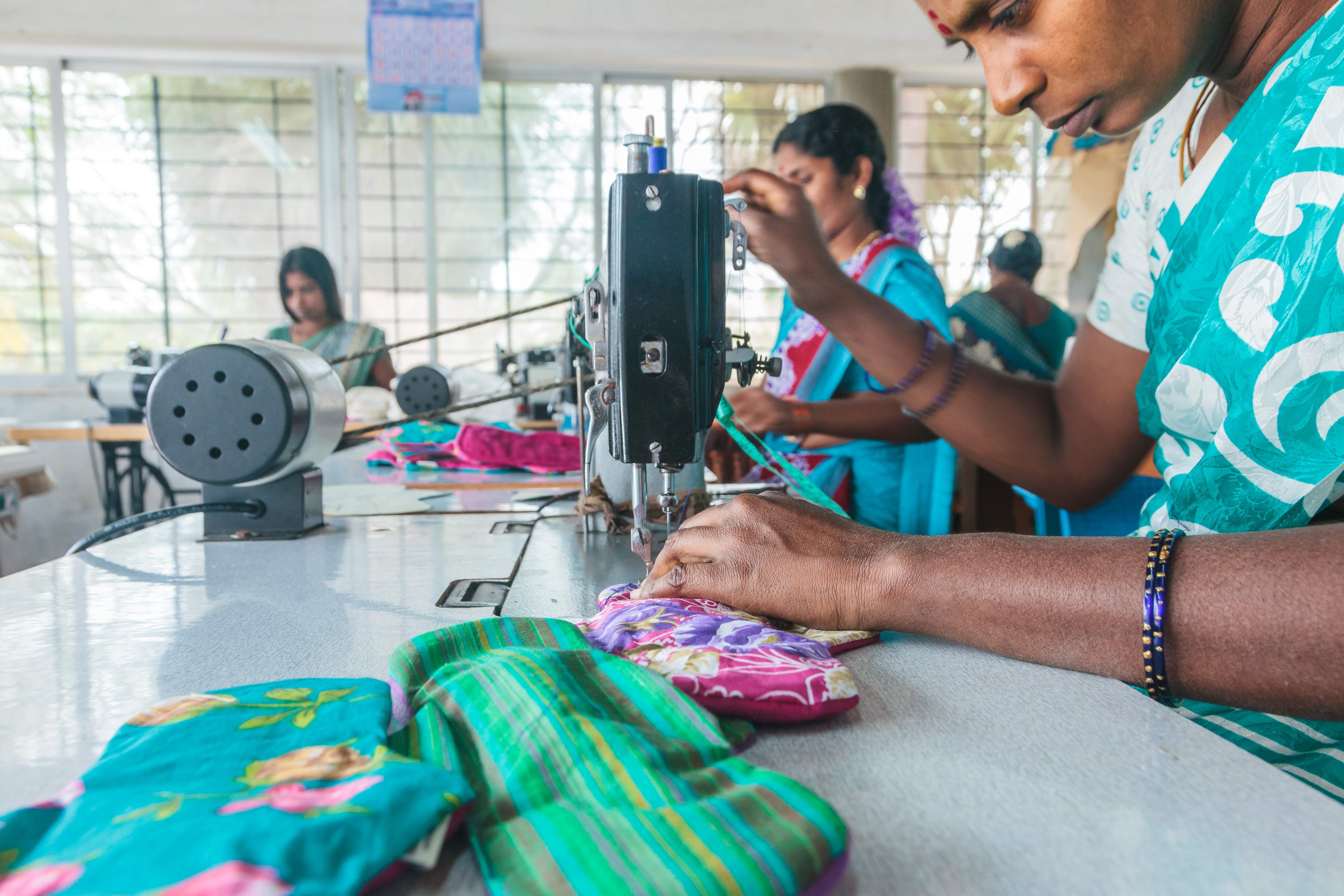 SOURCE MATERIAL: The pads are produced by expert local women

They began by identifying women who were already educated in stitching and embroidery from rural communities and training them to create the cloth pad that Eco Femme has become famous for. All the products managed by the company stand apart because they are manufactured and marketed to rural women who benefit the most from such options.

Eco Femme as it stands today, gathered a name for activism and instant interest around the world in 2010. “There was clearly a lot of buildup before we really got to work,” chuckles Kathy. Once they organised enough support, they were able to reach out to interested volunteers across the nations. Those who were identified as ambassadors for the initiative would represent them in different states across the country. Kathy explains, "It is the ambassador system that really allowed us to spread our name wide enough around the country and educate the people of the importance of a sustainable alternative."

In addition to this, Kathy credits their investors and well-wishers from around the world for helping the brand sustain itself. She says, "We've stumbled upon a very delicate balance here. There is no good or bad when it comes to what we are trying to do. Thanks to our international partners, we never run out of money to support the community that needs a cheaper option. We have programmes such as 'Pad for a Pad' that uses the money spent by an international customer to provide the same product with a discount for a woman from one of the rural communities that we cater to in India." FLEA FLOW: An Eco Femme stall set up at the Kottayam Flea

Pimy Celex, one of the ambassadors based in Kerala for the programme says, "I heard about the initiative through word-of-mouth and joined them as an ambassador out of sheer respect. I have been a part of a flea market they organised in Kottayam and the sort of response the product has gotten has definitely proven to me that this is definitely the future of menstruation management."

Pimy cites the example of one of the women who bought a cloth pad at the flea market saying, "She said she was buying it for her daughter who had just hit puberty. There is some hope in the idea of a child growing up without considering disposable napkins as an option. That is true sustainability." With a growing customer base and an even more dynamic need for what they offer, this is definitely the product of the future.