A walk on the beach is something most people enjoy. Just the idea of the sand and the rushing waves crashing against your feet can be quite therapeutic. As dreamy as that picture can get, I was awestruck when  27-year-old Bengaluru-based adventure freak Janet Orlene told me that she is planing to walk 750 km along the shoreline of Kerala. You heard that right! Orlene will begin walking along the shore from the northern most point of Kerala, Batapady Beach and will continue on foot till she reaches the southern-most point of Kanyakumari — both as a journey of discovery as well as to make a statement about women's independence. I was left wondering how she was going to do it just as much as you are. 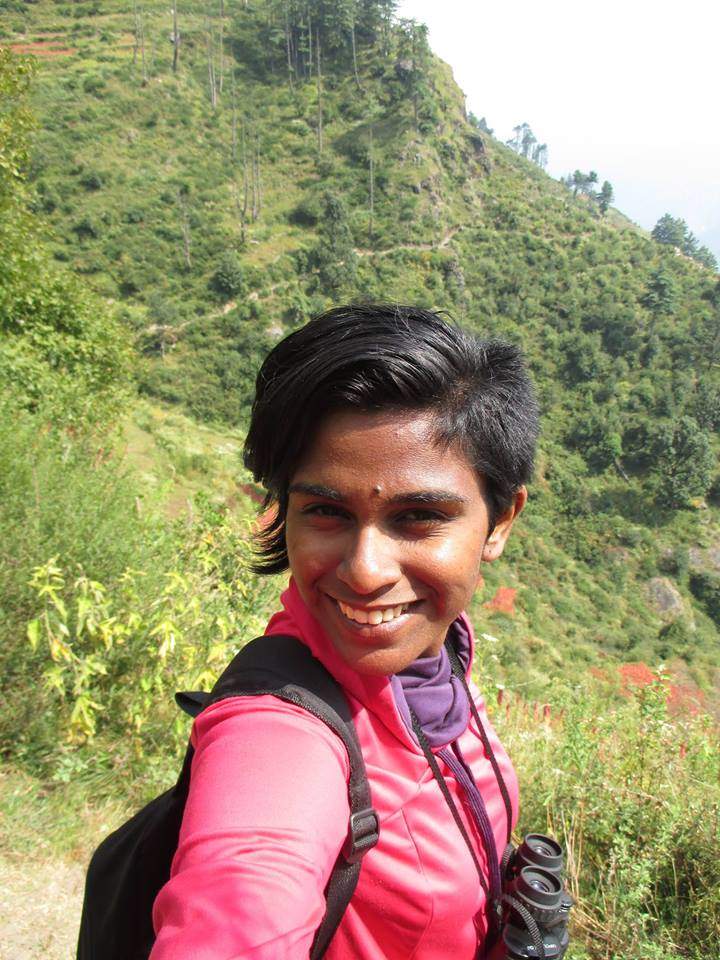 Hills are alive: Janet says its hard to choose between the mountains and the seas and she loves exploring both landscapes (pic: Facebook)

Before we get to the 60 day walking trip that's scheduled to begin this year, here's a little bit about who she is and why she does what she does. Janet is an experience designer wherein she designs life skills and life lessons as part of a experiential learning-based curriculum. She is also a spoken-word poet, a writer, performer and a naturalist and has worked with wildlife for many years now. But one of her major interest lies in hiking across mountains and travelling.

Back to the walking expedition, Janet tells us when and why this idea popped into her head, "I have always loved walking and at the back of my head wanted to have this long walk for quite sometime now, but I wasn't sure when I could give myself that green flag. Around November last year I began talking to a friend of mine about it. Out of the blue, I picked Batapady as my starting point and looked at a map and picked Kanyakumari to be my end point. I have never experienced the beach on that side of the country and its all very new and exciting for me. what makes the walking a lot easier is that the shoreline is not as rocky as the beaches on this side of the country." 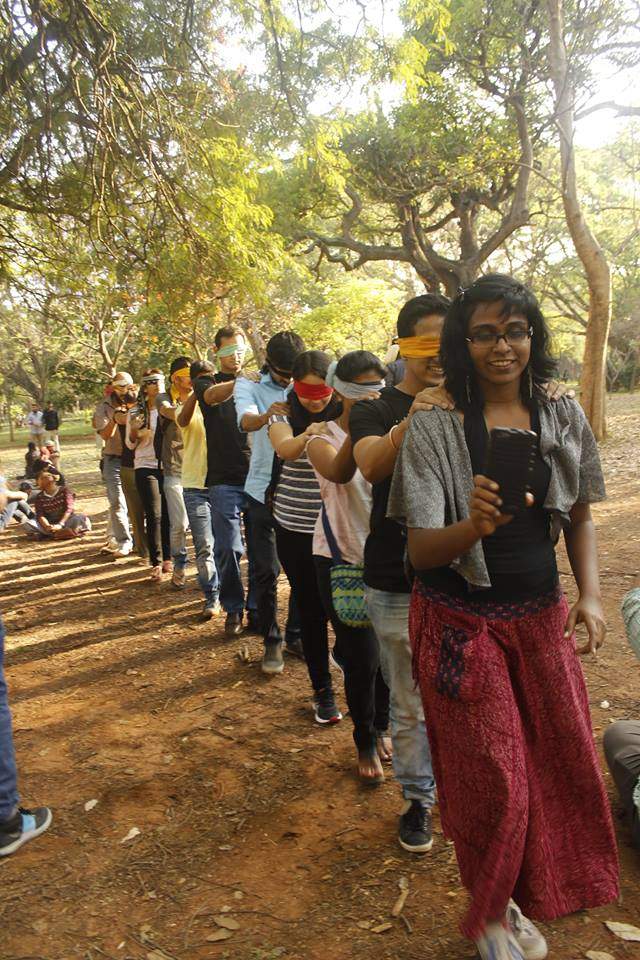 So why is she walking 750 km, you ask? Her answer is pretty interesting! "The whole point of this walk is to allow women to have access to solo travel and I want to set the tone as to how certain situations can be handled by women if they happen to be stuck in the middle of nowhere. For instance, how do you deal with your periods out there in a desert. Can you survive on the little that you have and live life to the fullest? This walk is dedicated to promoting sustenance while being independent. I also want people to have access to the stories I will be writing while I am pursuing my daily walk," she explains. She will be blogging and posting her thoughts online through the journey. "I will be posting one minute videos on social media every day to keep every one up to date on my whereabouts and I will also be blogging articles and writing poems about my everyday encounters," she explains.

While most people plan their trips and their accommodation down to the last detail, Janet is proving her point on sustainability with a 'come what may attitude' by roughing it out — by carrying a tent and essentials with her. And that will be her home-on-the-go for two whole months. "I do have a rough idea of where I will be because I want to cover at least 25 km everyday. I haven't decided where I will stay and the pit stops I will make. I will be carrying a tent and a hammock which will sort my need for the nights, and yes, I'll be living off my bag throughout," she laughs. 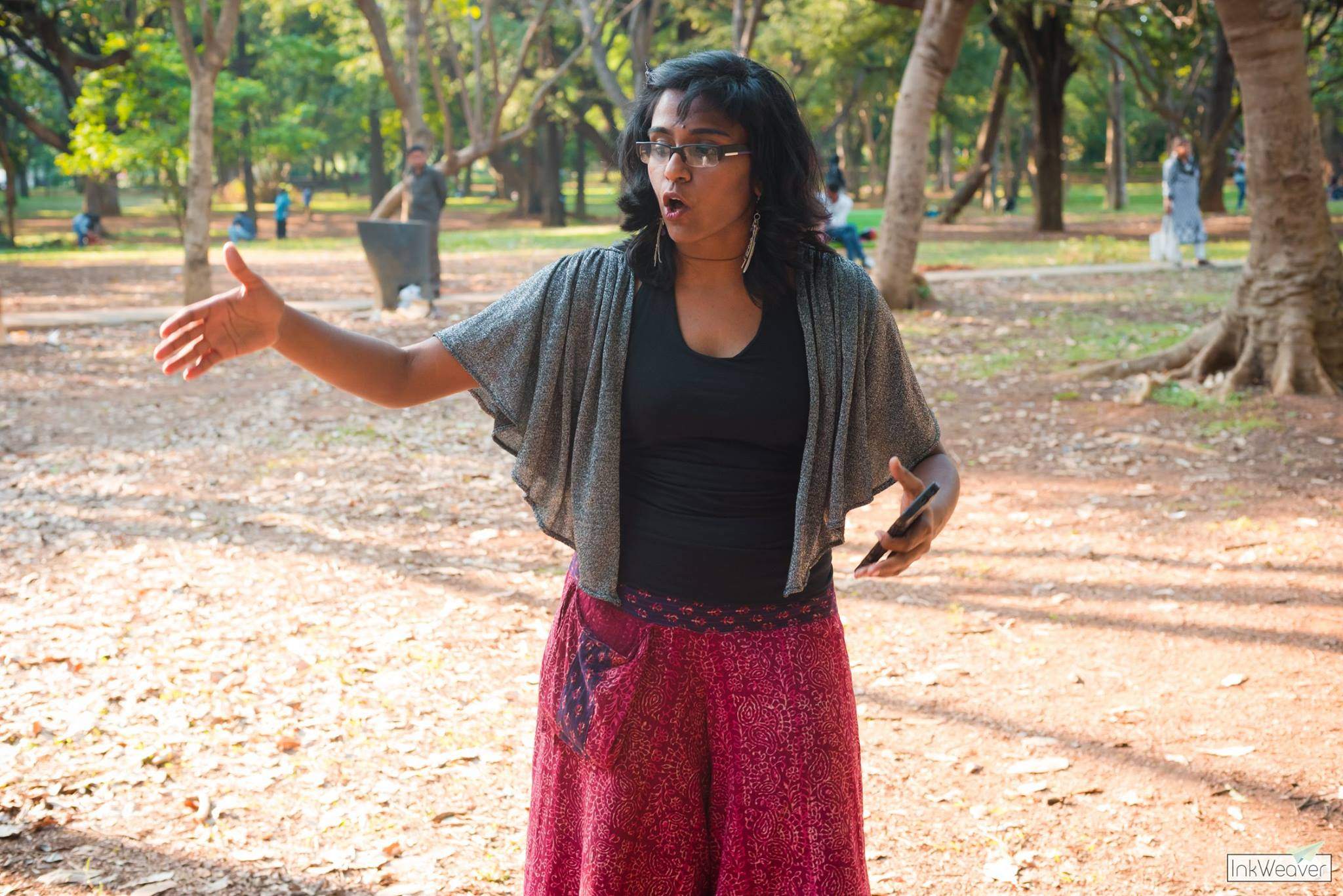 Life story: Janet has worked with wildlife for many years

Janet is also taking her documentation very seriously. She has a team that will be backing her up that will be traveling alongside withing a 2 kilometre radius. "I have a team of photographers, videographers, a botanist, a wilderness survival expert and social media experts who will be helping out with my blogs and my one minute videos. I won't be meeting them everyday but mostly once in two days for all the online work that needs to be done," she says.

And how is she training? Do you know how hard it is to just walk 10 kilometres on concrete everyday? Can you imagine how much harder it will be to walk on sand? But Janet has all this sorted out and will put in all the hard work needed when she takes the plunge. "I take my fitness regime very seriously. I walk 12 kilometres everyday in the city and I'll be moving towards the coastal area a month before this solo walk so as to be able to practice walking on the sand everyday to prep myself better," she says.

What can we say, except, 'Walk This Way!'