How Hyderabad's Jarsh Innovations is adding IoT to their AC helmets

When summer is at its peak in Hyderabad, the temperature can soar up to 49 degrees Centigrade. For most of us who work in the comfort of an AC workspace, heat is seldom a problem. However, for scores of daily-wage workers, heat stroke is a ubiquitous problem.

Moved by the plight of the labour force, three engineering graduates came together to solve this problem. Their solution was simple — a helmet with an inbuilt AC. "In 2016, when we were in college, we used to go on a lot of industrial visits. During these times, we noticed that as soon as the floor manager comes, the workers will put on their helmets and once their boss leaves, the helmets go back on the floor. When we enquired further, we came to know that the workers found it extremely inconvenient to wear the protective gear during summers due to the intense heat. That's when we decided to work in this area," says Kausthub Kaundinya Y, one of the co-founders of Hyderabad-based start-up, Jarsh Innovations. 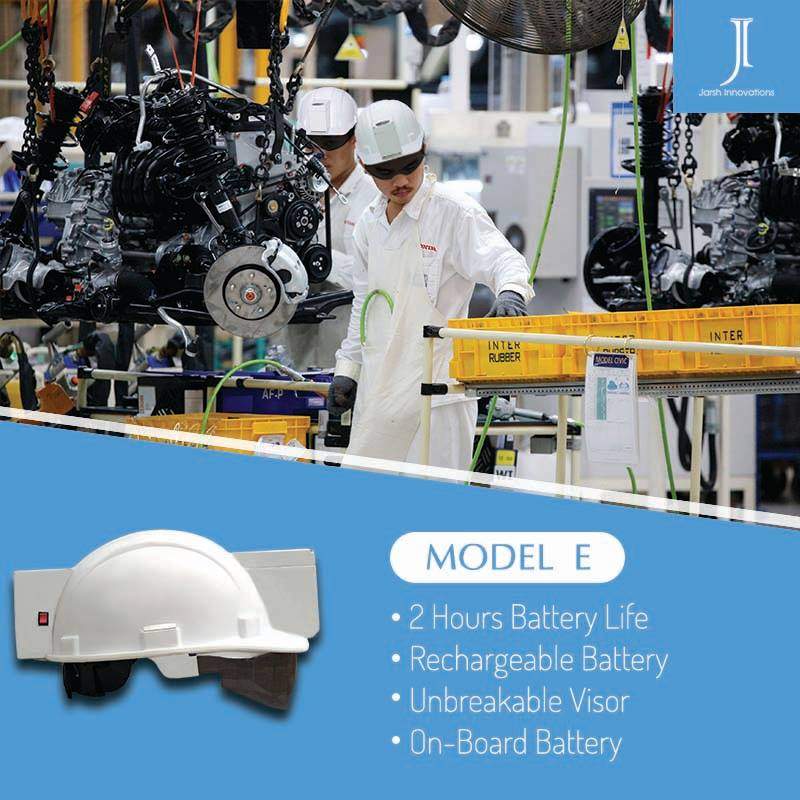 Chill mode: The start-up has designed two models of helmets, that is Kepu 2.0 E and Kepi 2.0 S

Set up in 2016 along with his friends Sreekanth Kommula and Anand Kumar, the start-up hopes to improve the working environment for industrial workers with their products. "All three of us were classmates and we used to win a lot of college competitions. But, after a point of time, we got bored of it. We wanted to create something that was a first in the world and we were particular that it should be useful. After that particular industrial visit, we decided to work on the helmets full-time," Kausthab says about how they started.

However, it took almost six months to finalise the design, "We started to work to make a small portable AC fit into the helmet, but we had to ensure that it was integrated seamlessly. By May 2017 we were ready with the prototype," says Kausthaub. Once the final design was ready, they sent their helmets to establishments like the Indian Railways, the Indian Navy, TATA and Adani groups for sampling, "The response from them was good and we received very constructive feedback. We then incorporated all the feedback into our latest design, which was a very advanced version of what we designed initially. In fact, in May this year, we brought our first batch of helmets to the market," Kausthub adds.

Currently, they have two types of helmets, "The key difference between both the helmets is the battery life. While the premium model, which is Kepi 2.0 E, is for senior-level workers and lasts for two hours with rechargeable batteries, the Kepi 2.0 S model for heavy duty workers can last as long as eight hours," Kausthub points out.