Karnataka's Govt School teachers are paying to paint their walls like trains. And it is AWESOME!

You've seen those viral pictures of government schools painted like trains. Did you know that teachers across Karnataka have been fundraising and paying from their pockets to get more kids to school

At a time, when the State Government is on the verge of shutting down 28,000 Government schools, teachers in different districts of Karnataka are trying to make their schools more attractive to kids — using the good old choo-choo train. A few months ago there was this picture of a school in Karnataka that had painted an entire wall as a train, that went viral. The Government Lower Primary School, Sannakere near Koppa was that school. The teachers and headmaster of this school approached a few people for donations and quickly managed to paint the school. Now, the school is popularly known as the Sannakere Chinnara Express.

This initiative in Karnataka was influenced by the Pilicode Government School located in Kasargod in Kerala, which painted a wall in the school to make it look like a train in 2017. 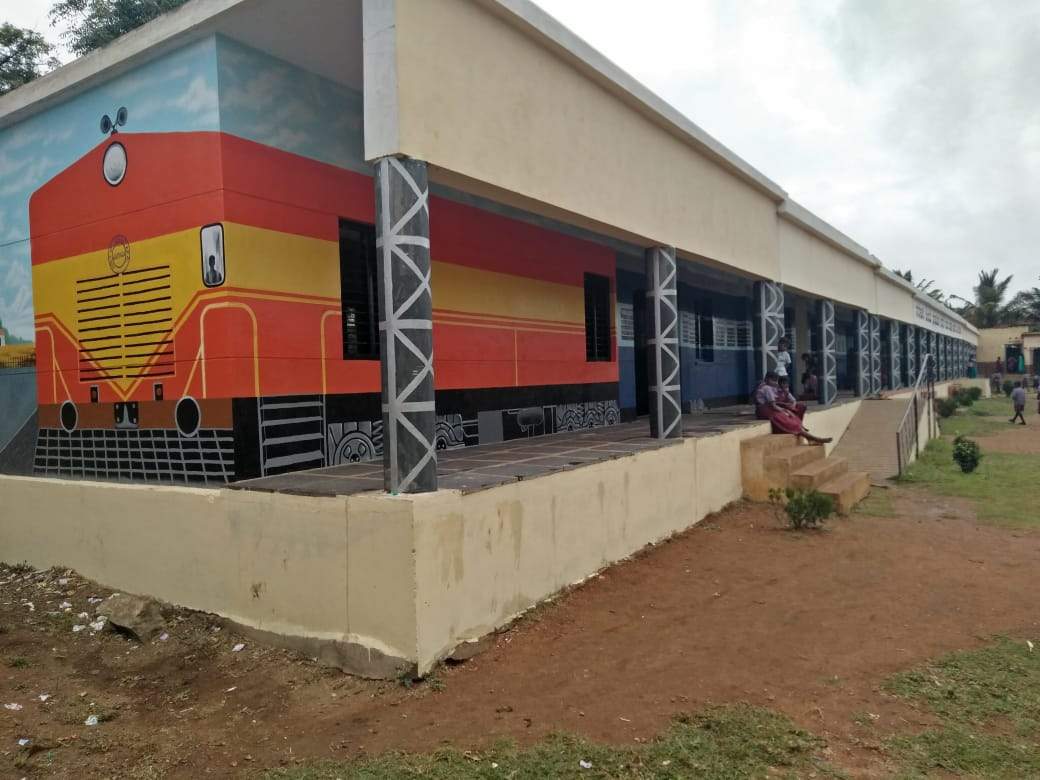 Chiku Buku: A government school in Gadag painted to resemble a train. This initiative has attracted more children to school Pic- Raghu Koppar

Following suit, recently the management and teachers of a Government Higher Primary School in Panjimogaru in Mangaluru have got the school walls painted like a train, but with 3D effects. Manjula KL, Block Education Officer, North Division, Mangaluru, says, "The school is more than 50 years old and it needed some renovation and painting too. With the help of funds allocated for the school renovation by the Zilla Panchayat, we were able to build two classrooms at the cost of Rs 13 lakh. With some donations, we were able to build two more classrooms. All the brand new classroom walls have been painted like a train now. We will also paint some more government schools like a train. This will help us attract more children to government schools."

The teachers of Panjimogaru school have also introduced a 'smart class' for the students of grades 1 to 7. A projector and a computer are being used to show videos and illustrations aligned to their academic studies

Similarly, in July 2018, a group of teachers contributed money to get their school walls painted like a train in Haropura village near Nanjangud taluk in Mysore. After this innovative paint job, the attendance of children has increased from 50 percent to more than 75 percent. Basava Naik, Headmaster of Haropura Government School says, "This is a very old school. It turned 55 this year. It is in a relatively remote area but we still wanted to increase the attendance. When we surfed the internet to find ways to make school interesting for students, we came across government schools in Rajasthan and Kerala that had been painted like a train. Hence, we planned to paint the school walls in March month but were able to complete it only by July 2018 as it took time for us to collect the money — we finally paid from our own pocket. The school walls were painted at the cost of Rs 25,000."