Ravi Katpadi, a labourer from Udupi, dresses up in superhero costumes once a year to raise funds for kids who need help with their treatment

Once a year, 35-year-old construction worker Ravi Katpadi slips into a new avatar — it could be a superhero or even a villain — and goes around visiting every nook and corner of his village, Katpadi in Udupi. And like faithful sidekicks, a long line of his most enthusiastic supporters tag along, carrying 5-6 tin boxes to collect whatever money the villagers have to offer. For Ravi, every Krishna Janmashtami is an occasion for him to do his bit for society and raise money to help children and families by covering their treatments.

"I have been doing this for the past nine years, but the idea of pooling money for children was something that struck me only in 2013. That year, I saw in the news that parents of a newborn child, who couldn't move her right arm, were seeking financial support for her treatment. During the delivery, the doctor pulled the child out from the mother's womb by her right arm and hurt her in the process. I felt so sad when I heard the story and I wanted to help them in some way," says Ravi, who started his tradition dressed up as Spider-Man. 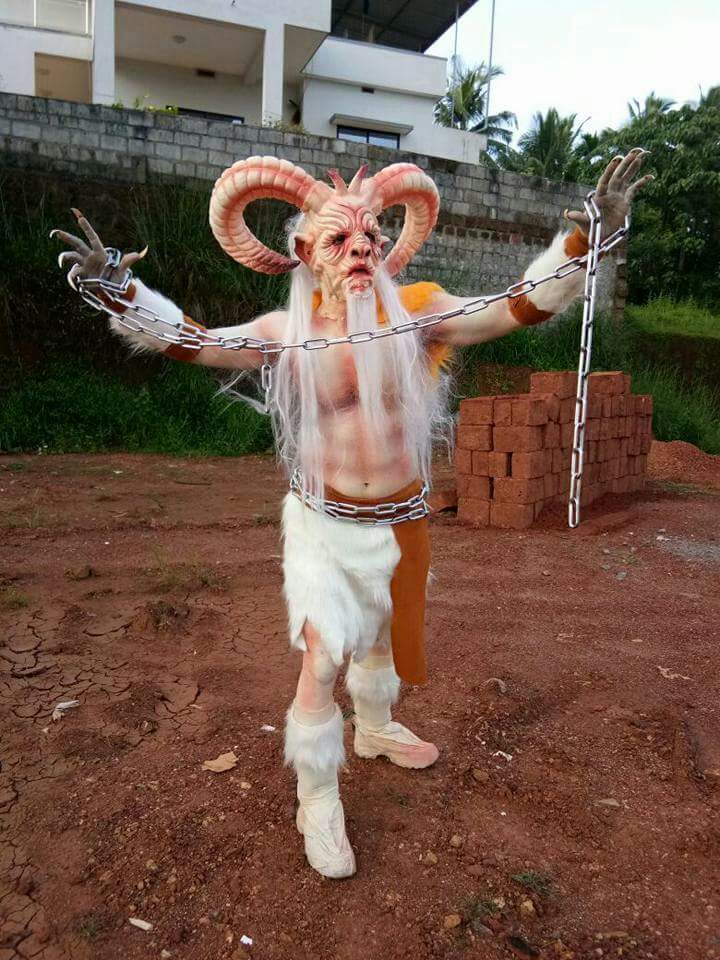 What's next: While the money spent on each costume depends on the character, the highest they've spent so far is ₹40,000 on The Amazing Monster

Within two days, Ravi and his friends collected Rs 1,04,810 and gave it all to the child's mother. "When I gave her the money, she started crying and then, I couldn't help but cry as well. The money was used for the child's treatment and no, she is able to move her right arm," says Ravi, proud of his first success story. As of now, Ravi and his friends (there are over a hundred of them) have banded together to help 17 children with their treatment and have collected around Rs 19,34,000.

While the costume and design are decided by him and his friends, the expenditure for the costume is also taken care of by them. "These are my friends from school, gym and the neighbourhood. We even have a WhatsApp group called Ravi Friends Katpadi and it is where we discuss matters regarding the costumes, the children and everything else," Ravi adds. While the money spent on each costume depends on the character, the highest they've spent so far is Rs 40,000 on The Amazing Monster, which they bought from the US.

Even though resourcing money for the costumes has never been a problem, Ravi says that the toughest part is getting ready as it takes him 24-hours to get ready and he can only have liquid food for 2-3 days. "It takes me 24 hours to get ready. I sip tender coconut water and other juices during these three days as I can't eat anything. There were times when I have developed skin rashes from the paint that is used on my body, but I don't mind it as it is for a good cause," he says. When asked about his future plans, he is quick to point out that he has no intention of stopping this noble deed anytime soon. "I want to continue this as long as my legs and arms work," Ravi concludes.