For a few residents in Fort Kochi, Saturday mornings are about taking things into their own hands. Sitting with their feet out on a few benches resting at the side of the ocean, the core members of The Clean Fort Kochi Foundation (CFF) put together the story of how they began cleaning Fort Kochi two years ago. Made up of homestay owners, hotel owners and plain old concerned residents, the team is Kochi's answer to The Avengers but with the added superpower of extraordinary persistence.

"Fort Kochi is a very small part of this city but also the most beautiful. Naturally, the government promotes tourism a lot," begins Auria Kiem, Chairperson of the organisation. "While the tourism is all well and good, we cannot sustain it if they are not ready to maintain it. A while ago, we noticed that the place was getting progressively dirtier and starting to look different than it used to. We started to think that there was more rubbish than there was the rustic history that was characteristic of Fort Kochi. This had been worrying all of us for a long time." 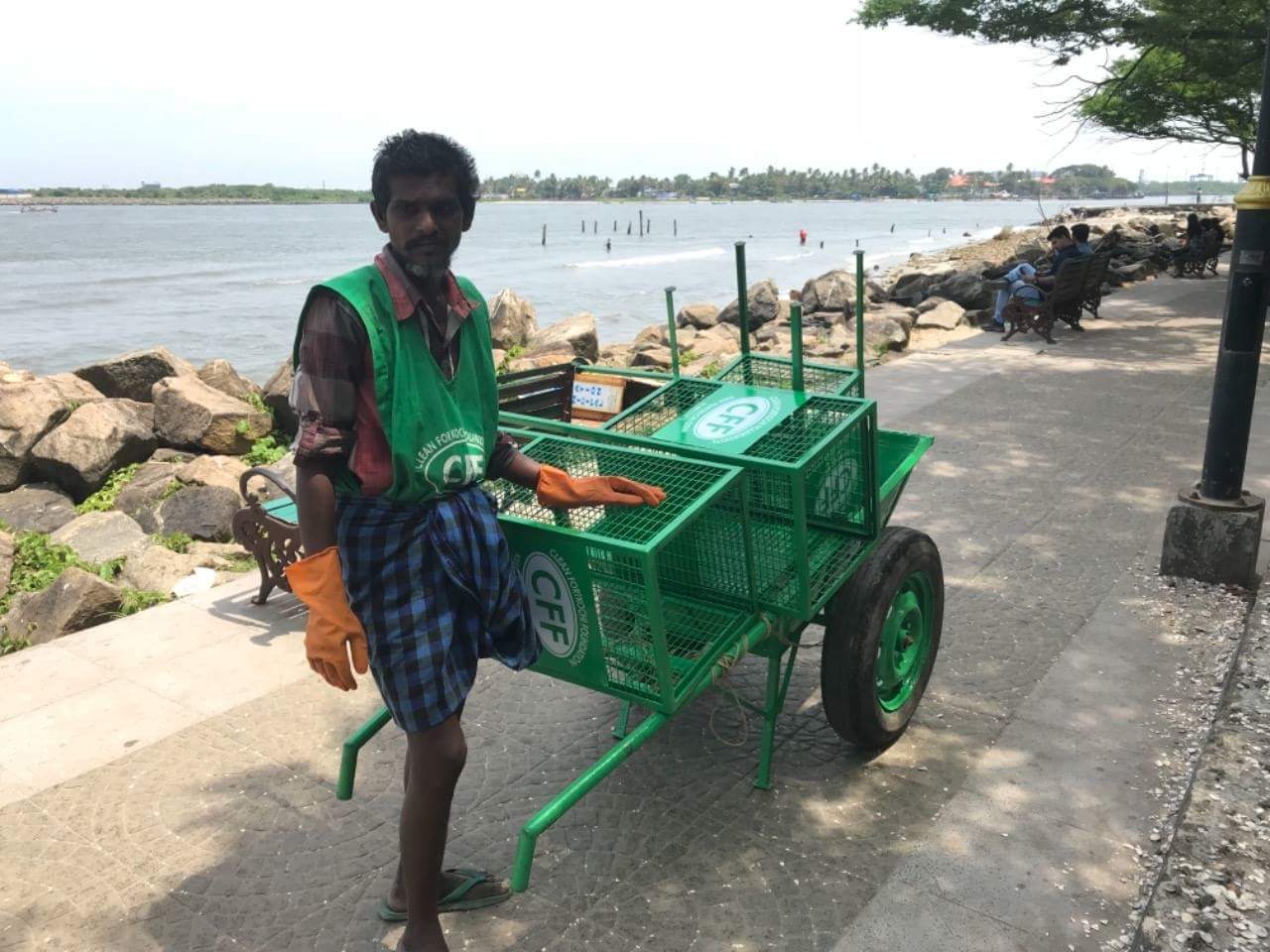 CLEAN SCENE: The team hires workers and supplied them with cleaning equipments

Around this time, the Fort Kochi Police Department launched Guest Care, an initiative to promote the safety and security of people within the area. This was in response to a rise in a number of crimes and public safety issues. The idea was, if anyone had a problem within Fort Kochi limits, you could post it on the forum and action would be taken. Auria and a few other concerned residents became a part of this group in a bid to bring about some social changes. She explains, "We didn't know where to start. Many of us thought that it was a good opportunity to reach out to people on what we could do. So once we all came under this umbrella, we all started brainstorming about the garbage problem. It was following this that we established CFF."

The organisation has 20 core members and more than 200 other members who coordinate with them on a regular basis. "When we first started out, we were not even able to take one bit of sand off of the beach because it was all flattened by seaweed that had been lying there uncleaned for years and there was a swarm of insects around the entire area that was unbelievable," remembers Auria. Since then, every Saturday, without fail, the group manages to pull out all that they can out of the clutches of the sea.

People here are very careful these days because of the strict policing that we have been able to bring about. If we see anyone littering we immediately send a picture or a message to the police. We make a huge hullabaloo about it

"We also hire about 5 or 6 workers and supplied them with gloves, baskets and rakes. We collect all the waste in these baskets and wait for the trucks to come and pick them up," says Auria pointing towards a large mound of baskets teeming with what looked like all the waste the ocean had to offer. "This is not even the tip of the iceberg," the members laugh at my wonderstruck face. "The waste we have on the beach is not actually from here. Sure, there may be a few vendors and tourists who litter here and there. But the larger issue has nothing to do with the residents. It is brought in by the current from nearby towns and a lot of it is waste from ships that pass by and the phenomenon of waste simply being passed on from one place to the other. "

The waves thrash against the shore, as though it was beckoning for our attention. A few group members go in search of the waste trucks as Auria begins to elaborate on the phenomenon of waste being passed around, "Another issue that we need to tackle is what happens to the waste once we collect it. We don't have a mechanism in place to deal with the waste once we collect it. Honestly, it hurts us a lot even after we clean the place up and send the waste away. We are not left with a clear conscience because it's just taken from one place to another where it will just litter some other area. But it is not in our hands to fix this, it is the government's responsibility, ultimately. What we have some satisfaction about is the fact that there is at least the seeds of a  movement being planted right now. We are asking questions and taking matters into our own hands." 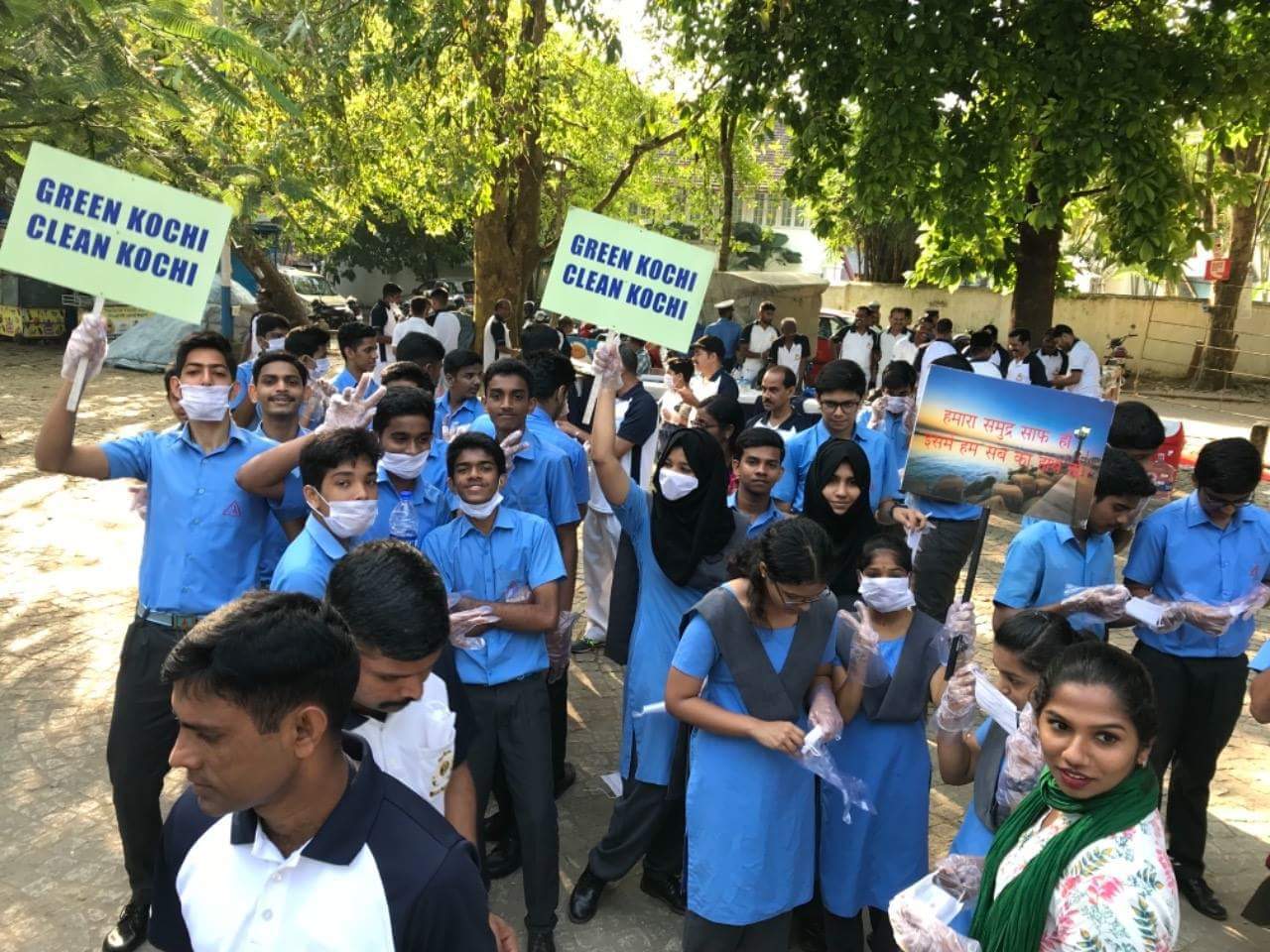 How has this small group of ordinary people found the will to effect change that has evaded entire governments? Auria smiles, saying, "People usually push these things away regardless of how much it bothers them by saying that it is the corporation's job. But the undeniable truth is that we elected our people. So unless we give them the right push, not much action will happen. It may not be right or convenient but with the way our democracy is working right now, we have no option but get our own heads involved in this. Unless there is a movement from our people saying that this is not enough, there's never going to be any momentum. They never forget to collect our taxes, why do they keep forgetting their own duties?"

"This is why we need to ask these questions ourselves," she affirms. "And we can vouch for the fact that having pushed them, we've been able to witness some unprecedented changes. Recently, they have begun to offer trucks of their own accord without waiting for us to beg them. There is a growing iota of responsibility among our officials. So change happens when we demand it and that has to count for something. They cannot shoo us away. Because this is a democracy, they have to cooperate with us at the end of the day."

The group reminds me that they are a non-political organisation of like-minded individuals. These heroes put aside the work piling up in their hotels and offices to try and serve the city that they love. Auria put it best when she said, "Fort Kochi is a very small place where we have been trying to make a few big dreams come true. We hope that it can become a model town for the rest of Kerala and even the country. This is our vision." A large wave makes its way to the tips of our toes. Looks like the sea and all that is around it finally found someone who will answer their calls.