Ashik Hameed, a Biotechnology student from NIT Calicut has become the first ever student outside of the Computer Science stream to qualify for the Google's Venkat Panchapakesan Memorial Scholarship

Curiosity killed the cat they say, but in the case of Ashik Hameed, a final year Biotechnology student of NIT Calicut, curiosity is what helped him win Google's prestigious Venkat Panchapakesan Memorial Scholarship for 2019.

Ashik became the first ever student outside of the Computer Science stream to qualify for the scholarship. The scholarship is aimed at identifying students who are passionate about computer science and engineering, with a larger vision of promoting sustainable development. The programme entails a week-long trip to the US, where Ashik and five other students who won the scholarship will meet with the YouTube head at their head office in San Bruno, California. Apart from this, the students will receive a sum of $750 as their stipend till their course end and an extra $220 for funding their environmental projects.

"I usually look for opportunities everywhere, be it inside the college or outside. Last year a student from Kerala had received the same scholarship and he had travelled to the US and met with the prominent tech leaders there. That's how I came to know about the scholarship," says Ashik who is constantly on a look out for newer opportunities to satiate his hunger for learning. 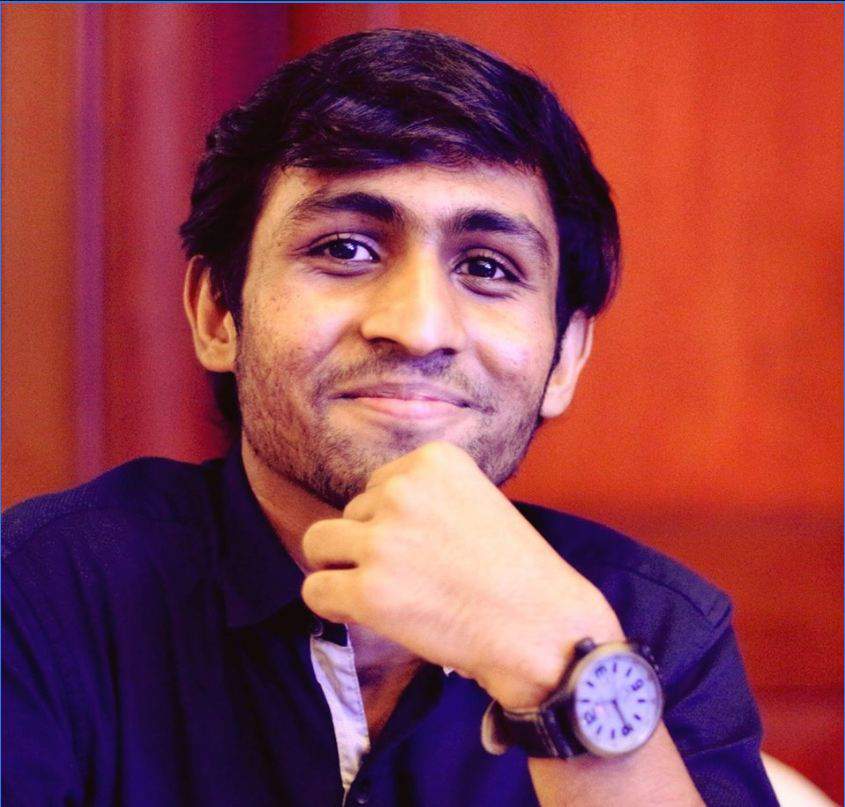 Curious cat: Ashik is always on a quest to better himself. In October, he was chosen as a team leader for Facebook's School of Innovation training programme(Pic: facebook.com/Ashik.Lacosty)

Though he has spent half his life in Abu Dhabi, his family has been in a lot of financial distress ever since they returned to Kerala. Eldest among four siblings, Ashik often seeks financial aid from his college to fund his travel and he believes that the scholarship would greatly support his educational needs till the end of his course. "My family finds it hard to pay my fee as I have three younger siblings. Once we moved back to Kerala from Abu Dhabi, things haven't been so good. My father tried to start a business with the meagre savings that he had but it wasn't successful. He has been unemployed ever since and we are in great financial distress. This scholarship is a boon for me as it will cover every expenditure, including my cab fare from home to the airport," he adds.

As for his family they cannot believe Ashik's good fortune, "My family is very happy and they are not able to believe it and my relatives are also every elated as this is the first time that something like this is happening," says Ashik.

Ashik's deep interest in Augmented Reality (AR) and his experience of working for a Virtual Reality (VR) project at Technopark has helped him stand out from a pool of candidates. Prior to this, in October, Ashik started his training under Facebook's School of Innovation and he is currently training under India's leading AR specialist. "At the end of the training, I will have to pitch a product at their Gurgaon head quarters here in India," Ashik says.

His thesis on using AR to help autistic children communicate better with a virtual robot had won him recognition at IIT Delhi "During my second year, I submitted a paper that explores the usability of AR in helping autistic children learn better. Autistic children have difficulty in interacting with humans but they easily interact with toys. My paper explored how AR could be used to help these children interact and engage better," says Ashik.

One of the main aspects that Google looks for in a Venkat Panchapakesan Memorial Scholarship awardee is their drive to make the world a more sustainable place. Ashik's work in identifying local talents in the Malabar region played a vital role securing him the scholarship.

Having studied in both, a top CBSE school in Abu Dhabi and also in a vocational higher secondary school in Kerala, Ashik says he could easily distinguish between the teaching quality. He says that the lack of quality teaching he experienced in school was what pushed him to hold fests like Interface 2017 and Techathalon Hackathon at NIT campus. "Interface is a national-level launch pad for students from the Malabar region. One of the main drawbacks that students here face is the lack of opportunities to display their talent as they have to go for tech fests in Kochi, Thiruvananthapuram or Bengaluru. So I realised that there is a lot of talent here but lesser scope of displaying it. I started Interface 2017, where students from across Malabar participated and it became a platform for them to showcase their talents," he describes.

Several students from these programmes gained recognition from top tech leaders in India and gifts worth Rs 4 lakh were given away to the winner. "The students displayed wide range of abilities and skills. In fact, the winners were school children who developed an electricity generator that runs on water. Another interesting innovation was creating paints from plastic. I believe all these initiatives that I undertook played a crucial in helping me win the scholarship," Ashik concludes.